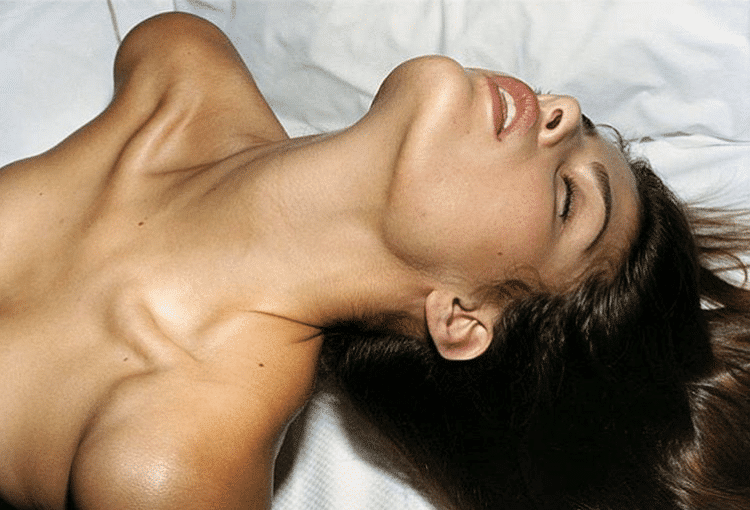 In this week's column, Anouszka Tate answers this question and also one about whether or not to keep down noisy sex. Yes, there's no beating around the bush here, so to speak.

This is one of those ones that I’m going to have to start by saying if your partner has made it explicitly clear she doesn’t feel comfortable with a certain sex act, you absolutely have to respect her boundaries. You’re not entitled to explore your fantasies with someone else at the expense of consent.

Next up, the prostate. Often referred to as the male g-spot, it lies a few inches inside the rectum, towards the stomach, and feels a bit like a walnut. Again, you’ll want to apply slow, firm pressure. You know that ‘come hither, sweet darling’ finger motion we’re always told will find a woman’s g-spot? Yeah, it works here too.

Settling in for the evening and exploring what speeds and strokes your body responds to could have a big pay off – some men are able to orgasm from prostate stimulation alone. It’ll feel like more of a full-body experience than the concentrated dick orgasm.

Apparently my boyfriend and I make a fair amount of noise when we’re having sex and my housemates aren’t too happy about it. Do I try to keep it down but not enjoy myself as much, or buy them earplugs?

I’m not sure I’m the best person to answer this because this so doesn’t bother me. Honestly if I’m in the zone said exasperated housemates could burst into the room to complain and I probably wouldn’t notice.

Once at my boyfriend’s parents’ house the dog starting barking in harmony with our moans from downstairs. Everyone in the house was most definitely awake. Would I have even dreamt of stopping? Most definitely not.

Likewise it doesn’t bother me if I hear other people having sex. If anything I make a mental note to congratulate them on unapologetically seeking out pleasure. Blame my parents for raising me to believe sex is something to be celebrated. Groundbreaking theory I know.

It’s fascinating that if we live with a couple who fight all the time we don’t feel it’s our place to intervene in their shrieking brawls, but heaven forbid we hear other people having sex. We’re comfortable with allowing couples to communicate their anger but not their joy?! Weird flex but ok.

You sound like you’re on my team – if you’re going to bother having sex you may as well do it properly. If moans, groans, sighs, and cries are how the two of you express yourselves then more power to you for knowing what gets you off.

However, if this is genuinely causing a problem in your friendships, there are compromises that could appease your housemates. For someone who craves a cacophony, trying to be quiet can be an unexpected thrill. It can be extremely sexy having your boyfriend, a wry smile on his face, staring into your eyes willing you to keep your mouth shut when all you want to do is scream in ecstasy. Play with volume and breathy whispers, which can feel as hot on your neck as they sound.

Put music on to muffle your noise – you clearly respond to aural stimuli so it might even add to the intensity for you, as well as leaving you safe in the knowledge your housemates are happily bopping away to the beat downstairs.

I’m wondering if part of the problem could also be solved with a trip to Ikea, or another furniture store of your choosing. A beat they’re less likely to want to hear is that of a dodgy bedframe rhythmically clattering against the wall. This one’s a win win because you don’t want to be ripped out of the moment by a splintering headboard either. I’ve lost count of the number of times I’ve had sex on floor because carpet burns > mind-numbing repetitive thumping…