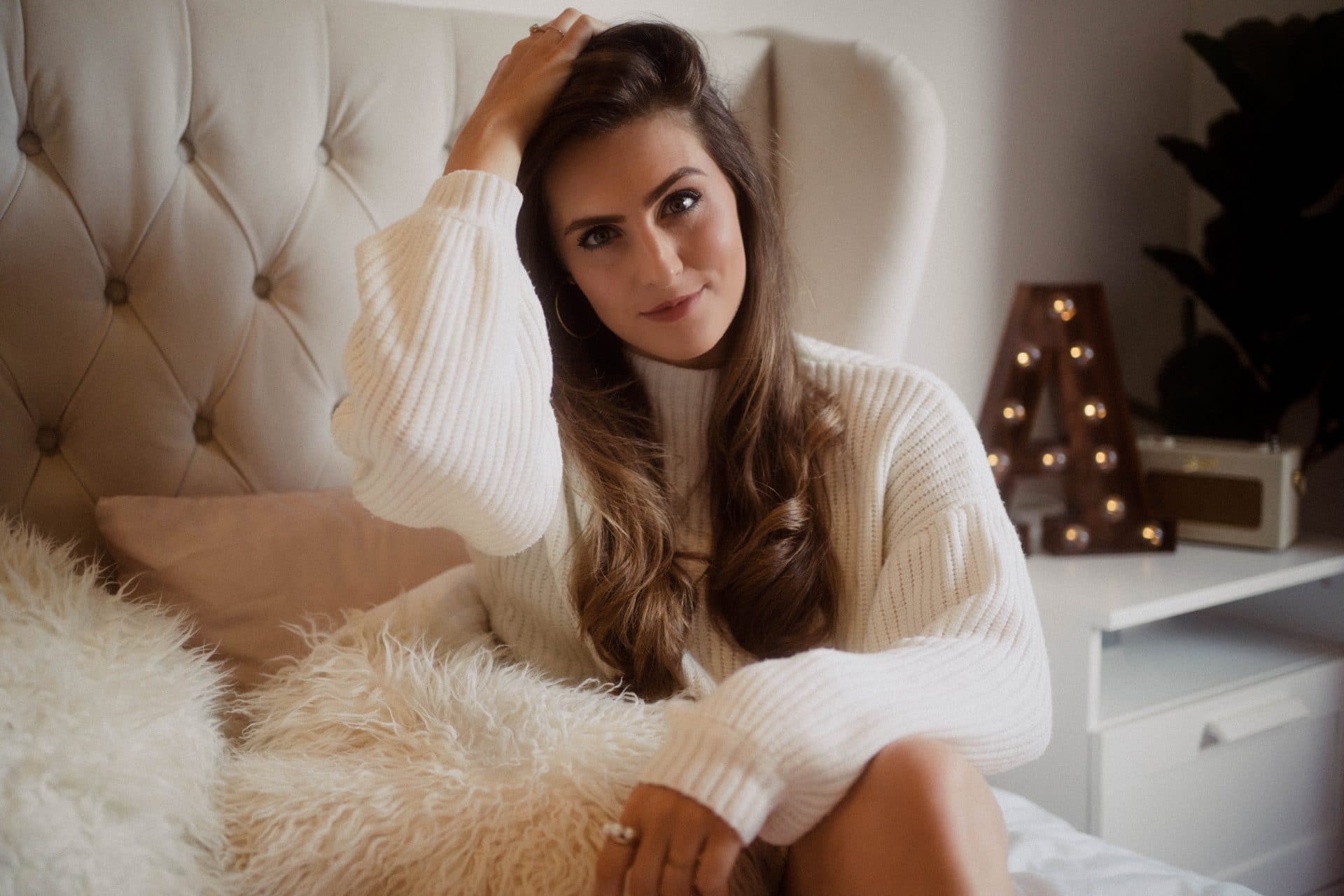 Can outdoor sex be good sex?

Anouszka Tate answers your sex and relationship questions, including how to make sure your al fresco sex is actually sexy.

My girlfriend wants to have sex in places that aren’t our bedroom – probably outdoors. I don’t quite know why but I feel a bit weird about it. Maybe it’s because I really don’t like breaking rules, but also I’m just not sure it’d ever actually be good sex! What do you reckon? I do want to get past it because I obviously want to do it for her.

Hi, hello, welcome along… you’ve written to the right woman. Were there some sort of pleasure council I’d be voted Advocate for Outdoor Sex in an instant. I shan’t run through the CV that got me that position.

I take this office very seriously and will thus get the dull but necessary stuff out the way first: sex in public toilets is still an offence, but sex in other public places isn’t. Caveat! Unless it’s witnessed or there’s a reasonable chance at least two members of the unsuspecting public might see you, then you could be charged with outraging public decency.

Basically it’s a bit ‘if a tree falls in this incredibly enticing forest, but no one’s here to hear it… did it really fall?’ The law isn’t there to stop you getting off, it’s there to protect those who don’t want to look on.

Start close to home. Like literally by the patio doors. If you’re lucky enough to have a garden, do a reconnaissance mission and find the spot that’s not overlooked by neighbours – that low hanging tree you’ve been meaning to cut back for ages will suddenly become your best bud.

Why is most patio furniture so delightfully cushioned? Do the varying heights of tables and benches offer numerous naughty angles? Gosh, was that swing-seat I bought off eBay a good buy after all? You’re about to find out. The moment you reach your comfortability threshold, you can dart back indoors no problem.

Ready to start venturing further afield? Come prepared. Today is not the day to wear clothes with inordinately fiddly buttons and buckles. Remember the thing about not outraging public decency? Full on nakedness won’t help your cause, so go for clothes with easy access.

A warning: the great outdoors is messy. There’s mud and sand and bark and spiky things out there. That’s part of the fun – good heavens, please do not try to take yourself seriously while you’re having al fresco sex. Remember to laugh together. But also remember to bring a blanket. An oversized beach umbrella can also act as a wind / dignity shield of sorts. Lube, as bloody always, is your friend.

Water, slippy and slidey as it is, is wildly sexy. The gentle bobbing of waves helps make under water activities less obvious in the ocean and is also quite helpful for buoyancy reasons. Private swimming pools also feel like they’re going to be sexy but it would be remiss of me not to point out they’re not the most sanitary of places.

I mean look guys, I’ve done it, I’ve lived to tell the tale, but the idea is sexier than the sex itself. Because here’s the thing – you’re right that sex outdoors might not be the best physical sex you’ve ever had. The delicious thrill of having sex outdoors is likely to be more pleasurable than the mechanical sex itself.

But that’s not a mark against it.

The biggest sexual organ is the brain. It’s your brain you want to be tantalizing with novel experiences.

So much of sex isn’t (or at least I don’t think it should be) about the physical act. It’s about the intimacy, and the shared experience. You’ll likely have had sex with your fair share of people in your bed – no shade here pals – but the joy of sex anywhere other than your bed is the spontaneity. It’s the random combination of factors that have brought you and this person together in this particular place at this particular time. It’s a bonding experience as much as anything. It’s a moment so specific that only you two will ever share it. And that does mad things to your brain.

You may well find yourself feeling more sexually liberated. We all struggle to get off the heteronormative script that dictates what sex acts we are meant to like as it is, and it can be even harder to break away from our premeditated formula when the context (sex with same woman in same bedroom) remains the same.

Don’t underestimate the power of a breeze against your skin and a raised heartbeat at the thought of being caught.

You’re more likely to lose your inhibitions. You’ll care less what you look like and won’t be constrained to your normal failsafe moves. Once you free yourself from the idea that it has to be the best physical sex of your life, you’ll allow yourself to be fully present with your partner.

In summary: sex outdoors can be incredible. That’s a (secluded) hill I’m willing to die on.

I’m shorter than average and I only like dating women smaller than me which diminishes the dating pool, but even within that pool I do feel like I’m unfairly or quickly judged just for my height. How can I stop this happening?

Ok, normally I can offer a relatively quick and concise answer to reader questions – advice that can remedy a situation almost immediately. I’m afraid this is much bigger than you (pun genuinely not intended).

Would you like to know the source of your upset and frustration?

This is toxic masculinity roaring at the top of its lungs and beating its chest. This is why feminism benefits everyone of every gender, and why you – as a man – should have a huge vested interest.

Western patriarchy puts masculinity and femininity on pedestals. Granted, the former gets a higher and more decorated stool than the latter, but both symbolise certain ideals that must be upheld. They both strictly prescribe certain characteristics.

Patriarchy teaches men that they are strong, both physically and mentally. To be anything less is to be less of a man. They are to be protectors, and this often means asserting that physical strength. Men are told that their presence must be felt, and that they must therefore take up space. Indeed, that it’s their right to do so.

To be a protector, a man must have someone to protect. Enter woman, taught to be man’s opposite. Soft, petite, dainty. Feminine. In order to be socially acceptable, un-intimidating, palatable to men, she shrinks herself – both her voice and her physical body.

Women of all heights seek taller men because the patriarchy has told them that they should be the smaller one in the relationship. They should be shorter and lighter than their partner. Societal messaging makes us want to feel like a ‘proper’, feminine girl.

Meanwhile, men of all heights feel much more comfortable with shorter women because it’s an outward expression that they’re fulfilling their role of ‘Man: The Protector’.

So to come back to your question more directly, what I want you to hold on to is that when a woman dismisses you for your height, it says more about her own internalised misogyny, body image, and self-esteem than it does about you. I appreciate that’s not hugely helpful for you because you can’t immediately affect what’s been going on in the brain of Woman You Want To Date for the last couple of decades.

However, you can be part of the conversation that changes societal norms…

…because men also continue to enforce this social construct by insisting on women being smaller than them in order to boost their own ego. (Note, you too are buying into this, so check yourself as well as questioning women’s reactions to you).

A lot of men put their height in their dating profile which doesn’t help the situation. I do often wonder if this is the 21st century equivalent of screeching round urban streets in a sports car – ie. let’s lead with this big show of dominance because honestly it’s all I’ve got going for me. Talk to your male friends, question their preferences and probe their insecurities because they’re part of your solution.

There’s also a self-esteem piece on your part here. Yes, I appreciate we live in a visuals-centric world that forces us to make snap decisions based on appearances, but if you are able to get past this initial barrier, do not then spend the date being shy or self-conscious or dwelling on this one perceived weakness. 1) It’s not a weakness, and 2) your confidence and calm energy is ultimately what will draw Date Woman to you.

It’s easier said than done, but the less you care about this, the more you’ll attract the women who also don’t care about this. Once you let go of the idea of appearing ‘masculine’ or ‘dominant’ you’ll be able to trust that the women who are interested are genuinely there for you. You’ll be able to see your positive traits too, rather than getting wrapped up in your own negative image.

It’s incredibly difficult to untangle which of our preferences are truly our preferences, and which are socially constructed, because literally all of our likes and dislikes – in and out of the bedroom – are informed by the world we’ve experienced around us. So to some extent we all need to cut ourselves a bit of slack.

Intellectually we can understand and accept that this is nonsense, but emotionally it can still hold power. That’s ok, but from here we need to work towards unlearning a lot of shite we’ve taken as gospel.

Basically we’d have less of a problem if we stopped aspiring towards masculinity and femininity like they themselves are physical and character traits. It’s incredibly heteronormative and unhelpful for everyone involved to feel that within a relationship it has to be clear who is the ‘man’ and who is the ‘woman’.

So a note for everyone: dismantle the patriarchy, constantly question your own judgements, and ultimately let yourself fall for a person – whoever they are – without fear.