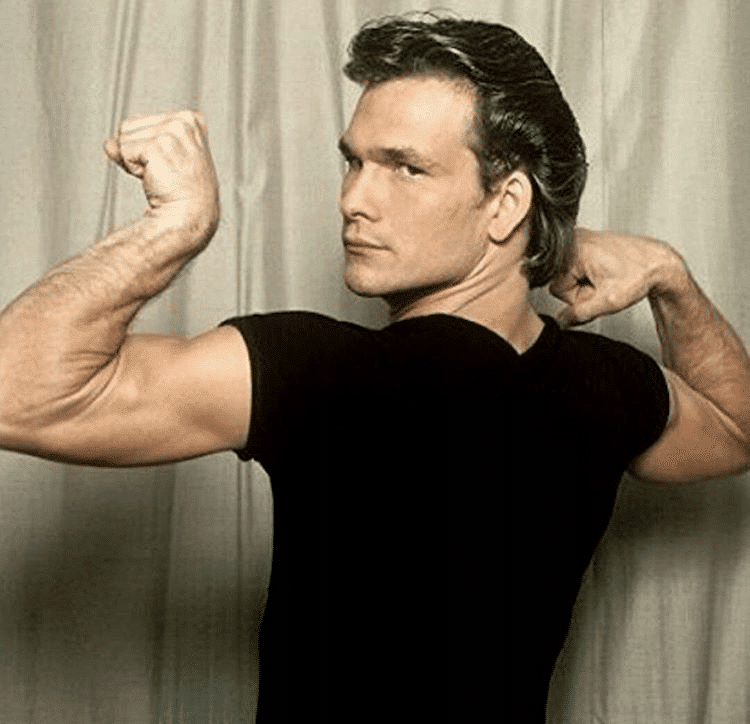 Courage to the end

What do Jade Goody and Patrick Swayze have in common?

Kevin Godlington on the power of acceptance and vulnerability - and why everyone from soldiers to reality TV stars are capable of showing such powerful human behaviours.

Jade died of cancer, and her book recounts this journey – it is deeply moving. For reasons I couldn’t fathom at the time, it touched me in a way many memoirs and biographies hadn’t. I had read all the greats, the autobiographies and published diaries of Churchill, Luther King, Gandhi, Mandela, Jesus Christ and even Genghis Khan, but none had made such an impression on me as Jade’s.  I can even remember where I was when I read various chapters, such was the powerful intoxication the words had on me. I couldn’t put my finger on why. It wasn’t well written, it wasn’t particularly exciting, but nonetheless it was immediately and immersively inspiring. Hypnotic almost.

A year or so after that, and perhaps a dozen more books of uninspired claptrap later, I came across Patrick Swayze’s biography, and the same thing happened. A bizarre and compelling feeling of complete and total connection overcame me. I was truly bewitched by the content, hanging onto almost every word, often going back and rereading chapters. I have an uncanny and almost embarrassing encyclopaedic knowledge of Jade and Patrick’s lives, something I rarely share for reasons that are obvious. The holes in their stories were filled with idle googling to qualify dates and timelines, such was and is, I guess, my fixation with their narratives. Their loves, their lives, their emotions, their feelings, their unique and unequivocal acceptance of their morality and mortality, and how they came to terms with their ultimate demise; and moreover the steps they went through to achieve that, after denial and shock. Their terminal cancer diagnosis, and acceptance thereof, is a journey into the very soul of our being. It is the most moral part of our ethics as human beings.

Both of them died with great courage and dignity and relied heavily on those around them in those most dire moments. They accepted their vulnerability and this is why I loved them and admired them so.

Acceptance and vulnerability. This is what Jade and Patrick had in common.

As a soldier I have witnessed profound courage on and off the battlefield. I’ve seen human beings do amazing things for their fellow man. Things that have humbled and inspired me. But alongside these heroes are the stores of normal people, those who don’t always get to be a hero; when they expire themselves in a noble and erstwhile cause, they don’t get the medals and the eternal glory, they don’t get to live and die immortalised for their sacrifice. Maybe they would have liked to? Maybe they would have loved to volunteer to run suicide missions behind enemy lines? Maybe there is a place for terminally ill people in the military, one last chance to do good, to make a difference.

The great and late Christopher Hitchens in his final notes and writings, also faced with his terminal diagnosis wrote, “those who have done nothing for humanity, should be embarrassed to die.”

The young mothers and fathers at their most vulnerable have only one way to go: to die, to accept their mortal coil is expiring, and to try and die with dignity and good cheer. Such that their young children will remember them for their zest and spice, and not their terminal pain, and physical wasting. To do this when those who love you lie watching, witness to your worst and most vulnerable period, is no easy task. It requires a sense of personal identity, purpose and acceptance that is quite rare. As hospice and palliative end of life medicine has shown, most people do not accept, most people do not let go. Jade and Patrick did, and there are lessons and examples to be found here in their tales. You can read about my pals who won Victoria Crosses and Military Crosses in Afghanistan and Iraq, and so you should, I happen to know and be close friends with many of the most decorated soldiers of our generation, each of them emperors amongst men. But if you do read them, then also read about Jade and Patrick, yhey are just as inspired and brave.

In later life, having overcome many demons myself from deeds and places left far behind, I take great comfort in the knowledge that when my time comes to be vulnerable and to accept, I do so in the arms of my one true love. The ability to show this level of complete and total vulnerability and acceptance is what it means to be human. We are born and we die. We cannot control when, but we can control how.

They say Shakespeare’s genius was his total and complete understanding of all that it meant to be human, a total encompassing acceptance and belief in the human conscious experience, the vulnerabilities we possess and how we battle them. The human condition. Perhaps. But if that is true, then so did Patrick and Jade, and maybe in the end, so do we all.