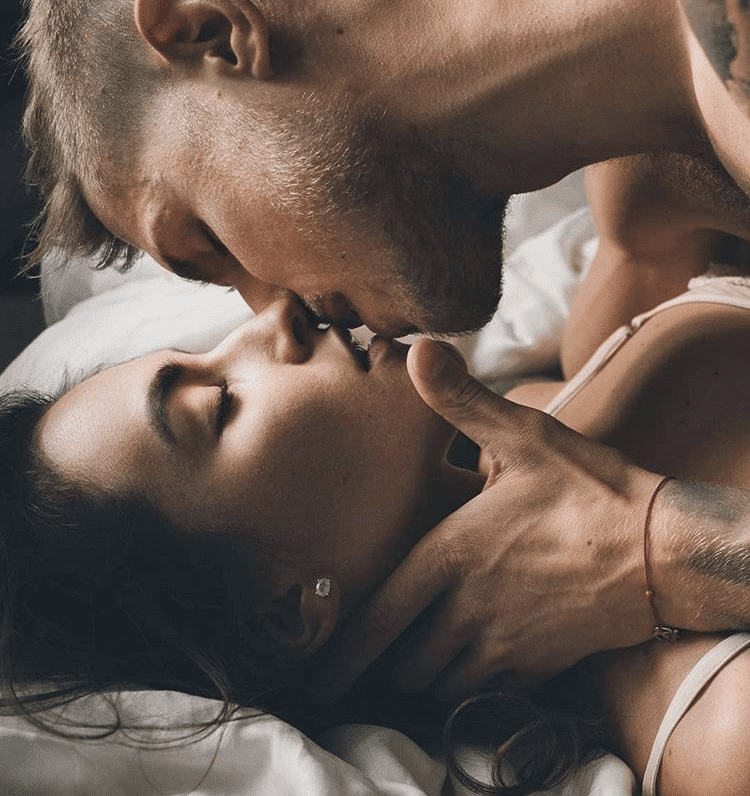 In this week's Ask Anouszka advice column, our sex positive columnist answers questions about the safety of period sex and worries around rough sex.

My girlfriend’s up for period sex, I don’t have a real problem with it (I don’t think!) but just want to check it’s safe and stuff?!

It’s no wonder your girlfriend’s up for it: progesterone – the hormone known to lower libido – is lowest at the beginning of a woman’s cycle. Plus, during week two increased oestrogen and testosterone create a heady hormone cocktail that helps desire soar. There’s absolutely no reason the two of you shouldn’t be taking advantage and having lustful period sex, just take the usual precautions.

Remember that school-wide rumour that a girl can’t get pregnant if she has sex on her period? We need to leave that to perish behind the bike shed along with the CD Walkmans and the broken Tamagotchis because that’s not true. Sperm can survive in the uterus for up to 7 days (yeah, determined little buggers!) so if your girlfriend ovulates in that time she does run the risk of getting pregnant. Using a condom is an easy work around though, so no more dramatic measures to practice safe sex than you’d normally engage in there.

Quick biology lesson: the cervix – that’s the gateway between the vagina and the uterus – is slightly open during a period because it needs to allow the blood out, so there is a marginally higher risk of passing on STIs because pathogens have a chance to reach places they wouldn’t usually. Plus, germs like the less acidic environment created by a period.

However, you get regular STI checks, right? Right? If so, you already know if you’re positive and need to be taking precautions while having sex. If one of you has an STI and you’re having unprotected sex, you’re likely to pass it on whether your girlfriend’s menstruating or not. So again, you don’t need to worry about going out of your way to do anything, buy anything, or use anything wildly different to normal just because your girlfriend’s on her period. The same rules of safe sex apply. Just use a condom.

On the off chance that by asking if period sex is ‘safe’ you meant ‘safe’ for your crisp white linen sheets, let me quickly address any potential mess concerns. The average period consists of 30-40ml of blood over the course of a number of days. (For reference, your Friday night tequila shot was 25ml). Break that shot glass amount down into the number of minutes you’re actually having sex and, well, it’s not that much blood is it? You probably accept the sweat, semen, and saliva stains as part and parcel of sex, so think of it as just another beautiful bodily fluid. If it does feel like a barrier though, just whack a dark towel down, stick to you on top (her on top = more gravity…) or have shower sex to wash it away.

Talking of things getting wetter, period blood is a natural lubricant. Slippy slidey levels are going to be off the scale which – along with those hormones I mentioned – might just make penetration more comfortable for your girlfriend (and you!)

Now, I will never condone anyone feeling they have to engage in any sex act just because their partner wants it, but you sounded fairly down with period sex before we started, so as a final thought to seal the deal… Depending on the length of her cycle, a woman spends anywhere between 6 and ten years of her life menstruating. That’s 6 to ten years of sex you could be having. Just a thought.

How do I tell my girlfriend I don’t enjoy being as rough as she wants me to be with her?

Ok, the first thing I’m interested in here is whether it’s that you physically don’t enjoy being rough, or that you mentally can’t get your head around it.

If you’re struggling with the latter, that you can’t understand why she would want someone she cares about to be rough with her, start by asking her what it is about rough sex that turns her on. She must trust you immensely to let you create an illusion of danger – this may well be her way of expressing emotional intimacy, for example.

Once you both understand the motives behind her desires, you can work towards finding compromises that realise those motives, but feel comfortable for both of you. Maybe she likes being tied up with ropes; would you feel happier just using your hands to hold her wrists down? If she usually likes being penetrated from behind could you try facing each other, so you feel safer that you can read her face, and know you’re causing her body to contort in pleasure, not pain? Instead of you penetrating her hard and fast with your penis, how would both of you feel about you using a toy to do the same thing to her instead?

If indeed your only barrier was not understanding your girlfriend’s desires, there’s space for this to begin a glorious conversation about the sex acts you do and don’t enjoy, and your boundaries within them. (Something I think anyone having sex with anyone, ever, should have anyway).

I’ve suggested these conversations because of the way you phrased your question. ‘I don’t enjoy being as rough as she wants me to be’ hinted there might be room for finding better alternatives. But – and it’s a big but – if it’s that you just don’t enjoy the kind of sex your girlfriend wants then telling her explicitly is the only option. No one should be having sex they don’t want. Period.

You ask how to tell her. Make sure what you say comes from your perspective; make it clear this is about your wants and needs so not to shame her for hers. Instead of ‘I don’t like it when you do…’, it’s ‘I love sex when I can…’ From here, it’s about communicating that neither of you is right or wrong in what turns you on, only that in order for partnered sex to work there do have to be areas of common ground. It’s up to both of you whether the common ground you do have is enough to give you the quality of sex you both deserve. 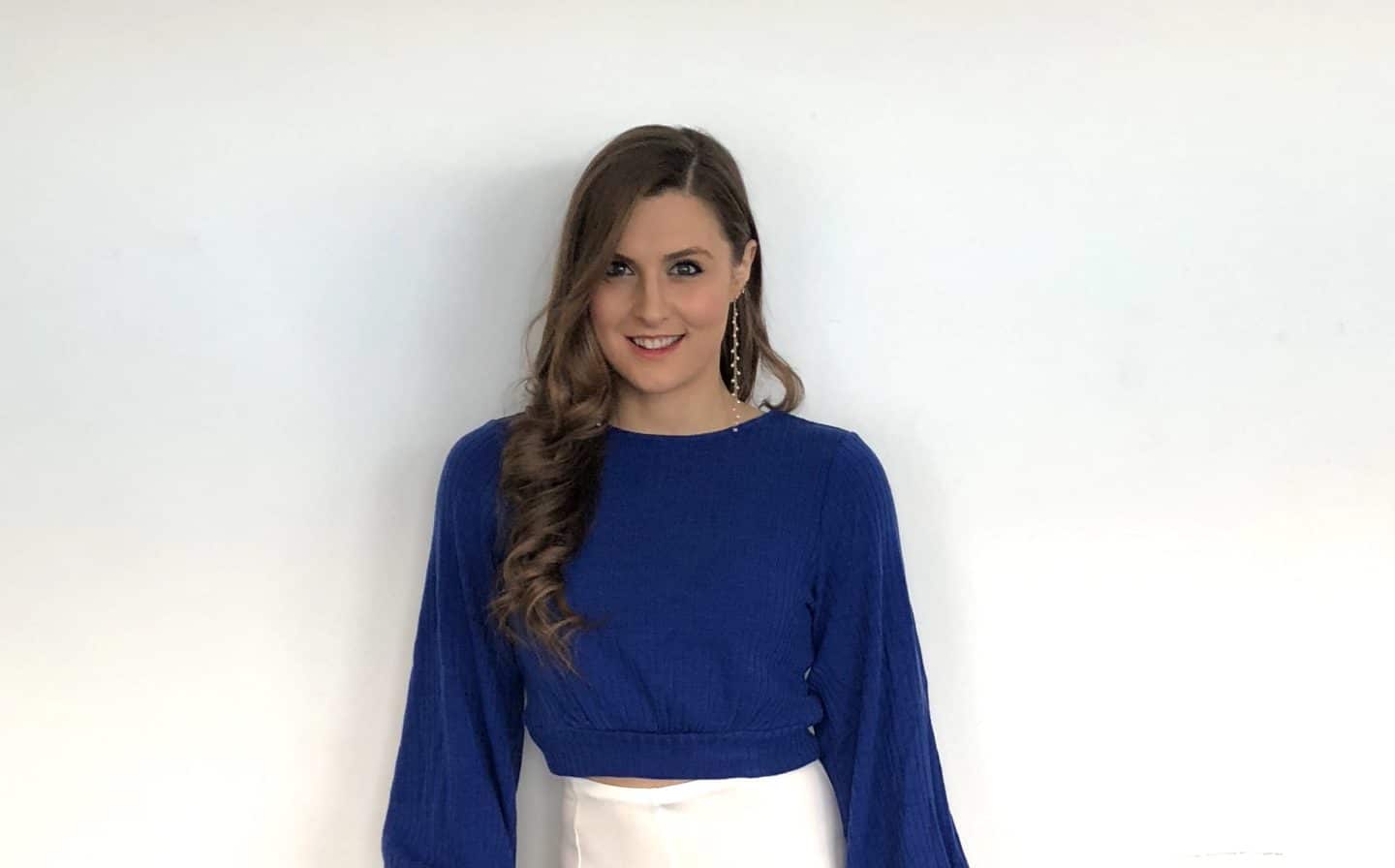 Sign up to our daily newsletters to read our columnists first, plus the best of the book of man.