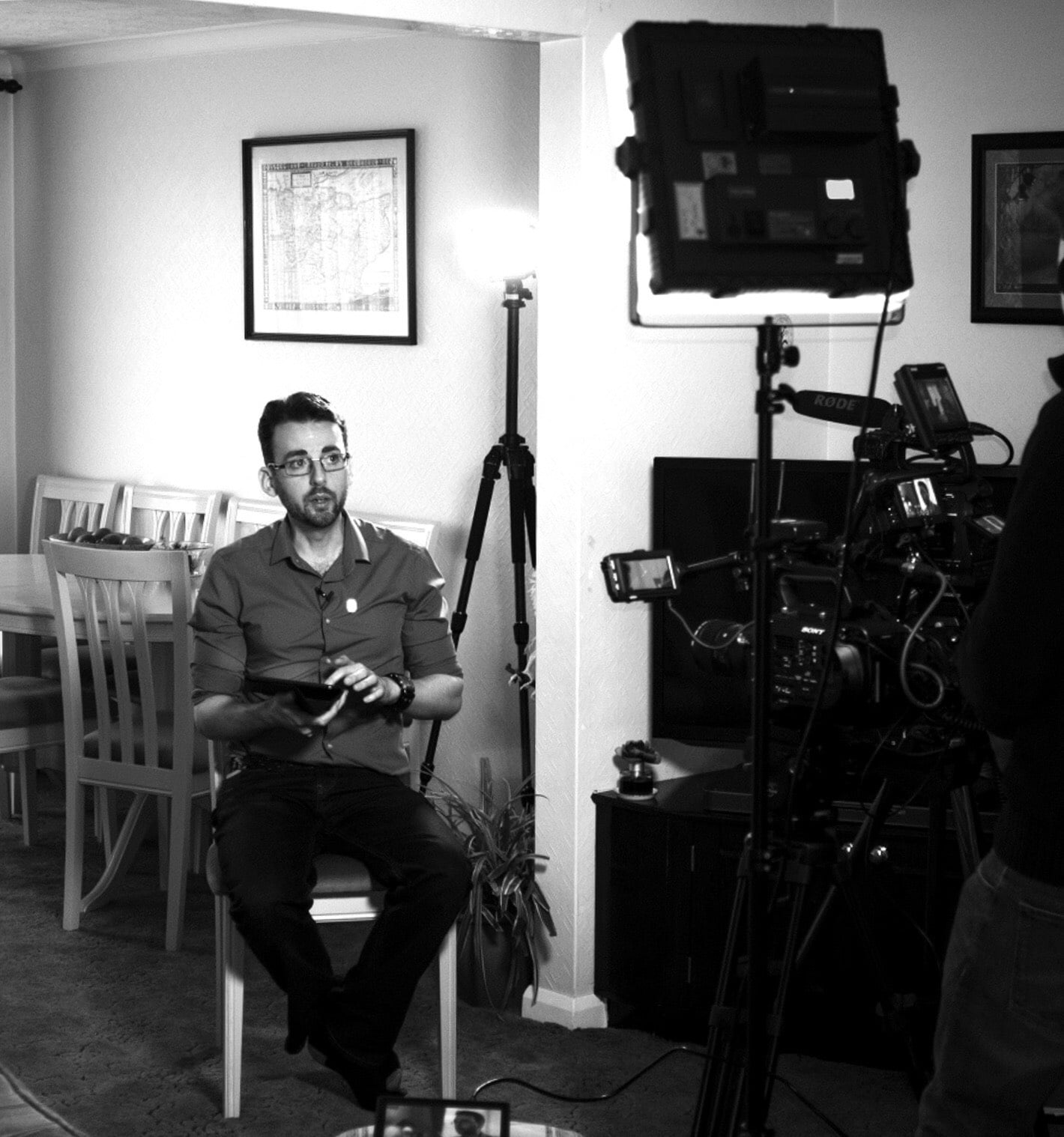 Social media and me

Jason Reed has been predominantly housebound for 30 years, and it means social media for him is "both a blessing and curse."

If I were to go back in time to speak to my childhood self and tell him that one day the world will be able to communicate in real-time, with anyone from across the globe, I would have started work on a homemade flux capacitor. The concept of social media is beautiful and is a highlight of our collective ingenuity, even better than hoverboards. What did we ever do before funny cat memes? During my childhood the television was my window on the world, so much so that I would like to think I could be the subject of a David Cronenberg movie. Childhood entertainment wasn’t so much saturday morning TV, but more late night television and its various treats.

Social media for me is both a blessing and curse. As much as it’s still feels strange for me to say, I’ve been predominantly housebound with a long-term illness for thirty years. When I was first ill as a child, social media was truly sci-fi, but now around one-third of the planet is now using it and taking it for granted, but has it turned out like we’d imagined?

To one degree or another we all have a relationship with social media. Some do not engage at all, others limit their time and are nonchalant. Then there are those who spend more time in digital conversation than in the physical world. It’s complicated and our interactions are breaking new ground. Since the age of 8 I’ve been largely left to my own devices when it comes to socialising. I’m fairly sure most schools had at least one child that was noticeable by their permanent absence, and yes, that kid was me. I would say that you can count on one hand the number of days I attended school, but that statement may allude to my level of education.

Recent research by Michigan State University compared social media addiction to the behavioural patterns of those who have problematic relationships with drugs with impaired and irrational decision-making process being comparable. Reading the headlines to this study led me to have a ponder about my own behaviour around social media. I’ve noticed that I have fluctuating digital confidence. If I’m able to be socially interactive in the real world, then I spend less time online. This may sound commonsense, but if I’m able to have a relatively normal period of being able to talk to real people in the physical world, my Twitter, Facebook and Whatsapp interactions are pretty flippant. I don’t over-consider writing or posting. But when facing isolation in the physical world, the digital walls can start to close in on you too. Often over-preparing and reassessing, you can lose the ability to ‘play it cool’.

I’ve gone through various different relationships with social media, from treating it as plaything and much needed outlet of humour and creativity, to having physical reactions of exhaustion due to it. I’ve managed to experience the best of social media as I’ve been fortunate to be involved in some great and high profile projects which have been moulded by Twitter and Facebook users. But I’ve also noticed that when the opposite is true, and when it does social media negativity can start to encroach on the real world. We often see public figures in Twitter combat only to delete their profile. Some come back, others don’t. This is just a small example of how tempestuous our relationships have become with our digital doppelganger. We interact in ways we simply wouldn’t if we were standing to be face to face.

My first real experience of digital chatting was in the mid-2000s when internet forums were all the rage. I was on a local live music website. Over the years, and with tallies of how many posts you had made proudly on display, I soon came to question my time on this HTML playground. I noticed that many of my fellow participants would leave before hitting the landmark 10,000 posts. Myspace came and went, and then the big guns came out.

I spotted Twitter fairly early on. I liked the fact it was more akin to online graffiti rather than a place for serious conversation. For many years I kept Facebook at arm’s length, it involved pictures and status updates of what you’d been doing, and as you may imagine, when you’re mostly housebound, there aren’t too many rip-roaring pics and updates.

As time went on, and with my work in various projects goading me, I did eventually relent and get a Facebook profile, utterly convincing myself it was not for personal use. Roll on a few years and I now feel like a DJ who’s spinning far too many decks. I now have the big three, Twitter, Facebook, and Instagram. On one hand they are the much needed outlet for interaction. I now have valued friends due to Twitter, and I’ve lost real life acquaintances due to Facebook.

I know many people with housebound illnesses, and I’m more than aware that I predominantly only know these valued friends because of social media itself. I would never have come into contact with other people in similar circumstances if not for digital outreach. Due to the tools afforded us we can now chat at our mutual convenience – and when you’re someone who doesn’t know what you’re health is doing from minute to minute – this relatively new method of communication is a leveller and allows for nuanced participation. You’ll often find, those of us with wonky health, well, real world conversations can be exhausting… and I mean physically exhausting. I know I have a certain health allowance before talking to someone, they unfortunately will leave me in a state of pain, it’s like watching a video game where the health bar goes down when facing end of level boss. This is why an opt-in service like social media is useful as it truly gives an extra life for those of us who simply can’t competitively compete.

But there is an irony and downside: FOMO – the fear of missing out.

I’ve always been lucky in my battles with illness. I know I’m not going to be an Olympian, possibly won’t be an astronaut, and you almost certainly won’t be seeing me down the pub, the real world rushes on but I’ve found my pace within it, but the digital world has created a new frontier. Social media no longer feels like a sedentary conveyor belt running alongside us, it now feels more like an overbearing foreman who demands participation. The relentless speed of Twitter, for example, means that you can miss important breaking news and reactions. So integrated has social media become to everyday life, if you don’t participate then you can often be left feeling redundant. I often wonder if I had stuck to only to using personal profiles and kept my interaction light, would I still be on there?

When you’re out of practice of being around people you often find you need to take a run up before interacting. Simple things, like Whatsapp groups; how many of us question our levels of interaction? Am I giving enough? Am I giving too much? I’m fairly sure that we’re soon going to need a new word for feeling like the self-aware person in a group interaction (and maybe a second new word for the person who is actually the annoying person in that collective group).

I’m going to be a romantic and believe social media is a force for good, connecting us in ways we previously only dreamed of, but we do need to bear in mind that we’re still in the very early stages. When you’re on the more wonky side of life and have a disability, you may have to assess your health more regularly and how best to treat yourself so as to minimise your symptoms – whether physical or mental. Perhaps those of us who have a social barometer-type illness, maybe we can be pace-setters and guides for this untrodden frontier? Or maybe we’ll be the first ones to drop out and live in solitude in a soundproofed comune. Chances are though, I’ll be posting this on social media if I have the privilege of getting published. Hashtag: Irony.