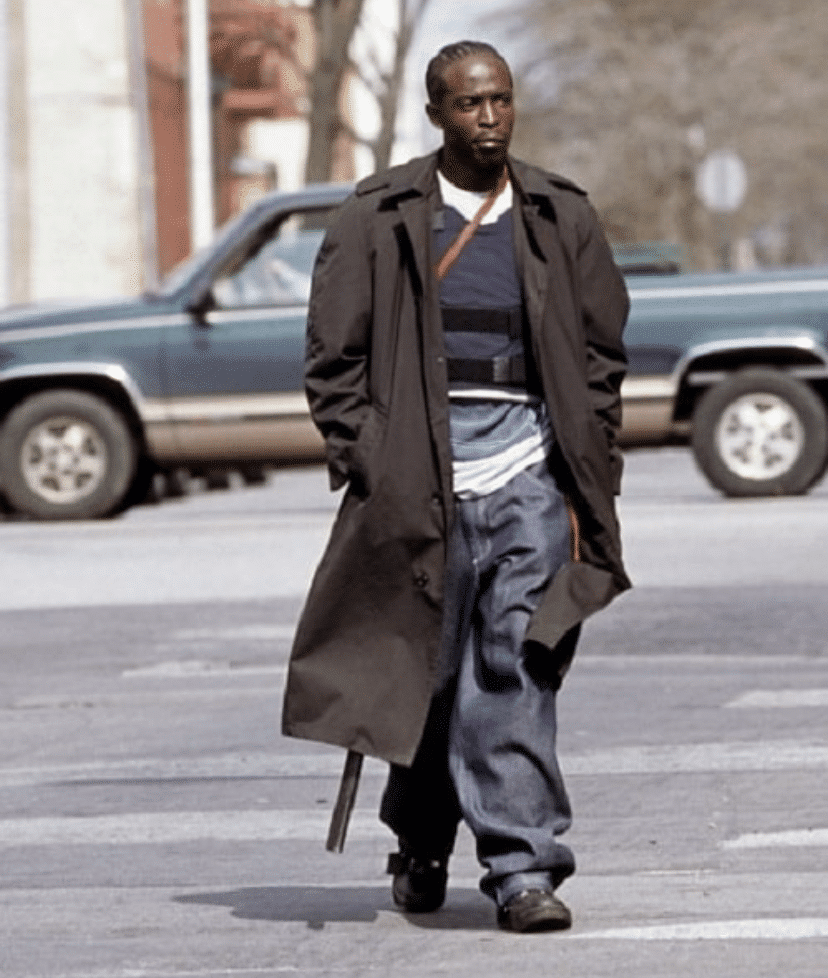 A tribute to the actor who this week died in New York - a pick of some of our favourite moments from an actor who left an indelible mark on his generation.

Michael K Williams was quite a man, with a hell of a journey both on and off screen. When The Wire creator David Simon is lost for words, you know the limits that a death such as this creates, where the loss feels cruel. For us fans, it is only possible to really assess what he meant as a cultural force and a personal hero. Of course this is done largely through the characters an actor plays, and in Michael’s case, it is Omar Little who inevitably looms largest. The Wire’s notorious stick-up man, Omar was the man who robbed the dealers, stalking the streets in his trenchcoat, with his shotgun and his scar, whistling ‘A-huntin’ we will go’, scaring the criminals to death – he was also tender-hearted, deeply moralistic man, and gay; and it is important to remember how important this undercutting of the trad gangster tough guy was. It’s no exaggeration to say he’s still the best TV character this side of Tony Soprano.

By way of tribute to Williams, here’s some of his finest moments, and we make no apology for the emphasis on Omar – it is pure pleasure. What an actor.

The legendary courtroom scene in which Omar is set to testify against Bird and duly wins over the courtroom by memorably bringing the lawyer and the outlaw into focus as part of the same ecosystem that the drug trade establishes…and at least Omar has a code. Stunningly charismatic performing by Williams.

In which the call rings out in the Baltimore neighbourhood, and everyone scatters. In this scene, he doesn’t even have to fire a shot to get the money and the drugs from the dealer. Reputation is enough for them to toss the sack out to him on the front lawn.

One of the most spine-tingling scenes in the series, as fastidious gentleman assassin Brother Mouzone goes to see Omar…at this point in the series the two most feared men on the street. It is classic cowboy stuff with them comparing firearms and trying to out-cool each other. Mouzone says, “I admire a man with confidence.” Indeed.

4. Chalky White, in his element, for a while

Masterful scene in which Williams as the boss Chalky White moves through his establishment, putting his authority and care over every part of the nightclub operation…until he moves through to front of house where one of his white clientele shows him exactly how humiliation of black men is never too far away in this world. Through Williams you can see how much this is getting stored up, for future payback for such people, on every level.

5. Cameo in The Sopranos

This early cameo as Ray Ray who provides a safe haven for Jackie Jr, and watches on as his daughter annihilates him at chess. Already you can see the big hearted tenderness behind the flickering menace that truly came alive with Omar.

Powerful moment from the excellent Lovecraft County in which Williams’ Montrose Freeman is discovered with a gay lover by his son, Tic. Astonishing scene about a man grasping for traditional masculinity as he sees his secret sexuality exposed.

Underrated film with Edward Norton’s Tourette’s suffering gangland private detective, which features a number of quality performances, not least Williams as Trumpet Man, who gives it his best Miles Davis in another charismatic role.

Classic scene in which Omar gets up, finds he’s run out of Cheerios, and, failing to tuck his weapon into his silk pyjamas, goes out to the shops unarmed. And, well, when you’re Omar, things just fall out of the sky.

Staggeringly played by Williams. His work on this show will last for generations.