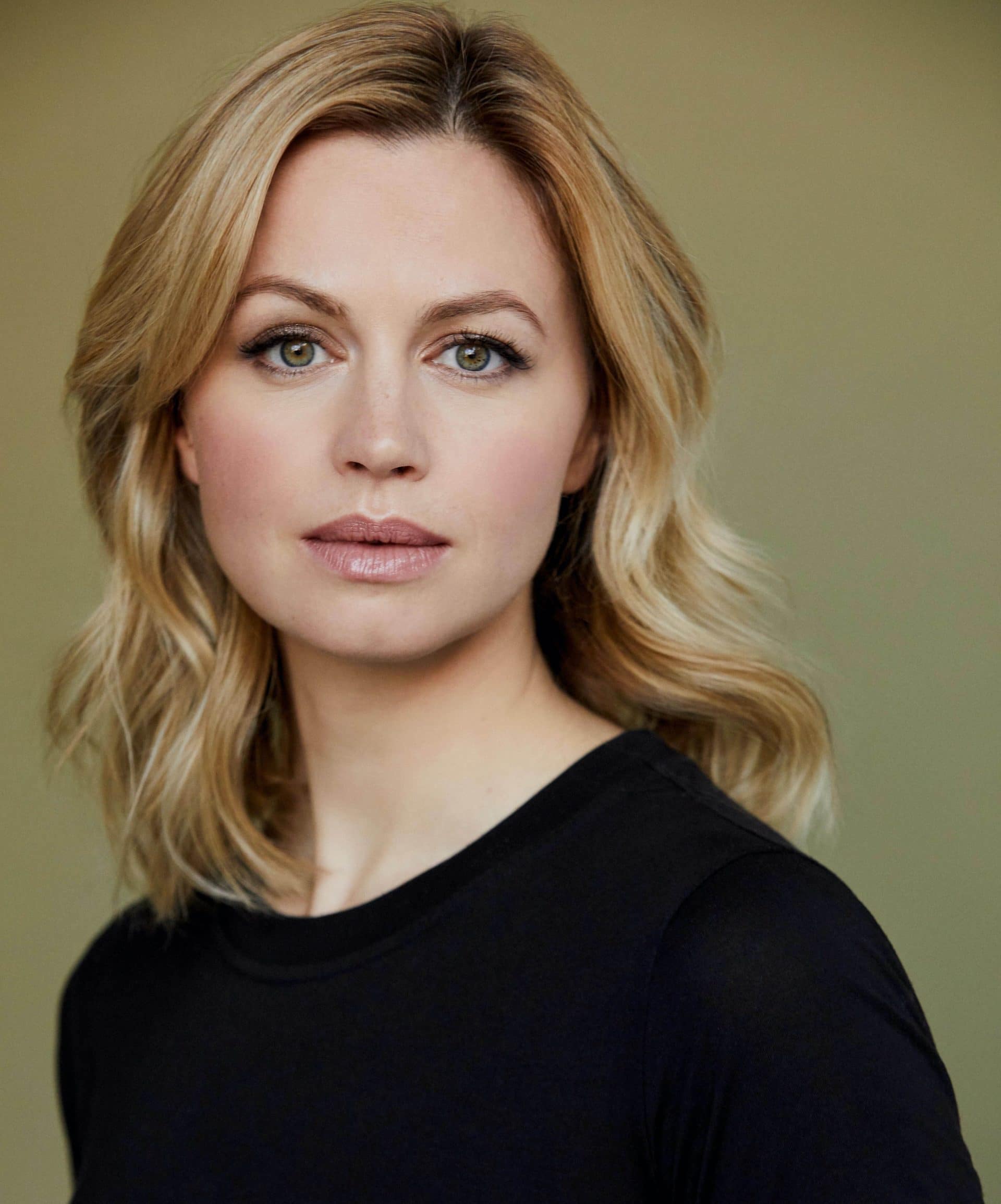 Rebecca Night on ‘Night, Mother’ and the strains and joys of theatre

An interview with Rebecca Night about appearing in the play 'Night, Mother' opposite Stockard Channing, and what it's like to return to the theatre post-lockdown...

Rebecca Night is the super-talented actress who first received our coveted Book of Man ‘standing ovation in the living room’ accolade for her performance as the title character in the Daily Mail-quaking but actually quite nice adaptation of Fanny Hill, and then again for her appearance in the Wuthering Heights adaptation with Tom Hardy and Maigret Sets A Trap opposite Rowan Atkinson. But it is in the theatre that Rebecca has been particularly making waves and this is currently continuing with her appearance in Night, Mother along with Stockard ‘Grease‘ Channing. A Pulitzer Prize winning play by Marsha Norman, it is the kind of intense two-hander that shows just how powerful acting can be in its impact on your head and heart. We grabbed a word with Rebecca to find out more…

Hi Rebecca, can you firstly tell us about Night, Mother, and who your character is?

Night, Mother is a play, in real time, on a seemingly ordinary evening, when a daughter tells her mother she doesn’t want to be here any more. It’s 80 minutes of what happens next. Stockard Channing plays Thelma, Jessie’s mother, and I play Jessie. Two women who, in a different time and place, would, probably, have had very different experiences. It’s the 80s, in the middle of nowhere in the big USA and Jessie has struggled with sickness and isolation, amongst other things, and, though she loves her mother deeply, she feels trapped and it’s about what happens on this night.

It’s a play with a big reputation – the Pulitzer prize! – what makes it unique and powerful, from your perspective?

Marsha Norman, who wrote it, is dealing with the minutiae of life and, somehow, captures these ordinary, extraordinary women’s day-to-day lives so naturally whilst dealing with huge, complex emotions, underneath, all at the same time. I found it very shocking when I first read it and and it just whips you along with it and takes you on a difficult journey. There is humour, tenderness and love, throughout, and it faces very difficult themes with a raw honesty. It really gets you thinking and, hopefully, communicating, afterwards.

Stockard Channing is an icon – how was it when you first met her? Did things work quickly between you in rehearsals, in terms of chemistry etc?

The first time we read a couple of scenes aloud, together, with scripts in hand, we’d just met and before I fully knew what the play was, Stockard’s instinctive talent with the text just opened the piece right up for me. We just had to talk openly, as Jessie and Thelma, to one another. The only way to do this play is with great honesty and that felt very easy with Stockard. There we were in the room together, saying words that are very difficult to say, and I instantly felt safe and like we were in it together. It’s wonderful to work opposite her and to tell this harrowing story as part of a team, with her, every night. We had to find this connection as mother and daughter who don’t, really, have any one else in their lives.

How is it being back in theatres? Does it feel different than before?

It’s been a real happening. I dreamt about the theatre, often during lockdown – its in my blood, somehow – and it was the strangest feeling that this thing that’s thousands of years old and that I love didn’t exist for a moment. To emerge back in to the world and on to a stage has felt like a real treat, in a way, and to be in a shared space and part of something communal, to be part of story-telling, with a live audience, who react differently each night, is invigorating and, often, electrical.

Can you give us an idea of the demands placed on you in a theatre run?

It’s been quite an adventure, this one. My husband’s show shut 2 hours before its first preview when Broadway suddenly closed due to the pandemic and, then, as these things happen, his show is now re-opening at the same time I’ve been doing this. I’ve been looking after our three kids in the day, breastfeeding at night and performing 8 shows a week. I’m so grateful to my mother who has made it possible, too.  The script and the storyline are such that you just have to be fully present and engaged with it when you are in the show and, then, when you leave you have to shake off Jessie and then it’s a joy to be fully present back at home in the real world.

Are you good at leaving characters behind when you go back to your normal life?

Whenever you’re playing a character you start to create a world for them and you can’t help but notice things, in day to day life, that feed in to it.  You have to stay open as part of the creative process but, particularly with this part, you have to be able to walk away from it. Though, this show has really gotten me and friends and family talking about the importance of mental health.

How do you look after your mental health amidst the strains and challenges of acting?

I feel lucky to do what I do and it’s often a cathartic experience to become somebody else. I think it encourages empathy but – I was talking to one of my best pals as he was doing The Normal Heart at the National Theatre at the same time and we’ve both been dealing with distressing subject matters – you want to fully engage with it to give it its full weight and importance but, particularly once the show has opened, you have to be able to shake it off. To be able to go a difficult place as the character it helps to feel safe, outside of that. Running home from rehearsals or the show to see my children, who are so in the moment, is a wonderful thing and, if amongst the chaos, I can find time for a long, hot bath after the show I know I’m doing well. Getting outside in to fresh air and chatting with friends or family, my husband, that’s all good.

What was the first thing that made you want to get into acting? Was there a particular movie or person?

Robin Williams. I loved everything he did – Mrs Doubtfire, Hook. And Meryl Streep, of course. I loved escaping into movies as a kid, and was always creating imaginary worlds or stories. I also saw a couple of touring theatre productions that came to our hometown when I was a younger and saw a young Jason Watkins in A Servant to Two Masters, and thought that what he was doing looked phenomenally fun, and I remember seeing Nikki Amuka-Bird in The Tempest. These were little bits of magic. Our drama teacher at both my schools, also, fully encouraged us and gave me space to try things out and find how much I loved it.

What kind of things can you still learn from someone like Stockard? Are you always picking up new things?

Always. She’s fully present with you and, essentially, reminds you its just the two of you in the room and if we just say the lines and really listen and talk to each other the play takes us with it. She’s, obviously, wonderful and being on stage with her every night we respond to each other, and the audience, and we just keep on searching and discovering the play together, afresh, each night.

What are you good at outside of acting?
I love being with my friends and family and getting outside. Reading aloud and doing all the different voices, maybe?! You should hear me read The Day the Crayons Came Home, or Harry Potter or something. Ha! I don’t know?!

Why should people come to see Night, Mother – give us the hard sell!

Its a unique, timely piece of theatre – funny, raw and one-of-a-kind but its pretty hard-hitting so be prepared. Two incredible, female characters on an earth-shattering evening. And a reminder to keep communicating and to live with kindness to yourself, and others, I hope.

What else do you have coming up that you can tell us about?

Night, Mother is on at the Hampstead Theatre until 4th Dec.