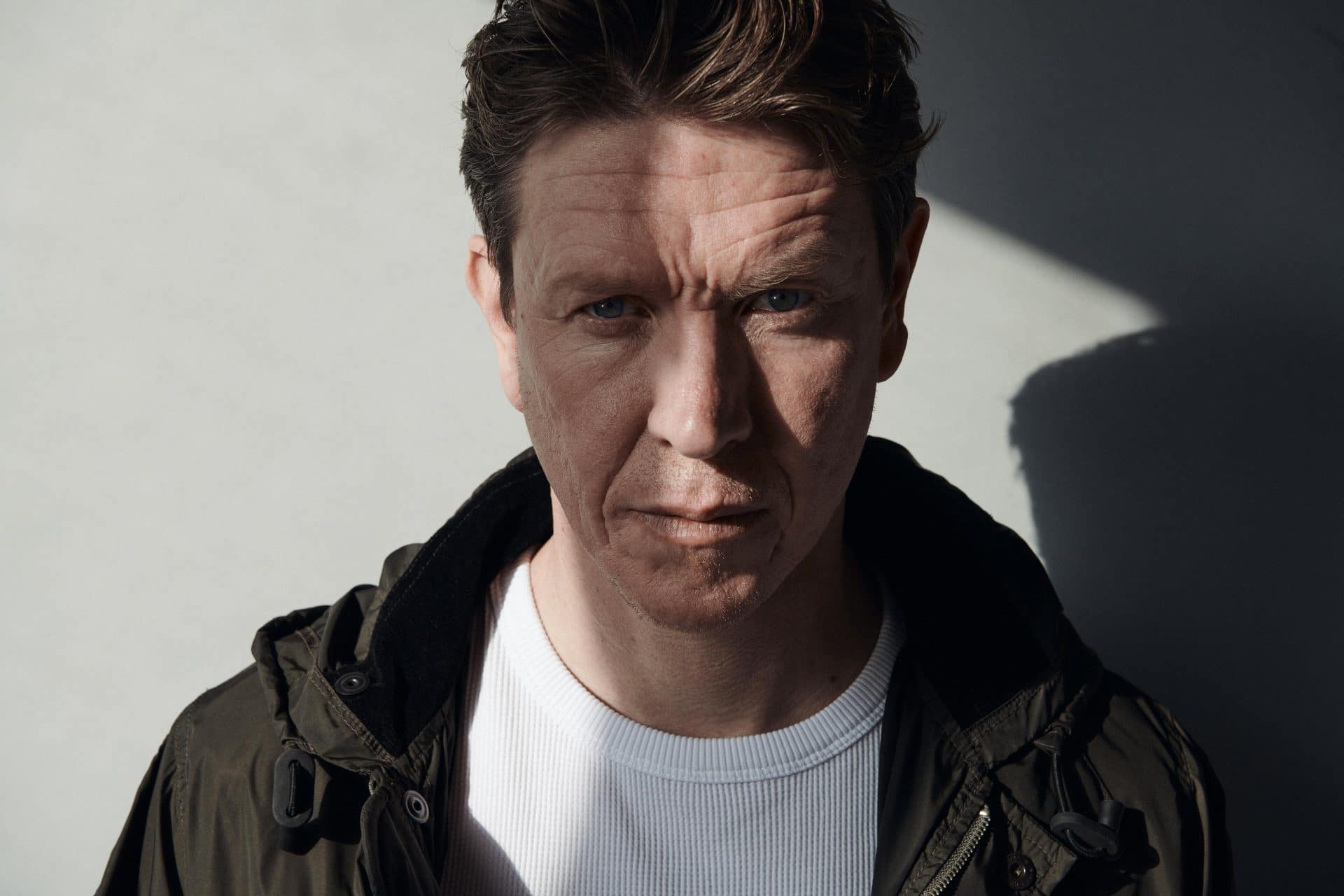 Sam Spruell on his role in the astonishing first film in McQueen's Small Axe BBC anthology, which is set to shock, inspire, and unify the nation against racism.

Steve McQueen’s highly anticipated Small Axe anthology of films for the BBC, which centres on the experiences of London’s West Indian community from the late 60s to the mid-80s, is arriving this Sunday with its opening film, Mangrove. It is quite something. Harking back to the hard-hitting dramas of Alan Clarke, it is the kind of drama which gets into under the skin of the nation and shakes it awake. It is based upon the true story of Frank Crichlow, who starts a restaurant in Notting Hill called the Mangrove, which after a series of unprovoked police raids, becomes the centre of anti-racist activism in the community and a focal point of the British Black Power movement. The resultant conflicts led famously to the Mangrove Nine, a group of protestors who were put into a showcase trial at the Old Bailey.

Playing the villain of the piece, PC Frank Pulley, is Sam Spruell, the outstanding British character actor who brings a deeply unnerving humanity to a racist who both enforces personal hatred and casually embeds it in his police colleagues. Through him, the film exposes the institutional racism which remains a huge issue in this country and around the world, as this year has profoundly exposed.

Can you give us an overview of Mangrove?

Yeah the film charts the birth and growth of the Black Power movement in London, from the late 60s into the 70s and at the same time looks at one man wanting to set up a restaurant in Notting Hill – for everyone, not just the West Indian community – and the trouble he faced from the police in trying to do that. The Mangrove became a de facto headquarters for the Black Power movement, which led to clashes with an institutionally racist police force, which was struggling to understand the growth and success of the black community in London.

Absolutely, and I remember at my audition with Steve, where I met him for the first time. When I left that audition the last thing he said to me was ‘You’re like an Alan Clarke actor.’ And I love Alan Clarke films so I was like ‘great, I’ll take that.’

I knew the kind of tone he wanted, not just with the character but the show as well, which was harking back to that time in London as well, it had a dirtier, grittier feel to it. I knew he was after an Alan Clarke tone but it’s his thing as well, it’s his film.

How did you approach it the role, and research it?

I did do quite a lot of research to get a historical context. I think its important to fully grasp the effects of Enoch Powell’s ‘rivers of blood’ speech, to properly read that speech, and try to get a sense of the effects that was having on British society.

And I read a lot about the police at that time, and reports about PC Frank Pulley, the character I was playing. I tried to get a sense of how involved he was with harassing Frank Crichlow who ran the Mangrove. Why he felt so ungenerous towards the black community in Notting Hill.

I think when you start on someone who is an evil person in a film it’s really important to not just view them as evil, but to get to the bottom of their humanity. And the kind of damage they suffered that makes them want to be horrible to other people. Reading about Frank Pulley, you realise he obviously wasn’t the success that he thought he would become, and he was pretty upset about that, and therefore tried to find power in other ways, and that was in local policing. 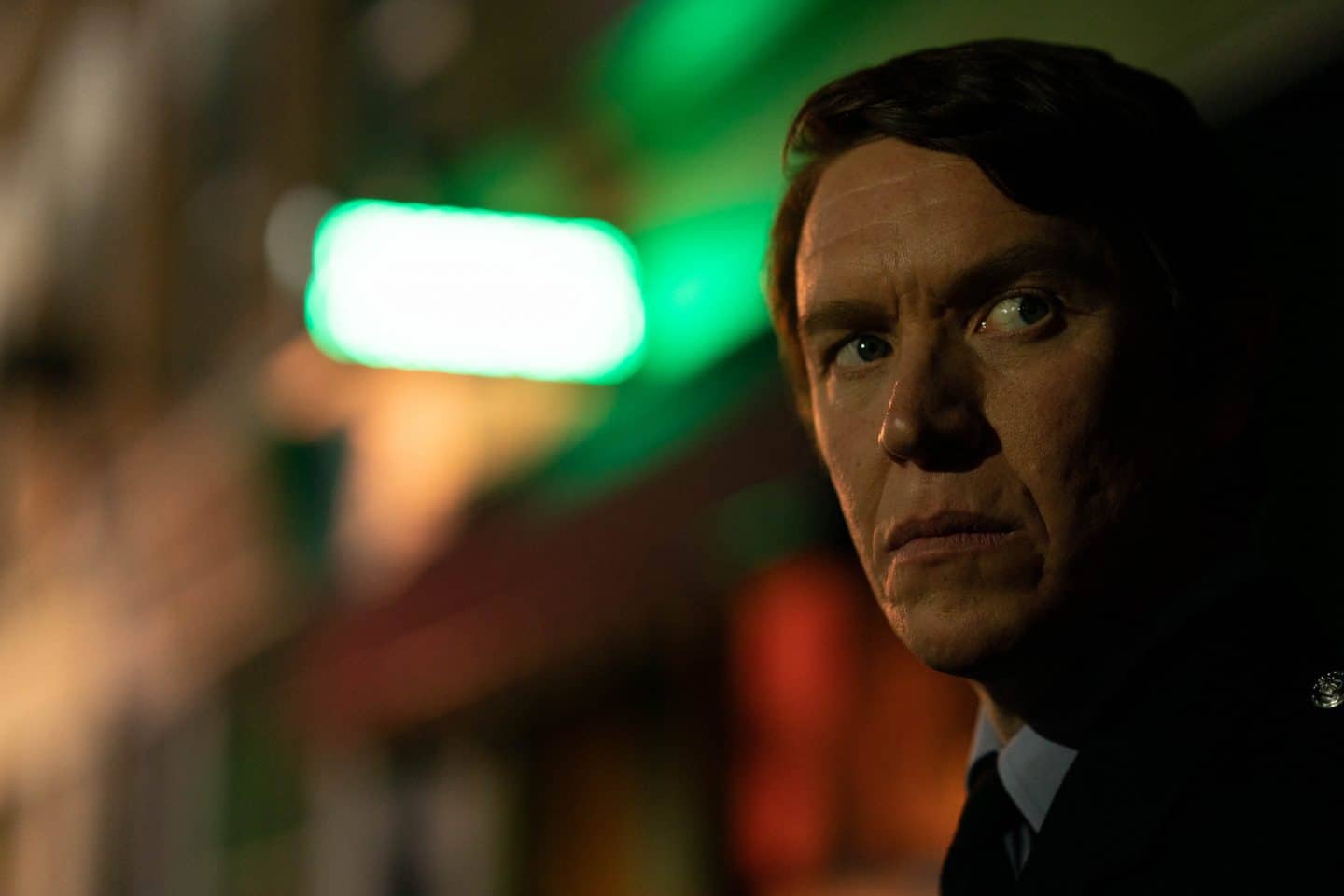 So it was about looking at where racism, and institutional racism, comes from?

Yeah thinking about why you can’t accept or share in the joy of a whole community – you must have undergone damage yourself to not want to do that, or be fearful, or lost in the progress of society, for you to not want to embrace society as a whole. With any person who is inflicting damage you have to think about the damage they suffered themselves or the humiliation.

It’s interesting in how its played out with other officers, in the way he’s quite jocular with his peers, showing a casual way the racism bleeds out.

Yeah well I don’t think he’s consciously being like that, I don’t think he could probably break down his own racism.  Psychologically he doesn’t have the tools to access his inner workings, but what he does strive for us power in his own small pond. Whether that be policing in Notting Hill or being the elder statesmen in the group of PC’s he works with. He tries to find power here because he has no power, he’s never been promoted above PC in the 20 years he’s been in the force. The fact he hasn’t been promoted says something about him.

So it’s these little petty victories that build up to this bigger picture of racism, then – questions of individual ego…

Exactly but I think what the film maybe points to is that he inflicted a lot of damage but he was allowed to do that. So he was a willing foot soldier for more darker institutionally racist forces within the police force.

How was the actual filming, what was it like on set for you as the villain?

It’s really hard. On set its difficult because you’re playing the enemy to a story of black resilience and strength and camaraderie. You are the enemy of that. So for everyone to stay in character, for everyone to execute the story effectively, everyone is keeping their distance. There’s no point in getting too friendly with each other because you’ve then got to switch into something which is the opposite. So on the whole I kept myself quite separate and I think that needed to happen. For the actors playing the Mangrove Nine they probably appreciated that because it served their performances – dare I say, rather presumptively – to have free reign to hate my character. There was no point of getting too pally on set.

But I have to say, I would have been very low had it not been for Steve checking in on me, just being supportive and helping me find a performance that was right for the film.

How is he to work with? The film is deeply artistic as well as having that rawness…

He’s excellent to work with, he’s a very strong creative energy to be around. You have to walk on set with your A game. But also he just generates enormous amounts of focus from everyone. And that was really interesting to be around – there’s a nervousness around each person involved to produce very good work. I thrive off that. It’s horrible when it’s going wrong but that nervousness is useful. It charges the work with something, its never going to be flat with that kind of feeling around.

I think he’s just a very good filmmaker and it’s a joy to work with people who are at the top of their game. For any actor we’re all desperate to work at that level as much as possible. 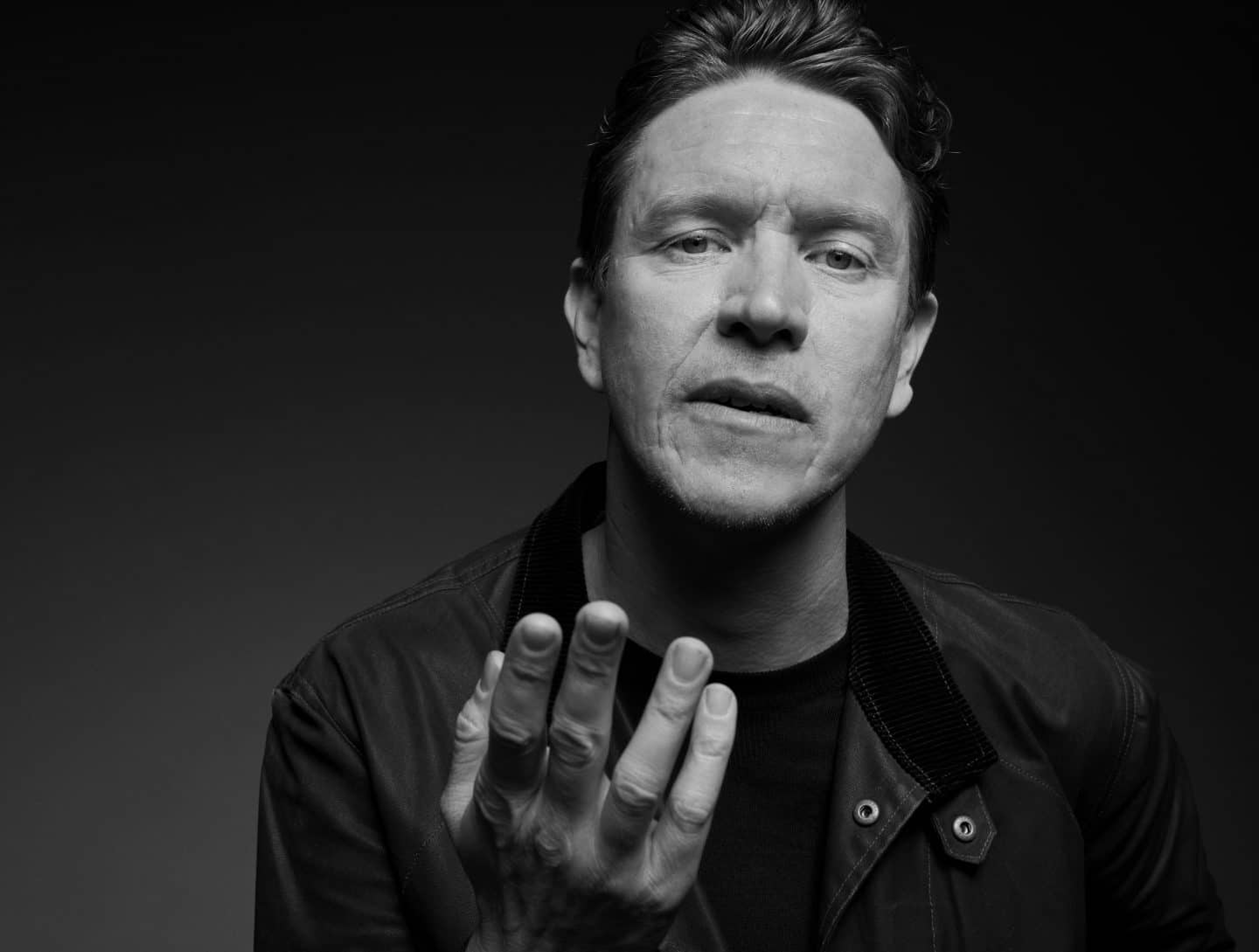 How do you look after yourself as an actor when it comes to mental health – both in a role like this and just in general?

As an actor you’re exploring lots of humanity so you have a leaning to be psychologically aware or you’re interested in psychology and your own psychology as well as other people’s. I think there’s an honesty with yourself that is often at play, and a framework on which to think about how you are – and I think that’s quite useful for mental health.

Playing these horrible characters, there is a relief when it’s over and you can not be in a dark space. Because you do have to go to quite dark places to convey the inner workings of these people. And that’s what I’ve done for quite a long time with the different characters I’ve played.

In between playing those characters I’m usually very silly, and having fun with my son, rather than poring over textbooks about what makes people racist and horrible. I think just having a sunny disposition and also being interested in other people – that’s really important to bring you out of yourself, to not always focus energy in but to focus it out. That’s good for me to be like that.

Was the intention to touch on issues going on today – was that an explicit thing discussed?

Yeah I think it absolutely is. Steve dedicated all five films connected under the Small Axe umbrella to George Floyd. I think that says it all.

How has lockdown been, have you been improving yourself?

No. I think it was really nice apart from all the worries about what was happening to the country and the poorer sections of society having to deal with this horrible pandemic, and how it was going to damage family and friends, it was really nice to stop the hustle of my game. Not be worried about the phone not ringing or if it was ringing too much, not to have to deal with the neurosis of other people being involved in stuff that you weren’t. All that rest of that rubbish.

It was nice to stop, to properly stop, have it forced upon you where you couldn’t do anything about it. I think a lot of actors felt a degree of relief about that. And it was nice to get involved with teaching my son – there was a lot of home schooling to do and I think sometimes it was tricky but I think we found an enjoyment of working together. And I’m really lucky that I have a garden in London, so we grew lots of vegetables.

Do you think it’ll change the way you work in the future?

It has already its not going to change the way I work personally but I’ve done a few jobs now since July and just the speed of work slows down it cant move as fast. That’s maybe a good thing. But if anything can adapt to Covid it’s the film and television industry because it’s just full of problem solvers.