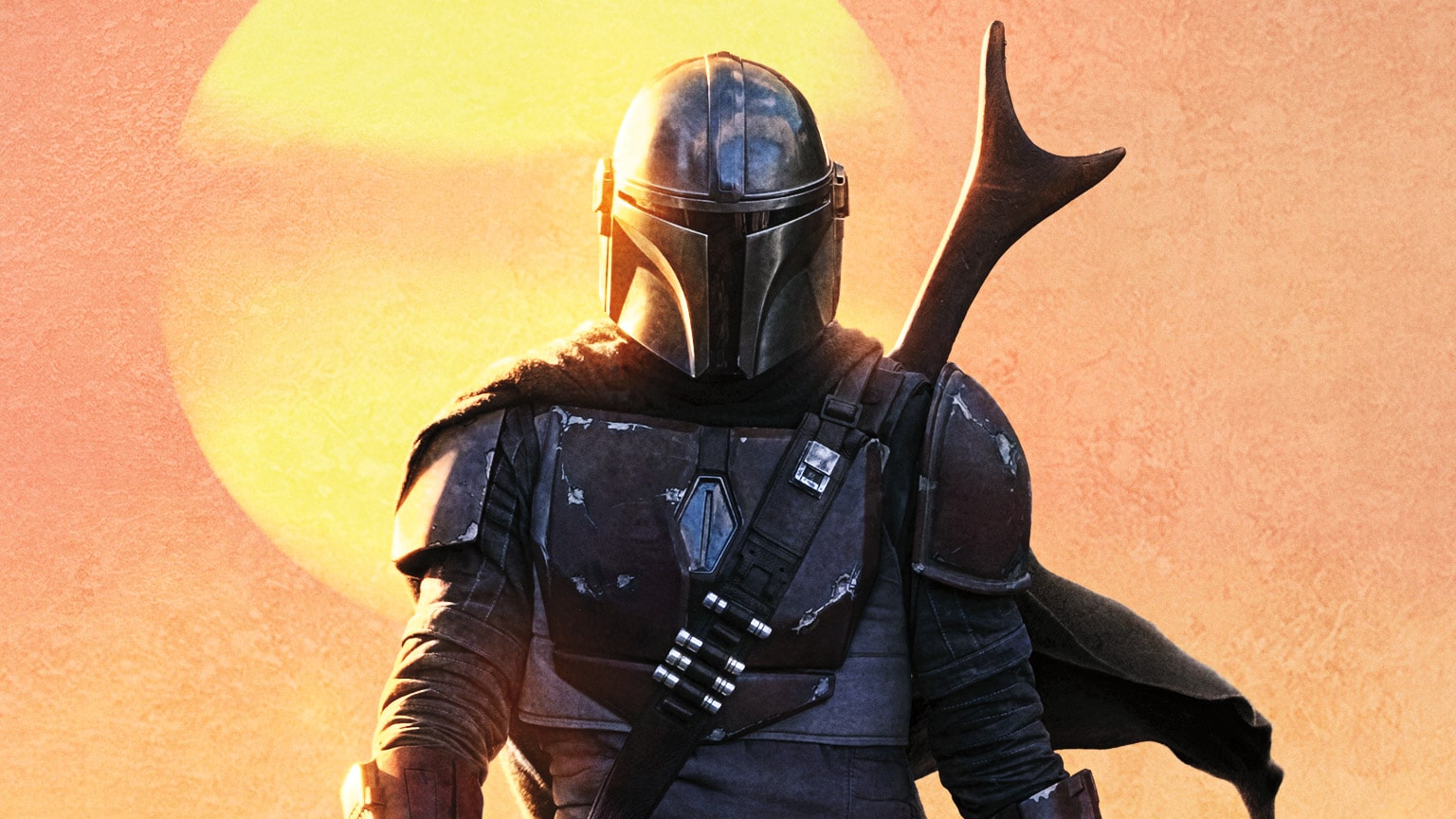 The Mandalorian and a new kind of heroism

Why The Mandalorian is breaking new ground for not just Star Wars but for those in search of a new code of living...

The Mandalorian has returned for its second season, having proved itself to be the big hit for Disney+, a critical and audience success, but more than that: the kind of family gathering must-watch drama that’s something of rarity in an age of splintered viewing.

The show is interesting for a number of reasons beyond just being a well written, paced and richly rendered experience. For one thing, it has thrown into relief the failures of the recent JJ Abrams-guided sequel film trilogy which was always caught between nervy worship of the original films and fumbling attempts to appeal to contemporary values. The films were so damn self-conscious they were hard to enjoy, like going to a party where the hosts can’t stop apologising that’s it not as good as other parties, or booking a package holiday where the reps won’t leave you alone to enjoy the view but demand fun, fun, fun without actually suggesting how that might come about.

The Mandalorian, by contrast, feels easy. It is confident, which produces effortless storytelling which explores the environments of the Star Wars universe without collapsing in on itself with the pressure to please.

Perhaps that’s because the responsibility is held by on main man – Jon Favreau, writer, director, show runner – who seems to have more leeway than the big showcase film saga afforded Abrams. Or it may be that the TV series format lends itself well to the well-worn Star Wars universe because it can take more time to explore untapped aspects of that universe. This sense is helped by the stately pace of the show itself, which echoes not the desperate mood-board shit-slinging of Abrams’ revamps, but the old Westerns, of John Ford, or even Sergio Leone, where men take their time dealing in moral quandaries around violence and honour in a vast landscape.

Or maybe it is simply that it is a show with fully formed characters, with an unbeatable lead tandem – Mando, the sci-fi samurai gunslinger, and The Kid, AKA Baby Yoda, who somehow remains cute and vulnerable without being mawkish.

Whatever it is – and it likely to be all these factors together – the show feels closer to the original films more than anything else since. Before that sudden ‘fan pressure’ to fulfil uber-nerd expectations took hold, including that most tragic of things colouring comic book films as well as Stars Wars, to ‘be dark’. Notably it’s the ageing fans who demand this, rather than, y’know, moving on in life and trying out a movie for grown-ups.

The Mandalorian has no such pretensions to be dark and cool; it is a family drama and it knows it. In many ways Star Wars has come full circle with the show, finally putting the universe back in the Saturday morning TV serial world so beloved by George Lucas. Flash Gordon, Zorro, The Lone Ranger, The Mandalorian echoes them all, with stories of exciting peril to keep the kids’ faces buried in their parents’ armpits and even the occasional classic serial cliff-hanger to make then howl (the moment when Baby Yoda was snatched by speeder bike storm troopers in the first season before credits rolled brought hysterical upset of the kind not seen since Ancient Rome).

Most interesting, is that the series has taken a more apt approach to our times than the new films could manage. By placing the series in the gap between Return of the Jedi and The Force Awakens, it has found a nugget of chaos to serve it’s aspirations to echo the Old West: with civilisation coming but not here yet – dark forces still abound, hustlers and bandits are taking their opportunity and is the Empire really gone anyway?

This feels like where we’re at now in the real West: a broadly well-meaning world but full of compromises and worries, and bad guys; good and evil is still in the balance. The new sequels had as their overarching subject the discovery of the Self, the individual identity conflicts of Rey and Kylo Ren, and there was little to convince on the background schematic, other than a re-tread of evil forces rising again without any great conviction. Whereas the world of The Mandalorian is one which feels clear as a time and a space to believe in and enjoy: one which is thrillingly free, allowing the rootless movement of The Mandalorian around the universe, and largely still lawless, but full of friends and good deeds to be discovered.

Yes it deliberately echoes the great westerns in this, with their post-American Civil War milieu providing a tension between the establishment of law and order and the wildness of the frontier; meaning both friends and enemies are there in the individual towns, which sometimes need a hero to protect them.

Yet there is much that is new here, largely thanks to our hero here. Mando is a hero who cares. Not simply about the baby in his charge – though that is a pleasing reminder of the unbeatable brilliant ultra-violent but good at heart, Shogun Assassin – but about the communities of people he meets. He has a code of honour, ‘This is the way’ but he’s also flexible, empathetic, and he goes with the flow if he thinks it’s the right thing to do. Mandalorians are supposed to be ruthless in pursuit of their way, but he will not just take the money and run: he’ll decide not to hand over the Kid to Werner Herzog’s Imperial kingpin; he won’t turn his back on a village stalked by ravagers making use of a discarded Imperial Walker.

What’s been striking again in the first episode of the new series is Mando’s befriending of the Sand People on Tatooine. Always rendered as savages in the other films, who Anakin slaughtered in Revenge of the Sith – and though we see his regret afterwards we never had a true sense of the cost, merely a plot device to signify the Dark Side taking hold  – here instead, they may be brutal people but they are people. As Mando explained to town residents, the Sand People are true to their word, take care of their own, and are willing to work together to deal with threats affecting all the desert communities. Mando communicates with them in their mix of guttural barks and sign language. He’s sincere in his dealings with them, he doesn’t fuck them over; it is about mutual respect.

It is rare and refreshing to see a male hero operating in this way. Perhaps there is precedent in the Indian retrospective Westerns like Dances with Wolves, but it’s more than an apology to one demonised community – free of a bad conscience from real historical pain, in the show this empathy is depicted as a way for a man to behave with anyone he encounters in his life. Mando’s great strength is not his fighting skill or his ability with weapons, it is his ability to communicate and collaborate with others. He could not be further from the lone wolf hero many assume him to be, and an archetype we have long been accustomed to in popular culture. In the original films – again, clunkingly recounted in the new sequels – there was a message about the sanctity of friendship but in The Mandalorian it is different: it goes beyond the inward-looking structure of friendship and displays a modus operandi for dealing with the wider world. In this, it is inspirational for our times in a way that the movies have never touched.

And this is why it’s wonderful it is made for kids, where the real new hope lies.