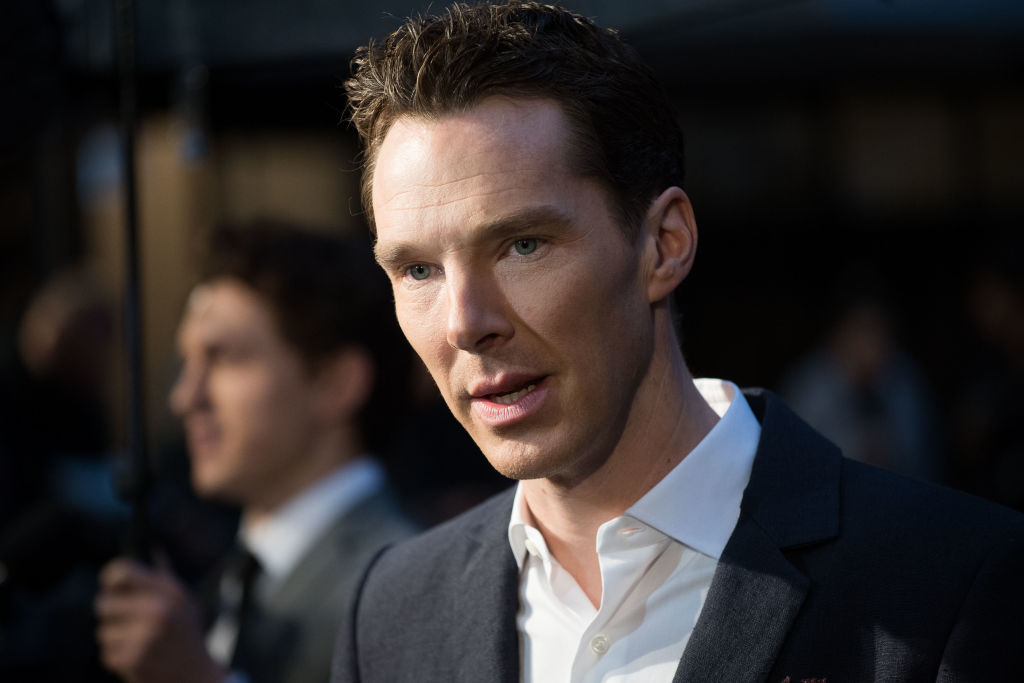 Benedict Cumberbatch says he doesn't care his Weinstein-produced film has been shelved, he can wait until we're "rid of that toxicity." But when will that be? Toxic Masculinity is a stain hard to shift.

Toxic Masculinity is a stain which Benedict Cumberbatch can still see. Cumberbatch has been in the news saying he was fine about his Harvey Weinstein-produced film The Current War, having its release put on hold in the wake of the misconduct charges against the producer.

He said, “If it takes us a couple of years just to be rid of that toxicity, I’m fine with that. To step back and be as far removed from that influence as possible, both as filmmaker and as human being.”

Which brings up a very pertinent question: when will we be rid of Toxic Masculinity?

Some have argued on this site that the phrase is a damaging one and shouldn’t be used, but what about the behaviour? It’s the behaviour of certain men that is the truly damaging thing and if we’re honest, that kind of hyper-sexed, power-abusing old school Alpha masculinity is everywhere. We all know someone like that.

So how long will it take? Two years seems quite soon if this is a generational change that needs to happen, which I think it is. The very foundations of behaviour which we have been taught need to change, particularly towards women, and that is not easy. 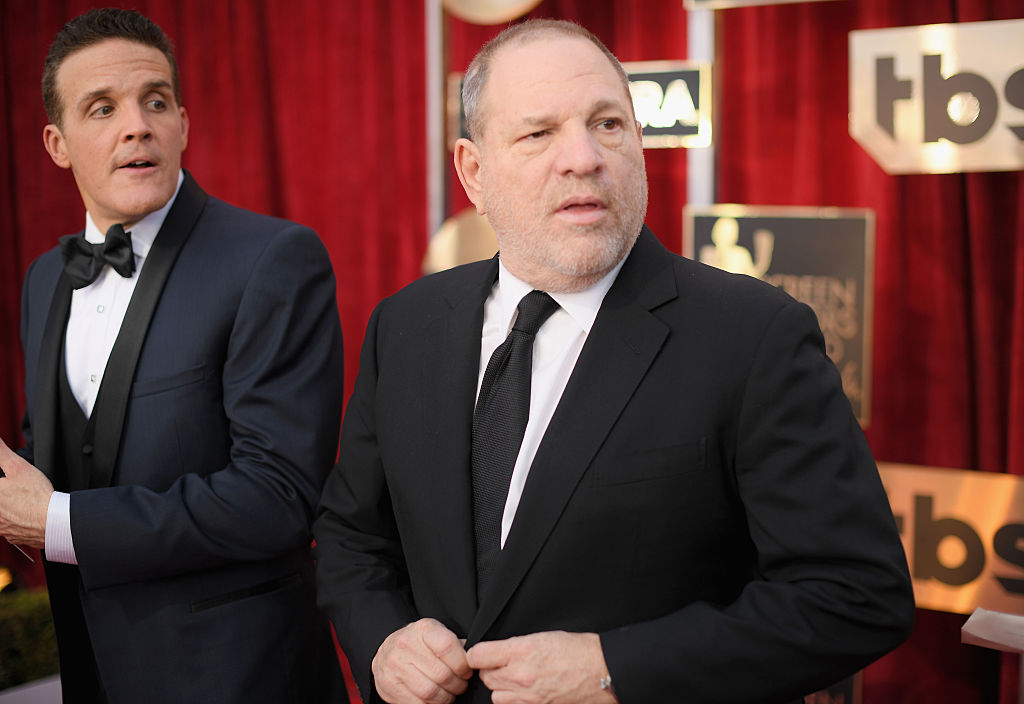 It’s difficult when men are still running a little scared, and not wanting to deal with the changing times. Tim Samuels, from Radio 5’s Men’s Hour, says, “I sense by and large, other than those who have been public in their solidarity with MeToo, men have retreated and kept pretty quiet lately. Partly because if anything it’s our time to listen: we just need to hear what women are saying. But also I’d say men are more cautious than ever to speak out. The risk of being misconstrued – or a comment taken out of context on social media – runs the risk of killing off reputations and jobs. So it’s easier – or safer – for men to bite their tongues rather than risk stepping onto a gender minefield. I’ve been with plenty of guys – liberal to the core – who say they daren’t go anywhere near gender at work.”

In this environment, as the shockwaves have stunned men’s sense of how to be a man, it is hard to gauge a change. But certainly there is willingness – in a survey by The Book of Man, 9 out of 10 men said they wanted to actively support female equality – and maybe in the shadows to where men have retreated, we are all listening, and trying to think about our behaviour. Maybe we’ll look back at this time and see that we did change, that there was a watershed. Though there is a feeling amongst men of not knowing exactly how to make that happen.

One of the problems for men being able to act clearly at the moment is that there are already profound societal changes affecting their lives which are putting them under various stresses. Huge social and gender changes which are potentially one of the causes of Toxic Masculinity, as well as other destructive impulses like violence and addiction.

“Men have gone  have been going through profound changes in the last decade or so, the way we live now would be unrecognisable to so many of our male ancestors,” says Tim, “Some of those changes are absolutely for the best – like trying to express ourselves emotionally (and admit to feeling depressed or whatever is on our mind), and also being emotionally-present fathers spending way more time with children than in decades. But the economy means that men are feeling a sense of vulnerability –  a crisis of identity and meaning. So much of our self-worth is still tied to what we do for a living – and that’s so perilous in today’s economy with rampant inequality, blue collar jobs dying out, no jobs for life, gig work and all that. All that’s throwing up some pretty self-destructive stuff – such as the opioid epidemic – but also plays into men’s capacity to blame others and an appetite for risk-taking, which is leading to surging support for populist politics.” 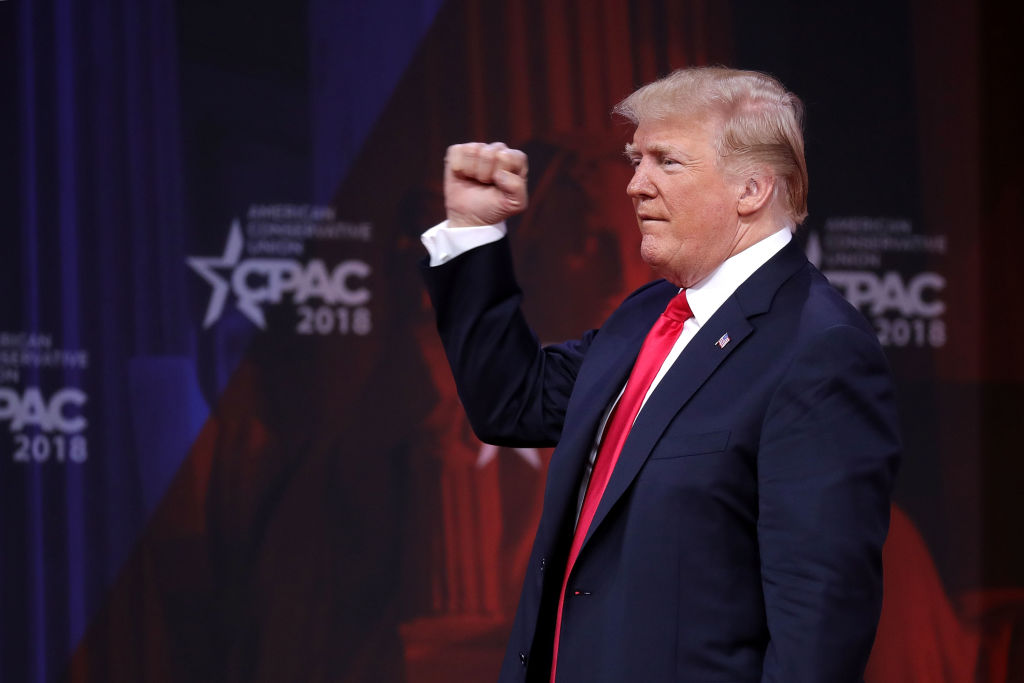 Indeed you have to see that one of the reactions from the new Feminism movement has actually been Trumpian politics. Strutting, gun-toting white guy machismo came roaring back to take over the most powerful job in the world from the nice, studious African-American man who had it before.

Such powerful men have fuelled and profited from the rise of populist extremists, ground-level Toxic Masculinity where in the UK we have angry working class men fighting for a purer white nation where they will have their jobs back again, and their self-respect. All the result of the classic diversionary tactics of conniving overloads: stir up racial fury to distract from the way they are shafting everyone. As Professor Green so deftly put it around the time of his documentary ‘White Working-Class Men’: “I find it funny how they wave their flag around when really, their country has done very, very little for them.”

“The appeal of Trump rested on his hyper-masculinity.”

Tim Samuels has been in the US filming and says there is a real discrepancy between the urbane world and the old school world, where masculinity is the same as it ever was.

“I was in North Carolina recently – and in the big cities, which tends to be veer liberal and metropolitan, there aren’t many signs of the old machismo,” he says, “But head out to the rural areas and it’s still pick-ups, guns and old school masculinity. Part of the appeal of Trump I think rested on the hyper-masculinity he displayed: that sense of being away to say what you want without any consequences.”

It is therefore necessary for good men from all classes to keep on actively questioning Toxic Masculinity, protesting it, watching our own behaviour and trying to instil a different worldview on our boys, in the hope that bit by bit, generation by generation, men start to be a little more enlightened.

Yet the future remains unclear, the path more than a little rocky. A lot of the work has to involve finding ways to rebuild men’s self-esteem, one that doesn’t just involve our jobs. As Tim sagely puts it:

“The biggest problem I think men face is how to still feel like a man when you’re not working or don’t have work security. That link between who we are and what we do still seems etched into the male psyche…As robotisation kicks-in, that’s going to throw more and more men out of jobs – and without purpose, how can you still express your masculinity in a good way?”

Tim Samuels is the presenter of Radio 4 Live’s Men’s Hour.