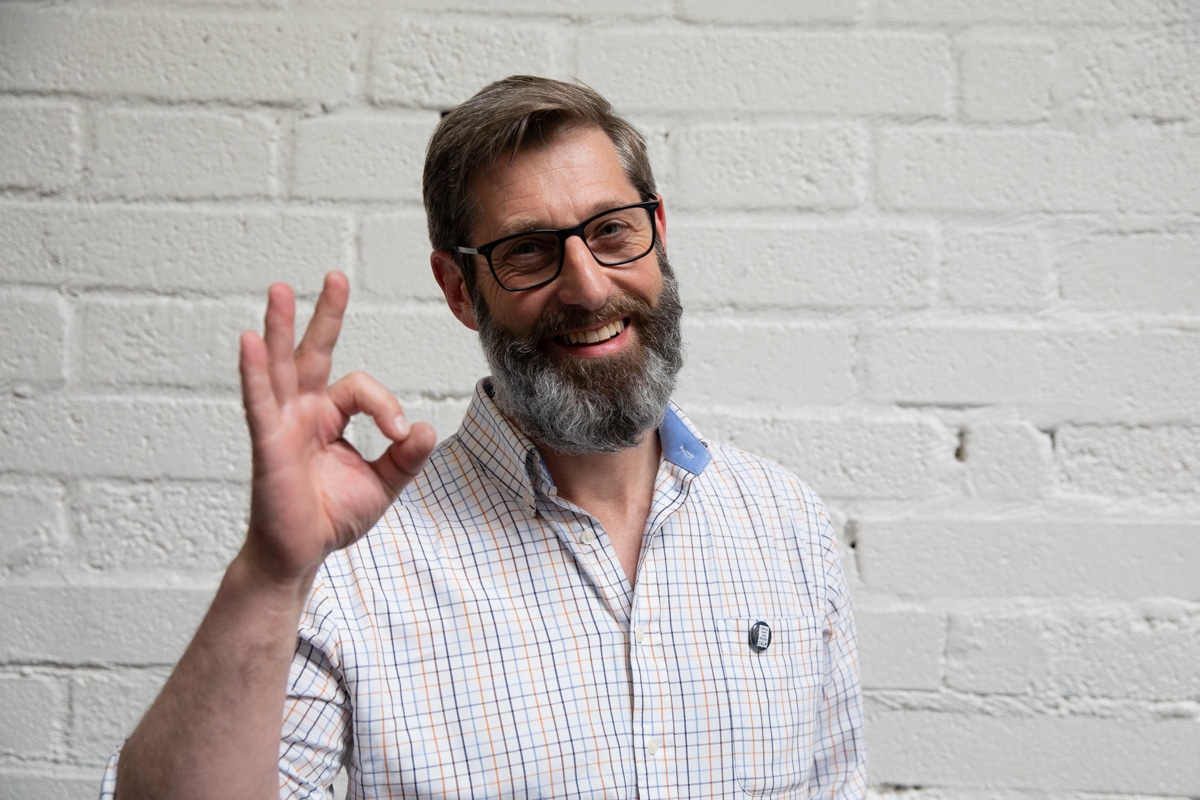 “I had a flashback to a patient in Afghanistan”

An interview with mental health campaigner Andy Elwood as part of our new series celebrating 'The Freedom to Open Up.' Writer: Salma Haidrani.

There’s no doubt that men in the UK find it difficult to open up – just take one study that found that 60% of men put off visits to their doctor and it’s their partner who encourages them to attend. Or that isolation could account for why the male suicide rate remains several times higher than that for women.

With more than 2.5 million British men having no close friends they’d turn to for advice in a crisis, with partners often shouldering the brunt of its impact, it’s never been more pressing for men to benefit from safe spaces to open up.

Thankfully, the likes of Andy’s Man Club, a non-judgmental support and talking group that tackles the male suicide crisis, have been instrumental in transforming the lives of men who need for a place to share their issues.

With that in mind, we have started this new series called The Freedom to Open Up, in partnership with Freedom Brewery, who have supported us at events like ‘The Workshop for Better Mental Health’. The idea is to speak to real men about opening up, what they find difficult discussing with friends, the power of supporting each other and to reveal something they’ve never spoken about before…

There’ve been three times in my life that I’ve opened up and talked and that’s really helped. One time, I spoke to a psychiatrist after a traumatic search and incident I was involved in. Another time, I spoke to my wife after a flashback of a patient trapped in a land-rover in Afghanistan. Thirdly, I spoke to my GP when I realised I wasn’t sleeping at all well. I was burnt-out and suffering from temporary depression. That’s why I try to promote speaking out to other men – after all, men are three times more likely to die by suicide than women.

I’ve got various bravery awards for the work I’ve done and the times I’ve put myself in physical danger. But the bravest I’ve ever been was when I opened up about my flaws and my own vulnerabilities. It’s an incredibly brave step to take. Since I’ve done it, I don’t feel weak anymore! I feel stronger.

Everyone deserves to be heard and understood. If you’re feeling bad about something, just talk about it. Just like CALM’s campaign ‘Alan’, we need to grow a pair of ears and listen carefully. The key is to create a space that’s safe and trusting for people and don’t judge. One of my closest friends is going through an awful time as there’s a serious illness in his family. I realised I was wanting to fix him. What I need to do is listen. I don’t need to fix him. He just wants to get it out of his chest and now he feels heard and understood.

Sign up to our daily newsletters for the latest from the frontline of modern masculinity.