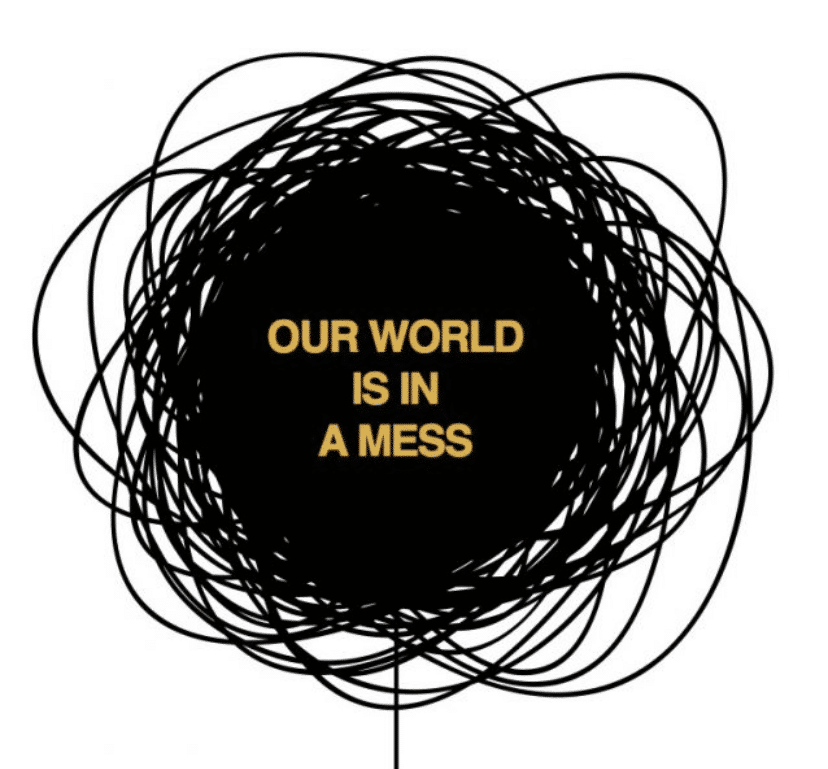 Men For The Planet – some stories of cooperation & friendship

Author, psychotherapist and expert on 'menswork', Nick Duffell, writes about how Mark Rylance became an ally for his vision of a new and fairer way to do global capitalism...

It was a cold spring Friday evening in the early 1990’s; about a hundred men were in the process of being let into the ball-room of a down-at-heel ‘stately’, buried somewhere in the Dorset countryside. Each was handed a ribbon, whose colour would indicate (we were to discover later) which small ‘home group’ we should attend over the long-weekend we had all signed up to.

I was nervous. I had been to several of these Men’s Conferences before and knew it would probably turn out to be a rich and powerful experience – but the atmosphere and smell of so many males together still disturbed me. Perhaps the single-gender throng and the run-down grandiosity of the venue was setting off alarm bells in my personal memory bank and screaming boarding school. My instinct was to run.

Yet the thud of drums from inside the hall announced that something else was going on. A crescendo of banging erupted and finally died down as the workshop leaders took their places on the raised dais. In front of us were three respected elders of menswork – a poet, a scholar and a story-teller who had been imported for this event from the States – and a young Englishman, an actor apparently, looking decidedly uncomfortable.

When it was his turn to speak about archetypes of masculinity he was working with in his career as a Shakespearean actor, the yet barely-known Mark Rylance gripped the hall with his distinctive soft voice, wry smile and blend of vulnerability and authority. He didn’t seem to gel terribly well with the more charismatic style of Robert Bly and company, but private coffee-break chats with this interesting newcomer convinced me that of his authenticity. I wondered where his involvement with this work would lead.

Some thirty years later, I am still working at the coal-face of menswork, while Mark has gone on to be internationally recognised for his prodigious talent (Stephen Spielberg’s favourite actor) and even knighted. When the political activist and businessman John Bunzl and I were looking around for someone to narrate a short film to introduce our unusual book, The Simpol Solution: Solving global problems could be easier than we think, a colleague reminded me of Mark.

I knew him to be a brave voice in progressive politics who had been working to change tax law so conscientious objectors might redirect their taxes that would normally go to the military into non-violent methods of conflict resolution. But what I didn’t know was that he was also a great sports fan and a lover of competitive games to stimulate cooperative action. This was right up the SIMPOL street. I was sure his voice would have the right degree of gravitas and enthusiasm to present John’s ingenious left-of-field method of engaging citizen’s votes to drive governments towards simultaneously regulating predatory capitalism. During the first lock-down, I experienced how important the right vocal delivery could be through the taxing task of recording an audiobook on SIMPOL.

In the end, Mark was as generous as he was enthusiastic; this autumn he managed to fit in filming despite a demanding schedule and Covid restrictions. The resulting short animated film can be seen  below:

John and I were delighted with it and with Mark’s contribution, and some even shorter trailers in which you actually see the great man can be found here.

Strangely enough, menswork had also led me to John. I had encountered his work some years earlier but not paid it much heed, but in 2014 he contacted me after reading my psycho-historical analysis of British politics Wounded Leaders: British Elitism and the Entitlement Illusion. At the time, I was helping a Swiss colleague recruit men with interesting perspectives on masculinity for the first European Men/Männer Symposium, held in Frankfurt in 2015. John had spent his life in industry, while I avoided it like the plague, seeing it had made a slave of my father, and had a fresh take on how the corporate world forced men into over-work, competition and hyper-masculinity. So, we immediately got him on board. John and I shared a room at the Symposium, and got to know each other over minibar beers.

For the Greeks, Symposium meant less an academic conference than a wild talking shop; we started with the basics. The convener, Robert Fischer, gave a presentation on penis consciousness, while Gerhard, another Swiss who had lost his testicles to cancer, related his struggle to find what masculinity was without testosterone. I led the whole group through an exercise I call ‘The Full Greeting’. In this, two lines of men stand facing each other and greet each other with one hand on the opposite guy’s heart and the other on his genitals, repeating with the next man as one line moves to the side.

I know…. it sounds totally whacky. What can I say: but, believe me, it is a complete reframing of vulnerability and aggression – a somatic experiment in cooperation and trust – and once you have done this with someone you are not going to indulge in aggression or sarcasm with him. The following year, Robert, Gerhard and I went hiking in the Alps; back in Bern, Gerhard let me sit in with his band for a couple of numbers, even if I couldn’t quite manage the guitar they let me try. The next year John came too, and it has become a regular event.

Over the last decade, I have seen how therapeutic work can no longer be healthily compartmentalised from the politics of our environment. As far as planetary existence goes, I don’t think we need The Full Greeting to know that we are all vulnerable as well as powerful. But if life here is going to survive and thrive, we do need to find a bottom-up way to force governments, who are far more impotent than we imagine, due to the viscous circle of what John calls ‘Destructive Global Competition’, to regulate our industrial, corporate and financial excess. For despite Covid, the market seems like it’s here to stay.

Virtually everyone knows what’s wrong; lots of people have good ideas; there are countless voices and organisations saying we have change direction; but no-one else I had encountered seemed to have an idea how to get anything to work in the current scene. SIMPOL does have a way using existing structures to do so.

But don’t take my word for it, watch the film and read the book and come and join us, because the planet needs men who care and who can and be bothered to act. This Book of Man website is founded on such a belief.

Lean back and let John and I read you a game-changing story: The audio-book of The SIMPOL Solution: Solving Global Problems Could Be Easier Than We Think … https://t.co/xLN7uddTBn via @AmazonUK