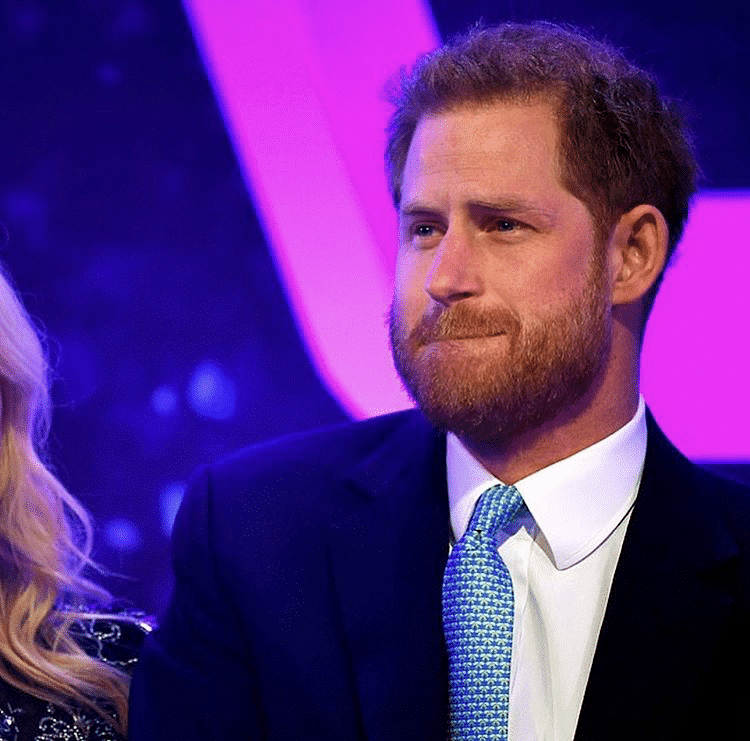 Prince Harry – Go On Son, Cry and Sod ‘Em All

The world has gasped at the sight of Prince Harry crying - many have subsequently hooted, or become enraged, but those folk need to shut up.

Fair play to Prince Harry. Crying like that. Fucking brilliant.

Now you can just see every sunken-eyed, purse-lipped, self-‘confessed’ Alpha, white potato man boshing at his phone with such an angry fat thumb that it makes the screen fracture, as he types, ‘Fukin snowflake fukin gay so called soldier boo hoo lol lol’.

Well, sorry old bean, but your fantasy version of what a man should be, picked up from Steven Seagal films and that over-compensating American Bloke From Instagram who hires models to fawn over his shaved chest in post after pathetic Vegas post, that version is indeed just a fantasy.

The real stuff of being a man is hitting those moments when you feel – and let it out too. It’s when you hit those moments that truly change you, and give you character. So yeah it can mean falling in love, staggering out of love, having a great triumph or defeat in your chosen arena of fun, or when you lose someone close to you, or indeed gain a new person in your life. I mean, Jesus, having a baby will turn you into an emotional wreck in a way that could only previously be achieved by 15 Jagerbombs and a packet of Prawn Cocktail.

It doesn’t happen to all dads of course, some aren’t there, others don’t care – but I would argue for the vast majority of dads, sooner or later (for it can take a while), you will find a new door opening inside you to a world you never knew existed. Sure you’ve been in love before, and this is similar, but there’s some other primal shit happening now, where, as Harry revealed, the mere mention of the fact you now have a kid can bring a tear to the eye and a sob to the chest. It’s not so much a self-congratulatory, ‘Oh my little Timmy is so wonderful’, it’s more about, ‘shit, I love this little thing more than myself’ swiftly followed by, ‘turns out, not everything is about me.’

Now I may be alone in this, or maybe not, but as a man, I tend to think the entire world revolves around me. And as a white heterosexual man, it pretty much does. Of course, this same world is the very thing that messes me up because it’s restrictive and simply wants me to act out my assigned role. So I think the world revolves around me for a good reason, but I also end up not particularly liking the world, or myself. There’s no real fulfilment there, not really. The world fosters my male ego to fuel its economic needs, my willingness to drink shitloads, my desire to earn all the money, sleep with all the women, buy loads of shiny stuff and wank myself half to death with a comically gym bloated Popeye arm. ‘Cool, I’m doing all right, I’m achieving’. And then you have a kid and go: ‘fuck, I know nothing, and none of that means anything, this is life right here, this little thing, and its shit is black’.

No doubt this is where Harry’s sob came from. Speaking at that event with the sick children, naturally emotions must have run high when thinking about his own child in that context. But I’d wildly speculate that it was more than that, that it was about the fact he’s changed as a man, and discovered something about himself that he has to come to terms with, and that is quite scary. A vulnerability.

Vulnerability because he has something to cling to and which he never wants to lose. And that extends to the family unit too, which in his case has been particularly under threat. But in breaking down on stage in a public place that vulnerability was shared with a whole lot of people, which is important. A good portion of the loud voices weighing in are of the ‘you goddamn pussy snowflake ginger what now i ate my own shoelaces bubba’ kind, but rest assured there are many more who Get It and dig it.

Royalty or not, that’s some good manliness there.

Sign up to our daily newsletters for more from the front line of modern masculinity.