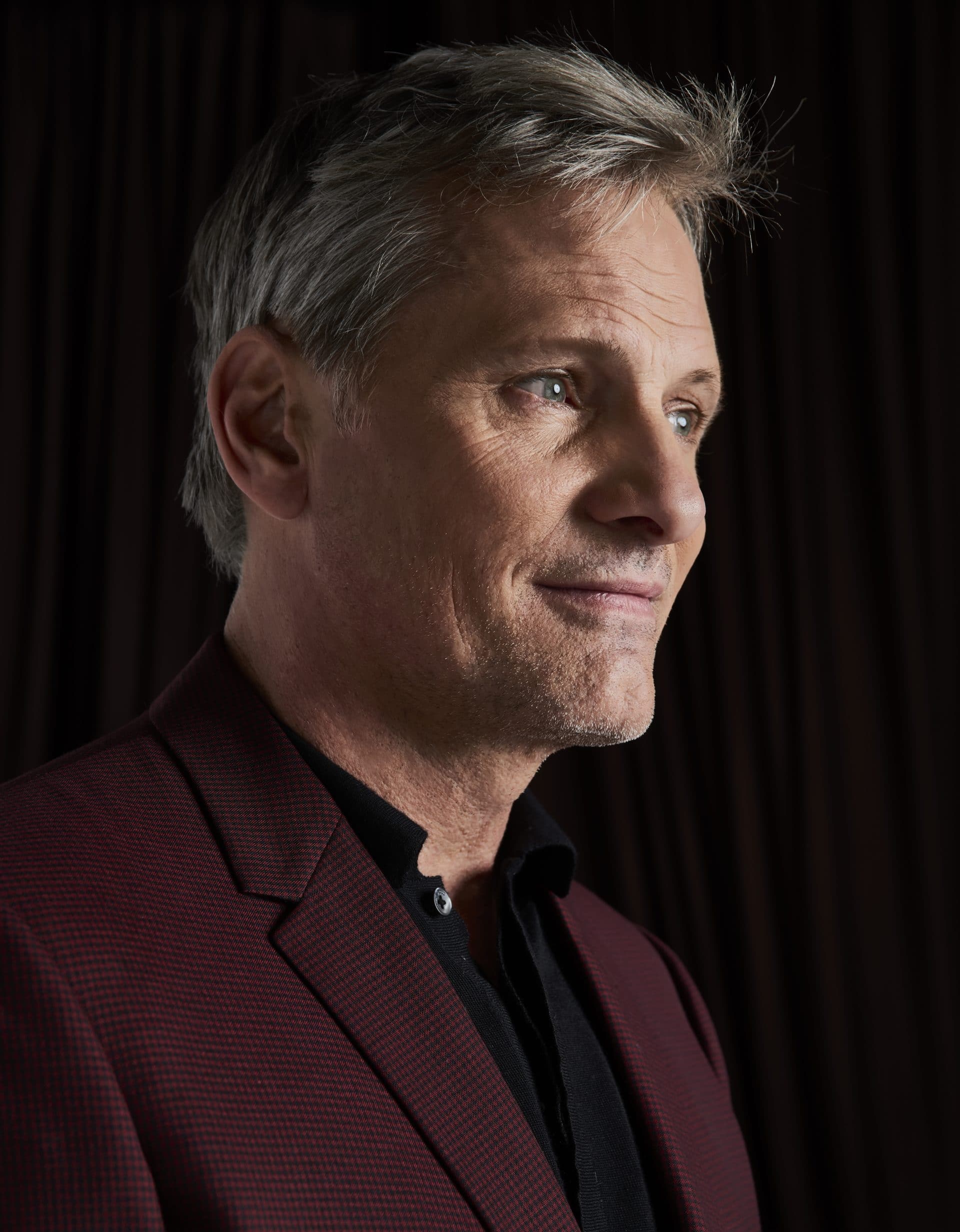 Viggo Mortensen – Men of the Year

An interview with Viggo Mortensen about his powerful directorial debut, Falling, and what it says about masculinity and the importance of communication... 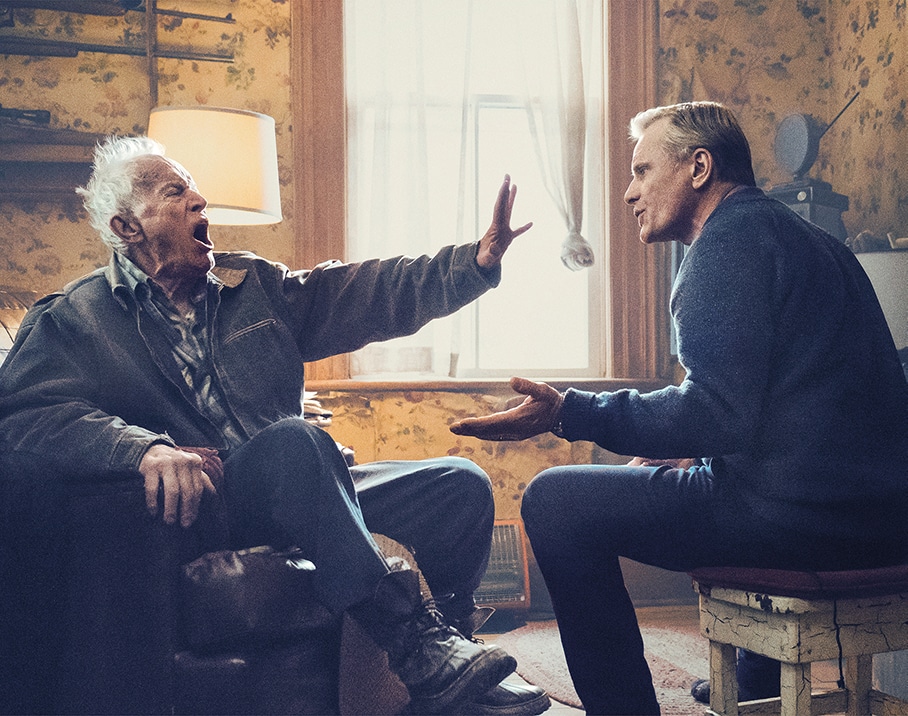 Congratulations we’ve made you one of our Men of the Year, for making your remarkable film, ‘Falling’. I firstly wanted to ask how you met the challenge of directing as well as acting in a film – did it require a whole new mindset?

Although I’d not intended to act in “Falling”, I eventually concluded, after failing a couple of times to secure financing for the movie, that my participation as an actor might make it easier to attract investors. Furthermore, since Lance Henriksen and I had worked quite a bit on the screenplay and on the father-son relationship at the heart of the story, it seemed to me that playing the part of his son might be a logical continuation of our work together. It was, of course, a bit more of a challenge to both direct and act in certain scenes, but the acting part of it was not nearly as complicated as I feared it might be. Acting with Lance was a pleasure, and, because I was paying very close attention to his every word and gesture in my capacity as a director, I was at ease and did not second-guess myself as I normally tend to as an actor. My focus was mostly outside of my own concerns and insecurities as a performer. After all, the foundation of good acting is good reacting, and that is what I was doing at all times with regard to Lance and the other actors I performed with in “Falling”. As a director, I had prepared for the shoot meticulously and well ahead of time with the actors, with cinematographer Marcel Zyskind, production designer Carol Spier and other members of our team, and was therefore relatively calm in the knowledge that we had planned each day’s work well. As much as I enjoyed both directing and acting in “Falling”, however, I don’t know that I would choose to play a principal role in the next movie I direct. I’d like to exclusively focus on writing and directing the next one.

You’ve said it is a personal film and it’s dedicated to your brothers – was the making of it illuminating for you in that sense? In thinking about your family?

-Even though “Falling” is mostly a fictional story about an imagined family, it does have its roots in personal memories from my childhood and adolescence, as well as in my intimate experiences with dementia in our family, particularly as regards my mother and father. I was a constant witness to their struggles with this disease, frequently in a care-giving capacity, and  how it affected their relationships with me and others. By preparing, filming, editing, and now discussing “Falling”, I suppose I have kept alive certain memories and feelings I have for my parents in a more vivid way than might have naturally been the case in the years following their passing. For me this has been a positive sensorial extension of both te loss and belated appreciation of my parents and what I have learned from them. I believe the experience of telling this story has helped me make peace with my parents and with myself. Perhaps it has also helped me relate to the emotional connections  that some audience members have expressed feeling with regard to their own family histories.

The film depicts a man struggling with dementia but also torn up with rage and regret. He’s an abrasive character to say the least, but also funny and clearly in pain – how carefully did you have to work on him as a character to keep him human not simply hateable?

First and foremost, for a role as complex and demanding as ‘Willis’, I had hoped to find an actor that would mine the character for all possible layers of humanity in a courageous, credible manner. In Lance Henriksen, we are fortunate to have an artist who has given us a performance that far exceeds the sort of interpretation I’d hoped for. Part of my intention as I wrote the character of ‘Willis’ was to not only create a blueprint for person who is uncompromisingly honest to the point of being regularly offensive, but to also find a way to give him degrees of very human unpredictability and a subtle sense of humour. No person, however constant their character flaws or assets might be, always behaves in the same way, is always only one thing.

We see him in flashbacks where we see him in more tender moments, a hard man but capable of love…did you want to depict how bitterness can overtake us in life if we’re not careful?

Yes, certainly. There are moments in any person’s life, I feel, that mark that person. Big and small incidents, remembered gestures or words – or the lack of them – that one carries forward as psychic scars. Learning to live with and perhaps even appreciate those subjectively recalled wounds and their consequent scars is not generally a question of simply “getting over it”. On the contrary, I feel it is a question of opening oneself to those moments as one remembers them, accepting them and attempting to see and feel them from not only your point-of-view, from more than one angle, imagining how and why the other person or persons connected to those moments seems to us to have behaved in a particular way. In “Falling”, a memory that ‘Willis’ has of his wife and children leaving him is one that has clearly embittered him, a recalled event that he has not made peace with. Perhaps by the end of our story, ‘Willis’ has come a bit closer to forgiving his wife, ‘Gwen’, and himself. There is, at least, a small glimmer of hope in that regard.

While he thinks of himself as a strong man, the really strong man in the film is your character, his son, he maintains dignity and patience in managing his father. What did you want to achieve with that character?

In writing and performing the role of ‘John’, I did not want to in any way imply that he was somehow morally superior to ‘Willis’ or anyone else, or that he was, generally-speaking, an example to be followed. I wanted to explore the limits of efforts at communication, if there are any, and to experience, in action, the uncertain consequences and lack of any guaranteed result from such efforts – as well as the possibility, however slight, of those efforts being rewarded. Sincere and unconditional acceptance of others and of oneself at any given moment, is without a doubt the foundation of any hope for empathy and personal connection. That sort of approach, however erratic or awkward it might be, is, I think,  a way to learn what one’s own real motives and aspirations are in dealing with others.

Lance Henriksen is a legend, what surprised you about him when you worked together?

His kindness, humility, and generosity as a man and as an artist. I greatly admire the lengths he went to in exploring his character’s emotional journey, and the fearlessness with which he approached the job of portraying ‘Willis’. Although I wish everyone could meet Lance and learn how very different he is from the character he played in “Falling”, even in this troubled movie portrait one can sense an element of Lance’s own vulnerability and forthrightness. While he never compromised – never is “caught acting”, as Lance himself would put it – he has lent a hint of his own dignity and light to a character that might have had none.

Did the film make you consider ideas of masculinity – of what forms us as men, what behaviours can become ingrained? How old school notions can corrupt?

While there are as many types of masculinity as there are human beings, it is true that some generalisations can be made about people from certain generations and/or regions, walks-of-life, and upbringings. In ‘Willis’, a man born and raised in a rural area during the Great Depression and World War II, we have a person accustomed to hiding his emotions and determined to give the impression of always being in control as a husband and as a father. ‘Willis’ does not adapt to others in his relationships, or to changing times. He is very much a “my way or the highway” sort of man. His son ‘John’, husband ‘Eric’, grandson ‘Will’, or New York State Trooper ‘Sergeant Summerville’ are obviously all quite different types of men, raised in different circumstances, having been exposed to different parental models. Even male characters we hear described but do not see, like neighbour ‘Danny Ward’ (or “Danny-fucking-Ward”, as ‘Willis’ refers to him), who married ‘Jill’ after she left ‘Willis’, is presented to us as a very different type of man than ‘Willis’ has become.

What do you hope audiences will take from the film?

That any effort to communicate, however clumsy, annoying, or apparently ineffectual, is preferable to not communicating at all. That life is short and all connections with nature and with other human beings are worth exploring and savouring.

What have you learned from this difficult year?

I offer exactly the same answer I gave to your previous question.

You can watch Falling via our special Screening Room below. We’re giving 50% of the ticket price to The Alzheimer’s Society…