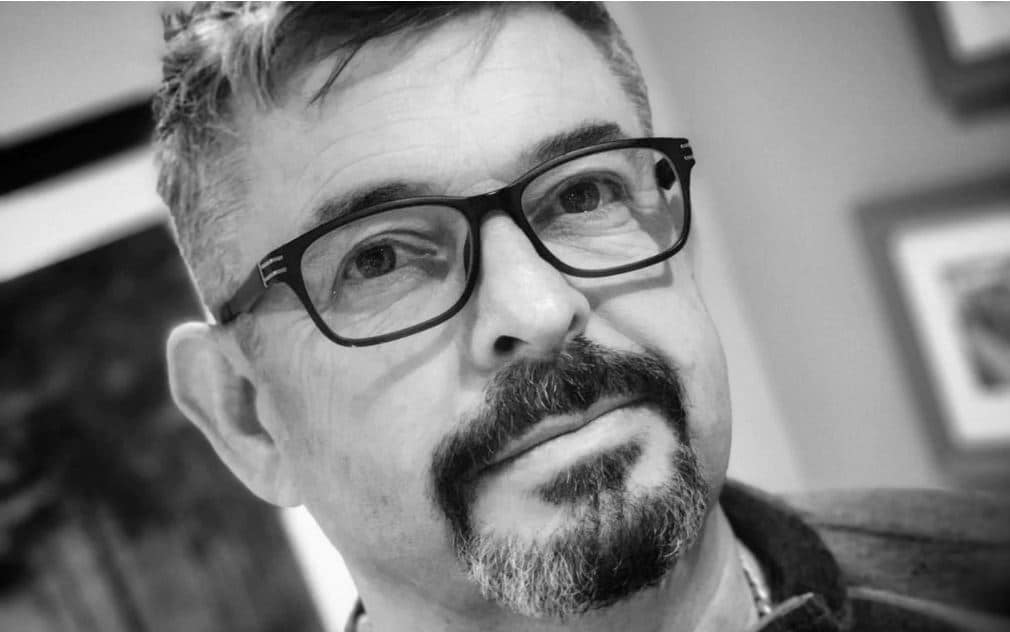 Why we need to support veterans’ mental health

Veteran Dave Fincham tells us about his experiences with mental health in and out of the Forces, and what changes need to be made in delivering support...

Dave spent years working in the armed forces, travelling to war zones around the world. He now uses his experiences to raise awareness of veterans’ mental health challenges. We spoke to him about his life and career and how he was helped by the Veterans Complex Treatment Service at St Andrew’s Healthcare:

What were your experiences in the Armed Forces? How and why did you sign up?

I was interested at the age of 16 to join the Royal Marines, as I was very successful at sports at school competing at county level in a variety of sports. I attended pre-selection at Lympstone which I really enjoyed but failed on the last test, the fireman’s lift, due to my small stature at that age. My father was a teacher at a secondary school and spoke to a visiting naval recruitment officer who suggested that I consider the Royal Engineers where I would be able to select a trade and then specialise with either 59 Commando (Royal Marines) or 9 Para (Royal Engineers Parachute Regiment).

I continued my personal training, running and swimming, and attended a selection process in Sutton Coldfield for the army and was delighted when I was accepted for the Royal Engineers.

I ended up on active service with the Royal Engineers and later was able to peruse my dream as part of 59 Commando and Special Forces.

What kind of mental health support is there when you’re serving?

There is very little, if any, mental health support that I can remember at that time apart from SSAF and the local Padre. After I passed out from basic training, I was asked if I’d like to join the PT Army Corps for the training regiment which I considered, but declined because I wanted to fulfil my ambitions and a few weeks after my first posting I was put on a cadre for selection to promotion to Lance Corporal and 6 weeks later I had my first stripe.

It was at this time that I was significantly bullied due to the spotlight on me and my achievements but I was too frightened to ask for help as some of the NCOs (non-commissioned officers) were the perpetrators.

I felt that I had nowhere to go even though the attacks on me, and others, were very serious. You are conditioned not to talk about your feelings and there is, obviously, an element of pride too.

How did you react to life after service?

After leaving the army, the first 12 months felt like I was on holiday as I was no longer wearing a uniform. Looking back I was still maintaining the unconscious behaviours that I was conditioned to, I continued to be on a state of alert and high vigilance all the time, and still do to this day.

I was unaware of my mental state being an issue, I just accepted it as part of the job but counselling and welfare were not discussed as part of the discharge process. I was still part of the reserve service reporting once a year for inspection so I was expected to retain the behaviours I had learned in the army.

When did you realise you had a mental health problem and how did you find help?

It wasn’t until many years later that I realised I needed help. As part of getting older I began reflecting back on my experiences and questioning what happened and why. I was dealing with the memories of my treatment in the army, along with the experiences I had encountered on service.

I also began mentally processing events that had happened to me at school, such as being stabbed, and also my current relationships and journey in life. Feeling of being a failure began to surface and, looking back,  I was self-medicating on alcohol to numb the feelings, but carried on with daily life whilst lying and deceiving friends, family and colleagues to hide what was going on.

It wasn’t until my relationship broke down and I lost my job because of my behaviour that things started to spiral. I was working successfully in high-paid corporate jobs that were very stressful and this started to compound things.

I still managed to cover this up and secure a job which I considered to be my dream job for an Austrian company that required lots of travel. It was then that I was unable to cope and broke down.

Finding help was enormously hard and took incredible courage to admit that I had a problem and find out who could possibly help me recover. My initial efforts seemed hopeless and drove me more to drink as I was rejected by one key veteran charity after another who said they couldn’t help and passed me onto to the next one where I got the same response.

The rejection had a massive impact and even though my partner was calling on my behalf too, she had the same response. It was only after I was hospitalised that my GP referred me to Steps2Change who diagnosed me with CPTSD. Due to the nature of that, said that they were unable to help and referred me to TILS who specialise in veterans’ mental well-being.

Eventually I found myself with the Veterans’ Complex Treatment Service at St Andrew’s Healthcare. It was such a relief and I have been under the care of my therapist, Victoria Lucas, since then and undergoing CBT (cognitive behavioural therapy) which is working for me.

What more needs to be done to support veterans with their mental health?

The specialist charities promote themselves as being available and, in my case, they were not. Others I have spoken to in similar position have also said the same. The charities need to address how they handle that first call, which is usually the sufferer’s final attempt for help and it is enormously hard to accept further rejection.