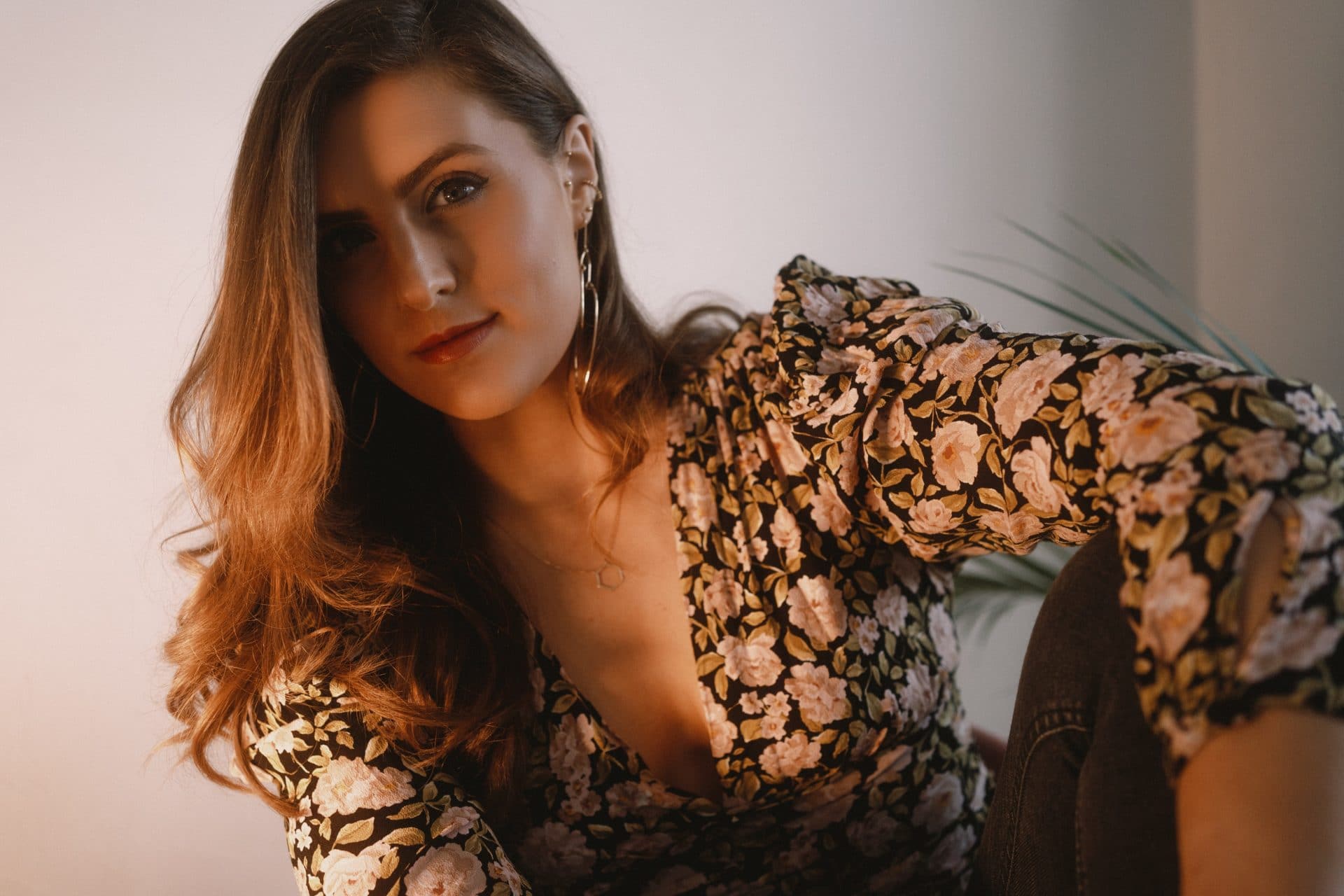 Do you think about contraception?

In her latest 'Anouszka Asks', Anouszka Tate looks at contraception and responsibility - namely, the lack of responsibility us men generally have on that front. As she explains, this is a tad unfair, to say the least...

How much do you like having sex? What would you be willing to put up with in order to have it? Put on a bit of weight? Get acne? Become an anxious, paranoid version of yourself? Lose your libido…?

What price would you pay – physically, emotionally, mentally, financially – for safe sex?

Women have been having these internal debates since the advent of hormonal contraception. These sacrifices are the norm.

They’re refusing to accept physical and emotional distress as normal. It’s not normal. We need more options, and we need to share the burden. Or at the very, very least for the moment we need to feel that our burden is understood.

‘Ladies, what contraception do you use? I’m considering getting another coil (but I’ll probs get bad skin again) or going back on the combined pill (but will probs get well moody again). It’s a lose fucking lose.’

This, a message one of my school friends sent to our girls WhatsApp group recently, was peppered in amongst discussions of how to do Secret Santa in the Covid era, and our latest Netflix recommendations.

What followed were empathetic replies sharing similar experiences and wise-crack jokes about the hilarious (read: excruciating) realities of being a woman. There was a shared matter-of-fact acknowledgement that our only option is to choose between depression, angry spots, thinning our bones, or no sex. Gosh! What a delectable buffet of treats to choose from!

It’s known by medical experts that synthetic progestins (found in contraceptives including the pill and the implant) are linked to depression and anxiety. There’s evidence on the MHRA* website about people writing to complain about the psychiatric side effects of the pill. However, depression, anxiety and suicidal thoughts aren’t listed as side effects. ‘Mood changes’ are.

It’s wildly belittling to refer to what many, many women experience as mere ‘mood changes’.

There are mental burdens in other respects too. For many contraception methods, failure rates are based on personal adherence. On any given day we have to remember to not get pregnant at the same time as remembering to buy bin bags and pay the gas bill.

I am, by the way, in no way saying contraception is all negative. In fact, for a lot of people it’s an incredible game changer. Indeed, I spent many of my teenage years in and out of hospital with debilitating period pains that left me unable to walk on numerous occasions. I was prescribed the hormonal coil as a medical intervention nearly a decade ago, and have been a pain-free twenty-something happily sowing her wild oats ever since.

Plus, there’s evidence that the pill can decrease the risk of ovarian and womb cancers.

And look, I’m also obviously not holding you personally responsible for any of the crap. You didn’t invent the pill or the implant. But this is an awareness and empathy piece, and trials of male contraceptives have highlighted double standards in our expectations…

Research published in 2016 proved a new male contraceptive injection to be 98.4% effective in protecting against pregnancy. That’s a higher success rate than typical use of the pill, the patch, and condoms.

Wicked. Whack it on the market!

Hang on pals – the study was terminated early because it was felt that the risk to the health of the study participants as a result of side effects was too high. Fine. Incredibly important not to put people’s health at risk, right?

Out of interest, what sort of side effects are we talking about?

Any of this sounding familiar?

FYI, there’s currently a contraceptive gel, applied daily to the chest, shoulders, and upper arms, being trialled. It contains a mixture of progesterone and testosterone – the former switches off sperm production, and the latter offsets the drop in testosterone that this causes.

The point is that if you pump any human body full of hormones, there will be hormonal side effects …but it’s interesting that men won’t tolerate them (quite rightly!) whereas women are expected to.

The thing is, a male contraceptive with minimal side effects becoming widely available wouldn’t necessarily guarantee wide and immediate use, because it doesn’t tackle the fundamental conversation that needs to happen around contraception being a shared responsibility.

We can already see this with sterilisation rates. Male vasectomy was invented almost 200 years ago, but worldwide female sterilisation is 10 times more common even though it’s actually less effective, more expensive, and with a higher likelihood of medical complications.

If at all possible, women bear the responsibility.

All musings up to this point suggest that contraception is only to inhibit pregnancy, but it’s also vital for protection against STIs. STIs know no gender or sexual orientation.

As I mentioned before, my choice of contraception has absolutely nothing to do with sex – it’s to do with my body and ensuring I can function in the real world, not in the bedroom. Conversely, a medical condition might be the reason others can’t be on a certain contraceptive.

Clearly, choice of contraception is an intricate tapestry that weaves together the experiences, beliefs, needs, and desires of the specific combination of people involved in that conversation. The set up you had with your last partner might not work with your next.

That’s why I think it’s so important that you – regardless of whether you’re the one taking the physical toll of the contraception – engage in this conversation. You’re definitely one of the people engaging in the sex that makes the contraception necessary.

Speaking to Lewis Oakley, a bisexual activist, really brought this home for me. “It is hard sometimes. When I was single it was like ‘oh, I don’t have to have a contraception conversation with men’, we both know whether one of us has a condom on or not, whereas with a woman it’s like ‘should I ask? Should I not ask?’

“Being bisexual is very culturally difficult – what straight women find acceptable, gay men have a different set of standards, and when you’re constantly bouncing between the two you do mess up sometimes.”

Lewis told me that when he speaks to bisexual men, anecdotally they’re more religious about using condoms with other men, but laxer with women. I pressed him on this, interested that men were perhaps more wary of contracting an STI than creating a whole human child. (Both are, obviously, incredibly important risks to consider).

“Let me riddle you this,” he said. “What role does pregnancy play for a bisexual person? I really want to have kids, and dating a woman it’s a lot easier to have kids. If I were dating a man it would be a lot harder – we’d have to look into surrogacy or adoption. I’d love to ask bisexual people what role pregnancy plays, not in choosing a partner, but is it like ‘oh well if someone gets pregnant at least I’ve got a biological child’? Is there that attitude?”

As I said, conversations about contraception are always going to be different depending on the person you’re with at the time – they’ll come with their own attitudes and risk thresholds that have to interact with yours. Factors like how long you’ve been, or plan to be, together also play a part.

Once in a relationship you may well be happy that all parties are STI free and therefore pregnancy is indeed the only concern. However, although it’s still two people who are having sex, the mental burden of having to decide whether to use a condom or not falls back on one: the woman. Maybe I don’t want to go back on the pill and risk that acne, she thinks to herself …but I guess I’m going to have to if we don’t want to use condoms.

Women again become the gatekeepers of sex – the ones who are either granting or prohibiting it, rather than it being something they get to enter into frivolously ‘coz it’s bloody fun.

Oh, and while we’re here, a reminder that if you haven’t been tested you don’t know if you have an STI – many are asymptomatic.

Even if we’re a good while off there being a viable male contraceptive on the market, it’s really important to try to understand what’s happening with trials, because it’ll force you to examine your own current relationship with contraception.

Whoever you’re sleeping with, whatever the set up, however long it’s been going on, feel out the situation together. If one partner’s body is going to be affected by contraception outside of sex itself, listen to them and ask questions so they know you’re invested. Even if the physical burdens have to remain a little one sided, the mental and emotional ones should be shared responsibilities.