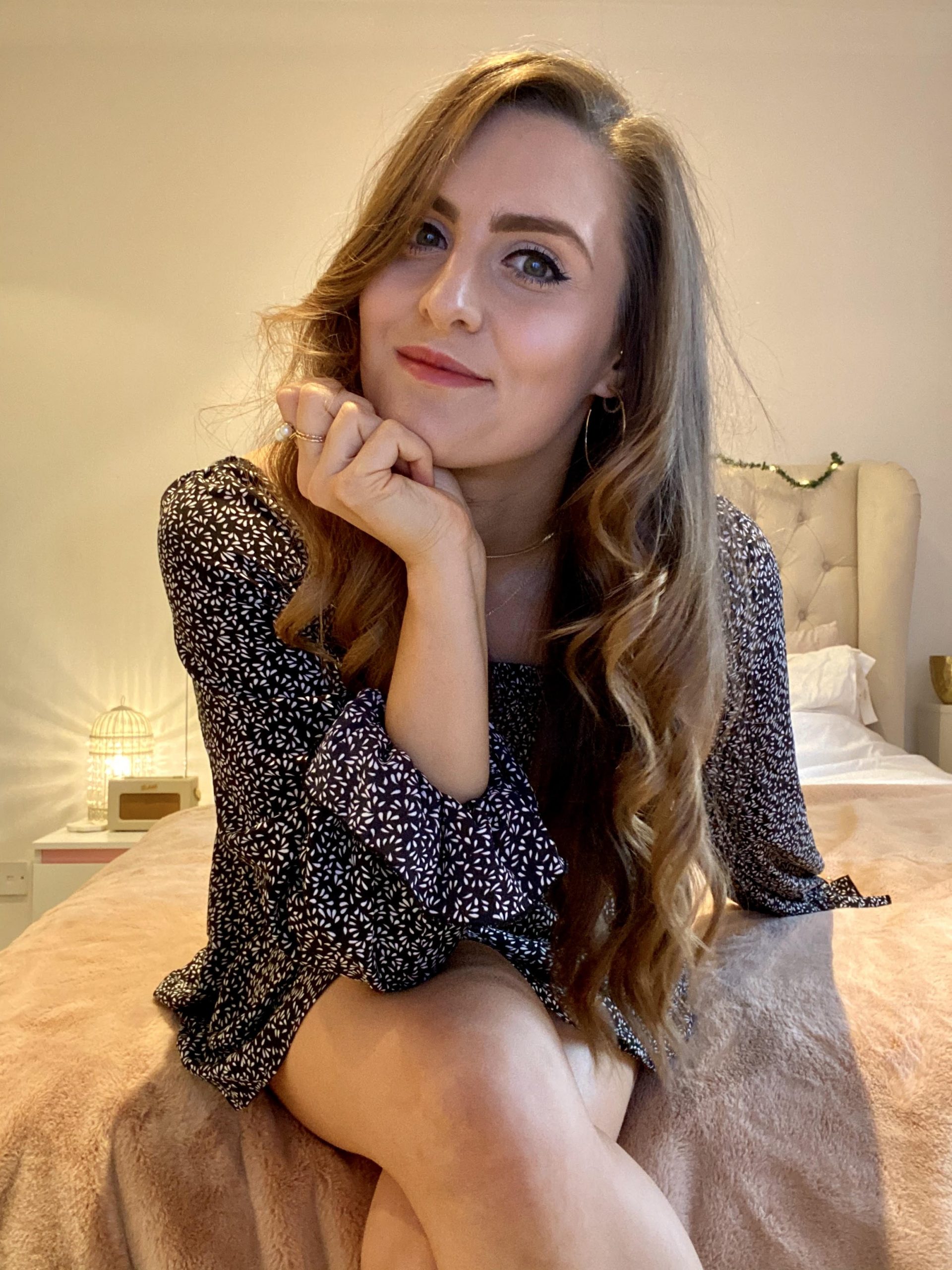 ‘My girlfriend wants to go again after sex, but it’s not always an option’

Anouszka Tate answers more sex positive reader questions: on the male recovery period after sex, and how to talk to partners about being HIV positive.

My girlfriend always wants to go again, and possibly again, after we’ve had sex. Is there any real science I can use to explain why that’s not always an option? Wondering if falling asleep afterwards is also related because I could do with getting her off my back about that too.

You’re talking about the refractory period – the time after a man ejaculates when he’s no longer sexually responsive. Ie. you can’t get hard.

After ejaculating your dopamine and testosterone levels drop, sending neural signals that tell your body (read: penis) to relax. Testosterone also plays a big part in stimulating your desire to have sex, so basically these hormone changes are stifling the idea of sex both physically and mentally.

At the same time, the hormone prolactin increases. As a general rule, the lower your personal prolactin levels, the quicker you can get going again. Serotonin also increases. That’s the hormone that dampens alertness and mental activity. This is excellent news for you because it means that yes, falling asleep after sex is also backed up by real science.

Note that medication you’re taking – anti-depressants in particular – might be disturbing your dopamine and serotonin levels, so it’s always worth a conversation with a doctor if you feel your sex life is being adversely affected.

Refractory periods can vary massively from person to person; some can go again in mere minutes, for others it can take hours, or even days. Recovery is based on a number of intersecting factors, including age, hormones, overall health, and level of arousal post-orgasm-number-one.

Eager to get back in the ring asap? Increasing arousal is the part you can take control of in the moment, but you’re going to have to give those dopamine levels an extra extra boost given they’ll have dropped post-ejaculation. You’ll likely need a bit of novelty so make a couple of changes from what you were doing before. Have a think about what your sexual accelerators are.

Longer term, you obviously can’t affect your age so we’ll put that to one side, but you are in control of your overall health. It’s all the standard stuff and I don’t want to masquerade as a nauseating government health campaign so just use your common sense when it comes to the usual suspects. Eat better, move more, smoke less etc etc.

What I’m not going to advise is external help by way of supps promising to make you harder and faster than Wolverine on steroids. Be wary, there’s none of that real science you’re so keen on backing up most claims.

I sense a modicum of exasperation in your question when it comes to your girlfriend’s ostensibly insatiable desire. Her experience is backed up by science too. Women tend to have a much shorter refractory period. Some don’t have one at all. In theory, yes, your girlfriend probably can go again and again no problem, although always check in with your partner because even though her cocktail of hormones might be saying ‘yes’, her now-sensitive post-orgasm clit might be saying ‘give us a sec babe’.

Also just FYI, you don’t have to have an erect penis to give and / or receive pleasure. Something to think about.

I’ve had some bad experiences telling new partners I’m HIV positive. I’m undetectable so I know I can’t pass it on, but I’m sure I can feel men recoiling when I try to talk to them. Maybe I’m not saying it right. I’m definitely always nervous about bringing up the conversation. How can I be stronger in my conviction because I do think disclosure is important?

First up, if you’re having protected sex there’s no law that says you have to disclose your status to your partner. It’s absolutely up to you whether you want to.

A lack of understanding about HIV and STIs more generally is what allows stereotypes and stigmas to cement themselves in our social conscience. Stigmas create silence, and silence breeds STIs. As our collective education increases, viral transmissions decrease.

In order to be stronger in your conviction, arm yourself with as many facts as possible.

As you say, you’re undetectable and can’t pass on HIV. Having an undetectable status essentially means that as a result of antiretroviral treatment there are so few copies of the virus in your system that tests would come back as negative. Your risk of transmitting HIV to a partner is zero.

If your new partner is HIV-negative they’re able to take pre-exposure prophylaxis to prevent HIV infection. This is a drug that they can take daily, or on a per-event basis. When taken as prescribed, PrEP is close to 100% effective.

Post-exposure prophylaxis is also available. This is for when someone’s concerned they’ve been put at risk of HIV infection; a course of PEP taken over 28 days will minimise the risk of that infection. The sooner you’re able to start taking PEP after exposure the higher chance you have of it working.

This is a great example of why de-stigmatising HIV is so vital – someone fearful of judgement is less likely to quickly make a self-assured decision to visit a sexual health clinic in the 24-72 hours after sex.

I wonder if you’re putting an unfair amount of pressure on yourself to manage this alone. Remember that you’re not the only person in this partnership. You should be a team. You should both want to take responsibility for your own and your partner’s sexual health.

So, use the existence of PrEP and PEP to help empower your new partner. You’re already on treatment and are unable to pass the virus on, but should your partner feel even safer taking active control of their own sexual health, there are precautions they can choose to take too.

Once you’re confident you’re as clued up as you can possibly be, you can begin to tackle the nerves.

It might help to practice having a conversation with someone who already knows everything. You can properly role play it if you want, or just let yourself have a free-flowing conversation about HIV – both the facts and your feelings. Let the language you want to use work itself into your muscle memory until you feel comfortable physically saying certain words out loud.

A lot of your nerves are no doubt coming from the fear of yet another negative reaction, but your own delivery will affect your partner’s response. They’ll mirror your level of angst, that’s why it’s so important that you feel comfortable with what you’re saying first.

Psychosexologist Dr Karen Gurney therefore recommends incidental disclosure. If you tell someone to sit down, that you’ve got something big to tell them, you’re already framing the ensuing revelation as something to be concerned about. However, if you casually ask “can we drop by my house, I’ve got to pick up my HIV meds?” it’s hard for someone to immediately clap back with anger or anxiety. That’s not the tone of this conversation.

Or, you can be a little more direct: “I just want you to know that I’m actually HIV-positive, what about you?” A question invites the other person to be part of the conversation rather than you feeling you have to frantically do all the work yourself. This is now something you’re in together, and gives the other person a chance to ask their own follow up questions. You know you know how to answer to put their mind at ease.

Don’t feel that you have to give them a comprehensive PowerPoint presentation about absolutely everything you know and feel immediately. In fact, if you’re met with a casual “no big deal” on your first innings that might feel like enough for the moment. Just keep the door open for conversation so you both know you can ask questions and share at any time.

The people who want to do this with you are the people you want around you. Rejection is incredibly painful, and I’m so sorry you’ve had to deal with insensitive people in the past, but please remember their reactions are a reflection of their own issues, not of you personally. Better to know now and seek out those who do want to listen and support you – you don’t want the other pricks in your life, or your bedroom, anyway.

Me, the carefree, cliched sassy columnist ➡️ me having an unexpected epiphany mid-writing ➡️ me when I’ve called myself ‘an idiot and a liar’ in my own column 🧐 • True story. I go in on myself in my latest @thebookofman column for buying in to shit narratives about casual sex. I also unpack the apparently all important body count, which - spoiler alert - I do not think is at all important. • Full article thebookofman.com ❤️