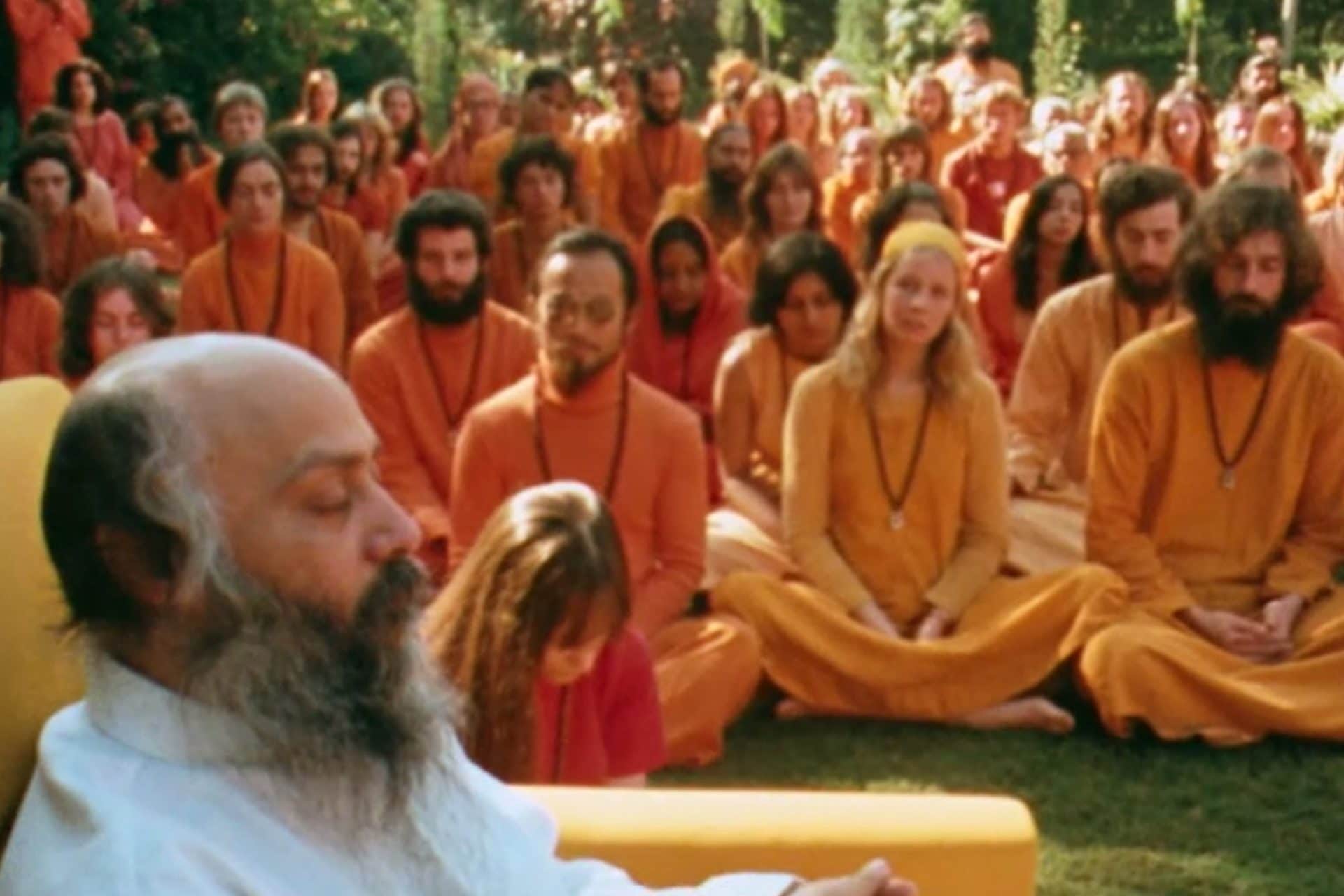 THIS IS HOW CULTS WORK

Rick Alan Ross is the world’s leading authority on cults and the founder of the nonprofit Cult Education Institute. Over the last 30 years, he’s helped to ‘deprogram’ over 500 cult members and was consulted by the FBI during the Waco siege in 1993. He’s also met numerous cult leaders including Keith Raniere, leader of the ‘master-slave sex cult’ NXIVM, which recently hit the headlines when members revealed they had been branded like cattle. Like many modern cults, NXIVM cloaked itself in fashionable ‘life coaching’ courses. More on that later, but we started by asking Rick to explain brainwashing…

‘Brainwashing’ is a word used in popular culture to describe what is really a synthesis of coercive persuasion and influence techniques used by authoritarian groups and/or leaders to manipulate people. These techniques allow them to gain undue influence, which can often be seen through the seemingly odd behaviour of those being manipulated. That is, they often act against their own best interests, and consistently act in the best interest of the authoritarian leader and/or group that has influenced them.

Are educated, stable people less likely to be recruited than those in emotional turmoil?

Anyone can be recruited into a destructive cult, regardless of their education, family and/or socioeconomic background. For example, I’ve staged interventions to help five medical doctors leave ‘cults’. Typically, people are recruited through deception without fully informed consent. Someone they trust –  perhaps a family friend or coworker – may initially introduce them to the group. Often, the person recruited is experiencing difficulties in their life such as divorce, unemployment, a bereavement or something that makes their life difficult. This affords the group or leader an opening, to seemingly offer a ‘solution’ or a way to relieve that person’s pain.

What are the primary motives for setting up a cult today?

Destructive cults are led by totalitarian leaders who have little if any meaningful accountability. These leaders are frequently narcissistic and have been described by mental health professionals as sociopaths or psychopaths. Such leaders seek to satisfy their own needs regardless of who is harmed. They often exhibit little if any genuine concern for the consequences of their bad behaviour and often exploit their followers for money, sex, free labour, or simply to satisfy their narcissistic needs. Ego fulfilment and self aggrandisement seems to be a constant. Their primary motivation is often personal power and the pleasure that it provides them.

You’ve met numerous cult leaders. Were any of them surprisingly likeable? Magnetic, even? Or do they only appear so to their devoted followers?

My meetings with cult leaders have often been adversarial. For example court ordered mediation with Keith Raniere the former leader of NXIVM who sued me, or seeing a cult leader in court when I testified against him or her. In some of these situations I could see that the leader is charismatic and/or appealing in some way. But more often the circumstances surrounding the meeting made the leader rather hostile and dark. Cult leaders like people who say “yes” and are compliant. They can be charming when you agree with them and follow their instructions. But when you say “no” or do something to oppose them, their charm often wears thin.

Given that everyone has access to information via the internet, why are cults still on the rise?

The internet cuts both ways. It can be used to find the historical facts concerning destructive cults – or it can be used to obscure or spin the facts in self-serving and deceptive ways. The same goes for social media. Destructive cults routinely use YouTube, Facebook and Twitter to recruit and manipulate followers. They also use platforms like PayPal to collect money. There are now groups and leaders online who recruit and exploit people through the web without ever meeting them face-to-face.

Above: Cult specialist Rick Alan Ross talks about his first encounter with a cult

Lots of new cults seem to be using millennial-friendly ‘life coaching’, wellness and yoga as their smokescreen. Have you noticed this trend?

Destructive cult leaders almost always use whatever elements in popular culture might tap into the current zeitgeist. But there are any number of facades authoritarian controlling leaders may use to exploit people. Certainly life coaching, which is largely unregulated and unlicensed, is one convenient avenue that has been used by groups like NXIVM. Yoga and meditation has also been used as a guise by various groups such as the Rajneesh movement [featured in the Netflix documentary, Wild Wild Country]. Yoga and meditation can potentially be used as a vehicle for manipulation through trance induction and/or hypnosis. The key to protection is watching for the warning signs.

Bizarre new cults spring up all the time. Which ones have caught your eye lately?

I recently came across a Black supremacist group called “The Republic of Mentellect” led by Nuben MenKarayzz, aka Scott Anthony. Anthony claims to be the pivotal spokesperson for Ahmen (God). He recruits through YouTube and collects money through PayPal. MenKarayzz specifically instructs members of his group to pay their dues ($100 per month) either through PayPal or by sending him a blank money order in the mail. That is, without a designated named payee/recipient of the funds. It seems that Nuben MenKarayzz can then fill in whatever or whoever he wants. As many as a hundred people seem to be sending MenKarayzz as much as $10,000 a month. His teachings appear to be copied from various Black Israelite, Black Hebrew groups such as Israelites United in Christ (IUIC).

You’ve been involved in over 500 instances of deprogramming, have the techniques become more efficient over the years?

Yes. The availability of information through the web has made my research much easier and more efficient. For example, the database at the Cult Education Institute. Also, how a subject, fact or person can be searched during an intervention can potentially be meaningful.

What’s the most difficult stage of an intervention?

The first day. Most interventions that fail end in the first day when the cult-involved individual decides to leave rather than talk about their family, spouse or adult children’s concerns. The key is convincing that person to stay, participate, and allow those concerned the time to explain their concerns – as well as share information about the group and/or leader in question. It also takes time to explain and develop a better understanding of how coercive persuasion and influence techniques might have been used to gain undue influence.

Lastly, what is your abiding memory of your time at Waco?

The fire. And how that ended the hopes that many families had of rescuing their loved ones from David Koresh, aka Vernon Howell. I was in touch with several families before and during the standoff who ultimately lost loved ones in the fire. They hoped to have interventions to discuss their concerns about Koresh. I did two successful interventions before the fire and hoped to help more Davidians leave the group. So many people died because of Koresh’s narcissistic delusions. This is the formula for tragedy in destructive cults; when a psychopath like Koresh gains undue influence, absolute power and can quite literally control people to death.

Watch the video below to see Rick Alan Ross discussing NXIVM, or visit culteducation.com and delve into the incredible archive of cult information accumulated by Rick Alan Ross. You can also follow Rick Alan Ross on Twitter: @RickAlanRoss

Want to try yoga without getting brainwashed? Click to find out why men are swapping lads’ holidays for yoga retreats.