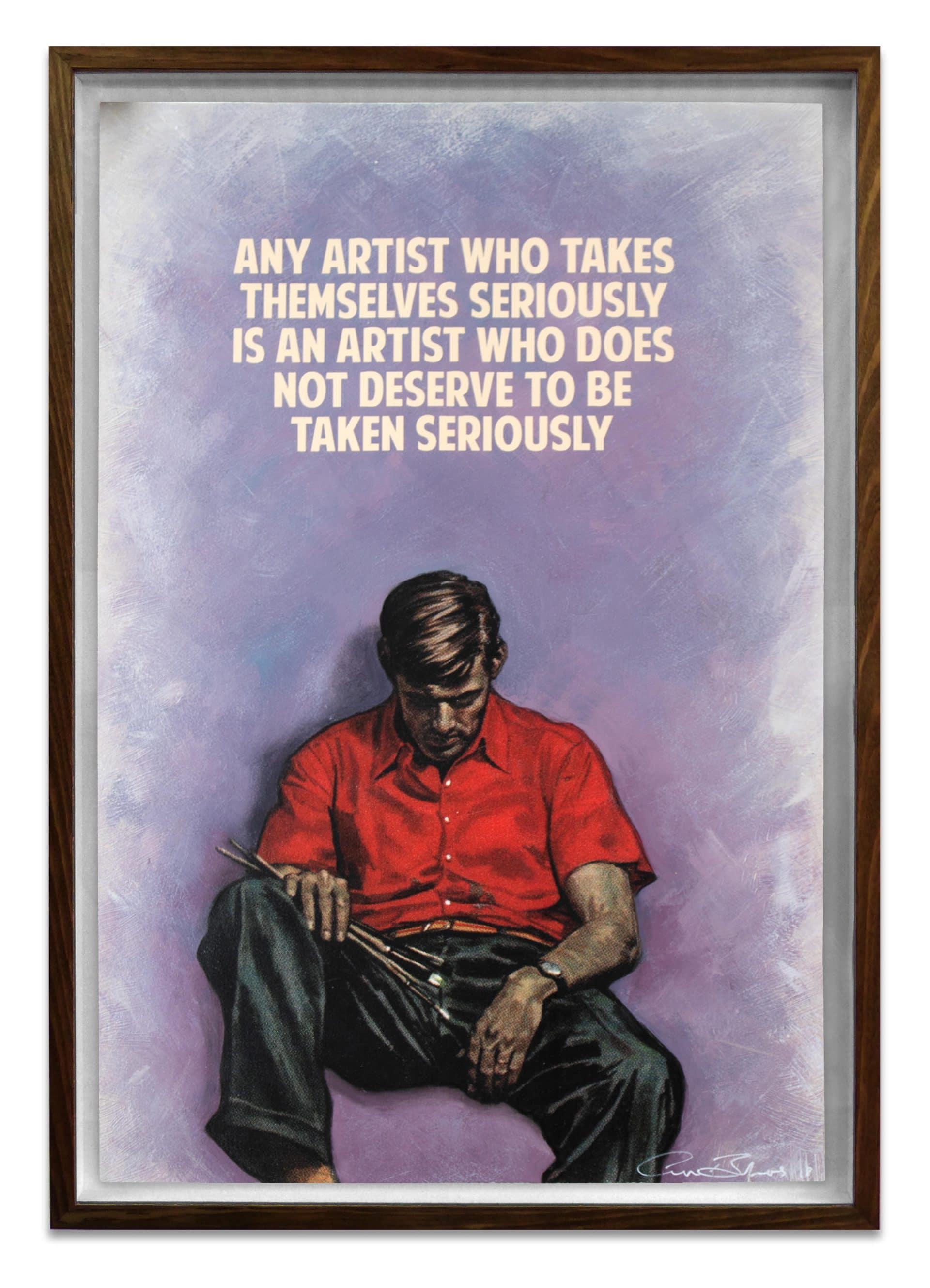 We're delighted to say The Connor Brothers' Mike Snelle is joining the team to write a monthly column. His first one questions why artists are allowed to behave badly. It's sensational.

I first realised that an artist I’m close to (feel free to guess who) was truly an artistic genius when he got wasted, told me he loved me, immediately threw a glass at my head, kicked a table, and then started crying inconsolably. I knew he was an artistic genius because why else would a middle-aged man behave like that? I’ve met artistic geniuses before, loads of them. I’m not sure I’ve ever met an artist who isn’t a genius. This, I’m pretty sure, is why they often behave like complete dickheads. Another time, an acclaimed artist in his fifties lay on the floor in a catatonic state during the installation of his exhibition and stayed there for almost an hour because the lighting wasn’t quite right. His assistant fanned him whilst telling him how amazing he was in an attempt, I assume, to bring him back from his genius induced stupor. I shit you not. It really happened. I was there. There are countless other examples I’ve seen of artist tantrums – storming out of their own shows because not enough people came, screaming that a gallery intern is ‘a complete fucking moron’ because of a spelling mistake on a label, taking a knife to their own canvases at an opening, threatening suicide if they don’t sell enough work. And it’s not just the tantrums that make some artists dickheads. Damien Hirst famously (and um allegedly) used to get drunk and then get his dick out and wave it around at strangers. Uninvited sexual contact. What a hoot! He must be a bone fide mother fucking real deal genius. Da Vinci probably got his nob out all the time.

My point is that this is all perfectly acceptable behaviour for artists. After all, who are we mortals to demand that they are accountable for their actions? Why should they be held to the same standards of decency are the rest of us – they paint pictures/sing/write/act for fuck’s sake. Of course they should be allowed to behave however they want. Funny though, when you really think about it, that Nobel Prize-winning mathematicians and physicists are not allowed to fling their own shit at people or date barely pubescent teenagers, no matter how gifted they might be. So what is it that marks out artistic geniuses from regular old geniuses? 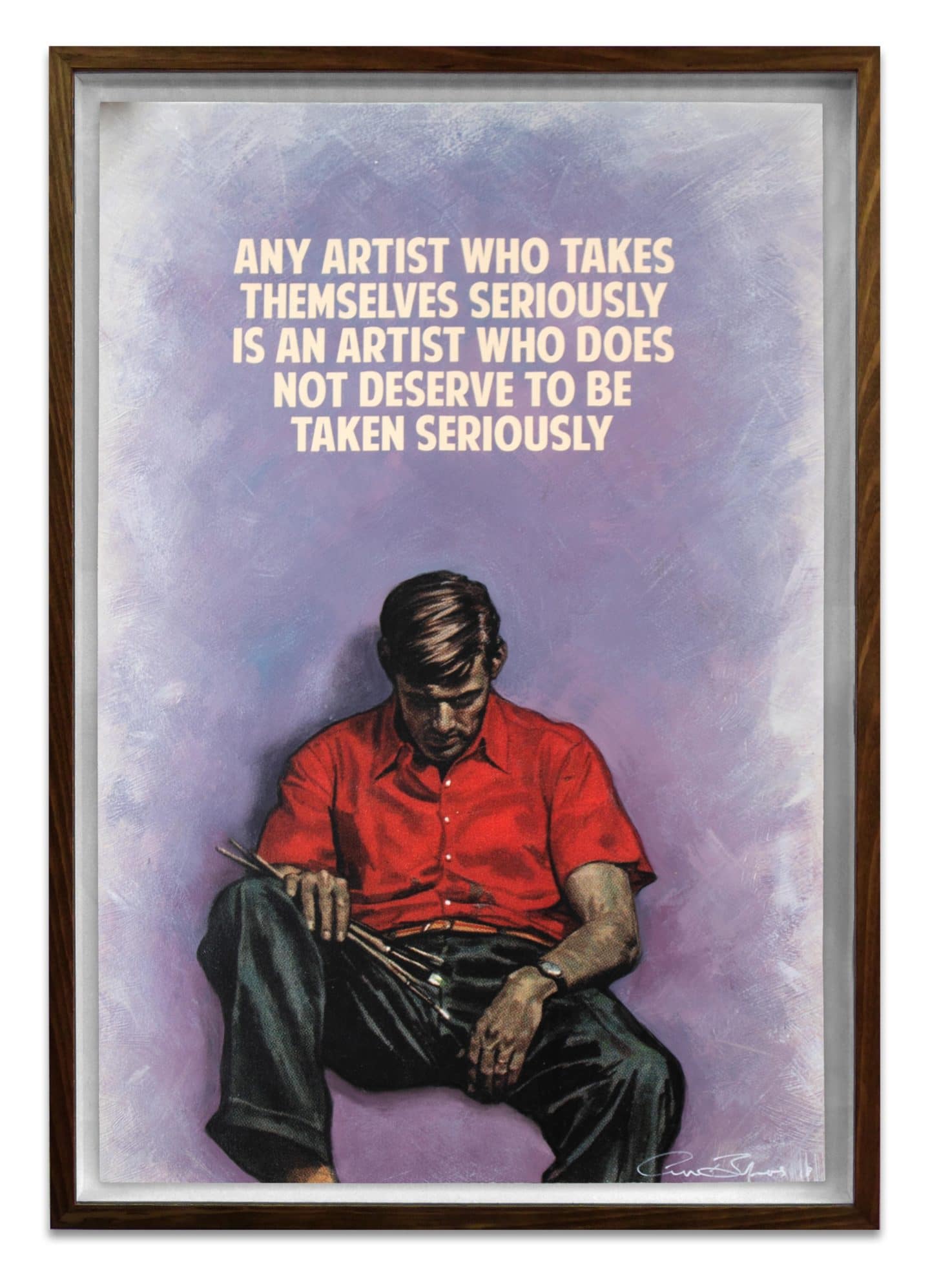 Don’t get me wrong – I like art, and books, and film and all that cultural stuff. Ok, so I’m less into opera. And I find ballet a bit dull. But I read like a motherfucker. Occasionally I even watch films with subtitles. I am myself an (possibly hypocritical) artist. At its best art can do a bunch of cool/profound things – it can make us view the world differently, or express emotion in a way that makes us feel understood and less alone. It can offer us insights into ourselves and others. But still, no matter how gifted they are, artists are not an alien species, so why do we treat them as if they are?

Maybe a part of it is just our toxic obsession with celebrity. It’s near impossible to understand why some people go into spasms of excitement at simply seeing a famous person. Sometimes they don’t even know why they’re famous but want a selfie anyway. Can always google them later I guess. Fingers crossed it wasn’t Ian Huntley. Mostly we idolise the famous for no other reason than they are just that – famous. In a culture where we judge ourselves and others on how many followers we’ve got, celebrities are gods, and like ‘real’ gods we worship them. Weird fact*: Kanye West now has more instagram followers than there are Christians worldwide. He is literally more popular than God. Christians forgive God when he acts like a dickhead. They don’t judge him for giving kids leukaemia or inventing Aids, so why would we judge Kanye when he behaves like a complete fucking moron?

The other part of the dickhead equation is the way we mythologise artists. We are quick to bestow the label genius when it comes to musicians and artists, and with that comes the idea that geniuses exist in an entirely different universe than the rest of us – a kind of creative black hole where the normal rules simply don’t apply. I’m not immune to this way of thinking myself, and perhaps there is a grain of truth in it. Geniuses, by definition, think differently to the rest of us, and we should admire and respect that. However calling someone a genius doesn’t make them one – it does however, give them a licence to behave like a dickhead. And let’s face it – even if you are an actual genius, you should probably keep your nob in your pants and try not to have tantrums.

It’s easy (and kind of fun) to ridicule self-obsessed artist’s tantrums, but there is a decidedly darker side to our willingness to tolerate usually unacceptable behaviour.  It’s this culture of acceptance that has, at least in part, allowed powerful men to sexually abuse women and get away with it.  The creative industries in particular have been hit by an explosion of sexual assault allegations in the wake of the #metoo movement. This isn’t a new problem. It’s been around forever. Gauguin was a syphilitic paedophile – a fact that for decades no-one seemed to care about. He was an artistic genius, so of course we could turn a blind eye to the fact he married thirteen year olds and gave numerous other children syphilis. Roman Polanski, Woody Allen, Eric Gill, Balthus, Bill Wyman, Michael Jackson, Kevin Spacey  – the list of powerful predators from the arts sometimes feels endless. Picasso was surely as extreme a misogynist as it’s possible to be. Do we care? Do we fuck. At least not until recently. Now we’re beginning to have a conversation about whether or not we can separate the art from the artist who made it. It’s an interesting question and I’m not entirely sure where I stand on it. Is Guernica a lesser work of art because Picasso was a wanker? Probably not. Is Woody Allen an important filmmaker? I guess so. Do I want to listen to Michael Jackson’s music? Definitely not.

Of course, however nauseating the behaviour of a minority of artists might be, the vast majority of even those ones are guilty of nothing more than being self-obsessed and prone to the odd tantrum. Our idealisation of artists (and celebrities) is unhealthy, both for them and for us. There’s nothing wrong with admiring them, or having a deep appreciation for their work, but it’s wrong to put them on a pedestal so high that they’re above judgement. If fact, it’s dangerous to do so.

If some artists behave like dickheads, it’s only because we let them. That said, if I want to have a tantrum, I fucking well will.

*This fact is based on no evidence or research. 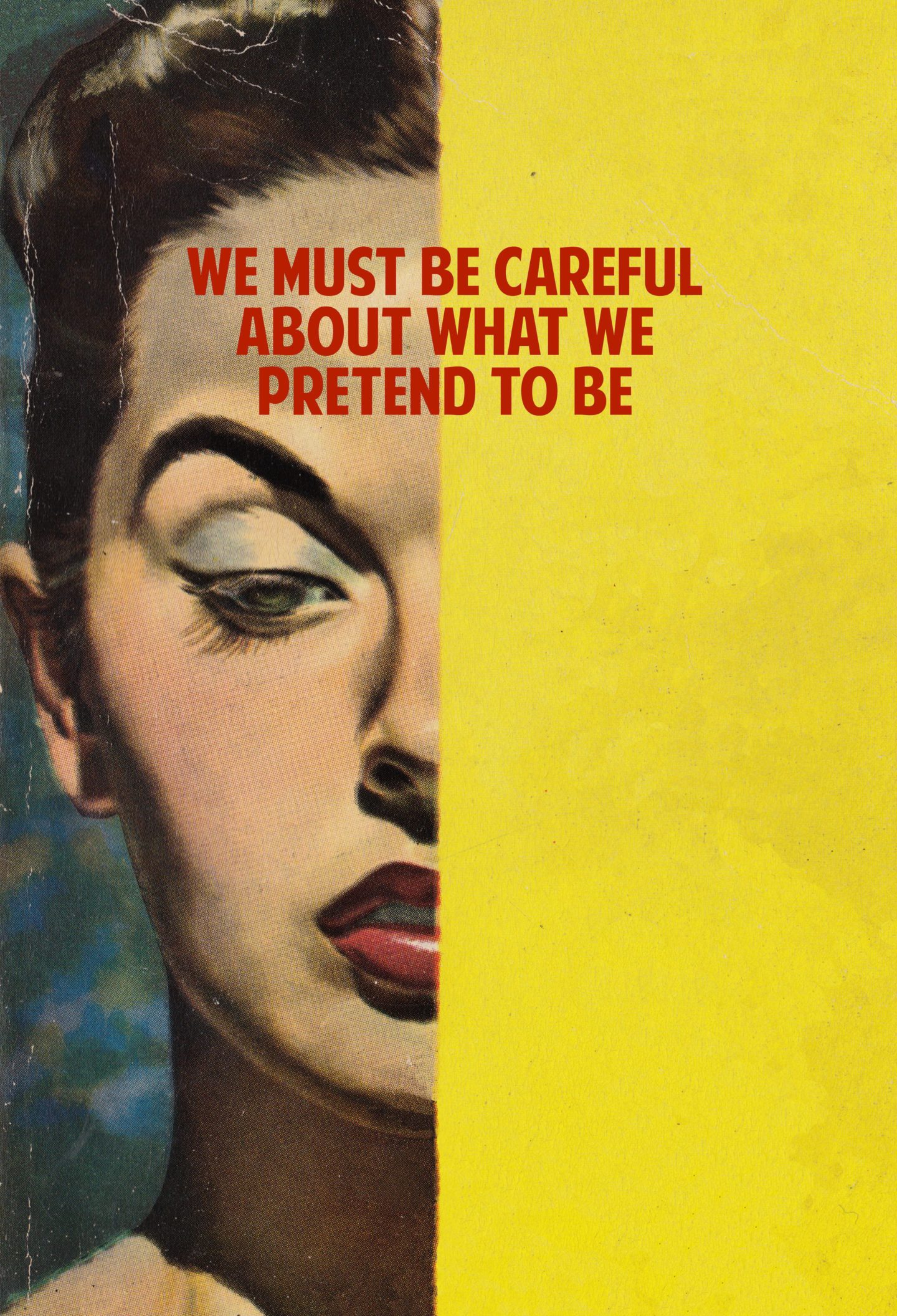 Sign up to our daily newsletters to read our columnists first, and for the best of the site. 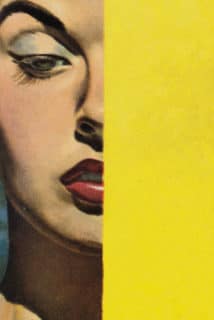 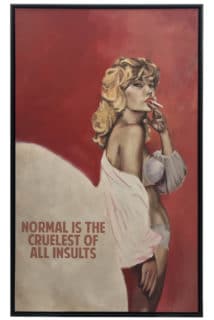