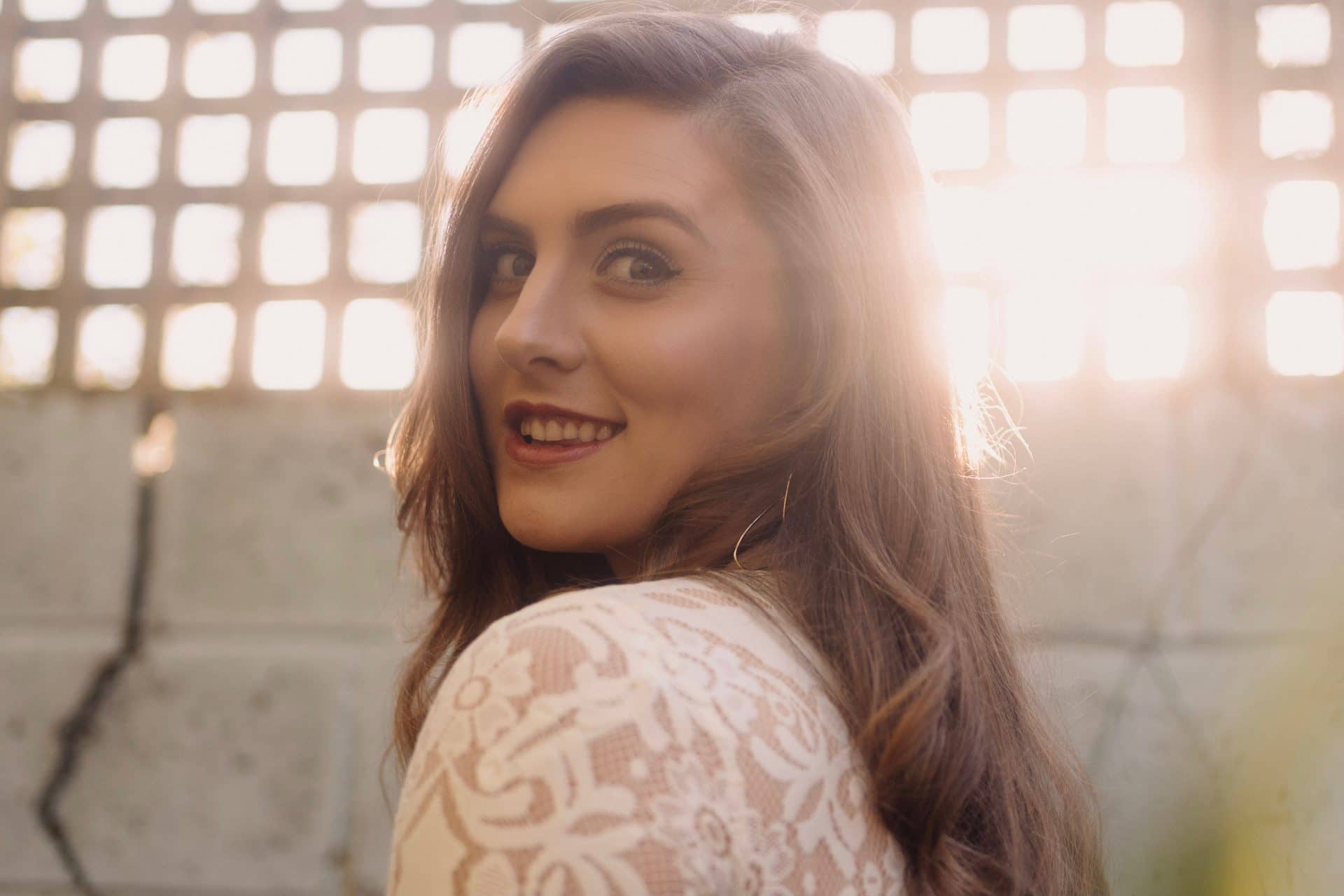 Anouszka Tate answers more of your sex and relationship questions, this week looking at the tricky issue of exes, plus anxiety about having sex after a long hiatus.

A woman I was with for a while a few years ago is kind of back in my friendship circle through a friend of a friend. There will probably be a fair few social events that I’ll bump into her at as lockdown ends. What do you reckon about going back to an ex?

There are a lot of memes – particularly aimed at women – along the lines of ‘don’t take him back’. If it’s a gif there’s probably a sassy hair flick involved. Our Internet friends are empowering us to set boundaries when we’ve been treated with disrespect, which is an incredibly important message, but I don’t think ‘never go back to an ex’ is a hard and fast rule. As ever, real life is more nuanced than that.

The first thing to consider is how messy the break up was. Did the relationship just fizzle out but fundamentally you still think they’re a decent human and obviously quite fit? Fine. I don’t see a problem. You’re a grown up, you’re capable of making your own decisions. Sometimes I’ve found it’s even better when you go back after a few years – you have the foundation of knowing each other’s bodies and desires, with the added wisdom of time, experience, and reflection on what you perhaps ballsed up a bit first time round.

However, if we’re talking about a serious relationship that broke down for very clear and significant reasons then no, you can’t just casually wander back to an ex without a care in the world. I’m not saying ‘never go back’ quite yet, just that more thought has to be put into communicating to ensure you’re definitely both sitting at the same place on the casual-to-serious spectrum.

If at any point you get the feeling that your ex is seeing this as an opportunity to rekindle the relationship when you were just hoping for a bit of familiar fun, stop. Don’t let yourself become a puppet master, cruelly picking someone up and putting them back down – both emotionally and physically – whenever it suits you. There are plenty of other people you can sleep with without simultaneously serving up an emotional gut punch.

It works both ways. If you realise there are still feelings there for you but she’s well past it, stop. The warmth of familiarity can all too easily see you sleepwalking into an exercise in self-flagellation. (That’s when our mates with their memes might have a point).

We all know I’m a big advocate for being friends with exes, but I also strongly feel there needs to be space and time for a while first, if only because you need to reset how you interact with each other. Often we fall back into bed with an ex just because it’s muscle memory. Being touchy feely with them is the only behaviour we know.

In your case time has passed, so that muscle memory may well have faded by now, but be mindful of not slipping back into over-familiarity too early on. Years have gone by, people change. Get to know the person she is now, and then decide if you’re still attracted to her. Be conscious of the process rather than being on auto-pilot.

It might be that by ‘going back to an ex’ you mean you’re considering giving the relationship another shot. There are times when it’s incredibly mature to acknowledge the mistakes made in the relationship the first time round. Time away from a situation will have taken the emotion out of it. You might now be able to see that she was entirely right all those times she got upset when you did whatever you did. She might have since been in a relationship that’s made her realise she took the things you did for her for granted.

In some cases it’s responsible to accept and apologise for faults, and commit to changing and growing together in the future. In others, you know you’d just be re-entering a toxic cycle of everyone repeating the same behaviour and expecting the outcome to be different. Hope and optimism are admirable, but be realistic about how much has really changed.

In conclusion, I’m going to whack out my old broken record again: communicate. Communication doesn’t always have to mean a full blown deep and meaningful, it can just mean checking in. A couple of minutes of thoughtful chat can afford you months of great casual sex, or save you years of heartbreak.

Sliding into the DMs (I liked your article) because I’d be curious for your advice on having sex after a long hiatus. For me, it’s 10 years and I, hopefully understandably, have some anxiety around when it next happens. But, strangely, I’m slightly reassured that most single women won’t have had sex over the past year and so we’re all in the same boat. I’d be curious about your thoughts on crossing that threshold, especially given all the anxieties the pandemic has brought up.

Sex is funny because when you’re having it you don’t necessarily think about it all that much, but when you’re not you’re hyper-aware of it. Every time a friend / film / song / stranger mentions sex you feel as though they’ve seen into your soul and are trolling you personally for the lols.

In reality, no one knows, and with the greatest of respect, no one particularly cares whether you’re having sex or not. It can feel like everyone cares because we have a collective obsession with knowing how much sex people are having, but we’re never asking because we care about them, we’re asking so we can scramble to compare ourselves to some arbitrary norm. As always, quality over quantity is what matters.

So that’s the first thing: a hiatus only matters as much as you decide it matters.

A new partner will take their cue from you – if you don’t perceive this as a big deal, neither will they. I like the fact that you’re reassured by the pandemic (hey, gotta take the positives where we can) because that more laid back attitude means that when you meet someone you’re interested in, your walls will already be a little lower.

You’d be doing yourself a disservice to assume people will only see you as a Man Who Hasn’t Had Sex in Forever. Others won’t think to see you that way unless you somehow tell them to. You’re a multifaceted human with a lot of good stuff to offer. Build your confidence by identifying and leading with the stuff you’re good at and proud of.

You can actively use the anxieties people might have around the pandemic to your advantage too. (Less callous than that sounds, I promise). Everyone will be coming out of this shit show with their own concerns and boundaries around personal space and human connection. That’s going to give us a reason to start a conversation about consent and levels of intimacy (like, literally starting with how close to you someone is willing to stand).

Some people might want to chat online or over the phone for a lot longer than normal before meeting in person, while others will feel entirely comfortable shagging on a first not-very-socially-distant date. But the point is we will all have to communicate those limits. You’ll both be sharing how you feel, as opposed to you feeling you’re alone in having to admit something catastrophic.

Next up: don’t expect yourself to be perfect. There’s no such thing as perfect sex anyway.

Let’s flip your potential anxieties to make you a firecracker in bed. If you’re concerned you don’t know what this exciting new person might want from you… Good! Ask! That’s what we should all be doing anyway. Some people can fall into the trap of thinking they’re Good At The Sex, and therefore copy and paste the same experience regardless of whose bed they’re in. No, not you. You’re far more conscious and empathetic than that. This might be your first time in a while, but remember it’s also this person’s first time with you – the same nerves and unknowns apply.

Another thing I like is your use of ‘hiatus’ as opposed to the more common ‘dry spell’ – the latter being a desperately barren place one wants to escape from at the earliest opportunity. Get comfortable with the place you’re at, and use the time to work on self-esteem and self-pleasure. Actively reconnect with your own body and desires. The better you understand those things for yourself, the more confident and forthright you’ll be by the time you bring them to a partner.

Finally, sex is often not just about sex. It’s about bonding, and feeling attractive and wanted. So take the pressure off the few moments the mechanical sex will be happening, and focus on all the moments around it that will satisfy your human need for connection – the laughter, the eye contact, the listening. That’ll gently ease you in to the more physical parts with you barely noticing you’ve got that much closer to the thing you were so apprehensive about in the first place.