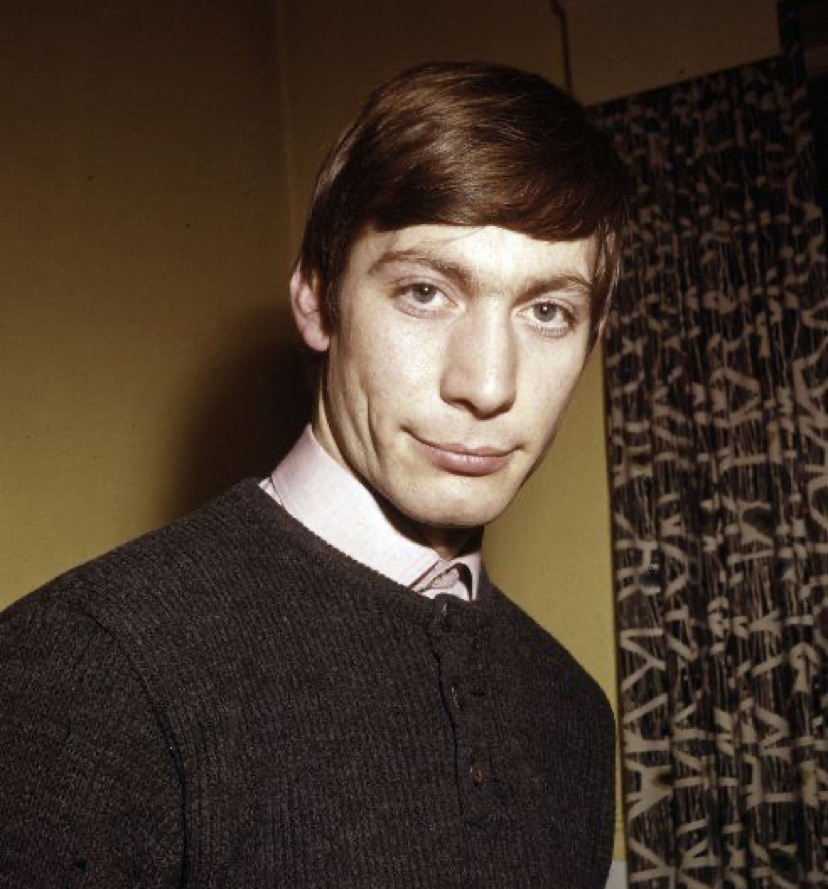 12 Times Charlie Watts Was a Hero

Charlie Watts has sadly passed away, but memories of his music, manner and style will continue to inspire people forever. Here's a few of our favourite Charlie moments...

Charlie Watts died this week at the age of 80, leaving behind him a legacy as one of rock n roll’s greatest drummers, and also one of its nicest and best dressed dudes. The rock behind The Rolling Stones, who wanted none (or little) of the fuss his frontline bandmate demanded, he was more comfortable on the jazz scene than he was touring the stadiums of the world; indeed his droll, witty take on all the madness of being a Stone made him a firm favourite, if not the favourite, for fans. Some, like the BBC, who’s obituary called him one of “the least charismatic” members of the band, didn’t understand that, so here are some choices Charlie moments which show why he was such an appealing figure, the kind of man we should all aspire to be.

The Hanging Around Quote

This is just legendary – an example of a great wit at work. An interview asks him about being in the Stones for 25 years…

Charlie And The Apple

Amazing interview footage below of the Stones in Denmark in 1965, which captures the band in their raw early-ish days, with Brian Jones still articulate, Keith still in his jug eared urchin look before he shook hands with the devil, and Mick all pure gorgeous charm. What’s striking is how lovely and polite they are – a band billed as the most horrible rock n rollers on earth, are softly spoken and terribly nice. In fact, it is left to Charlie to bring the edge with his cutting wit and sleepy-eyed cool, already calling bullshit on the fuss around the group. Check him out here eating an apple while the band are interviewed and tell us he’s not the most magnetic one of an extremely magnetic bunch.

Charlie Get Buried in Bubbles

For the famous video for ‘It’s Only Rock N Roll (But I Like It)’, the intention was to have the band play inside the tent which is slowly filled with bubbles – only, the bubble machine went into overdrive,  resulting in the band, dressed in natty sailor gear, hilariously being swamped. It made like difficult for the men in the band who were standing up, but impossible for certain drummers who were sitting down. The moment when you catch a glimpse of Charlie waving a drumstick out of the top of the bubble-ageddon is priceless.

Happiest When He’s At Home

Charlie was of course a homebody, not a man who loved the road. The fact this was the case in the late 60s and 70s when rock stars were treated as gods is particularly amazing – the Hammer of the Gods lay waste to entire continents of girls and drugs in a bacchanal unthinkable today (though still envied by many, we’d wager). Good old Charlie, though, shunned the groupies and was more into a cup of tea, an early night and a phone call to his wife Shirley.

Love that cropped hair style, circa ‘Black and Blue’ album.

If you’re going to get old, get old like Charlie… 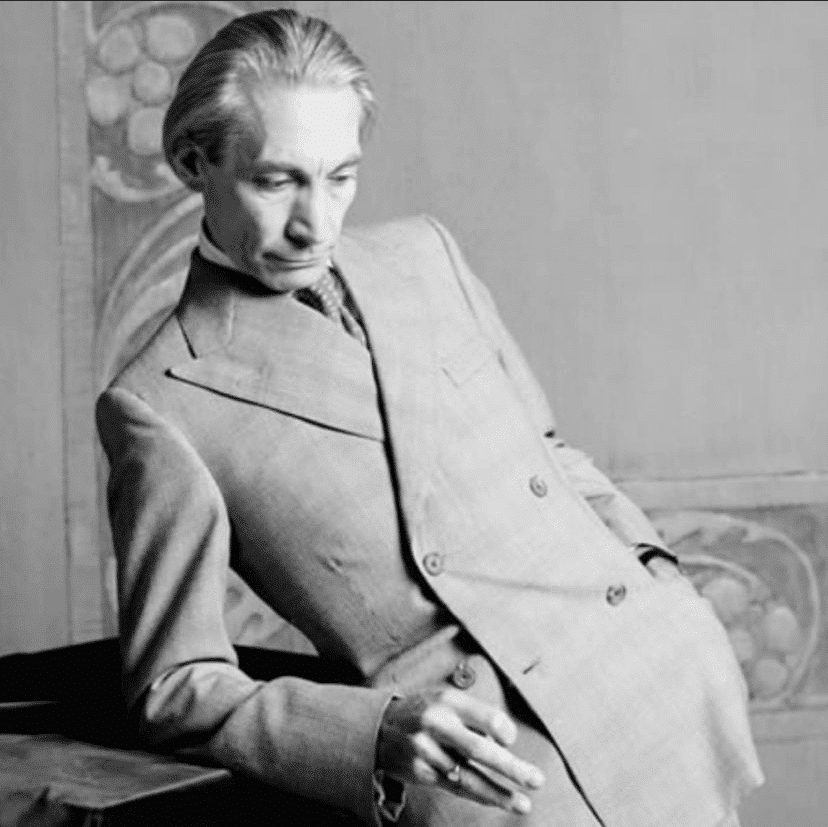 This section from Stanley Booth’s legendary book ‘The True Adventures of the Rolling Stones’, features Charlie being filmed as he set off for Altamont with Mick, where the Hell’s Angels would bring mayhem and murder to the crowd at the gig which everyone said killed the 60s. Charlie was used as a contrast to the drug-fuelled darkness going on:

While the luggage was shifted into the helicopter, Mick led the film crew around the pier. Among the people watching was a fat, blond, white-stockinged, cross-eyed groupie. “Charlie,” Mick said, “get in the film, Charlie.”

“Kiss the girl,” the cameraman said.

“No,” Charlie said, with his turned-down smile. “Love’s much deeper than that, it’s not something to be squandered on celluloid.”

After they arrive in the helicopter at Altamont, Mick is punched in the face as soon as steps down to the ground. Stanley has to lead Charlie out of an already deranged scene:

I don’t know how Mick and Ronnie and little Mick moved so fast, but they disappeared, leaving me with Jo and Charlie Watts, the world’s politest man. I tried to move him through the sea of sleeping bags, wine bottles, dogs, bodies and hair. Like a mule in quicksand, he didn’t want to go forward, didn’t want to go back. “Come on, Charlie,” I would say. “Just step right on them, they don’t mind, they can’t feel a thing.” The ones who were conscious and moving about said, “Hello, Charlie,” and Charlie smiled hello.

The Stones On The Flat-Bed Truck

Back in more innocent days of publicity stunts, the Stones caused mayhem in new York by organising a press conference in a restaurant, only to turn up outside on a flat-bed truck playing ‘Brown Sugar’. Charlie’s idea.

“I Really Don’t Know, Quite Honestly.”

What an enunciation. This is how you do young upstart cool.

Not Getting Into The Woo-Woos

Love this clip from Jean-Luc Godard’s film about the making of ‘Sympathy for the Devil’, in which the band and girlfriends record the famous ‘woo woo’ backing track. Except Charlie’s not exactly putting his heart into it…

He was often sneered at, for his minimal, unfussy playing, but he wasn’t Keith Moon, he was a jazz guy, and in the context of the Stones, at the eye of the storm, he was, as Paul McCartney put it, “their rock.” It was borne from having to keep things solid at gigs when this sort of thing happened:

Shared by Keith Richards, without comment, for it speaks for itself about the sudden absence of a man of great wit, poise and warmth. 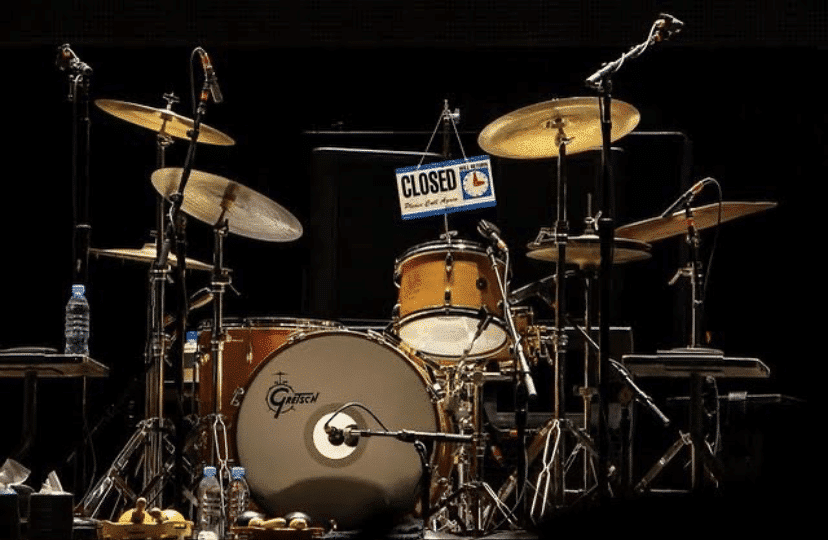