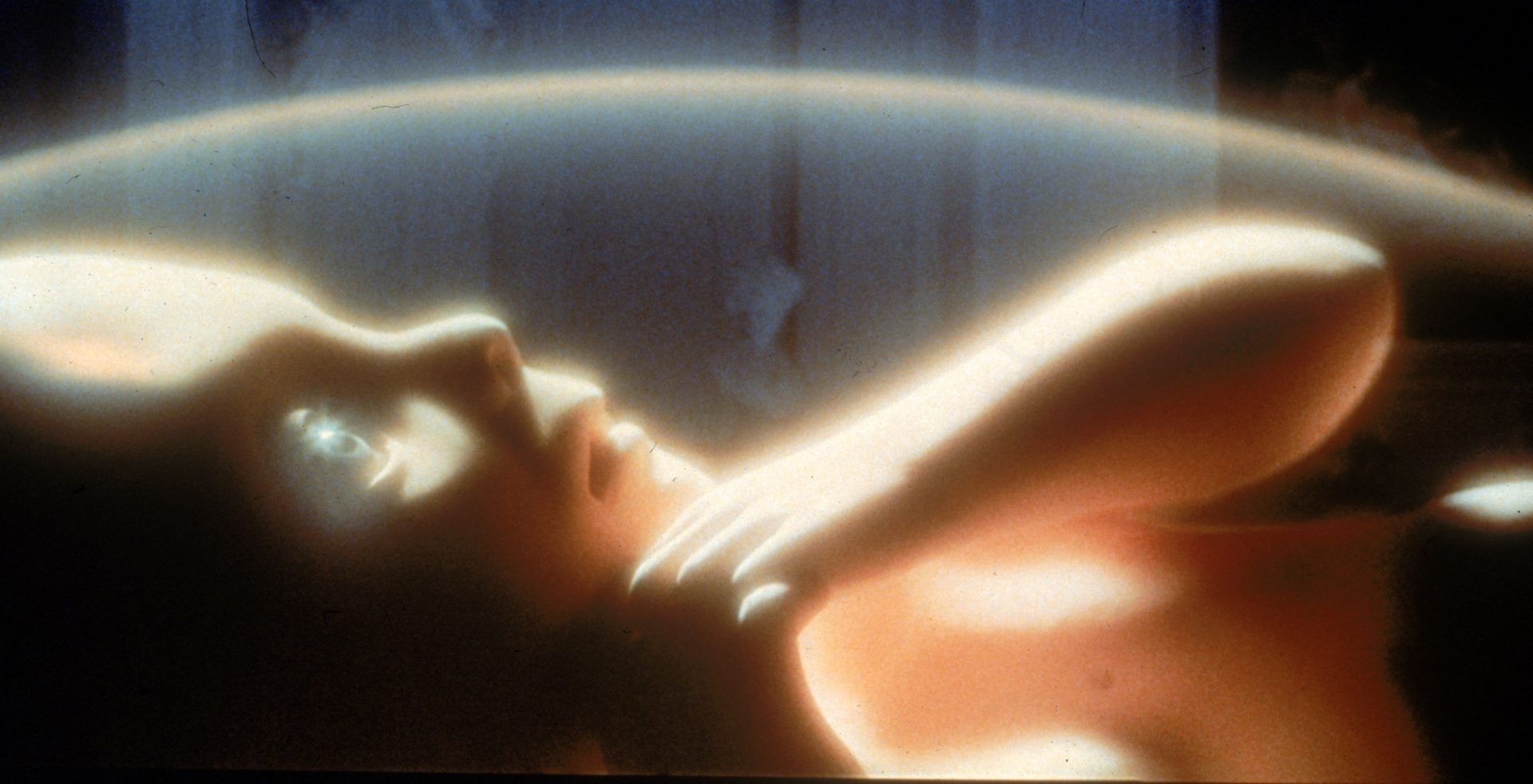 Time For A New Masculinity

Are you tired of male stereotypes? Have you ever been affected by mental health problems? Do you want to open up the boundaries holding men back? Well, it's time to join the movement to discover the New Masculinity at The Book of Man. Time to change.

I have suffered with depression throughout my life. Serious enough to have required treatment, though only in secret. The number of people who I’ve opened up to about it? One or two girlfriends. Never my male friends. It was a private matter, as far as my distorted view had it, even though it affected my public day-to-day life, rendering me silent, distant, unable to articulate my wants, needs, opinions. Mine was a negated presence, ghostly almost. Yet sharing the deleterious effects of my depression? No, that would be shameful. Far better to ruin my life than admit I had a problem

This was until I discovered that if my drinking became heavy drinking – then everything was alright. Stay out of your mind and you can find your voice. Except you only lose yourself further. You begin to spiral, the downers afterwards become lower troughs than the peaks of the ups, and so you reach for stronger ways to lose yourself until your behaviour is unrecognisable, you’re spinning out of control, and your daily struggle becomes about drowning the desire to die.

The Problem With Men and Problems

One of the key questions at the heart of The Book of Man is this:

Why can’t men talk about their problems?

For many, and certainly for me, it’s intrinsically linked to the belief that males should be strong, stoic, tough, numb to feelings, and show no weakness. This teaching is ingrained very young when you begin to integrate into society at school. A society which has been passing down this information about what a man is, through several generations. It is very hard to escape, but the fundamental point is, it is learnt. And it’s bullshit.

The Book of Man is about questioning everything we are taught about being a man. It comes not just from my own life, but from what’s happening in the world. Something is going wrong with men.

The symptoms are everywhere to see in the news. Suicide is the number one killer of men under 45 in this country. Statistics on depression and work related stress are rising. We are seeing men channelling their struggles and rages and anxieties into alcohol and drug abuse, or into becoming sexaholics or workaholics. This is affecting men in all classes, and all regions.

It seems that in this rapidly changing digital world, where social, work and gender roles are shifting, men haven’t quite seized the moment like women have. The feminist movement has rightly called for change in the way women are stereotyped and treated, but men haven’t done the same. It seems to have been assumed that the changes women are effecting are at the expense of men, rather than an example for them. Which is strange, because the way society is running isn’t good for men, either.

Oh, I know it’s working for some men. The men in power swinging their dicks around in boardrooms and locker rooms, slapping the asses of scotch decanters. But for men not drunk on privilege and power, it’s not working at all. And the worst thing? We can’t, or won’t, talk about it.

Men are feeling pressured into living inside the ‘man box’. This is a term which Lynx discovered when they surveyed men in 10 countries a couple of years back. From the UK to Mexico to India to Russia, men told them that they were unhappy with ideals of manliness, and felt they still had to assert their social standing through aggression and violence. All around the world you have to ‘man up’ and ‘be a man’. Meaning: be unemotional, rational, aggressive, unbreakable.

Fernando Desouches, the man who worked on the resulting Lynx ‘Find Your Magic’ campaign, told me the old ideas of conquering women and asserting dominance and showing no fear, were disconnecting men from their true emotions.

“What’s happened is that men have been taught to behave in certain ways, and they are dated ways and sometimes irresponsible,” says Fernando, “We put it in our boys not to express emotions. But with a lack of expression comes a disconnection. Men become disconnected from feelings and emotions in the real world. We have to try to reconnect them. And this has to become a movement. Society is waiting for this. The pain is so big that change has to happen.”

The Movement Has Begun

So how do you build a movement? For us at The Book of Man it’s about supporting men by showing them that there are different ways of being a man. By talking about emotions, addressing sources of anxiety, and offering advice on everything from fatherhood to first aid.

Is it possible to establish a New Masculinity? Not a strict new way to be, more of a dismantling of old school ways in order to create a far looser version of masculinity than the one generally depicted in men’s media, where if you don’t have a six-pack underneath a Saville Row suit inside a supercar within the W1 postcode, then you’re nothing.

When you look around properly, you can see the movement has already begun. Charities like our launch partner CALM are developing supportive environments for men to open up. In advertising, brands like Harry’s, Calvin Klein, and H&M are subverting male stereotypes and representing diverse expressions of gender. Public figures like Rio Ferdinand, Prince Harry, and our columnist Professor Green, are revealing their own personal struggles to show other men that it’s ok to hurt. In fact, it’s normal.

The Performance of Masculinity

“The key issue is that men don’t perceive what they’re experiencing as being something you can complain about or challenge,” Simon Dunning, the CEO of CALM told me, “So we highlight this need for a perception change, not the bollocks of ‘hey that’s just life’, which steers you towards isolation and self-medication and even the violent end of suicide. That’s what we want to prevent by challenging the self-perception of who you are and what you can be.”

Fundamental to all this is the idea of masculinity being a performance. Some would say that men are biologically hard-wired to be caveman providers, and these days have only swapped sabre-toothed tigers for single-shot lattes. If you speak to historians though, it’s apparent that while there are some obvious physical differences between men and women, the behaviours they express as people in society are far more flexible than you’d think, and change massively in different periods.

“In the 18th century, there was a real emphasis on tenderness, open emotional and cry,” Dr Laura King from the University of Leeds told me, “Fathers were valued for their roles in the home, and their relationships with their children. It was important to be caring. Assumptions about fathers being the breadwinners and mothers staying at home only really came up from the 1950s onwards.”

The way of thinking has become so ingrained that you’d think this is just the way things are and have always been. But it’s not true. As the ‘so bad it’s not even a good hate watch’ TV show Britannia tried to get across recently, the nation was once a matriarchal society which literally worshipped women. It shows that nothing is fixed, and men are always in crisis because masculinity is a role to play according to the times. “There has been much sociological research on gender roles which suggests they are performed identities,” says Laura, “They’re fluid, changeable. There are obvious biological differences but in terms of emotional characteristics, the evidence becomes weaker and weaker.”

The Need To Change

Right now, it is one of those times in history when our performed identities need a rethink. And maybe for the good of men and women, we all need to get more real. Can’t we cut through all the nonsense we’ve been fed, take responsibility to change ourselves and positively affect the world? See if we can’t achieve some self-respect along the way?

I know this is all speaking from the privileged position of being a Western male, but that’s the point.  Given our position, shouldn’t we try to be the best example of what freedom can provide? Not use the freedom to sit on bean bags scratching our balls with phablets. Instead, can’t we grab the freedom and actually do our bit to help further improve existence for as many people as possible before we die.

Let’s try to establish a New Masculinity, on the understanding that there is no one right way to be a man. Let’s try to be the men we never imagined we could be.

I started off with a little story. It’s not the full story of my life, but it needed to be told.

Now, please, tell us yours…