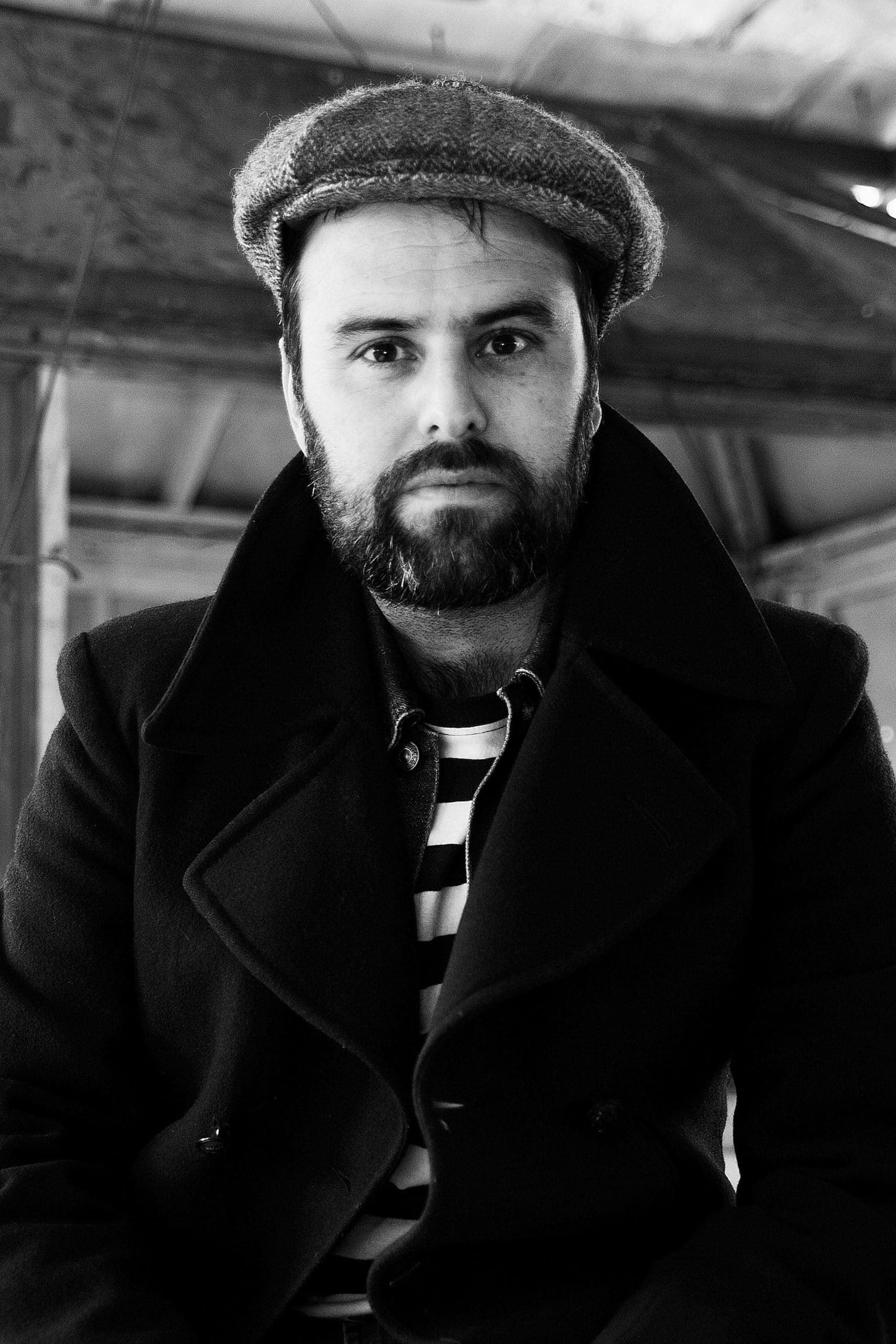 "Anxiety is awful, but not uncommon."

The Anxiety of Writing by Benjamin Myers

For our money, the best English author around is Ben Myers, and here he writes exclusively for us about anxiety, masculinity in the north-east, and his new book, The Offing.

Does writing cause anxiety…or does anxiety cause writing?

These are two questions I find myself asking with increasing frequency.

As with the chicken and the egg, this supposition reaches far back.

I learned to be anxious at the same time that I learned to read and write, which was at the age of four when, like most children, I started school. I remember that first day, looking into a classroom chaotic with the noise and movement of children, the small violence of their actions, the smell of their leaking bodies, and feeling my throat tighten. I calculated that there were twelve more years of this; a life sentence.

It was a strange time in County Durham; turbulent and emotive. The miners’ strike dominated the region, though my memories of it not as cut and dried as cultural history has recorded it. Some of my ancestors were coal miners, but some of them were keen Conservative supporters too. Politics is rarely black and white; there are grey areas. Like Margaret Thatcher, my mother is the daughter of a grocer who lived above the shop, the first of her family to go to university to study physics and maths (Thatcher did chemistry). But unlike The Iron Lady my mother is not a maniac. As far as I am aware she has invaded no countries. In fact, she’s probably the nicest and most caring person in the world.

Both of my parents became teachers. The last days of the industrial age still echoed through the north-east. This was the region of coal mining and shipbuilding. My early perception of men was that they were broadly seen as stoic, outwardly unemotional, accepting, undemonstrative, hard-working and hard. It took four pints before they hugged one another.

Not my father though: he read books, ran marathons and was quiet – until he retired, and then he seemed to talk more and more. His father had gone to Durham university so he was from relative privilege. We went camping in France; I knew what hummus was.

During World War II psychological tests found that my mother’s father – the shopkeeper – was deemed a little too ‘sensitive’ to send to foreign fields. Bobby Cutmore was a clean-living Christian, who had been raised by a mother bedridden with ‘nerves’, and was firmly against drinking and smoking. Suspecting he might not be warrior material, the army instead employed him to drive trucks around his native north-east; a relatively cushy commission.

When peace broke out in 1945 he returned to civilian life to run a shop in Houghton-le-Spring. War had given him a taste for cigarettes and his devotion to Christianity waned over the years. He also trained himself to become an acclaimed hypnotist who would perform in halls around the area. He could make men eat onions as if they were sweet apples and women call out slogans such as “Cutmore’s pies are the best!” at random and unexpected occasions.

He was a well-liked figure on the estate. He helped those women who he knew to be suffering at the hands of abusive husbands, gave credit to the broke and hungry, wiped debts, offered an informal service to the community that the today’s supermarket chains just do not provide.

A sensitive man, then. Caring.

Later in life, after he had sold his shop and lost his sense of purpose, Bobby became profoundly depressed.

Sensitivity to one’s surroundings can bring with it anxiety. I was raised in a household of books, but was the only one with an inclination to write. I was surrounded by stories, and found that literature provided escape from day to day existence. My home life was stable and loving, but the world was an intense place. As a young man it was accepted as inevitable that other men would, on occasion, decide to randomly punch and kick you in the head, sometimes springing from nowhere to do so. Maybe they’d break your nose, send you to A&E. This happened to everyone I knew.

I discovered that when I wrote was the only time I didn’t feel anxious, so at twenty-one I became a journalist and wrote strange unpublishable stories in my spare time. I was in control; I was elsewhere. Still am.

Wait – that’s not entirely true. Often I don’t feel in the grip of anxiety when I am doing other things, such as swimming in cold water or sitting on the sofa with my wife, who is brilliant and funny and interesting and capable of snapping me out of my introspective fug.

Part of being a writer is presenting an argument or using an image to tell a story, and sometimes the best way in which to do that is to lie a little. It’s simply easier to say that when I am writing is the only time that I am not worrying about obligations, expectations, commitments of whether I am being what a modern man should be, because it is almost true, and almost true is good enough.

Anxiety is an awful ailment. It can cause exhaustion to the point of struggling to stay awake at crucial times. It can cause listlessness, headaches, muscle ache, nausea. At its worst, fear and panic too.

It’s awful but it is not uncommon. Most of us experience it, and I am distrustful of those who appear to waltz through life, care-free, claiming never to have been anxious, nervous or depressed. They are liars or psychopaths, and many of them do well in life.

Writing is magical though. How else to describe the ability to physically and emotionally impact upon a stranger at the other side of the world using only twenty-six symbols, arranged in sequence? Writing is not tactile or sensory; it’s just curves and lines, combined to create spells. And that, in my book, is magic. I use this magic as an umbrella against anxiety.

At seventy years old, in 1985, my Grandad killed himself.

Help was available to Bobby: from his GP, from my Gran, my mother, my aunt. But attitudes to mental health were nothing like they are today. Attitudes towards masculinity have changed too – for the better. Men in the north-east moisturise now, and talk about their feelings. They only need two pints before they hug each other. Even writing an article such as this feels like a modern development.

When I sleep I rarely dream. Or when I do have dreams, they are often bland and repetitive. Is this because I get to spend a lot of time exploring the creative side of my subconscious? I think so.

I just feel lucky to be able to dream while wide awake at my desk.

My new novel, The Offing, is about a boy who sets out from the Durham coalfields during those first fractured years following World War II, to discover the world – and himself – and feels as if it were written in a dream. A good dream, where the sun shines and there is gentle birdsong. It is one I don’t mind revisiting. It was written as entirely for the preservation of my own mental health during a dire few years for Planet Earth. The Offing became an agreeable place to escape to.

I hope readers feel the same.

Does writing cause anxiety…or does anxiety cause writing?

I don’t know. I have no answers.

But sometimes if feels as if to just ask the question – to face yourself – is enough.

The Offing by Benjamin Myers is published by Bloomsbury on August 22nd 2019. His previous novels The Gallows Pole, Beastings and Pig Iron are also reissued by Bloomsbury at the same time. 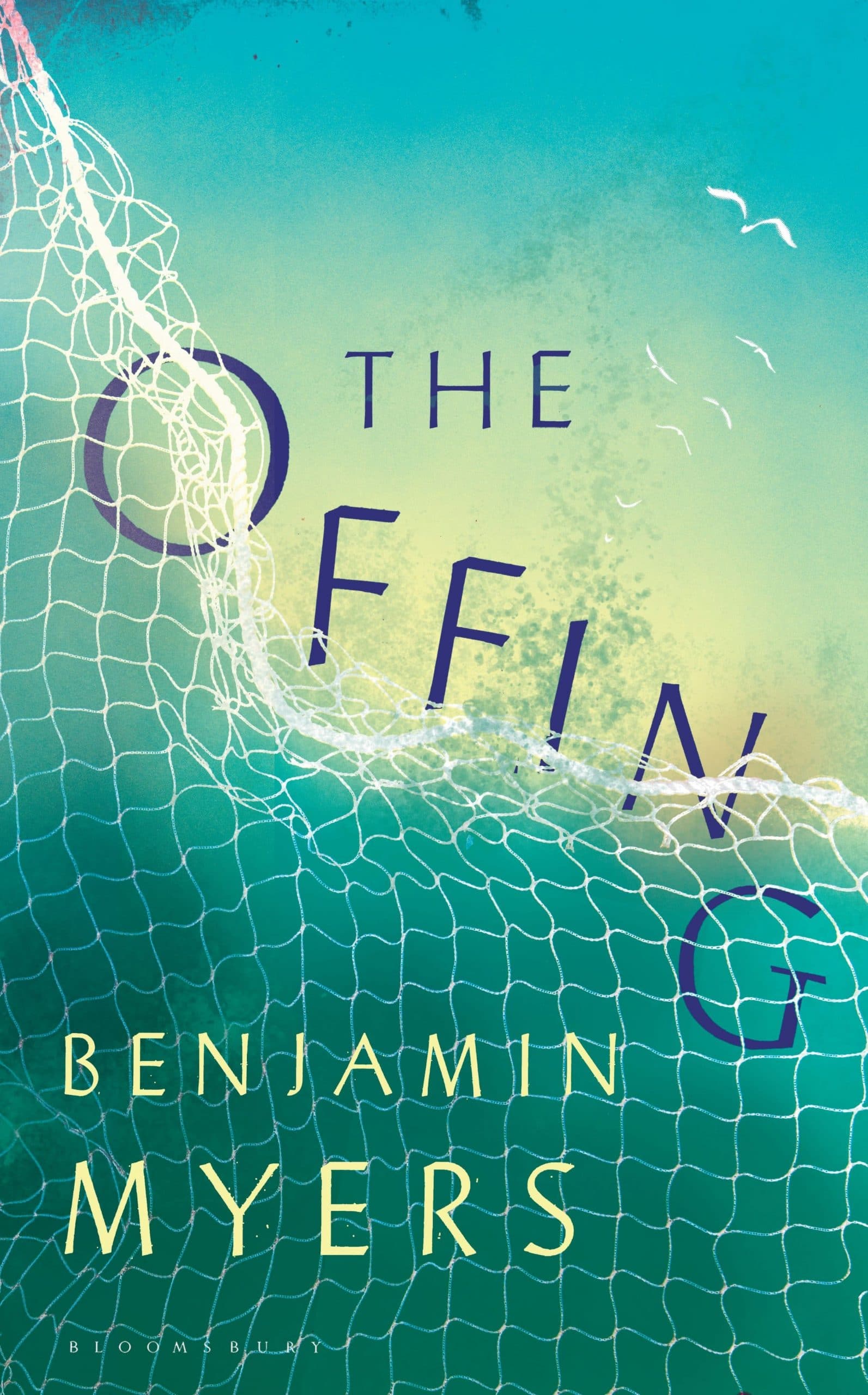 The Offing by Benjamin Myers

The latest novel by 'The Gallows Pole' author Ben Myers is a story of a young man from the Durham coalfields and an older woman in mourning, who transform each other's lives.