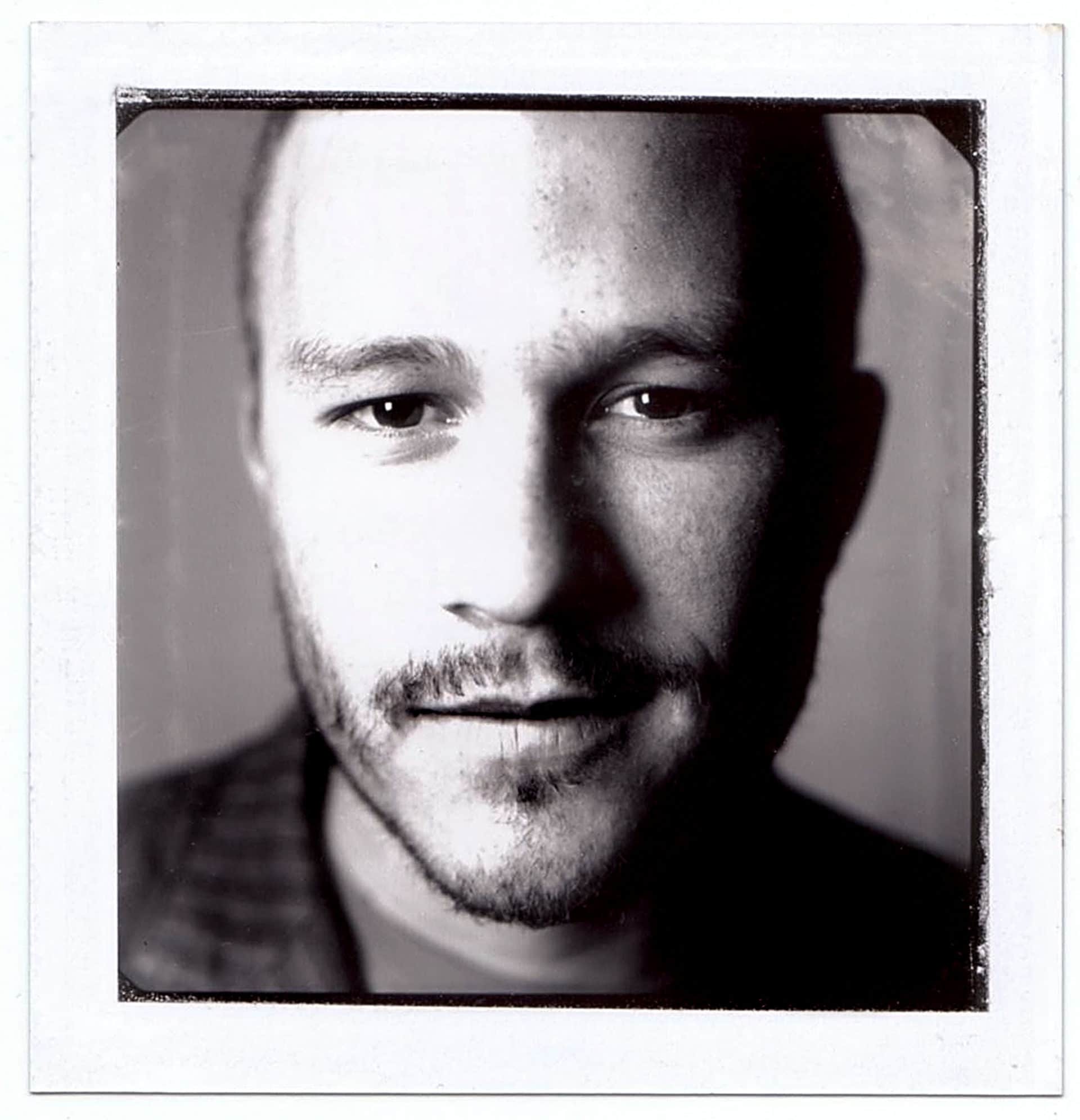 10 years since the death of Heath Ledger, a celebration of his life

This year marks 10 years since the release of The Dark Knight Rises and the death of Heath Ledger. Here, we use his own words to celebrate an uncommon, uncompromising and vibrant person – an inspiring man, for every man.

It was January 2008 and Heath Ledger couldn’t sleep. He had never been a sleeper, he had too much energy, constant energy. But now he wanted to sleep, and was on medication to help him do so. He was recovering from pneumonia. He’d been taking long flights from New York to his film set in London and back again. He’d broken up with the mother of his little girl. He wanted to sleep. On this one night, he took too many pills and never woke up. He was 28.

Watching the film I Am Heath Ledger, which is largely compromised of the hours of tape he recorded of himself to teach himself acting, you’re struck by a man bursting with energy. The camera loves him, and he loves the camera. Away from it, we know of course there were darker shades, and reading back through his interviews he gave hints about the anxieties and fears that haunted him. He was a complex, extraordinary man who defies neat ‘think-pieces’, and as such, we thought we’d use his own words to provide insight into him. They were hard to find, he famously didn’t talk to the press. But what he does say, is enough. Enough to push past the murky circumstances of his death and see the light of his life.

On his early life

“I grew up in a houseful of girls, there weren’t many Batman comics around, it was just Archie.”

On how his parents’ divorce shaped him

“I enjoyed being at one house for three weeks, then going, ‘Ok, right, I’m off.’ It set me up for this bohemian life I’ve been leading – I feel like I’ve been travelling with the same bag since I was eleven.”

On picking up young acting roles in Australia

“I started to realize that acting was gonna give me more money, and more time off. I didn’t really give a shit. I was still pretty caught up in just being a teenager.”

“She just said, ‘well, that’s ok.’ The honesty kind of slipped out of her in the most beautiful way. She didn’t even bother with ‘No, honey, you were great, I’m so proud of you,’ No one else around you, except your mum, is going to tell you that you suck. She straight-up told me, ‘there are other things to do in life’…I think that’s a problem with a lot of actors in the industry. We all just think we’re brilliant, you know? And ninety-eight percent of us are crap. And we’ve got to realize that, before we can improve.”

“I got to the second scene, and I was literally halfway through it, midphrase, midparagraph, and I stopped and just dropped my head. And I was like, ‘Oh God, I’m sorry, I apologize. I’m wasting your time, I’m wasting my time, I’m very embarrassed. If you want me to come back I’ll do it, but I gotta go. And I stood up and shook their hands and walked down the hall with my tail between my legs.”

On working with Gibson

“It was a real learning curve. I guess I was really nervous at first. Because it was such a big picture, and it was Mel Gibson. He’s like my hero. Our hero in Australia for sure.”

“I am the worst auditioner in the world. I really am fucking shit. You’re being tested – I almost, like, rebel against the situation.”

“It’s almost a rule of thumb for me to self-doubt. I always think I shouldn’t be doing it and I don’t know how to do it, and I’m going to fail. That I fooled them. I was always trying to find a way out.”

On hitting stardom after A Knight’s Tale

“I pretty much had anxiety attacks about just leaving the house… I didn’t feel like I deserved it. I didn’t really know how to act properly yet. I started to feel like a bottle of Coke. And there was a whole marketing scheme to turn me into a very popular bottle. And, you know, Coke tastes like shit. But there’s posters everywhere so people will buy it. So I felt like I tasted like shit, and I was being bought for no reason.”

On a breakdown in front of studio executives

“Pretty much burst into tears. I was so full of ‘Oh! Oh, fuck’ I was hitting my head, hitting the walls. It was a full-on anxiety attack.”

On why he decided to turn away from hunk roles

“I’d been concentrating on how to act not how to…be a salesman. Agents, publicists – they all say, ‘Go out and create a character!’ I don’t want to create a fucking character, but  I don’t want to give myself, either. When you don’t go on Letterman and say,’Hey! I’ve got a joke!’ – when you sit there honest and be nervous and like a normal human being, you get written down as boring and ungrateful.” 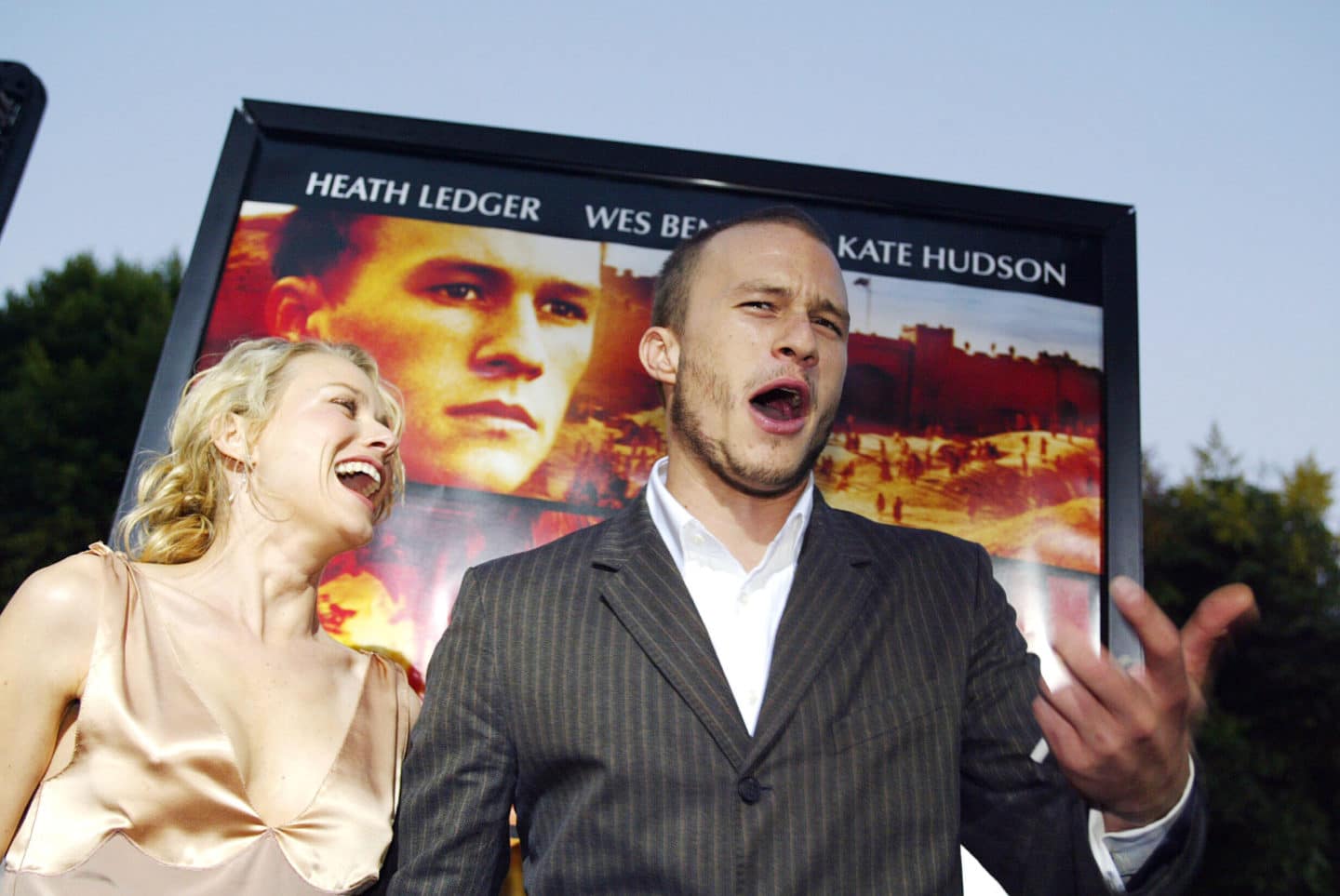 It got to the point where it worked: Nobody wanted to work with me. I’d finally – whether consciously or unconsciously – I perfectly sabotaged any studio interest in working with me….I wanted to take the blond out of my career, kill the direction it was going….I was like, ‘Well, now, how am I gonna make this a career I would like to have?”’

On finally bagging a serious role in Monster’s Ball

“It was honest – it’s a picture of life, of humanity, of pain, of masculinity and also a picture of a father and son, of the pressures of following in someone’s footsteps and the discovery process of how predestined your life and future is according to what they’ve done.”

“My biggest anxiety wasn’t having to kiss Jake. It was a perfect script, and Ang Lee was the perfect director. So the anxiety for me was – I didn’t want to be the one to fuck it up. And I was willing to do anything….”

“I guess you’d love for me to say that I was difficult, that I wanted to vomit. But the straight fact is, it was just another person. Now, by no means do I wanna fuck him, we’re both very straight and sensible. It wasn’t like Ang said, “OK, guys, just have a fun with it – roll camera!’ We had to choreograph, it was definitely like walking on the moon for the first time. But it wasn’t…the butt of a mule: I was kissing a human being with a soul.”

On falling in love with Michelle Williams on set, and having a baby

“We just fell very deeply into one another’s arms. Our bodies definitely made those decisions for us. I mean, the second you acknowledge it as a possibility, the body just inevitably his a switch and it happens…It’s incredible how much this film has changed my life. It’s quite miraculous.”

“I never took an acting class, so I’ve made all my mistakes on film. I get books. I meditate on it it. I need a space like this where I can just sit and think and find a voice for the character and visualise it. For Ennis, I figured he was battling genetic structure, what had been passed down, his feats, what his father had shown him – a murdered old gay ranchhand. But I still see holes in him. I never want to feel like I’ve achieved my goal. It’s like Chinese farmers. They never admit that it’s a good season. They feel like they’ll be punished.”

On his early days watching Batman

I watched the early Batman shows on the TV, where they have the wire and the cape and they’re pretending to walk up the side of the building. And I really loved Tim Burton’s Batman movie…If Tim Burton was directing the dark knight and asked me to play The Joker I wouldn’t have taken it because to try and touch what Jack Nicholson did would have been a crime.”

On making The Joker his own

“When Chris came to me he’d already set out the world [in Batman Begins], I knew what world it was going to be, so I knew he’d be open to a new interpretation and I instantly had something up my sleeve. Which was exactly what he was looking for…I knew within 5 seconds how I was going to play it. I sat down with Chris and shared my thoughts and they were identical to his.”

On why playing The Joker wasn’t dark

“The Joker is definitely the most fun I’ve had with any character. He’s out of control, he has no empathy, he’s a sociopath, psychotic, murdering clown, and I’m thoroughly enjoying it, its exceeded the expectations I had of what the experience would be like.”

“There’s nothing like working with your mates – it’s the way it should be, as far as I’m concerned.”

On living in the moment

“I don’t feel like I have anything to lose, so I don’t really understand what I’m putting at risk.”

“I’m just not one of those naturally funny, relaxed actors who enjoy the spotlight and are so good at it.

It’s exhausting, but its a pleasure waking up to your daughter. My duties in life are that I wake up, cook breakfast, clean the dishes, prepare lunch, clean those dishes, go to the market, get fresh produce, cook dinner, clean those dishes and then sleep if I can. And I love it. I actually adore it.”

“He must know something, he don’t say nothin’”

“I Am Heath Ledger” documentary

If you are suffering from issues of depression or anxiety please visit CALM or The Samaritans.