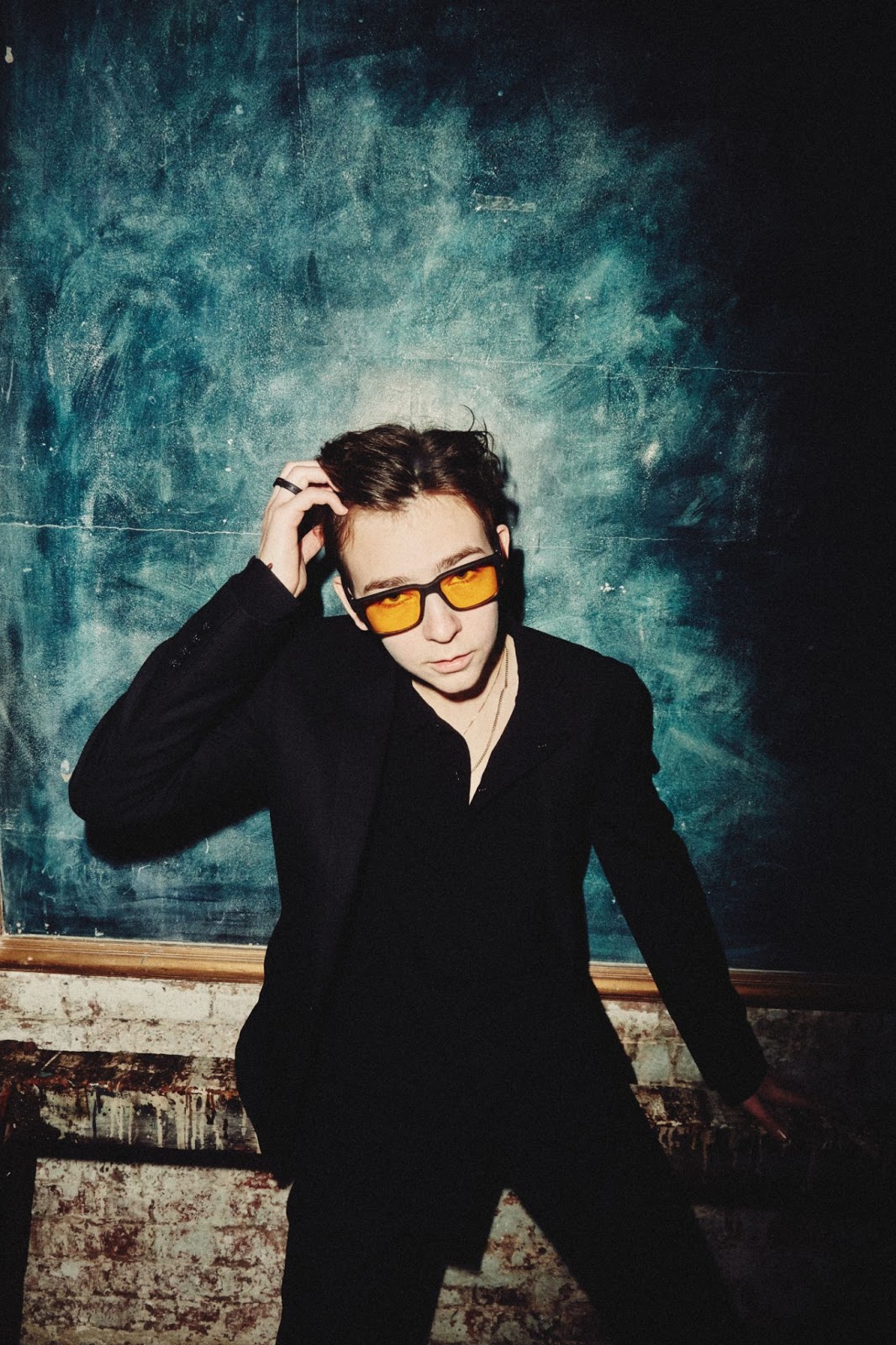 Rising star Denis Coleman writes this special guest article about developing as a young musician whilst spreading mental health awareness in schools, and the perspective that gave him on his generation.

I love escapism. It is very real to me. After all, my career, passion, hobby, stress-release – and stress-causer – are all inextricably tied to creating escapism. And the concept fascinates me. We create imaginary stories, homes and worlds in a way that triggers very real emotions and tackles very real issues. We explore deep human yearnings, geopolitical questions and social injustices in everything from pop songs to horror movies. How is it that only by removing ourselves from the “real” physical world are we able to begin to understand its complexities?

I’ve come to learn that escapism can often be used for positive change. I first started to grasp its power implicitly after moving to the UK in 2009. I was six years old. Those initial few months of uncertainty and isolation, adjusting to life in a new country and trying to establish a friend group as a homeschooled kid, overwhelmed my shy, six year old self. I was lost and I was confused – until I found music.

Music was a release, a safe haven. I could take the negative emotions that had built up, my fear, uncertainty, frustration and self-doubt, and channel them into something beautiful, that I had created, but was separate from me. This activity became a natural response for me – every challenge presented three possible responses: fight, flight – or song-write.

I almost never played what I was supposed to. When I wasn’t plucking out the lead line in Still Dre or trying to work out the tune to Star Wars, I was improvising my own melodies that were direct expressions of my mental state. As I got older, that connection evolved. It became less instinctual and more deliberate. Whenever I played violin, or wrote a song, or made a beat, I channeled the emotions rather than the emotions channeling me. It was like the dream had become lucid: I was aware of what I was doing and had some measure of control.

As I matured, I began to understand that this was a universal, human process. Granted, not everyone wanted to produce music, but almost everyone had developed techniques for moderating their mental health, being able to engage with their daily reality through some form of escapism. Some were aware of it and others were blind to it, seeing art, music, literature, science as nothing more than a way to pass the time.

To me, the healing potential of music seemed enormous, and I found a like-minded individual in the celebrity vocal coach CeCe Sammy, who was in fact writing a book on exactly that phenomenon. I was also very awake to the national mental health crisis, after witnessing multiple friends fight through depression and bulimia and trying to help them to the best of my limited ability. CeCe gave me an opportunity to make a difference after meeting me at a singing competition when I was just 14 years old.

She had founded a charity that facilitated mental health awareness through music in schools across the UK. I would be joining a dozen other artists for a series of talks and performances that used music to educate others on mental health. In order to do that, I educated myself on these issues, and before long, I went from shadowing others to leading my own mental health tour. At fifteen years old, I was the same age as many of the students I spoke to. I think it was this proximity in age that enabled students to connect so deeply with the talks. 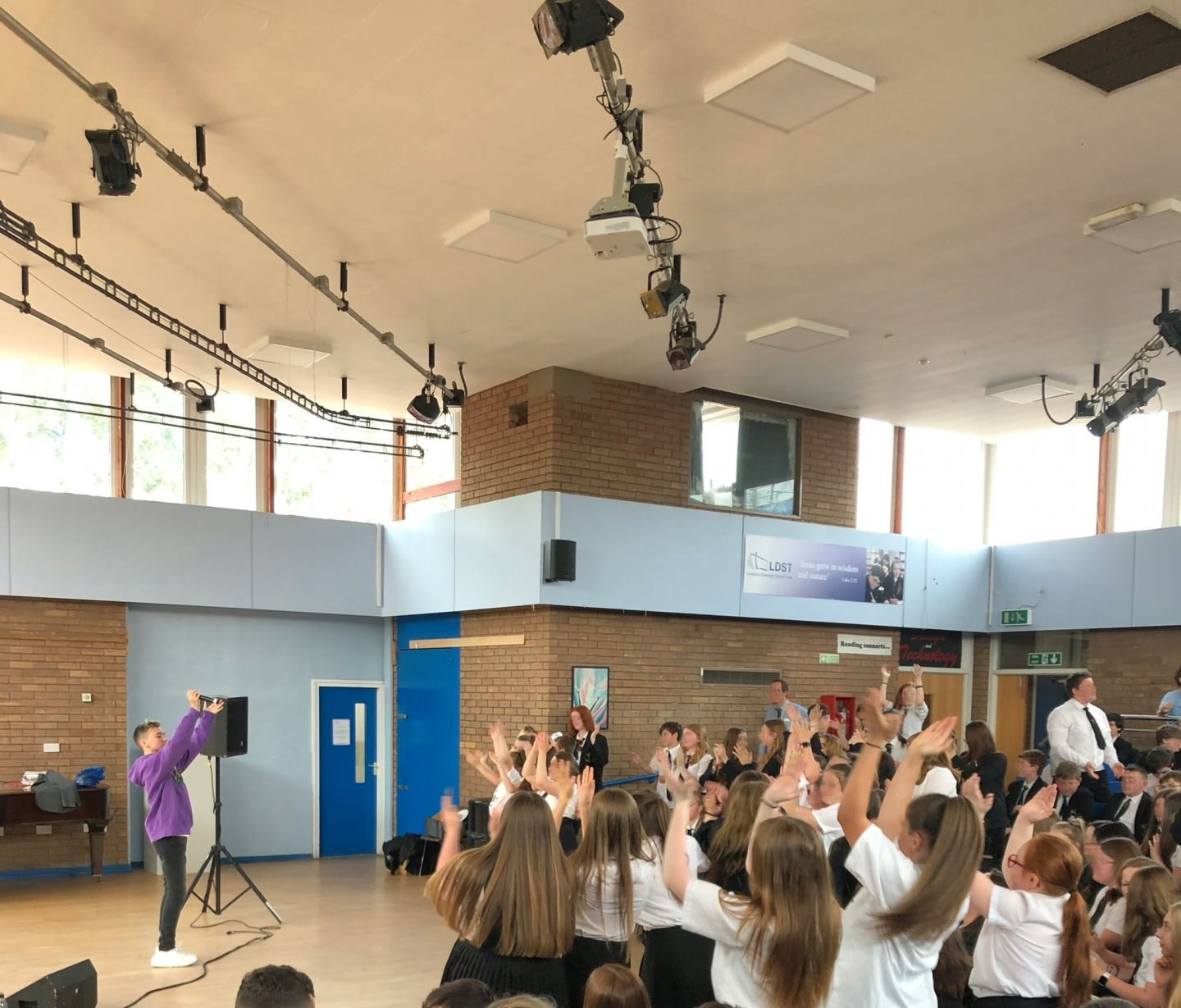 I visited nearly 150 schools over the course of a few years, first in person and then virtually. I spoke to thousands of students from all over the UK. I finally understood why everyone was carrying on about “talking about mental health.” At 14, talking had seemed futile and wishy-washy. That perspective changed pretty rapidly. Over the next four years of my life, countless students messaged me after every talk telling me that hearing me address the challenges they were facing made them feel so much less alone. Teachers informed me that by raising these topics in conversation I had encouraged students with mental health issues to come forward and get the help they needed from the school staff. A few times, I found myself entrapped in online conversations with suicidal fans, high pressure situations beyond my level of expertise. All I could do was make them promise to call a helpline – and TALK – before attempting anything irreversible. They did every time. They lived every time.

But not only did this experience incontrovertibly prove the merit of promoting mental health awareness, it also gave me a window into my generation, a clearer perspective of my peers. It gave me hope. I saw a group of people deeply connected to one another, committed to making a difference and eager to learn. Many were using music and other forms of escapism to preserve their mental health. A bright generation – at least on a superficial level.

It also terrified me. That same group of people had become in many cases addicted to the dopamine rush of online interaction, developed eating disorders and insecurities based off those interactions and was then using online resources like social media to self-medicate and numb those emotions in a vicious cycle that was clearly contributing to the pervasiveness of mental health issues in my generation today. What really got to me was that I was guilty of much of the same behaviour – and I was pretty sure my friends were too. For the first time, my eyes were open to the dark side of escapism. 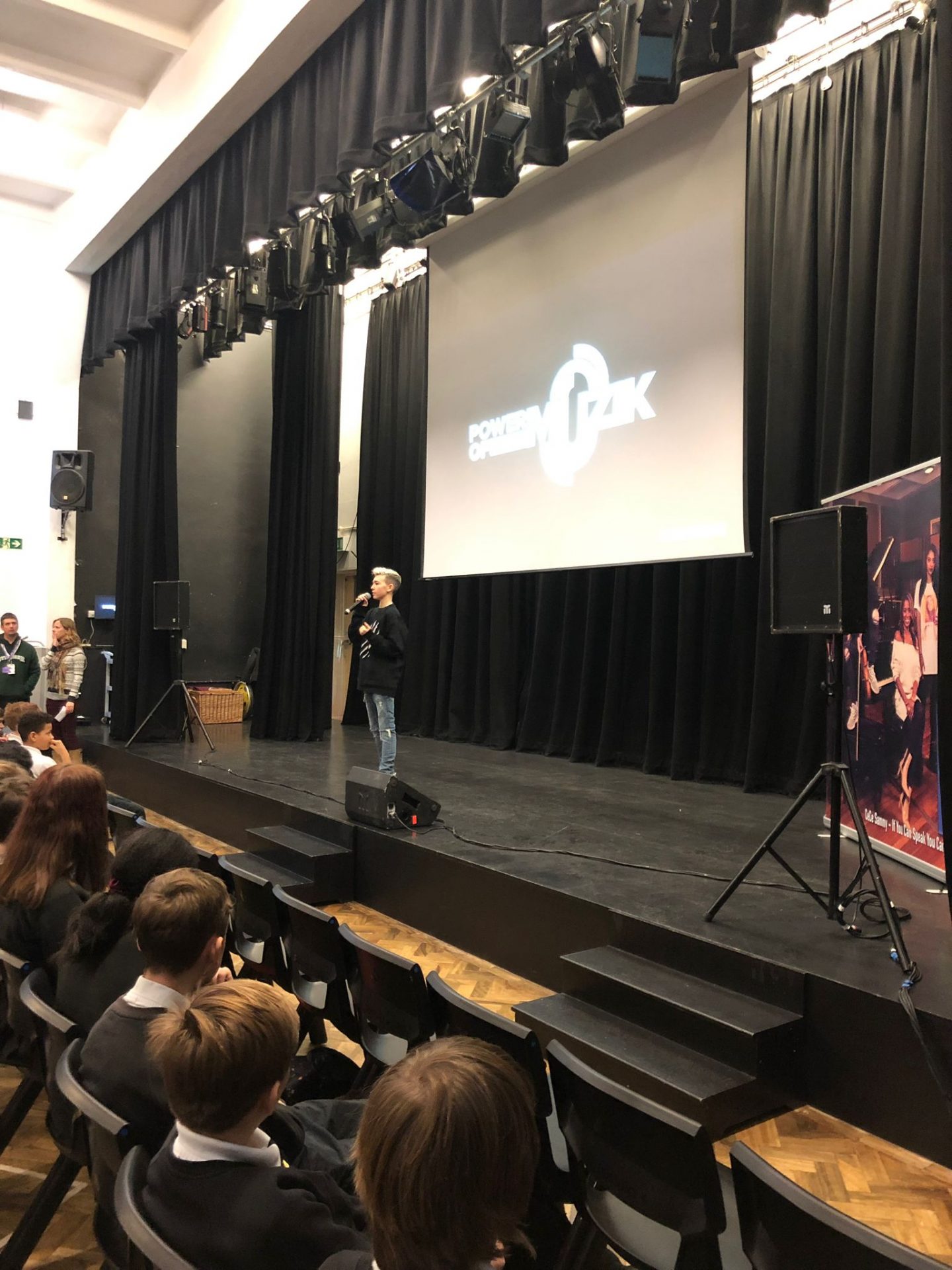 Covid-19 only exacerbated this crisis. Tiktok and Netflix did not just pull us through long hours of boredom, they pulled us into rabbit holes of insecurity and dependency. I had conversations with fans who explained to me that their online bubbles felt far more real and important to them than any interpersonal relationship in their life. I too felt myself pulled down into the nebulous swamp of social media, chasing after microdoses of dopamine more and more frequently throughout the day.

I started working on my upcoming EP in early 2021. As I wrote and produced each additional song, a link started to materialise, piecing each .wav file on my computer together like silky tendrils in a spider’s web. At the centre of each lyric, each sonic choice, each metaphor was one constant theme.

In some twisted, inception-like way, I was now using my own escapism to address the escapism I wanted to escape. And yet, it felt right. I finally saw escapism for what it was: a tool that could just as easily be used for self-preservation as self-immolation. A tool as fascinating as it is powerful.

When my EP eventually drops, I hope it will get people talking about the nature of their relationships with others and with themselves. Maybe it will encourage some to question how they define their reality.

At the very least, however, I hope it can provide a few minutes of escapism.

pillowTHOUGHTS is OUT NOW on ALL PLATFORMS. 🌑🌑🌑 i can’t believe that after nearly 7 months of subtle changes and edits, bouncing stems back and forth, re-recording and swapping samples, the song is finally here, ready for you https://t.co/wp1d2XmAzl… pic.twitter.com/7unh7r79II 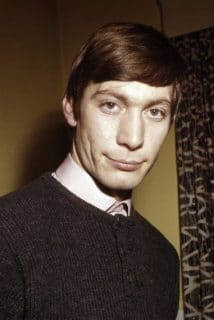 12 Times Charlie Watts Was a Hero