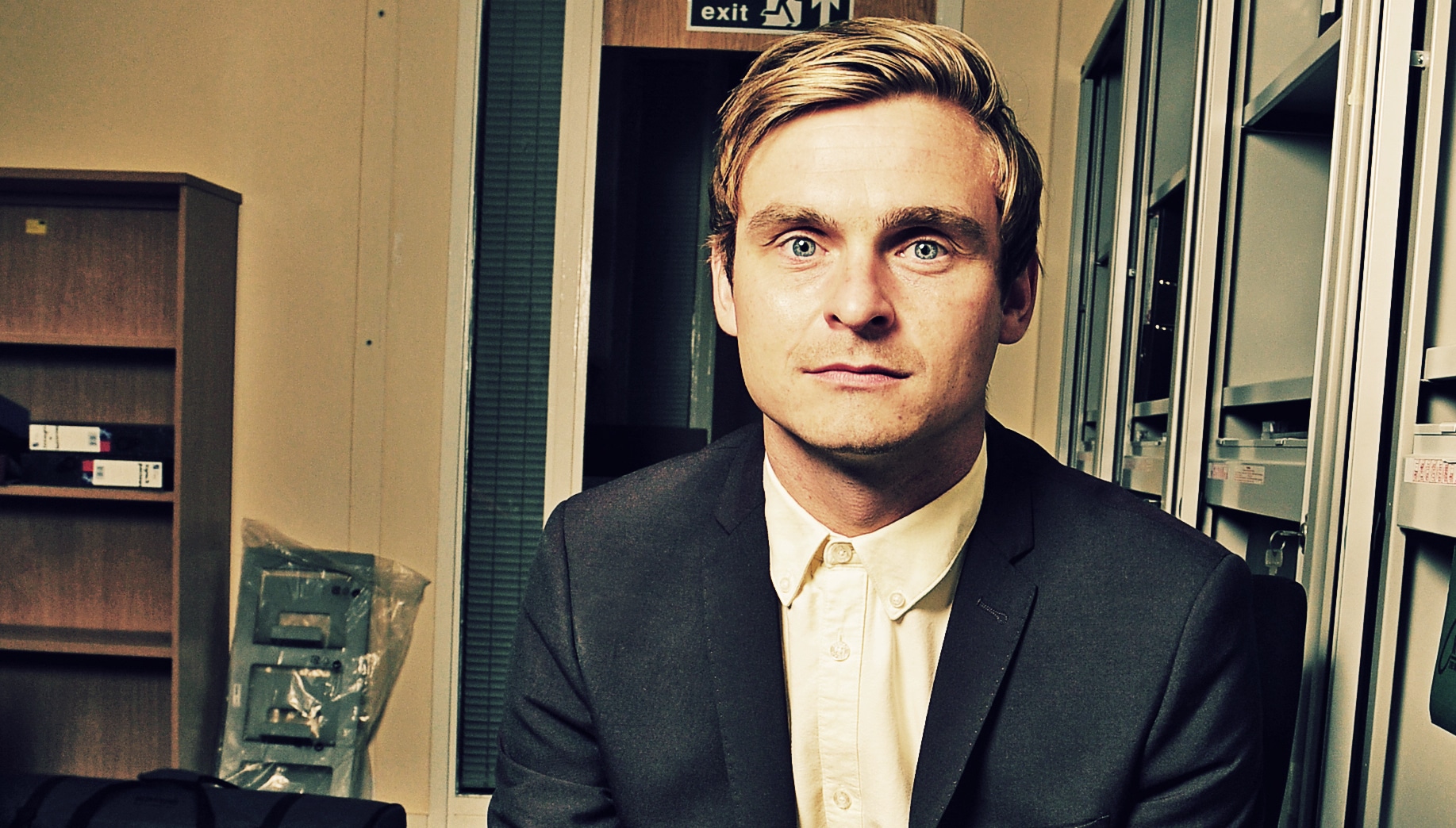 "We have sleepwalked into reliance on the internet."

Why We Need A Digital Detox

Look around you. Chances are you can see at least one person engrossed in technology. If you can’t, that person is probably you. But have you ever thought about a digital detox? Shutting off the machine that dictates our everyday lives. Author Dan Tyte has. His excellent new book The Offline Project is all about going offline.

Going offline – a complete digital detox – is the plot of your book. What drove you to explore this topic?

I use the internet too much. You probably do too. The Offline Project is the story of Gerard. He definitely does. Defined by his social media interactions, his sense of self-worth is tied up in his online persona. But too much internet fries his brain and he leaves his home to live off-grid living in a community of former online addicts in the Danish woodland. This topic feels so real to so many of us right now, as we fumble around with how to be good to our brains and bodies after collectively sleepwalking into relying on the internet for almost everything. But of course, this is a book, and it needs drama, so the new way of living turns out to be more sinister than it might first appear.

Why do you think this topic is important in modern society?

Where are you reading this article? Statistically, probably on your phone. Perhaps at work. Maybe in public. Look around you. Are the other people interacting with each other? Or are they lost in their phones? If you’re alone. How long will you spend on the internet, lost in a whirlpool before you get back to what you should be doing? Almost every one of us has sleepwalked into becoming reliant on the internet for all aspects of our lives. It’s causing us problems, on a societal and personal level.

Too much internet fries your brain.

How did you approach the topic? Presumably, you live in a pretty connected environment – what research did you do into these offline communities?

As a kid in the 80s and a teenager in the 90s, my generation’s Vietnam was being the last to grow up without the internet but the first to get hooked by it as adults. It’s easy for a Xennial (I’ve seen people born between ‘77 and ‘85 called that recently and it nails it) to know an offline community.  We lived it.

Going off-grid is becoming increasingly popular, what’s the attraction of a digital detox?

You won’t choke on your tea to know that there’s a direct correlation between increasing issues with mental health and the time we spend online.  We’re all feeling it, even if we don’t realise it.   Some of us have deleted our accounts.  Some of us book a glamping weekend with limited signal.  Some of us just feel that gnawing at the sides of our brain after scrolling through the social media cycle; Facebook, Twitter, Instagram, repeat. 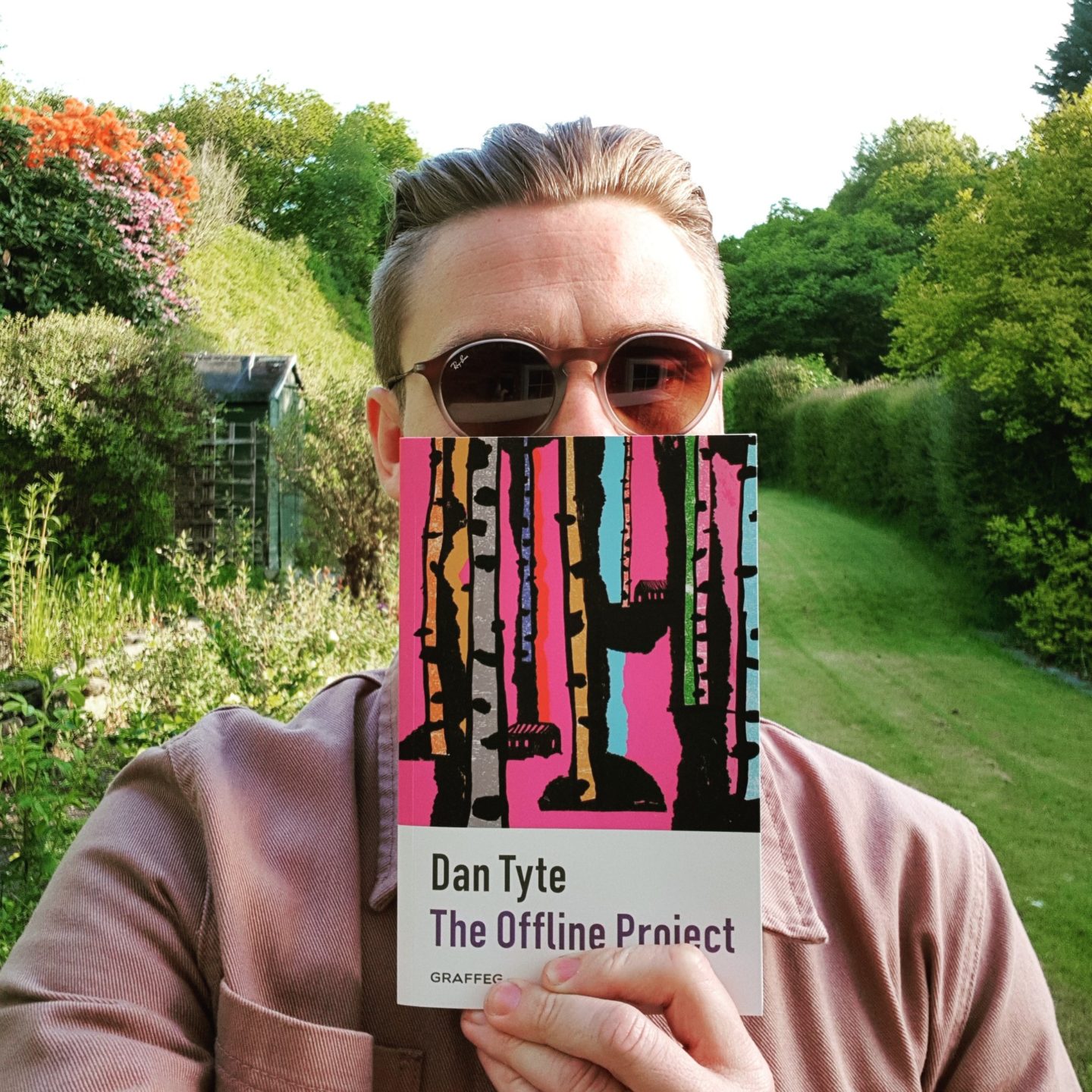 With the recent Cambridge Analytica–Facebook data scandal putting technology under pressure, what impact do you think technology is having on society?

I’m not a flat earther.  Technology does and will continue to do incredibly enriching things for our society.  My lifetime could see a cure for cancer, the colonisation of space, a VAR system that doesn’t disrupt a game of football. But would I swap just one of those to avoid another invitation to Farmville? Maybe. Just maybe.

What about men specifically?

It tends to be women we hear about having pressure relating to body image or baiting online, and understandably so. But men aren’t exempt from the doubt or the trolls. When men spend time alone, it can be easy to get sucked in to social media and before you know it, there goes the day.  That’s depressing, a vicious circle where the fangs are hidden behind a smile that makes your knees go weak.

There’s a direct correlation between mental health and the time we spend online.

Could we all benefit from a digital detox?

100 percent. But can we? The book wonders what would happen if we looked up from our phones for more than just a moment? If we looked up forever? Could we restart ourselves, our lives, society even, without the biggest ever crutch the world has known? I’d like to think we’ve still got it in us.

What do you think the future of masculinity is? And what impact will technology have in it?

Hopefully it can help us learn to be better people. Hopefully we won’t waste our time on it but use it to enrich our mental health, happiness, quality of life and relationships with people in real life.

Going offline can be hard. Do you have any digital detox advice?

I find it useful to set yourself challenges. Task and treat. Only check a social network when you’ve completed a task, that kind of thing.  Failing that, get yourself to a festival in a field in the middle of nowhere.  Sometimes I feel like that’s the only place you can feel totally free from the internet.

Lastly, would you ever go offline?

I’ve got a few life events coming up which are going to require my full attention so I might have to cut back the always on lifestyle.  If someone could text me if the world’s going to end, that’d be great.

The Offline Project by Dan Tyte is available now, published by Graffeg Books. It has received glowing reviews, including from The Big Issue, who described it as an “exceptionally funny, well-observed and street-smart book, as self-aware as it is sensitive’.