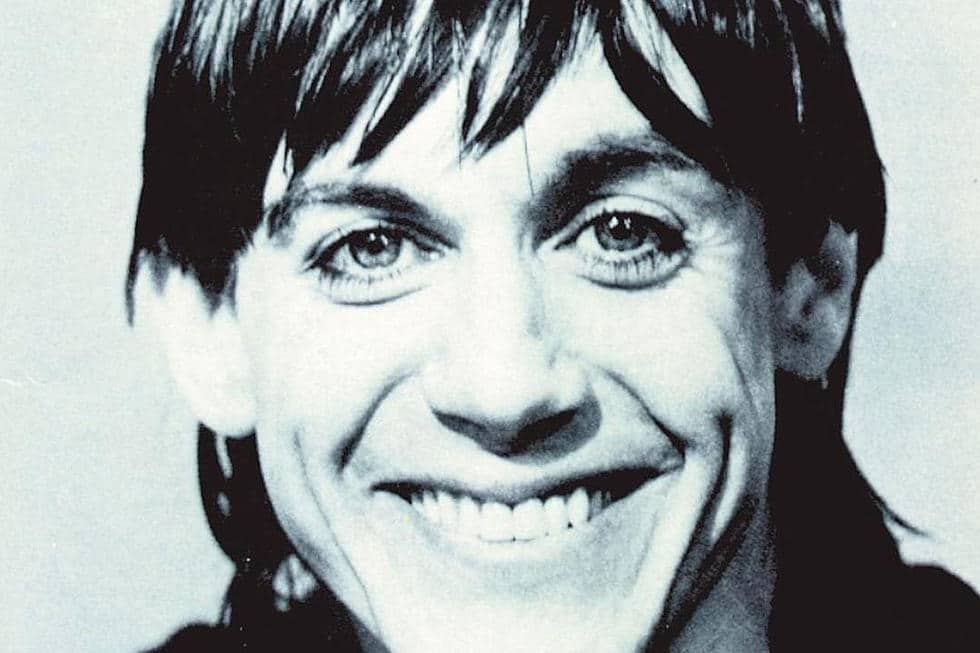 Here's a collection of his greatest moments as a loving tribute. Warning: contains big penis.

In this legendary interview from 1977 with talkshow host Peter Gzowski, Iggy wins the studio audience over with his electric charisma, febrile intelligence and heartfelt skewering of the term ‘punk rock’ and people’s judgements about him. Famously sampled by Mogwai for the opening track on their album ‘Come on Die Young.’

Almost immediately this was called the one of the greatest gigs of all time as Iggy ripped the lauded venue a new A-hole (“Hey, somebody turn the lights up in this dump!”) as part of the tour with Josh Homme and co for the Post-Pop Depression album. Even if you weren’t there, the live album recording and film catch a spine-tingling performance which was something of a holy communion to celebrate the life and work of this Iggy Pop character.

Every photo Mick Rock took of Iggy was stunning, but this one catches him in 1972 at the Dorchester Hotel at his most effervescent. The golden brat of underground music, the man who Bowie partially based Ziggy Stardust on, and who acted as a puckish destructive sprite in contrast to the glowering dark shadow of Lou Reed. Despite the Lucky Strikes, Iggy was never a big smoker – he’s an asthmatic. 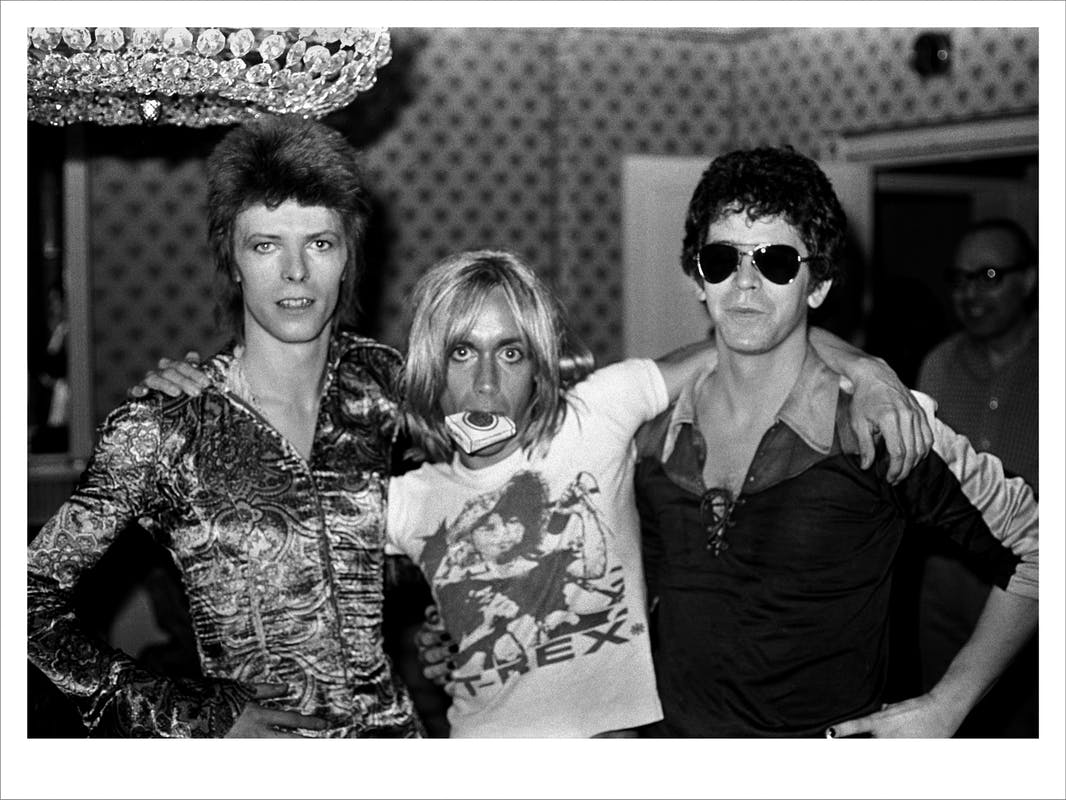 Of course we need to talk about the music here too, and for us The Idiot is his artistic high. Arguably the best of all the Berlin albums that Bowie worked on (neck and neck with Low), it put Iggy on a new artistic level which influenced everyone from Joy Division to Arctic Monkeys. The cover photo referenced a painting by the German artist Erich Heckel of his friend Roquairol, who was what was then known as a ‘lunatic’. This was a favourite of Bowie, who also referenced it on the ‘Heroes’ cover. 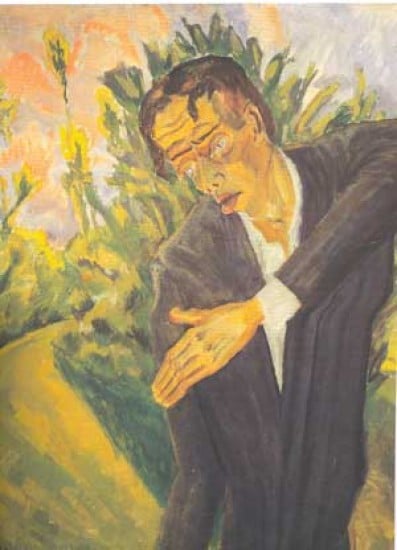 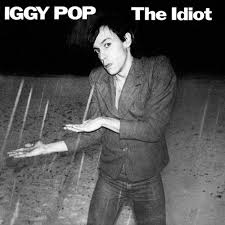 One of the most famous Iggy moments, from The Stooges’ appearance at the Cincinnati Festival, one of the few times the group got any TV coverage. Yes, they were largely loathed or ignored at the time despite being, yknow, the greatest band of all time. This footage captures the apoca-psychedelic guitar of Ron Asheton , the caveman rhythm section of Scott Asheton and Dave Alexander, and of course the frontman, who here was caught in excelsis as he walks across the crowd’s heads and hands like a glam Jesus, before spreading Skippy peanut butter on his chest and chucking it about with that massive shit-eating grin of his.

7. Taking a bath in Cry-Baby

Iggy played the father figure of the delinquent ‘drapes’ in John Waters’ cult classic, which starred Johnny Depp in the title role. In this clip, Iggy takes a bath in a way perhaps only Iggy can…

This is the moment when Iggy’s biggie – 13 inches according to him in his amazing autobiography I Need More – made its presence felt in living rooms across the UK. Yes, it’s the see-through trousers moment. As if everything wasn’t on display already, he undoes the trousers at one point, almost threatening to take out the eyes of the girls on the front row.

Biggy Pop is of course Iggy’s pet parrot, who has his own Instagram account and is one hell of a mover…

Love this clip of one of the best cuts from his post-Bowie New Values album – the closest Iggy’s ever looked to an 80’s pin-up. It perfectly captures his unique animalistic mix of being unnervingly menacing and intensely vulnerable at the same time. Has there ever been an artist who wore his heart outside of his chest quite so? Van Gogh?

Iggy’s had so many career resurrections it almost nullifies the very idea, but certainly the opening of Trainspotting introduced him to a new generation of Britpop kids while making most Britpop music sound flimsy as hell.

OK, more pure music. If The Idiot was the artistic high, then Funhouse was the dirty rock n roll behemoth which didn’t care whether it was artistic or not. There has never been a baser, more primal, more streetwise or downright exciting album – beats Never Mind the Bollocks, Nevermind, and never mind anything else. Listen and bleed.

Iggy is of course now on the radio every Friday night with his BBC6 music show ‘Iggy Confidential’, which is consistently revelatory and beautifully considered in its musical selections. As part of his new job, he delivered a BBC John Peel Lecture in 2014. Titled ‘Free music in a capitalist society’, the lecture is about the distinction between musical art and the music industry, about how “a good LP is a being, it is not a product’. It exists as an important document about artistry vs commerce from someone who has been through the music mill and survived. Just.

Hell, the new single has Iggy looking suave and happy, so in it goes…

Captured on the infamous bootleg Metallic KO, this was the swansong of the band and showed Iggy at his most devilishly controversial. It’s a record of what it was actually like to be in a progressive psych-punk band at the time i.e. everyone threw shit at you on stage. This was a particularly bad gig for such things as Iggy had got on the wrong side of a local biker gang called The Scorpions but had responded by goading them to come to this show on the radio. They did indeed come and promptly threw eggs, lightbulbs and a bottle of liquor which knocked Iggy out (the image on the cover below). If you think, say, a Slipknot gig is violent, then have a listen to this to this, it’s the real deal. Quite brilliantly, the more they throw, the more Iggy refuses to back down, “You can throw all the eggs you want, but your girlfriend still wants to go home with me.”

Sign up to our daily newsletters for the best stories from the frontline of modern masculinity.