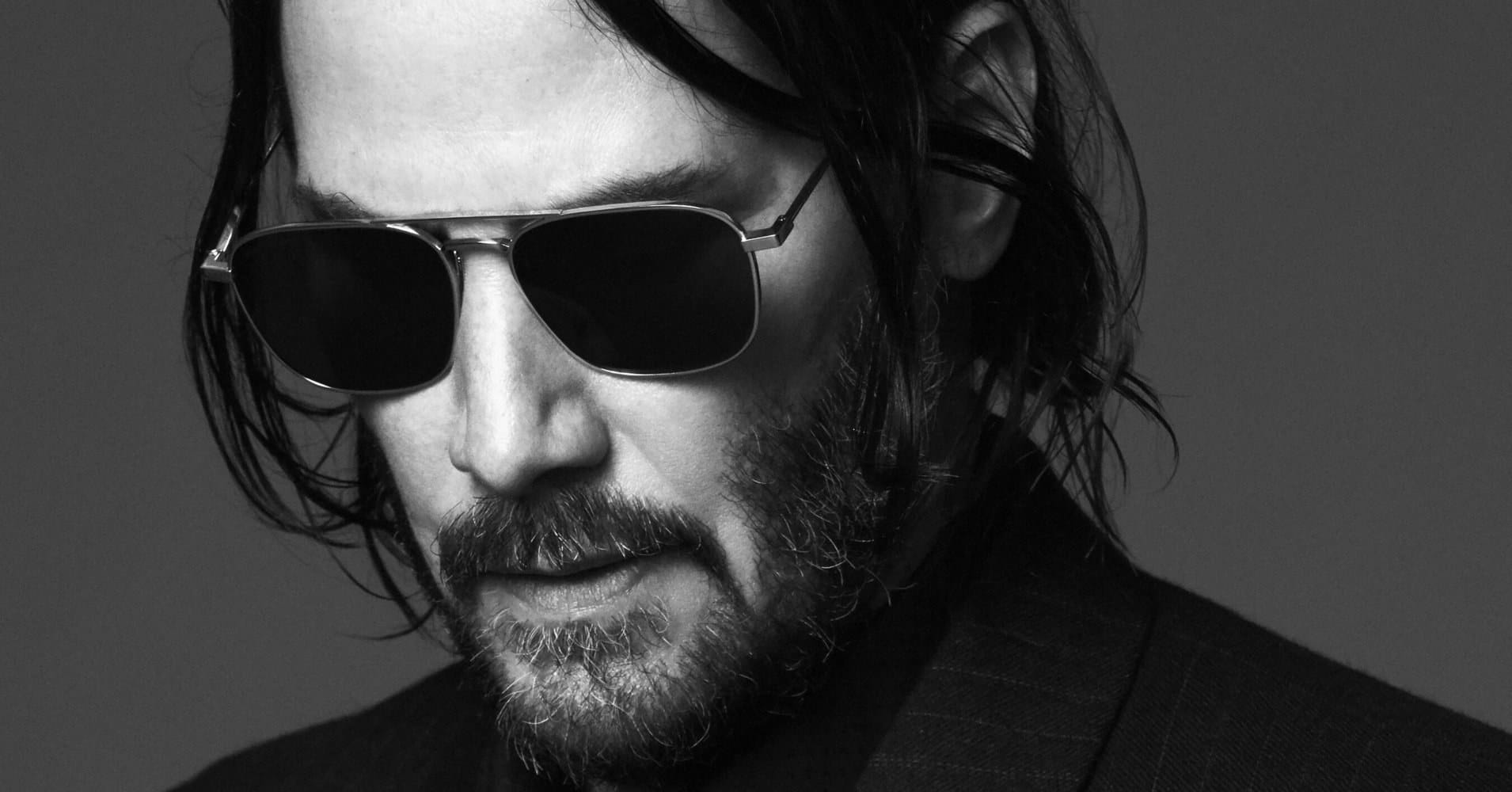 Is Keanu Reeves the ultimate man to emulate? Hmm, ask any woman. Then watch his best bits here for further instruction.

1. Dealing with grief in an open way

He recently told Hadley Freeman from the Guardian, talking about John Wick and his own experiences with grief: “Well, for the character and in life, it’s about the love of the person you’re grieving for, and any time you can keep company with that fire, it is warm. I absolutely relate to that, and I don’t think you ever work through it. Grief and loss, those are things that don’t ever go away. They stay with you.”

What a way to put it. He has experienced much talked about tragedies in his life, but by being honest about his emotions, he provides great clarity and comfort for others too. This is even when he’s publicising an action film.

2. Letting this lady have his seat

I mean it’s only a small gesture, but how many people actually make it. At the risk of deifying everything Keanu does, you have to say ONLY KEANU WOULD DO THIS.

3. Keeping a straight face during this scene

4. Basically any bit in Point Break

5. Just getting through this Paula Abdul video.

Perhaps getting Keanu to hammer home his rebel teen idol status with an overt James Dean 50s role was a bit much. But the soft focus lens stuff was definitely a bit much. If acting is 95% trying to keep your dignity, then Keanu here, not for the first or last time, truly showed his chops.

6. Being such a fan boy of Sonny Chiba.

Quentin Tarantino nearly ruined cult martial arts star Sonny Chiba for everyone with his True Romance script which even seemed patronising at the time, but Keanu has none of Tarantino’s smarmy arrogance, and instead was genuinely humbled and honoured when he was surprised by the man himself while in Japan.

7. Because Keanu really is serious about kung-fu.

Yes, the man takes his martial arts very seriously and was trained in kung-fu, wushu, and krav maga for The Matrix films. He’s recently added in more techniques to his repertoire for John Wick 3. Says, Chad Stahelski, his stunt double in the Matrix films and the director of the John Wick films: “We had to be able to change things as we went along, so it was essential for Keanu to be proficient in a variety of techniques. He spent four solid months getting in shape, learning judo and jiu-jistu We wanted to use practical grappling martial arts and mix in guns, so we created a new style of close quarters combat.”

Notice in all these films how much Keanu is doing himself. Then vow to spend less time eating pastries in coffee shops and more time studying ancient arts of ass-whooping.

8. And he’s serious about shooting too.

Not that we condone gunplay. But in films it’s ok, and well, look at his skills…

9. “What happens when we die, Keanu Reeves?”

“I know that the ones who love us will miss us.”

And lo, the internet did break down.

At the end of the Late Show interview with #KeanuReeves Stephen Colbert unexpectedly drops a question from the deep –
"What do you think happens when we die, Keanu Reeves?"

10. Of course, this bit from The Matrix.

Still gives a buzz when you see it.

11. The general mystery of the man.

Yes that mysterious vibe, which suggests a deep spirituality, an unfathomably sensitivity, and an urge to know him better. It’s possible this may make him slightly attractive towards women.

From a story in The New Yorker called ‘Keanu Reeves is too good for this world.’

“Though he possesses a classic leading-man beauty, he is no run-of-the-mill Hollywood stud; he is too aloof, too cipher-like, too mysterious. There is something a bit “Man Who Fell to Earth” about him, an otherworldliness that comes across in all of his performances, which tend to have a slightly uncanny, declamatory quality. No matter what role he plays, he is always himself. He is also clearly aware of the impression he makes. In the new Netflix comedy “Always Be My Maybe,” starring the standup comedian Ali Wong, he makes a cameo as a darkly handsome, black-clad, self-serious Keanu, speaking in huskily theatrical, quasi-spiritual sound bites that either baffle or arouse those around him. “I’ve missed your spirit,” he gasps at Wong, while kissing her, open-mouthed.”

…which results in women’s “horny sympathy” as the New Yorker piece put it. Keanu stands as a man apart, a sometimes lonely man, as seen in the Sad Keanu memes. Yes he is a man who doesn’t try to pretend he’s this flash happy film star, he’s down to earth and as such, a bit miserable. Compare him to DiCaprio, who seems intent on living the model-screwing, yacht-sailing A-lister life, while at the same never seeming truly at home in that role. Keanu doesn’t even try to live up to things, and operates much as a Beirut-born, Chinese-Hawaiian American man should – ie he’s an outsider who doesn’t buy into the Hollywood schtick. It’s possible women find this quite attractive, too. As Bart Simpson once said, “What do you like about him? He’s just a good-looking rebel who plays by his own rules.” 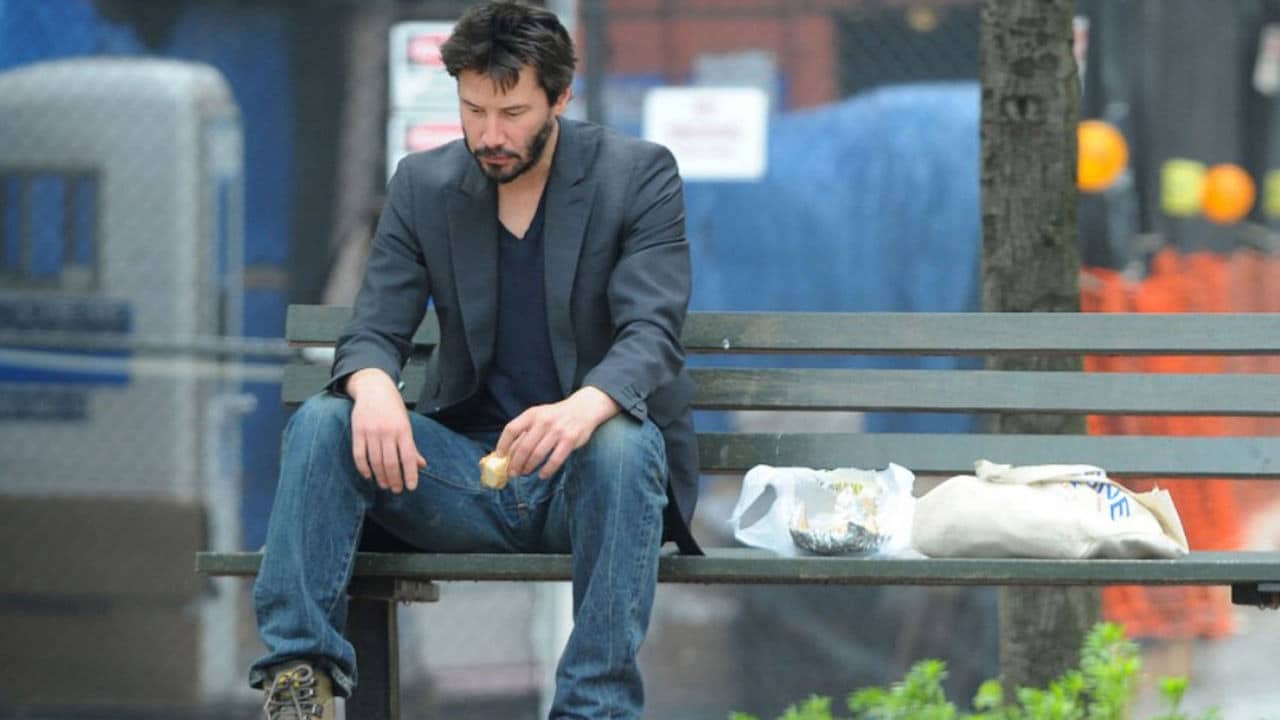 12. Basically any interview with him…

Maybe we’re getting sold on a cult of personality by judging him on some heavily mediated YouTube clips…but maybe NOT.

13. My Own Private Idaho

His whole performance in Gus Van Sant’s classic and still edgy film. River Phoenix traditionally gets all the plaudits but Keanu’s cool hustler is the perfect counterpoint to the doomed unrequited angst of his co-star. Just check out this scene…

Again, the whole shebang, with Keanu as “Ted” Theodore Logan, the loveable goofball and Wyld Stallions guitar hero which everyone who grew up in the 90s has seen at least 1000 times. Love the fact Keanu’s returning for the third film, ‘Bill & Ted Face The Music’ – anyone else would consider themselves above such lunacy this late in his career. Not this guy, who sincerely explained the plot as: “You’ve got your family now, but you’re still trying to write the song because you have to save the world. But then the future comes to them and says you have to save the universe and you have to write the song in, like, 80 minutes.” and is appearing like this in the film: 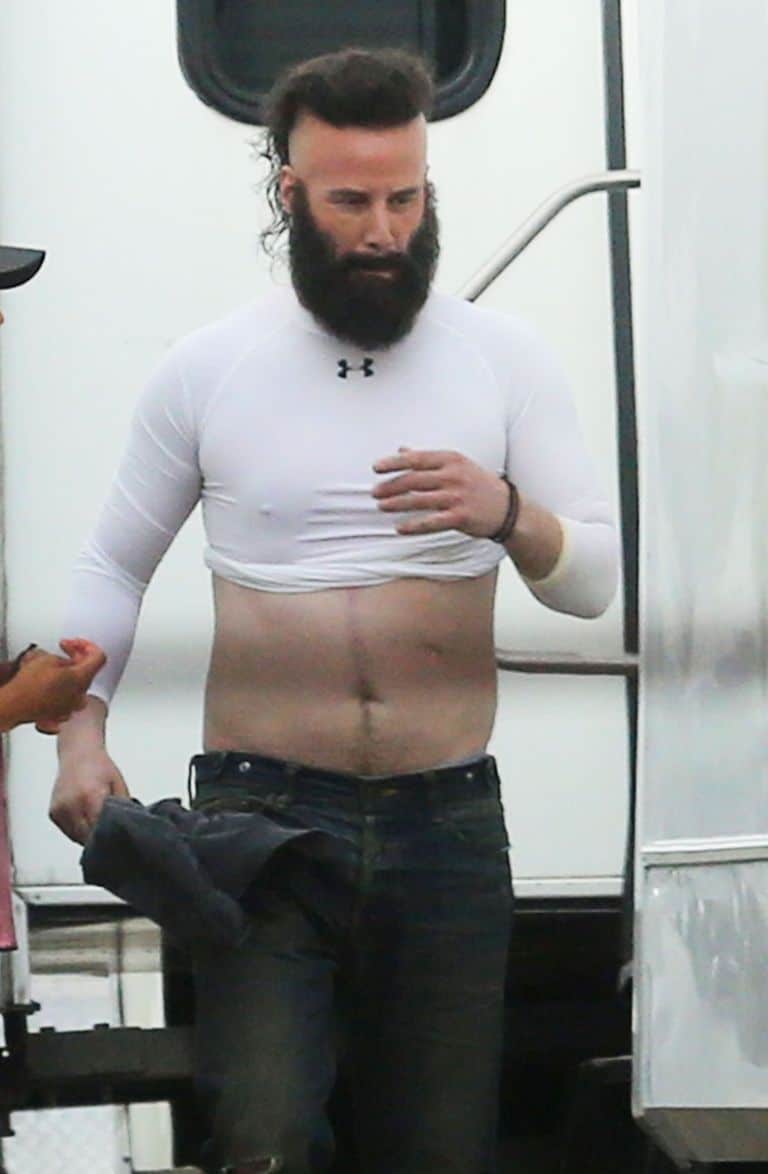 Love his role as the warm hearted boyfriend of Martha Plimpton who starts to be friendly face for her brother, a very young Joaquin Phoenix Here he reports back to Dianne Wiest about her son, a “messed up little dude” who been “slapping the salami” a bit too much, and ends up with the soulful thought, “You need a licence to buy a dog, or drive a car, hell you even need a licence to catch a fish. But they’ll let any butt-reaming asshole be a father.”

He always gets slagged off for his “bloomin'” performance in Coppola’s massively over-the-top film, but he makes a better Englishman than you or I, and Monica Bellucci and the rest of those sexy vampires didn’t seem to mind, did they? Besides, it’s hardly like Gary Oldman was going for naturalism in the damn thing.

A beefed up Keanu had a good tight do in this box office smash. Many of us ditched long haired grunge styles for such a grunt cut after watching the film, but ended up looking less Jack Traven and more Forrest Gump. 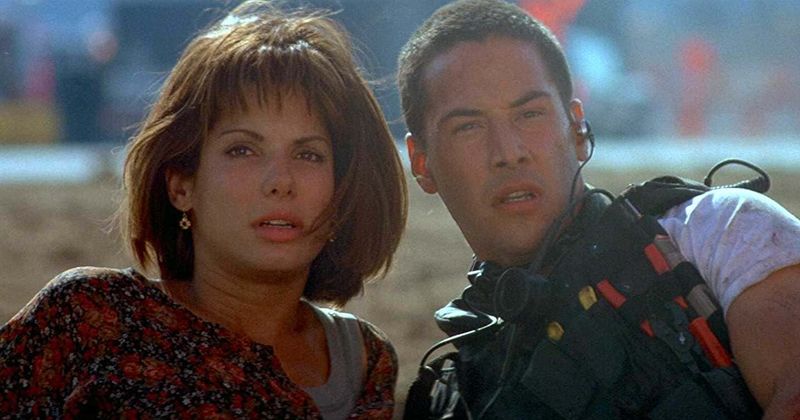 Back before it was really bad for actors to take on roles unrelated to their ethnicity, Keanu was heavily fake tanned in Little Buddha, and…alright it wasn’t very good. But he does look great in make-up.

OK, we’re just naming Keanu films now but this is a late night drunk-watch classic. Just surviving in a film with Al Pacino on this level of scenery-chewing is an achievement in itself.

“Where does he fuck?”

River’s Edge. Yep, Tim Hunter’s 1986 classic stands as one of the best teen dramas ever made, and essentially framed Keanu forever as the slightly scuzzy, weirdo outsider with a heart of gold an incredible hair, forever adding some much needed cool to a film as various character actors go visibly insane in front of the camera; in this case both Crispin Glover and Dennis Hopper.

What a career it’s been, and still is. What a hero. What a role model. Keanu, we worship you almost as much as every woman on earth, you bastard.

Sign up to our daily newsletters for more from the frontline of modern masculinity.