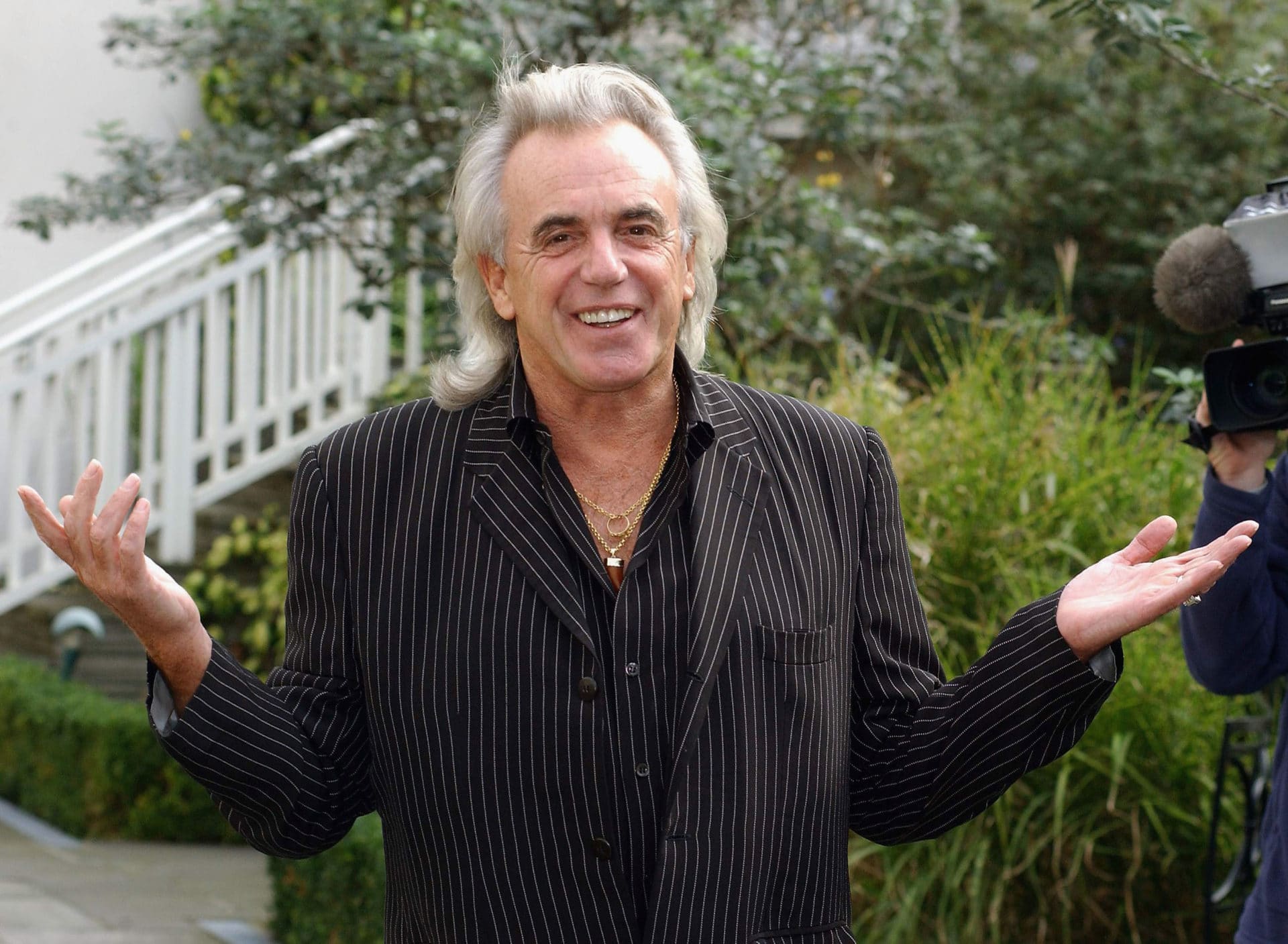 Is it possible to be saddened by the loss of Peter Stringfellow, yet loathe his values? The much-loved nightclub impresario appeared to be a naughty radical, but was in fact very much an Establishment figure.

Is it possible to be sad about a person dying while still believing what they stood for was entirely wrong?

That’s what you’re faced with when it comes to Peter Stringfellow. You feel for his family, and he was a much-loved figure in the country. One of the few who could pass between morning TV couches, Come Dine With Me, Top Gear, and even come through mockery by Dennis Pennis and Chris Morris with his dignity relatively intact.

But his passing feels like a further slipping away of the old guard, of the public figures who ruled the roost for decades, carrying the attitudes of the 70s with them, where women were birds and men were blokes, and boozing and shagging was about as sophisticated as it got.

Different times, different values, and all that – except these values became the social norm for a long time. In Peter Stringfellow’s nightclub world, the gender roles are defined as Angels & Demons, the scantily clad ladeez and the leering lager-boys, which was the prevailing way a night on the town operated in any city in the country, and still often is. Ultimately, it’s an idea that’s stunted, and is a far cry from the social boundary breaking of the 60s, when Stringfellow first made his name booking The Beatles and Hendrix. The 80s were the time when Stringfellow really came into his own – in many ways he was the ultimate Thatcherite: a self-made success, and reaper of the eras crucial rewards: money, social status and attractive women. It didn’t matter than he looked like a blow-dried hamster – the boy done good and got to hang with Princess Di and David Cameron, and Thatcher herself who visited the club and was upset to find no girls there (“I said, ’Well, Ma’am I was told not to bring them in tonight because of you.’ She said, ‘That’s absolute rubbish. Next time makes sure they’re here.’”) Of course she wanted to see them, she wanted to see the business, the money, the success. No doubt about it, Peter Stringfellow was an establishment figure, not a rebel.

But was he toxic? A man who was rumoured to have slept with 2,000 women was likely not to be too worried about being a good feminist. What he stood for, that old school, may well have led to the toxic masculinity of the few today, for whom a woman is a product to be owned, and woe betide any who resist. Yet, aggressive cruelty didn’t seem to be part of his make-up. He was more a product of his time.

There is much in Stringfellow to admire – the front to wear that thong alone, makes him some kind of hero – and his very British take on Hugh Hefner’s Playboy dynasty doesn’t feel as sleazy, because it was so very naff. His nightclub empire smacked of prawn cocktail crisps and flat gin and tonics, leopard print trousers and elasticated garters, sticky carpets and Sid Owen. The man himself was also surprisingly self-aware and funny. Still, his attempts to make his operations worthy never quite rang true, as with his attempt to justify his launch into topless clubs in the 90s:“These clubs broke down a lot of fear around sex.” This wasn’t the 60s – there was money in naked women in nightclubs, end of story. He was never quite the boundary-smasher, just a good-time guy.

In the Noughties he was increasingly finding himself out of step with the times, and when he tried to open a club in Dublin in 2006, residents forced plans to be abandoned. Yet he still was a much loved figure, and over the last few years had settled down with his wife and two young children.

You can like and think fondly of Peter Stringfellow whilst hoping the world he was part of is disappearing.

Read our story on Benedict Cumberbatch and Toxic Masculinity.