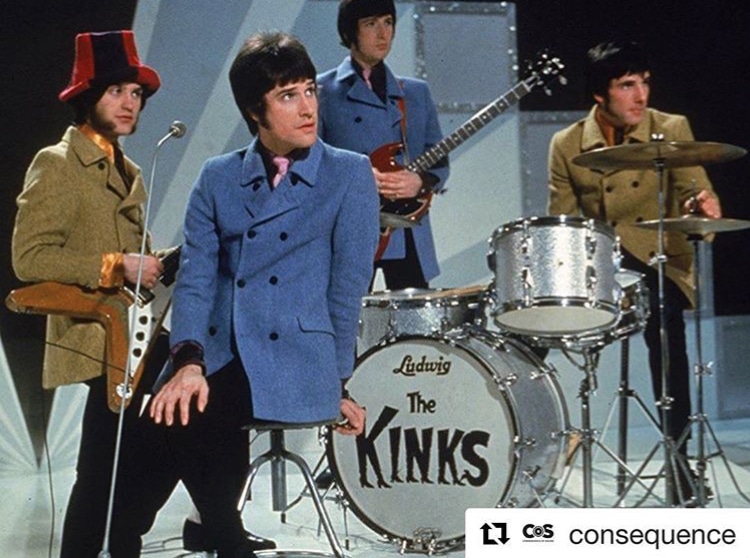 ROCK FROM A HARD PLACE

The Kinks riff which beat depression and changed the world

This month is the anniversary of the release of ‘You Really Got Me’, but the story of its iconic riff came from guitarist Dave Davies turning a razor blade on his amp rather than himself.

To say that music can change the world is ridiculous – it’s way more important than that. Even just a riff can change the world. And perhaps the greatest of all time, the one that invented rock, metal, punk, got The Who and The Beatles embracing distortion, and changed the lives of generations of frustrated young kids, is the one from ‘You Really Got Me’ by The Kinks.

What few realise is that the heavy, aggressive attack came directly from guitarist Dave Davies viscerally fighting his way from the brink of suicide.

The Kinks were a struggling band at the time they recorded the song with two failed single under their belt, until ‘You Really Got Me’ came out on August 4th 1964 and went straight to number one in the UK.

The song was originally a jazzy tune written by Kinks leader Ray Davies, until his brother Dave got hold of it. It just so happened that Dave was going through a terrible period of depression and in lashing out at his equipment with a razor rather than himself, he found not just a release from pain, but a brutal new sound.

As Dave told it: “My childhood sweetheart, Sue, got pregnant, and we wanted to get married. But our parents said we were too young and they split us up. I was a rebellious, angry kid anyway, but that had a profound effect on me. I was full of rage. A little later, I was very depressed and fooling around with a razor blade. I could easily have slashed my wrists, but I had a little green amplifier, an Elpico, that was sounding crap. I thought, ‘I’ll teach it’ – and I slashed the speaker cone.

It changed the sound of my guitar. Then, when I wired that amp up to another, a Vox AC30, it made it a lot, lot louder. That’s how ‘You Really Got Me’ became the first hit record to use distortion, which so many bands have cited as the beginnings of punk and heavy metal.”

The riff and the single have lost none of their power 55 year later, and the knowledge of its rawly emotional origins only adds intense new meaning to them.

While it can be dangerous to equate artistry with depression, in terms of glamourising the latter, such stories do show how it is possible to find a way out of the darkness, and potentially in doing so, to also find a way to change the world.

For anyone facing issues around depression please visit CALM or The Samaritans.