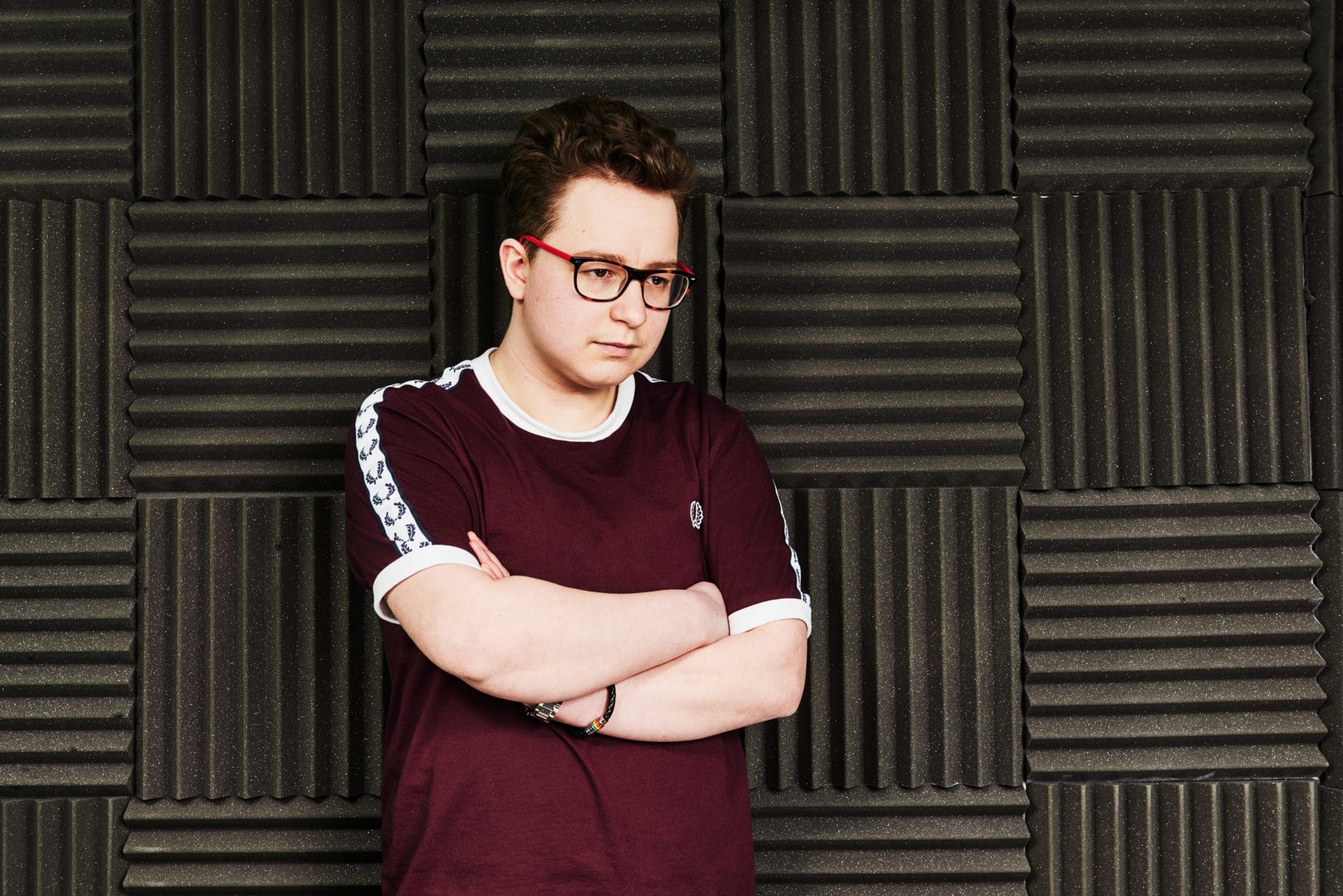 “I’m not an activist, being trans is my life.”

Oscar from Acid Jazz Records, one of the stars of our Festival of New Masculinity on being torn between supporting trans visibility and just wanting to get on with life.

As our evening event for the ‘Looking For Men’ Dean Chalkley shoot at The Festival of New Masculinity, we were pleased to host a live podcast on the subject of the changing depictions of men in the media. One of the panellists who particularly went down well with the crowd was Oscar, the trans man from Acid Jazz and their Totally Wired Radio station, who gave great insight into the perils of old school masculinity and the need for greater representation of all types of men. We wanted to follow up with Oscar to find out more about his feelings about the debate raging around trans on a daily basis – it seems transphobia is acceptable for many outspoken people on social media, which we personally find fucking disgraceful. obtuse and medieval – but also just to get his Top 3 albums list…

What do you do over at Acid Jazz? Tell us about the station…

I’ve recently been put in charge of co-ordination of Acid Jazz’s brand new radio station Totally Wired Radio in collaboration with Fred Perry as part of Acid Jazz’s 30th Anniversary. It’s a brand new internet radio station playing host to a huge range of music from brand new record label Council Records to seasoned veterans of the soul scene like Dr Bob Jones. There’s also an Acid Jazz show, the return of the Eclectic Soul Show from Acid Jazz M.D. Eddie Piller and even I’m giving a radio show another go after having a regular one at uni.

We saw you at our Looking For Men event, how did you find that?

Yes, it was a really interesting night – certainly helped me get over any fears I had about public speaking!

Can you tell us about being trans today? It seems like the trans community is being debated by everyone, but what’s it like in the centre?

It’s a strange feeling. I came out properly and starting socially transitioning with close friends and online around 4 and a half years ago though dysphoria and “feeling trans” is something I’ve known basically all my life, but I’ve only just started hormone treatment 8 months ago – the wait was crushing, actually. When I came out I feel like I was met with a lot less hostility than I feel I experience today, but maybe that’s what comes from being “out” as trans. It definitely seems to me like the press have it in for trans people as of late. Some days I do feel like I can read this stuff properly but sadly most of the time I’m a bit of an ostrich about it – it feels personal even though it isn’t. It feels particularly horrible to be years into a process that suddenly everyone has something to say about despite the fact that most people are uninformed about it.

What’s shocking to me is the sheer amount of people who are happy to be outwardly transphobic or align themselves with transphobic attitudes without being slightly educated on it all. Often they are people who are pretty left-wing too; they’ll happily decry someone like Donald Trump saying science on climate change is nonsense but then refute all science about trans folks. 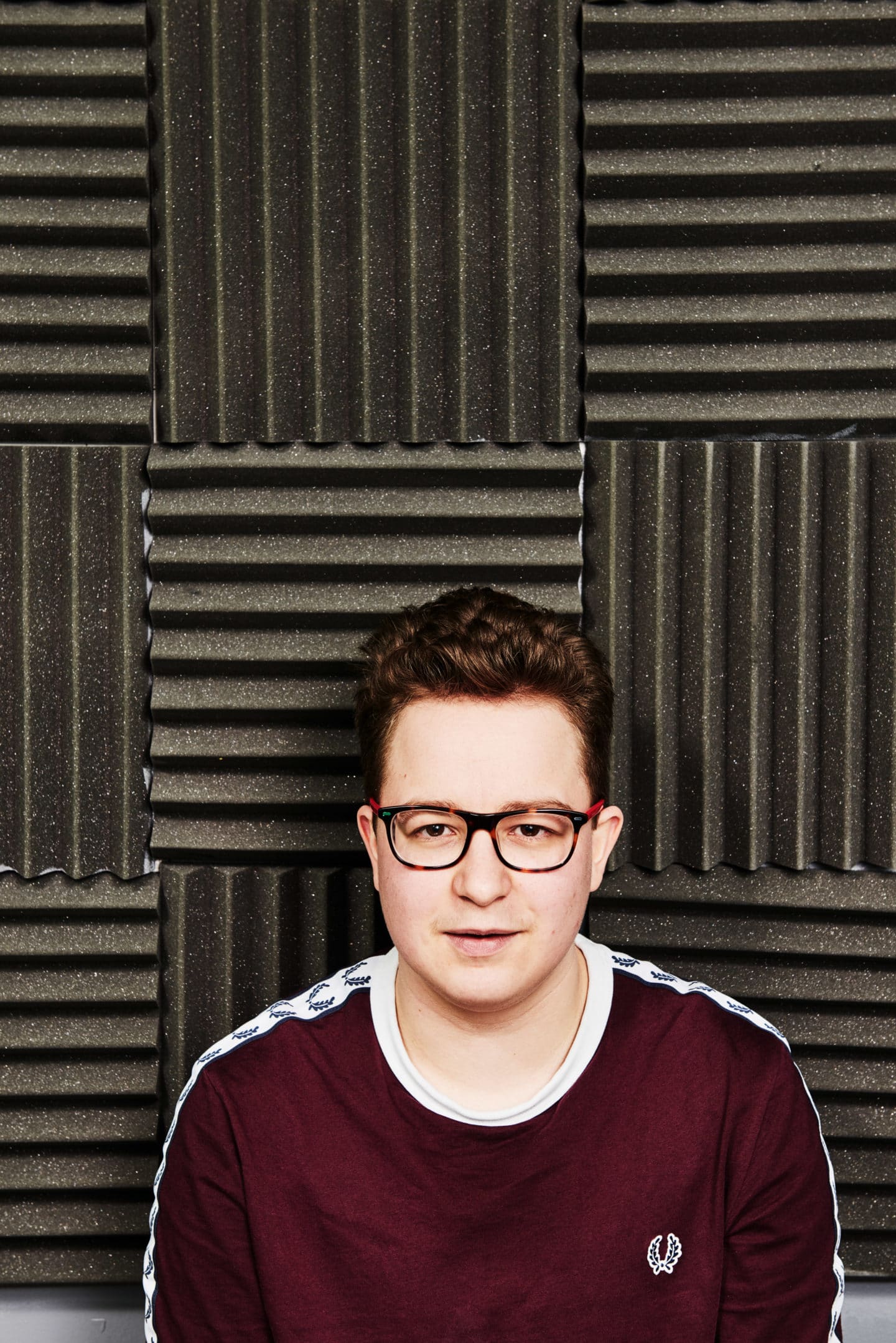 15 way to rethink masculinity from a trans boxer

Do you have to be an activist just with who you are? Or can you, or do you want to, just get on with your life as best you can?

I used to just want to be totally left alone with it all and even dreamed of a time when people wouldn’t know I was trans, and it was never something I had posted about on my Facebook as most of my mates on there knew me after beginning to socially transition or only knew me as my current name.

But recently it was Trans Day of Visibility and actually being trans is an important part of my context as a human, and I feel more ready to share it with people, and a couple of trans people I follow on Twitter expressed that they’re grateful for trans people who are confident enough to be open about their experiences – I’m lucky enough to have a bit of a platform with a radio station and having a job in the music industry so I think it would be silly of me not to use it.

That said, I wouldn’t describe myself as an activist at all really. Being trans is my life and my reality and I’m happy to speak about it and that’s about it.

What is the key thing for you in transitioning? Can you talk about the feelings you have about that? Is it exciting, daunting in some ways, and what deeper things will it provide or resolve for you?

For me with my transition the key thing has been starting hormone treatment and beginning to feel like I have a body more aligned with what I have always felt is right. It’s daunting in that there’s gonna be huge changes, but exciting because they are changes that I have longed for, for so long. I’m still waiting to have surgery and I don’t know how close over the horizon it is; the waiting times for gender care services are horribly long.

With changing people have obviously and understandably treated me differently and I am read as male pretty much 100% of the time which makes me feel a lot more comfortable too. Everyone is different though, every trans person has a unique experience.

Are you conscious of not taking on old school or toxic forms of masculinity? And in that sense do you think it’s a good time to push at the boundaries of what a man should and shouldn’t be?

I think I am – as a binary trans person, balancing my gender identity with an awareness of toxic masculinity can be difficult as I want to be seen as a cis man and quite masculine without pandering to the problematic aspects of masculinity in a traditional sense. I try my best though and I avoid anything I think is toxic nonsense.

I think now is as good a time as any and long overdue in fact to push back against toxic masculinity and to test the boundaries and definitions of manliness and masculinity.

What musicians really inspire you and why?

I’m a huge fan of Jason from Sleaford Mods for being unapologetically and unashamedly himself in a world full of people trying to be someone else.

I also really look up to Joe Talbot from Idles (though I’m aware he and Jason are loggerheads a bit) for the frank honesty he shows with his lyrics and for his song Samaritans which has lyrics that directly and openly challenge toxic masculinity. I’ve followed Idles for years and to see them break the mainstream somewhat with lyrics about fatherhood, sexual assault and poverty amongst other things is a really big step in the right direction.

Finally I’d say that I have the utmost respect for Theresa from Yonaka for being the most powerful front-woman I’ve ever seen. Again, they’re a band I have followed for a while and she’s got an incredible voice and stage presence.

Move On Up – Curtis Mayfield

Sign up to our daily emails for the latest from the frontline of modern masculinity.