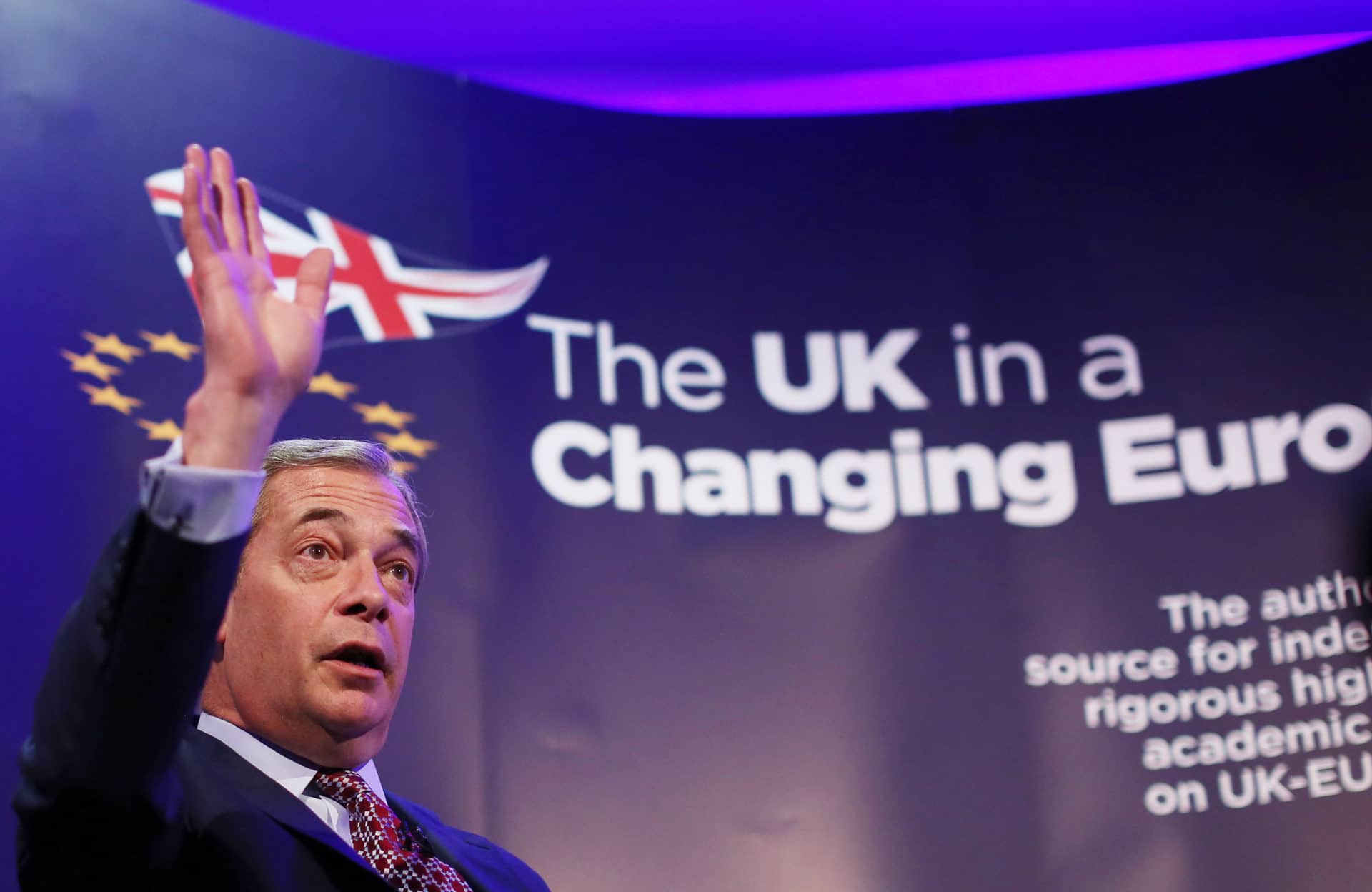 Why Brexit is Bad for Men

Brexit is dominated by men, talked about in manly terms, and its regulations favour men. And of course we mean the wrong kind of men. Political commentator James Millar unveils the toxicity of Brexit.

Consider the men of Brexit: Boris Johnson, Nigel Farage, David Davis and Michael Gove. A cheater, a drinker, a fibber and a weirdo.

These were the characters who dominated the Brexit debate in 2016 and have continued to do so in the two years since.

There is not a role model among them.

No wonder researchers are increasingly pondering what Brexit means for masculinity.

The Brexit referendum was won and lost by men. Three quarters of TV coverage featured men, nearly all press coverage focused on men too.

The folk who got most exposure were Johnson, Farage, Davis and Gove plus the then Prime Minister David Cameron. The last of these was a bit more new man, his tender affection for disabled son Ivan was refreshing and ultimately distressing. The media preferred it when he left his daughter in a pub. He lost the referendum.

As to the others…. Boris is a well-known philanderer. Farage is pictured with a pint more often than with his family (in fact if you Google search ‘Nigel Farage family’ you’ll get photos of him with Ukip colleagues. Or holding a pint. Which is a bit sad really). David Davis was in the SAS but hopefully he would’ve coped better under interrogation than he does at his regular sessions in front of parliament’s Brexit committee where he couldn’t get his story straight about whether government analyses actually existed or not leading to accusations of lying. Gove is not known to have cheated on wife Sarah Vine (though apparently she doesn’t trust him alone in a room with a pretty lady) but he betrayed his friend Boris when the Tory party leadership was up for grabs.

They represent a narrow masculinity that prizes ruthlessness, promiscuity, boozing and fighting.

We may have hoped that sort of image was out of date. And yet as we approach the anniversary of the referendum the years since have seen the same men prosper and the same parameters for debate.

There may now be a female Prime Minister but no-one believes Theresa May is in charge in any meaningful way and any ‘femininity’ she shows is painted as failure.

Perhaps we should blame the format. A referendum – with a binary choice and a clear winner and loser appeals to that competitive element of masculinity we are all imbued with. But the mindset has stuck. These days if Westminster is up, Brussels must be down. And vice versa.

And the language is masculine.

Brussels wants to ‘punish’ the UK we are told.

If no trade deal can be agreed between the EU and Britain then there will be a ‘hard’ Brexit. Men are meant to be hard.

Even describing Brexit as a divorce is highly charged as if in any couple splitting up there must be a winner and a loser. Why describe Britain’s ongoing payments as a ‘divorce bill’ rather than as ‘maintenance payments’?

This atmosphere and attitude, that Brexit is being done by men for men, has been noted by academics feasting on every angle of the complex process of leaving the EU. Many have understandably and importantly looked at how Brexit will affect women with domestic violence, maternity rights and economic downturn all fingered as areas where women could lose out.

But some are beginning to think about where men who are not willy-wavers (and if you think Brexit’s not phallo-centric then wonder why Johnson, Davis and Liam Fox have been dubbed ‘The Three Musketeers’) fit into the current climate.

University of Warwick academic Columba Achilleos-Sarll summed it up at a recent conference. “The referendum campaign and Brexit have ushered in a new hypermasculinity” she said. She went on to argue that all the talk of making a deal made Brexit sound very business-y and what sort of person do we associate with business? White men. Donald Trump represents this masculine mash up of business and politics.

Professor Roberta Guerrina of the University of Surrey has made a similar warning – that “gender is being performed” by the key players and that “business production remains more valued than reproduction” in the Brexit negotiations. Of course maternity rights impact women more than men, but it takes two to make a baby. Men who want to be involved parents – and according to all the polling and surveys that’s most men these days – are unlikely to get a better deal. Is it likely that the same government that’s scheduled debate on their big EU bill to go on for 12 hours next week ensuring no MPs get home to see their families on that day will make boosting paternity provision a priority post Brexit? Seems unlikely when Michael Gove once wrote a column for the Times about how to avoid getting involved in your own children’s bedtime routine.

There is no-one even asking ‘what about paternity rights?’ in among the Brexit hoo-ha. Anyone who did would be dismissed, after all such concerns are soft whereas where Jaguar are going to source the widgets for their cars (sports cars being associated with men) or what’s going to happen to fishermen (fishing disputes can lead to cod wars and war is for men!) are hard issues worthy of discussion.

There are more fathers than there are fishermen so paternity rights should be part of the Brexit discussion.

Masculinity becomes toxic when it is too narrowly defined, when it excludes variance. That’s when it becomes a trigger for dangerous behaviour and poor mental health.

Brexit is the political manifestation of toxic masculinity. It harks back to a time that didn’t really exist, it is defined by a certain sort of man who appears to value their ego over their family, and left unchallenged it is damaging.

Hopefully those brains carrying out research into the subject will elevate the impact of Brexit on masculinity into the mainstream debate and just as sites such as The Book of Man are opening up discussion about what it means to be a man so Brexit will enjoy a wider and more curious selection of voices.

If not then we will not be facing a hard or a soft Brexit come next March when Britain leaves the EU, we will be facing a toxic Brexit.

James Millar is a political commentator, journalist and podcaster. @PoliticalYeti

Read our story on why men must stand up to toxic masculinity.

Sign up to The Book of Man's daily newsletters for all the information you need in the movement for a new masculinity. Also: horror film trailers!