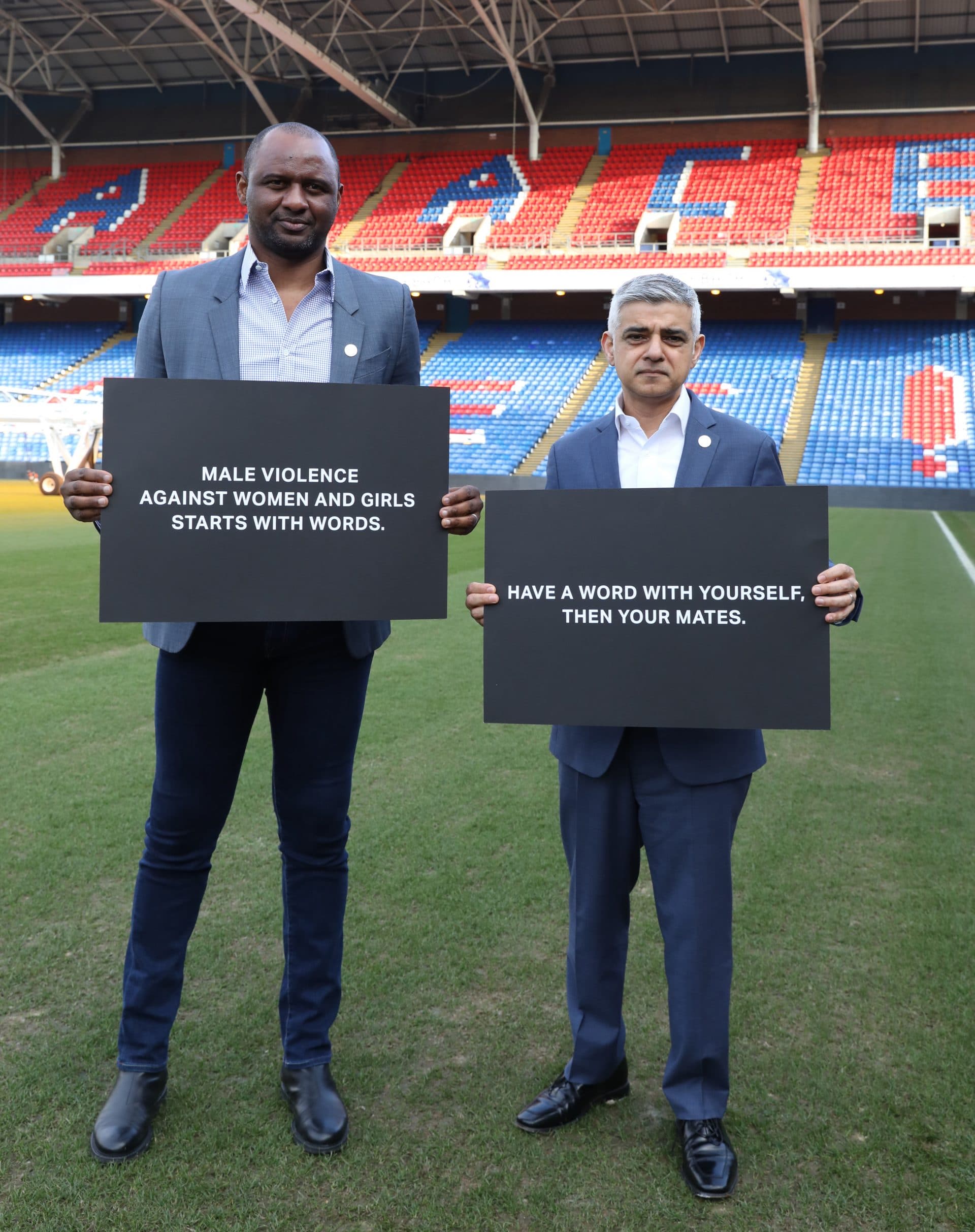 ‘Have A Word’ to help end violence against women and girls

Men are being asked to have a word with themselves, as well as each other, in a new campaign by the Mayor of London’s office…

Just over a year on from the murder of Sarah Everard, the Mayor of London is releasing a new campaign to speak directly to men and boys about how their actions can help end violence against women and girls.

And, it’s a very effective one, not nearly so condescending as the infamous Gillette advert from a few years back, nor as glossed over. It doesn’t hold back on showing how frightening ‘normal’ male behaviour can be – and really, the scene depicted is hardly an unfamiliar one –  yet it actually feels empowering for men: by highlighting empathy and conscience as a route to bravely step in to extinguish misogynistic situations.

The Mayoral initiative aims to challenge the sexist attitudes and inappropriate behaviours exhibited by some men in order to tackle the epidemic of misogyny and violence against women and girls. Research by UN Women UK indicated that 71 per cent of all women have experienced some form of sexual harassment in a public space with this number rising sharply to 86 per cent among 18-24 year olds.

To get its messages out, the Mayor of London, Sadiq Khan, is uniting football and rugby clubs across the capital to pledge their support for the campaign. Sadia launched it by joining Patrick Vieira, the manager of Crystal Palace,  Byron Webster, captain of Bromley Football club, and Marcus Gayle, former footballer and now Brentford coach and ambassador, at Selhurst Park to reveal details of the new initiative. The hard-hitting campaign – backed by the clubs – carries the message: “Male violence against women and girls starts with words. If you see it happening, have a word with yourself, then your mates.”

The campaign message will be screened on public billboards and online, with football and rugby clubs showing their support by installing posters and graphics in their stadiums across the city. Top London football clubs, from Chelsea to Crystal Palace, Arsenal to West Ham as well as rugby giants from Harlequins to Saracens, will install the campaign message on mirrors in the men’s bathrooms in their stadiums, directing men to reflect on their own behaviour and to challenge the harmful behaviour of those around them. Nineteen football and rugby clubs will also feature an open letter from the Mayor to their fans in match day programmes, which will ask men to reflect on the way they personally view, treat and talk about women.

City Hall’s website will provide more information on the practical steps men can take to become allies and play a more active role in ending violence against women and girls. It will also provide guidance on how to safely challenge the potentially harmful attitudes and behaviours of other men around them.

The fact is millions of women and girls are subjected to violence and abuse every year, and data shows that the vast majority of the perpetrators are men. Between 2009 and 2019, on average, one woman was killed by a man every three days in the UK. In 2020, 99 per cent of adult offenders sentenced or cautioned for sexual offences in London were men. Nearly all perpetrators of domestic abuse during the pandemic were men.

Sadiq Khan, said: “In London and across the country we are facing an epidemic of violence against women and girls, committed by men. This must unsettle us all and force us to take a long hard look at ourselves.

“As men, we need to be reflecting on the way we view, treat and talk about women. That’s why this new campaign is about talking directly to men and boys to get the message across that words matter and that there’s a link between misogyny and violence.

“I want all of us to be challenging sexism and misogyny – whether it’s on the streets or online in a group chat, at home or in the pub – because we all have a responsibility to raise our voices to prevent violence and to help keep women and girls safe.

“Male violence against women and girls can start with words. If you see it happening, have a word with yourself, then your mates or whoever is behind it. It’s time we kick these rotten attitudes and behaviours out of our city and society for good.”

Patrick Vieira added: “This important campaign highlights to men and boys that our thoughts, actions and the way we behave can make a difference towards women.   I’m proud that Crystal Palace FC has joined clubs in London to share the message that we must all do everything we can to eradicate violence against women and girls.”

For more on the Have A Word campaign visit here.