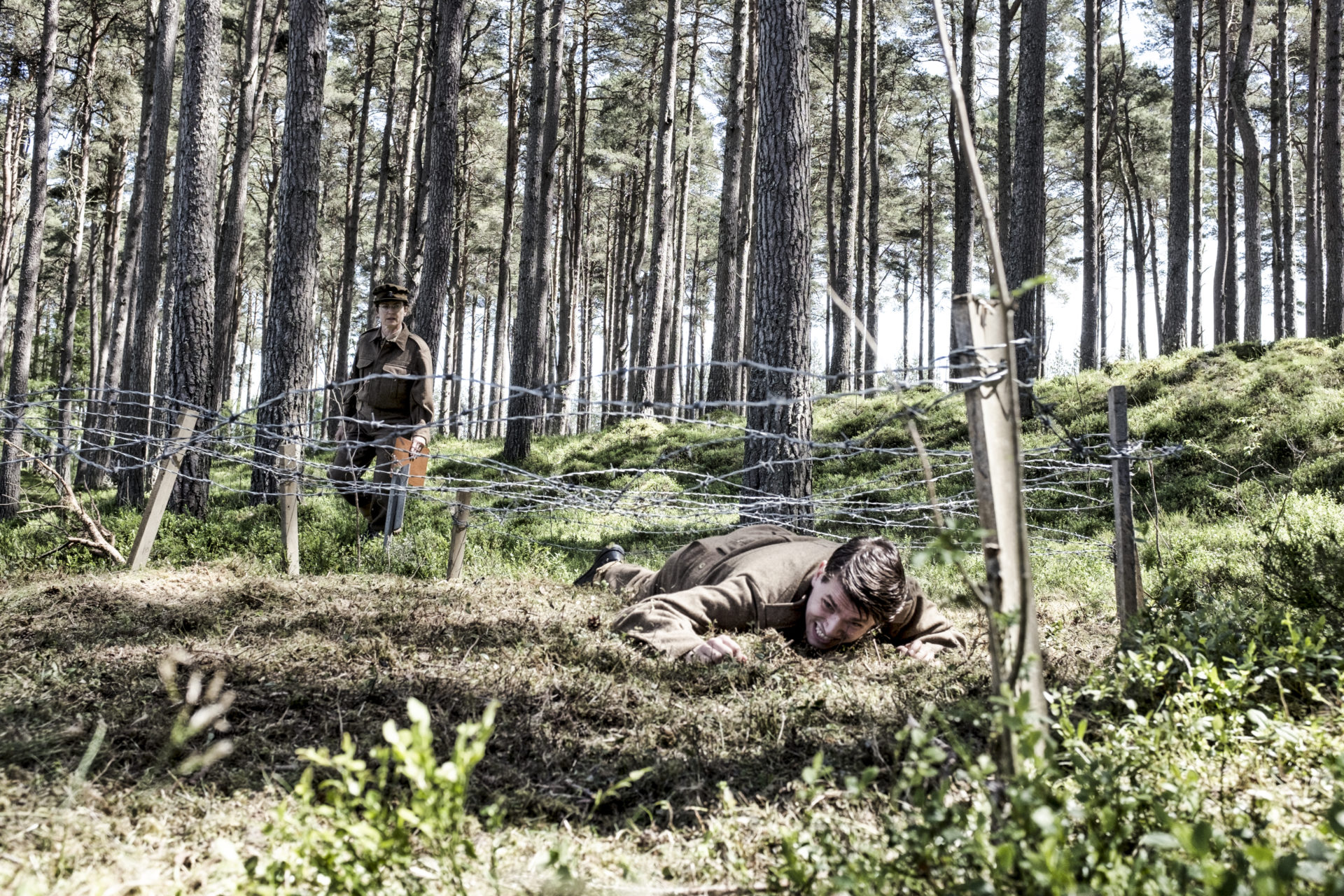 Lessons in masculinity from the 1940s

"Things were better in the old days." Well, what if, in some ways, they were? One of the participants in immersive TV show 'Secret Agent Selection: WW2' gives us insight into men in the 1940s. It were grander then (if you discount the war (which you can't)).

Paralegal William Beresford Davies, 30, is one of 14 modern-day, ordinary people, currently starring in BBC2’s Secret Agent Selection: WW2. The five-part immersive reality show sees him undertake the same gruelling training as a WW2 spy; with absolutely no contact with the modern world. So, what lessons can we take from men in the 1940s? Marie-Claire Chappet reports.

1940s food is more hipster than you think

“Everything is ethically sourced. Everything had to come from the UK because of the war, so it was seasonal vegetables and real farm-to-table stuff. It was really hearty and surprisingly great. I loved it.”

Brylcreem is not so brill

“We had to use Brylcreem on our hair which is just like a really greasy moisturiser. It’s so disgusting and it doesn’t work very well. My hair would be all over the place and really sticky.”

Neither is brushing your teeth with powder

“You mix it together and make a paste. That was horrible and felt really ineffectual. Also, I’ve used an electric toothbrush since I was a kid, so suddenly using an old-school manual one felt really strange.”

“You have an insanely sharp razor blade that you have to awkwardly insert in to this old-school safety razor. The term safety razor is a misnomer because the blade is really exposed so you feel quite vulnerable and it makes you nervous.”

…but a wet shave is great

“That’s just really enjoyable and the brush feels good. I think we had a horsehair brush and its brilliant for raising the hairs for a better shave. It’s like giving your face a little massage. Of course, then you ruin all that by cutting away at your face with those awful razors…”

“It’s like a wetter version of the Brycreem. It was greasy and nasty and I could never tell if it was helping my skin or not.”

A bath is a luxury

“There were no showers but we were instructed to have very small, quick baths so as not to waste any hot water. I may have cheated once, when we got given beers as a reward for a mission. It was a really horrible, cold day so I had mine in a long, hot bath.”

“I feel the clothes were way better back then. The standard of tailoring was higher and the fit was great. Your trousers would be hanging from braces which actually makes them look better. Plus, the military uniform was amazing, you can’t help but look good in that.”

“Not a fan of hats. We had to wear them a lot. They’re really annoying.”

Wartime pyjamas are far too cosy

“They were so cosy! I really want a pair now. They were proper old-school PJs with little vent at the front. We were told to always wear boxers underneath though. I imagine that’s so no one accidentally exposed themselves on camera…”

You dress for dinner

“I thought it would be a bit annoying but I ended up quite liking it. It was a nice kind of strange custom.”

You carry yourself better

“Because the tailoring is so good, and because you spend a lot of time in uniform, it affects your posture. You make an effort not to slouch.”

“Even though a lot of what we learnt to do was for wartime effort, it still felt great to be learning a practical skill. I don’t think we do enough of that today. Taking an hour to make your own key would never happen nowadays, you’d delegate that task to a locksmith.”

“I can now really easily get myself out of handcuffs, pick a lock and make my own key. I have learnt how to set an ambush, assemble a gun, shoot a pistol, lay explosives and, weirdly, put a bomb in a dead rat. I guess you never know when that might come in handy…”

How to be a good liar

“We were trained in how to lie convincingly as an undercover agent; how to come up with a great story, and all the tiny details you wouldn’t think you’d need. I’m not sure my girlfriend is so happy with this new skill.”

“We went out and spent the night out in the highlands, sleeping in a bothy. I quite liked that, it was very back-to-nature stuff: making a fire, washing pots and pans in the stream… We had no modern equipment. It ends up making you feel really self-reliant and gives you a confidence boost. But I bet back then it wouldn’t have been such a big deal. It makes you realise how much less practical we are today.”

“The exercise we did was hard-core military fitness and that really hasn’t changed much since the 1940s. Squats, push ups, lifting- even if they were logs instead of weights”

…but the gear has

“We wore tiny blue rugby shorts and horrible white, baggy wife-beater vest so it looked like old-school PE kit. We also had these flimsy canvas plimsolls instead of trainers.  I felt like I was running in espadrilles.”

“With these workouts, the goals feel different; they’re not training you to look good, they’re training you to be really effective. It trains you to move your own body weight at speed, it puts the skills you learn at the gym in a practical context.”

Don’t get into a bar fight

“We were taught deadly unarmed combat by an ex SAS guy, so that was pretty cool. As a guy, I guess you’re probably statistically more likely to get into a fight on a night out but I could never use the skills I’ve learnt. We were trained to do serious damage. It wouldn’t be self-defence, it would be manslaughter. That’s pretty terrifying.”

Have independence of spirit

“Spy training forces you to think laterally. It gives you this extraordinary ability to live on instinct and make split-second decisions. We were taught not to just follow the herd but to really think outside the box. The people who joined SOE, often did so because they wanted to be their own boss. It was inspirational how they wanted to go off and be independent, use their own minds and skills, think differently.”

Being a woman didn’t hold you back…

“The brilliant thing about the training is that it was very equal; the SOE (Britain’s secret Special Operative Executive) trained men and women the same, and our training reflected that completely. The girls in our group were fantastic.”

“However, when we were practicing how to blend in in wartime France, we role-played eating at a restaurant. The practice of the time was to order for the woman, that felt really odd and really jarring, like you’re just commanding them. I could not imagine doing that today.”

“There’s a lot more every day practicality back then. Like, when we were finally given watches we had to remember to wind them up. So much of what we do today is automated, back then it was a better test of your memory and awareness. You’re more switched on.”

…when you switch off

“It’s nice not to have the internet or social media because you end up actually talking to people more, with zero distractions. You really are more in the moment and you willingly make more of an effort with people. You don’t get rolling news and constant text messages or social media alerts. It makes you realise how much more peaceful life is without it. There’s a real value in disconnecting.”

“I was writing a letter to my girlfriend during the time and I found myself thinking about her more deeply than I do when I just text her mundane, silly stuff during the day. You think about what you’re saying more, and it makes it feel a bit more special.”

“I was given this amazing opportunity to meet a real-life SOE agent. He was in his late nineties, witty and completely lucid and fascinating. He also flirted outrageously with a young woman in the café we were in.”

For more on the changing nature of modern men, read this on the New Masculinity.