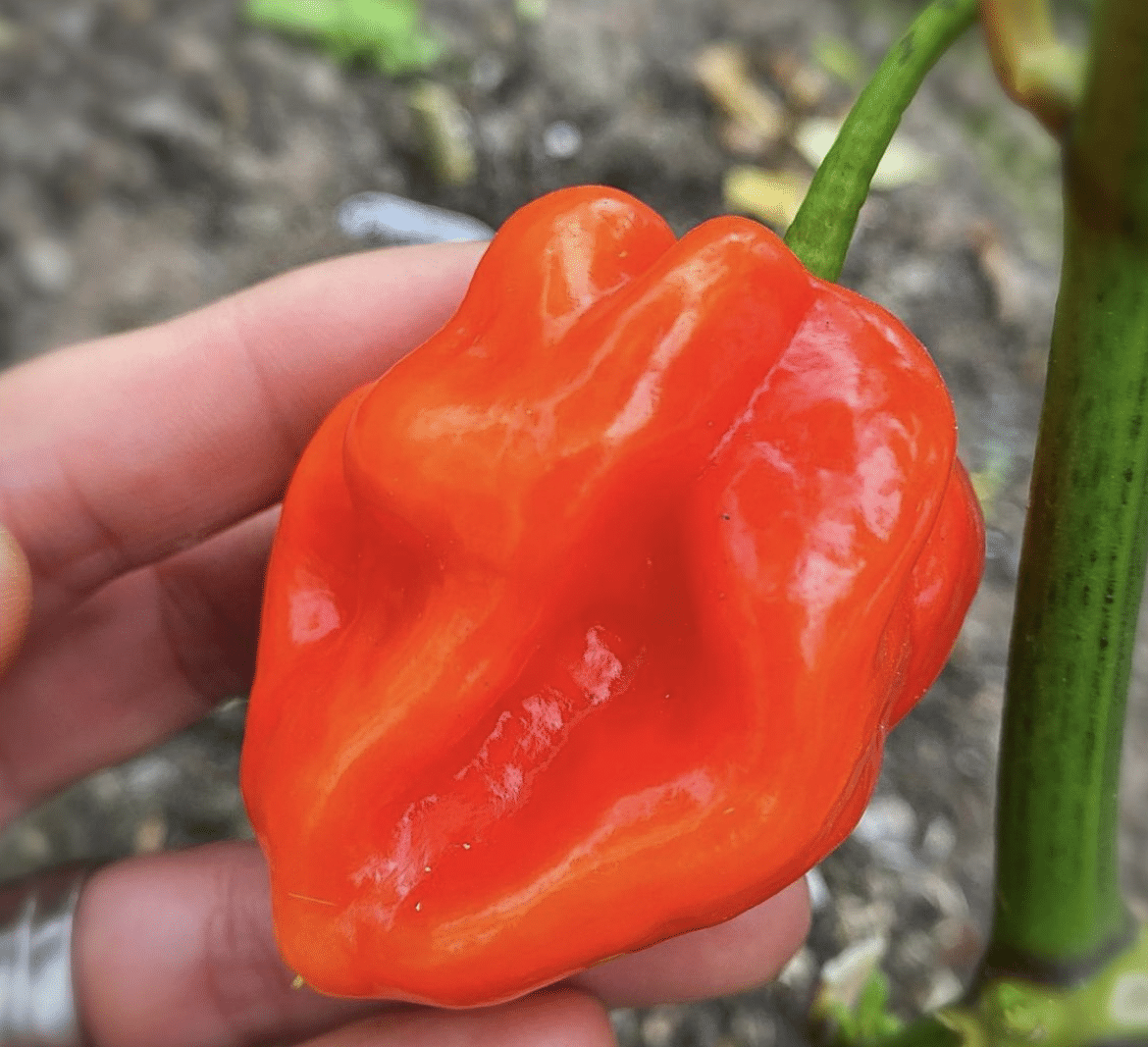 A hilarious, vulnerable and entirely brilliant piece of writing by George Erlanger about how the search for a chilli helped him through a period of depression. Sometimes a light approach (or a hot approach) can help you through the dark times...

Anyone who knows anything about making Jerk knows that you have to use Scotch Bonnets. I’ve only made it a few times but I have eaten it a lot. There’s no other way. The difficulty is that in Edinburgh they are quite hard to find.

I’ve been having, and probably am still having, quite the breakdown. It’s definitely been one to write home about. For the last three weeks I’ve been signed off work due to serious clinical depression. In fact, my greatest achievement in those three weeks has been scoring 27 out of a possible 28 on the depression scale they use to work out just how bleak you are finding everything. Can’t help but be slightly annoyed that I missed out on that final point.

What I have found difficult is that I have been, on the whole, a very good patient. I didn’t really fancy being around anymore and so I called the Doctor who immediately signed me off work and doubled my sertraline intake. I stopped drinking. I spoke to my friends and family and kept those closest to me up to date with how I was doing (I think that’s what they call a support network). I went to the gym everyday. I signed up to a boxing club and smashed out four one hour personal trainer sessions in two weeks. I even went to IKEA and bought a new duvet and pillow set and had meatballs. I went to a garden centre. I. Bought. Plants. I thought I was completely nailing it.

Three weeks in and I was spending some time alone. Two of my closest friends who are also my housemates were out of Bristol and I had from Thursday to Tuesday to keep nailing it until they came back. The problem was I did not nail it. Despite the really impressive scoring I had received which basically meant I was professionally depressed, I was told that the High Intensity 1:1 CBT that I needed was a six to nine month wait away. To be fair they did send me a link to an App called STAY ALIVE which was good of them. On the Thursday night I went to boxing and sweated out most of the overwhelming sense of hopelessness that I was continuously experiencing. Unfortunately, I wasn’t able to get rid of it all. Instead I did classic mistake number one which was to turn to the numbing companion of Holsten Pils. To put it into perspective, I drank enough Holstein Pils to sit and watch three James Bond movies back to back without turning it off. I even think I enjoyed them but I can’t be sure. On the Friday I woke up and the date I was meant to be having was now cancelled. No fault of theirs but not great timing. Back to Holsten I went. This continued until Monday.

It’s a really surreal feeling to completely not care anymore. I did not want to be alive but I also did not want to achieve that aim myself as I know first hand the devastating effects that has on your family and friends, even people that kind of knew you or worked with you. The problem was that I felt that there was simply no point in carrying on. I won’t claim to be the first to say it, but the world is completely fucked. Systemically ruined and at a point where it seems nearly unfixable. I have worked tirelessly in sectors that try to fight against this, providing education, support and safety for those at the sharp end of cuts, exclusion and discrimination. The problem was that I just did not have the fight left in me anymore.

As I found out drinking loads of Holsten Pils doesn’t really change anything and you still end up waking up (at least I was lucky enough to). I sent a text to my Mum on the Monday morning, packed a bag of mainly unclean clothes and drove my beautiful fifteen year old Ford Transit van called Vinnie up to Edinburgh.

On the Tuesday my parents suggested that we make Jerk Chicken at some point while I was there. I didn’t know how long I was going to be staying at home with them for because I couldn’t really plan past the day I was in. I don’t think they realised how weirdly important that was going to become for me or maybe they did and they are complete geniuses. It was a perfect plan because as we all know Scotch Bonnets are hard to come by in Edinburgh. The rest of the ingredients were easy. I was once again nailing it. Finding Tamarind Paste is no mean feat but I did and I did it well. I came back on the Tuesday, unloaded Vinnie and presented the ingredients that I had gathered. The thing was I couldn’t find any Scotch Bonnets and boy did I try. I explained this to them and they understood.

On Wednesday I set out again. I had been Googling where to find Scotch Bonnets and I had a couple of really promising leads. This lead me and Vinnie across the other side of Edinburgh, taking me through the area that I grew up in as a young child. Although I love a Google, on this occasion it was wrong. There were no Scotch Bonnets. At the side of a park I used to cycle through I spoke to the GP who had been guiding me through these last few weeks. I explained my latest meltdown and how I had come up to Edinburgh and he told me it was the right thing to do and I agreed. He said that my high score of 27 wasn’t actually that futile as it might be less of a wait. He also told me to hold on in there, to keep doing what I was doing because the dose I was now taking takes six weeks to really kick in. He said that after that he hopes I would feel more stable. I didn’t mention to him that the thing getting me out of the house was a type of chilli because it seemed like a tough thing to get across on the phone. We agreed to talk in a weeks time and I went for a walk around the park then drove home. Of course I updated my parents when I got back. Firstly that I couldn’t find any Scotch Bonnets and then secondly about what the Doctor had told me because that is the order of importance.

It was now Thursday. I had been up most of the night struggling once again with myself which is quite a difficult battle to win. More defeated than I was on the previous days, I walked for about 40 minutes until I found a small green grocers. At the back of the shop, surrounded by second-rate chillis was a tray of Scotch Bonnets. It must have been really weird for the shopkeeper to see this guy come in and just start smiling at a tray of chillis. I also probably stood there just looking and grinning at them for way too long a time. Maybe that is why he was why he was so off with me when I went to pay for them. I bought six of them which if you know anything about Scotch Bonnets is an unholy amount of spice. We will probably only use one at most when I get around to making the dish that has so far been three days in the making.

At this point, it’s probably clear that this whole journey hasn’t really been about making Jerk Chicken or about the necessity of Scotch Bonnets in this process. It just so happens that Scotch Bonnets have taken on a centrality in my very slow recovery back to how I was: optimistic, ambitious for others and caring. I now realise that I needed a project. Anything to keep me going. Anything that had a clear, small, achievable objective that made me feel like there was an aim or a purpose. I now feel calmer than I have in a while. I might not even make the Jerk, who knows (I’m kidding of course I will it is delicious). The point is that if you are having what they call a complete and utter shitter and you don’t see a way out, try to find your Scotch Bonnet. Take your time finding it and keep moving forward and then once you have found it, plan what could be next. Who knows, in a weeks’ time you could be searching for black cardamon pods (notoriously difficult to find). It doesn’t matter because it will be in a weeks’ time and that is progress in itself. 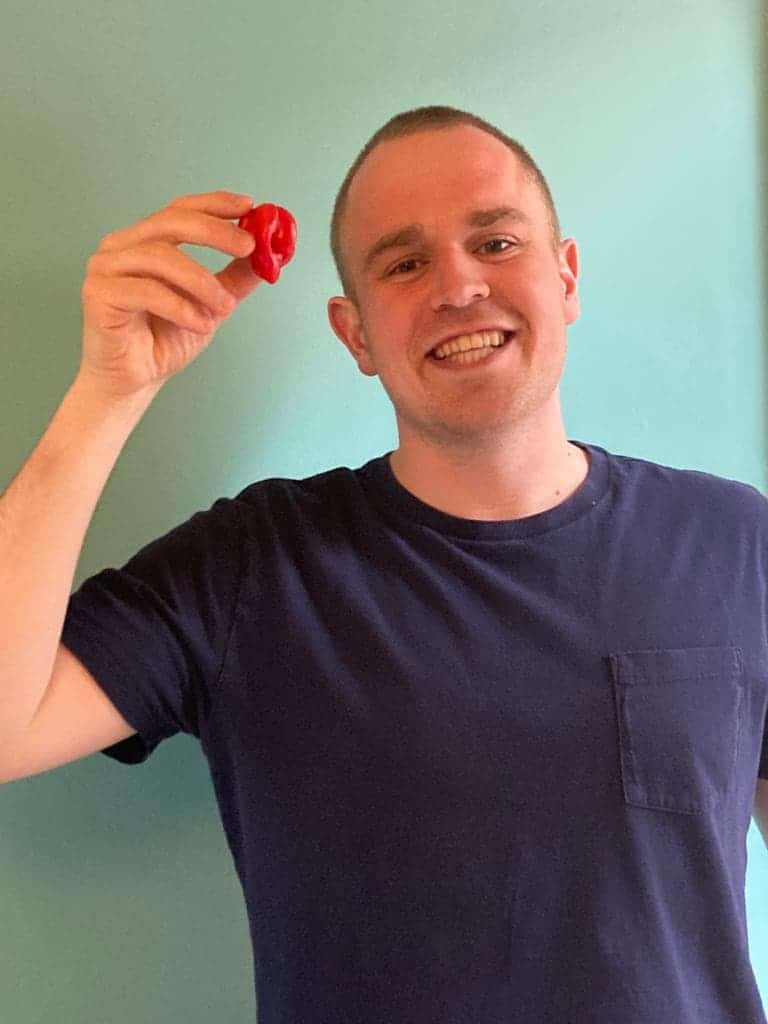