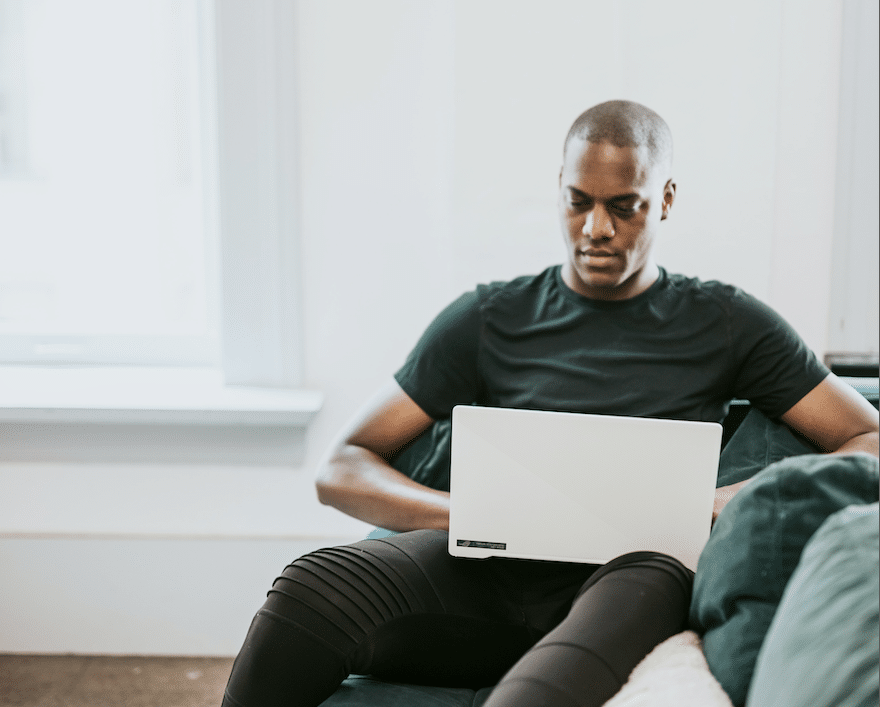 Why such video calling platforms, while useful during the pandemic, are negatively affecting our mental health by distorting human interaction.

When needs must, of course…the need right now is to continue life as best we can during the pandemic, which means leaving the pub before 10pm, sweating through the living room carpet doing bodyweight exercises, and participating in endless video meetings for work.

In fact, for many people now, ‘Zoom Fatigue’ or ‘Zoom Anxiety’ are very real issues to contend with. The novelty has worn off, and employers’ increasing insistence on them is getting to a point where people’s mental health is suffering.

Now, this is not to damn Zoom – or any video calling platform – as ‘bad’ as such, but as with any kind of technology, it kind be abused to a point where its benefits becomes compromised. While video calls to friends can be lifelines – and have been during lockdown – you don’t approach them in the same way you do a work meeting. Whether it’s visible on the surface or lurking beneath, work meetings are very much performances where you are reporting and presenting in a manner which you want to land; it’s not just what you are saying that’s important, it’s about how you personally want to be received as an employee. Even if it’s an awkward meeting, with difficult home truths that need to be raised, connecting and having a human response is important for clarity, understanding and mutual reassurance.

Many of these things are just not possible on a video call.

But with many employers showing on over-reliance on Zoom calls, teams are being forced to work through situations which can degrade not just job satisfaction but self-esteem.

Most businesses are fighting for their lives, but in the rush to keep things moving, the well-being of the people who work there cannot be taken for granted – and sometimes it really is the small things that can throw out your mental equilibrium.

Scientists have dubbed the response to too many video calls ‘Zoom Fatigue’. Some deleterious effects of this way of working are revealing themselves.

For a start, the technical glitches, the audio overlap and wifi drops outs prevent fluid conversation in video calls – however, it’s not merely dips in quality, the very nature of the medium is unsatisfactory because it makes it harder to process non-verbal cues.

Speaking last month, Jeremy Bailenson, founding director of Stanford’s Virtual Human Interaction Lab, said the normal human cues are getting distorted: “Our brains have evolved to have a very intense reaction when you have a close face to you…eye contact moves in a very intricate dance and we’re very good at it.”

It prevents the kind of connection we thrive upon as a species. We are talking but are we always looking into the camera, and are our colleagues doing the same, and anyway, how can you read a person properly when they’re slightly pixelated?

Also the way Zoom prioritises one speaker at a time may make a more satisfying experience for an observer, but for a participant it means the easy flow of conversation disappears and those important side conversations that you have in real world meetings (including shared jokes and raised eyebrows) are not possible. Bad news if you happen to be shy or have a point they may be reticent to raise in such a medium.

Of course there are side chats to be had, messages to be typed to colleagues, follow-up calls to make certain issues clear – it can be done! But the point is, it is unsatisfying as an experience, yet we are hearing that many companies are treating them as a means almost to intimidate staff, by forcing them to visibly check in. Some firms in the States are having entire days where teams are on video for the entire thing! By placing such demands, it suggests a lack of trust, that people working on home are not really working from home, but probably watching Netflix and pretending to work…when really, according to the latest statistics, working from home has led to longer hours, 3 more hours extra a day according to Bloomberg. Work-life balance has been obliterated: the stress of job uncertainty plays a role, but also, in the digital workspace, when does the working day end? The emails and messages never stop, your phone is always with you, so you never really clock off. We are certainly in the age of Sunday afternoon questions from your boss, of midnight responses from clients, of colleagues chasing work on bank holidays.

A few sensible remedies can make a difference: fewer Zoom calls for a start, nothing unnecessary. Keeping them short. Making sure everyone has a chance to speak, rather than waiting for a break in the chat.

Fundamentally, it may be about getting on a phone call – this most dreaded of things for Gen Z (apparently) – and Bailenson suggested asking to go to ‘audio only’ on a video call; for anyone who’s done this, you know that there’s an instant pleasure in being able to speak and be heard, and also not having to police your own facial expressions, or to have to stay rooted to the spot for an hour.

Any measure you can make to bring some warmth back to your work is also advisable. A socially distanced coffee with a colleague or two, if that’s possible. To talk wistfully of the days when you could drift around the same office space working, gossiping, joking, crying, taking the piss out of your boss’ facial hair; all the things that make up the truth of human environments.

Most importantly it may be able setting yourself and your colleagues strict working hours, with no emails or messages after 5pm. Easy to say, hard to implement, but crucial you feel, with so many other worries in the country right now.

As to the future, and the issue as to whether this way of working will continue even when (if) the pandemic is no longer a threat, well, this is where it gets interesting and possibly alarming. Facebook, lovely Facebook, has now allowed staff to work from home permanently (though salaries will be reflective of local costs of living), and are estimating that up to half of its 48,000 employees would be working from home within a decade. If this is the future of a digital world where we can work from home with relative ease, with hypothetical high-functioning tech – Zoom 3.0 – the question is should we work from home? You can’t help thinking that a push towards everything works on digital terms, will mean losing many of the things that make us human. Reading faces, making eye contact, understanding someone, truly. That warmth of feeling is surely at risk if we consider making current pandemic working practices a permanent arrangement. And really, we have to remember, it will be our choice again soon – and convenience shouldn’t be opted for at the expense of true connection.

If you need a handy excuse to get out of a Zoom call visit Sound The Excuse!

Sign up to our newsletters for advice on mental health and discussions around masculinity.