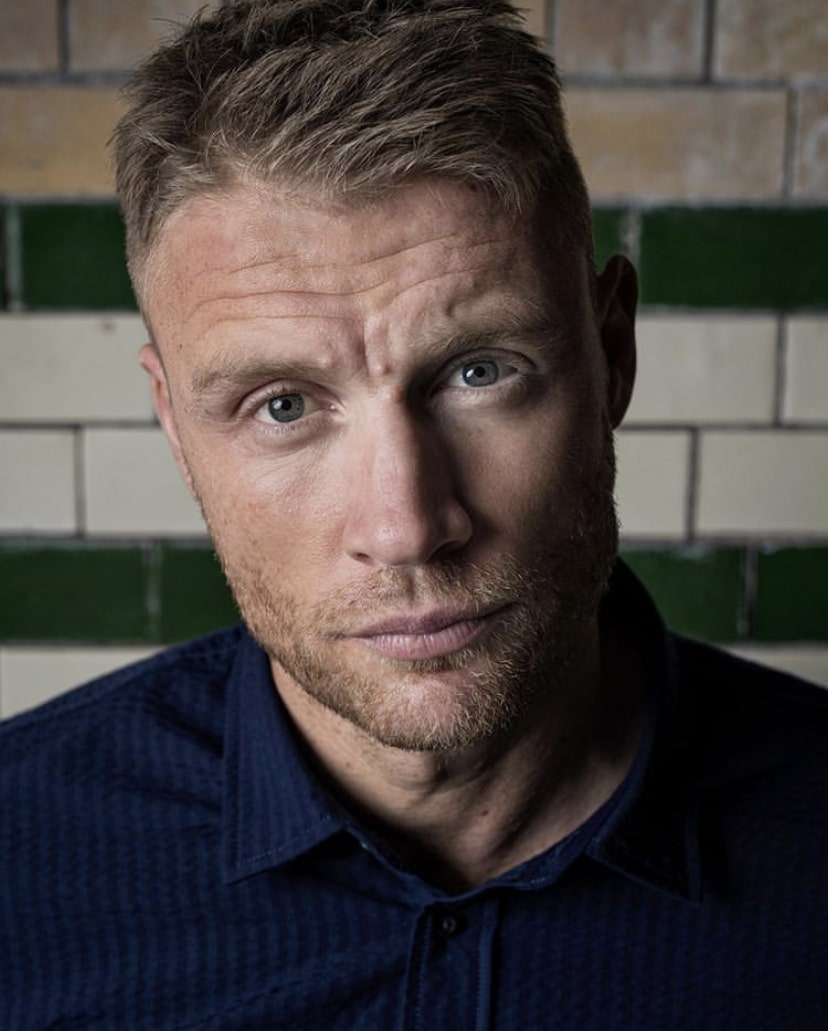 Freddie's BBC documentary revealed the star's struggles with bulimia, and brought awareness to eating disorders as a rising problem for men...

Fair play to Freddie Flintoff for his BBC documentary ‘Freddie Flintoff: Living With Bulimia’. It was a powerful watch in which the former England cricket star and Top Gear host revealed how anxieties about his weight – fuelled by press bullying about it – led him into vomiting up his meals as a means to lose weight. The compulsion was such that he still feels it today, one very much related to men’s need to not admit that anxieties about their appearances affect them. Men are supposed to be too tough; eating disorders are ‘women’s problems’. Except, as the documentary powerfully made clear, they’re not. Even the toughest, hardest sports stars can be affected – and as Freddie met various people dealing with similar issues, it was clear that any of us could be affected by an eating disorder at some point of our lives.

Indeed, bulimia is just one type of eating disorder playing upon people.

Studies suggest that a quarter of all eating disorders involve male sufferers, but charities such as BEAT believe there are many more who go undiagnosed – mostly as a result of the stigma attached for men.

And these include bulimia and anorexia – or anorexia nervosa, which is to do with starving yourself – but also things like Orthorexia, which is an addiction to healthy eating. Indeed, while the fitness boom in recent years has led to an explosion of healthier lifestyles, it has come with a darker side: an addiction to ever more extreme forms of exercise which can be accompanied by an addiction to weight control. Maintaining that physique by whatever means necessary. Muscle dysmorphia, a type of body dysmorphia is reportedly on the rise among men, who obsess over whether they’re muscular enough and can spend excessive hours in the gym, develop abnormal eating patterns and start using steroids.

It is important for men to be aware of the full range of issues that can affect them, as these are things that can affect quality and length of life. Often the issues can be triggered by bullying, a relationship breakdown, injury or illness, or job loss. And it should come as little surprise that today’s social media driven world is exacerbating things – studies in the states have shown an increase in body image concerns is related to Instagram usage.

Troublingly, the COVID-19 pandemic has caused a spike in eating disorders. Research in the Journal of Eating Disorders suggested that the stress of the situation is causing people to behave in dysfunctional ways when it comes to their bodies. Again, compulsive exercise, with highly controlled eating habits, has been identified as a worrying trend, when it goes beyond looking after yourself into an addictive cycle of training highs and guilty lows when you’re not doing it.

In these circumstances, education is important, as is awareness of your own behaviour and whether it is negatively impacting other areas of your life.

Resources out there for help and information include:

National Centre for Eating Disorders – comprehensive resource with a support line for sufferers.

FREED – First Episode Rapid Early Intervention for Eating Disorders – aimed at 16-25 year olds, who have had an eating disorder for under three years.

Beat – leading UK eating disorder charity with lots of info about the impact of the pandemic.

Thanks to the likes of Freddie, hopefully the word on eating disorders being a male issue – because we’re human too! – will be spread further and more men will seek treatment or advice if they have found themselves entering worrying behaviour patterns. Let’s talk about it, not hide it.