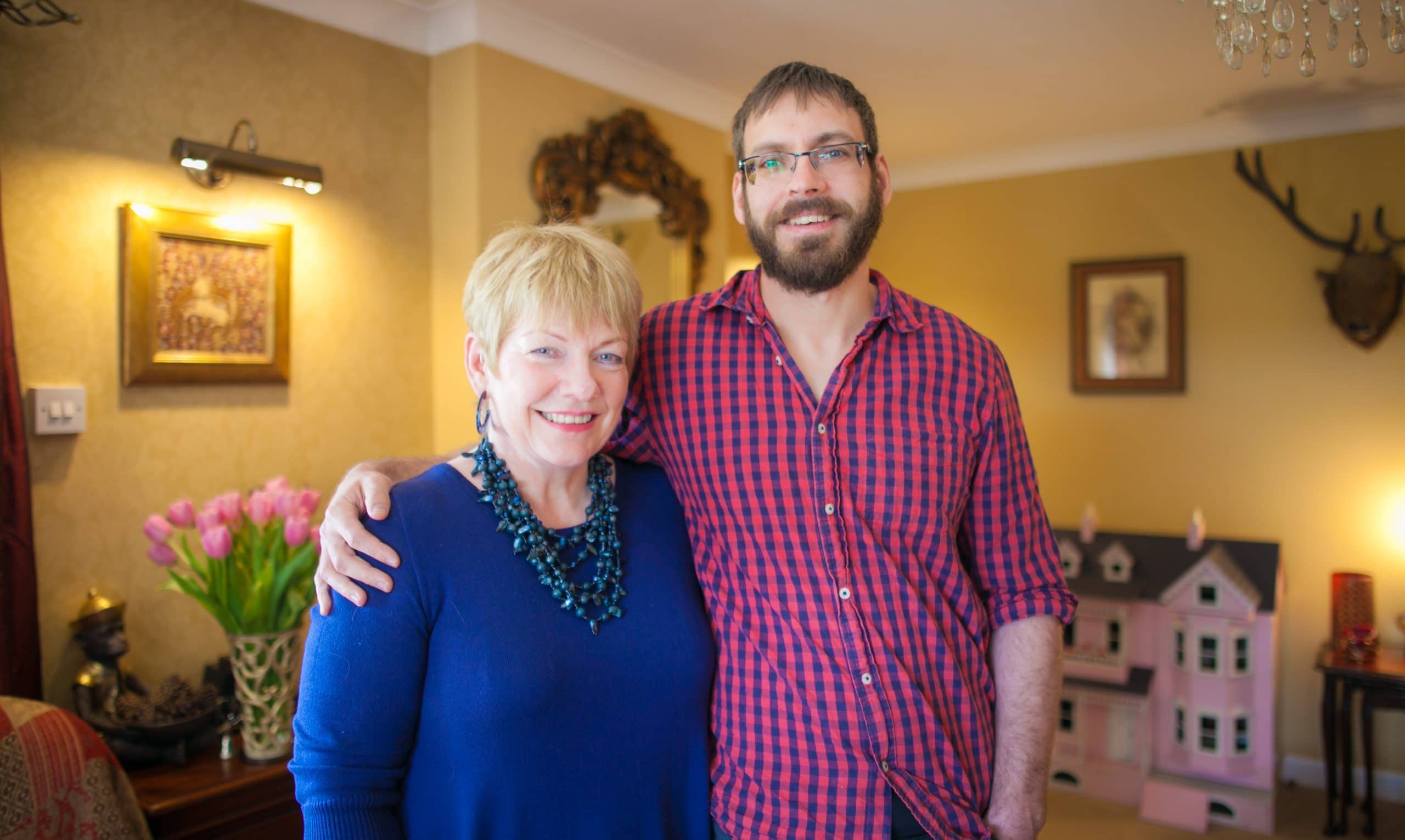 “I was diagnosed with lung cancer…I learnt to be resilient.”

One man's remarkable story of cancer diagnosis, treatment and recovery - and the fitness competitions he's involved with today. A must read.

Christopher, 36, is a care officer for children with autism, who has been through a remarkable cancer journey. Having had pain in his right leg for years growing up, which he attributed to football strains, he was shocked when doctors discovered a pelvic tumour the size of a grapefruit in 2012. Having had that removed, he had another blow in 2013 when doctors discovered he had lung cancer. Now in remission, Chris recounts his path through these difficulties with remarkable honesty; reflecting on the importance of having a strong network of support around him, and highlighting the incredible work of doctors, nurses and Cancer Research UK.

When did you first get the news of the diagnosis? What were your immediate reactions?

I had a nodule removed from my lung in April 2013, this was then diagnosed as lung cancer (Adenocarcinoma) in May 2013 following a biopsy. I had already had a tumour removed from my pelvis in 2012 so this was a new blow. I had been in and out of hospital for all of 2012 and most of 2013 having more surgeries related to the first tumour. Mr Rathinam – my consultant in Leicester – informed me and my mum, before inviting me to go back for another major surgery to remove a lobe in my left lung and all lymph nodes, within a fortnight. Whilst it was a shock, bad news about my health was not new to me by this point. It was something else to beat. I didn’t think I was going to die, I was more worried for everyone else around me.

How did you get yourself in the head space for the treatment? What role did your family play?

I am a resilient man. I had 4 surgeries the year before, including a 15-hour one to get a grapefruit sized tumour out of my pelvis. I knew I was going to be in pain, I know the score when it comes to going into hospital; it’s not something I enjoy but I knew what to expect. My parents attended every pre-op assessment, every consultation and every surgery, they would stay in hotels next to the hospital to make sure they could be there. I was as ready as I could be. I had experienced everything you could imagine prior to this; scans, biopsy’s, local anaesthetics, general anaesthetics, catheters, injections, epidurals, learning to walk again – so there was nothing that would surprise me. I was toughened and hardened to it by this point.

What kind of treatment did you have?

Keyhole surgery initially to remove the cancer, but then a full removal of the lower lobe of my left lung (half, more of less, of the lung). The lung was removed through a cut in my back and the whole lung was deflated – I have scarring across my back. I had respiratory disorders after the op and was spitting up blood and the rest, but the whole thing corrected itself. I also had lymph nodes removed to prevent spread or metastasis in the future.

What role did Cancer Research UK have in this? With their work and support?

After all my treatment I contacted Cancer Research UK offering to share my story, in the hopes of raising awareness and providing comfort to others; we have done numerous bits and pieces together since. It’s really important to have someone to talk to, and by sharing my experience, I hope people will feel less alone.

When did you get some positive results?

It was tough to start with, as life with 1.5 lungs is different. However, I got back into things, and started training and exercising with weights; I lost weight and gained muscle. I was in competitions for fitness in 2016 and 2018, competing in two world finals – one at the O2 arena!

What has been the big learning for you? What positives did you take from the experience?

I learnt that I am a lot stronger than I expected. I went from having a fear of needles during my first procedure, to having 10 blood tests done in one day. I learnt to be resilient, I learnt that the human body is a very hard machine to break down. I learnt to not take my health or life for granted, but that there are some amazing doctors and nurses out there who change lives.

I also learnt how important it is to talk to someone and feel supported. It can be really hard at times and I don’t think I could have got through it on my own. My family really pulled together throughout all of this, and we’re closer than ever.

Chris is supporting Race for Life in partnership with Tesco. Join your local event at raceforlife.org and make a difference in beating cancer.

Why cancer diagnosis needs to be back on...

Christmas meant so much more to us after...