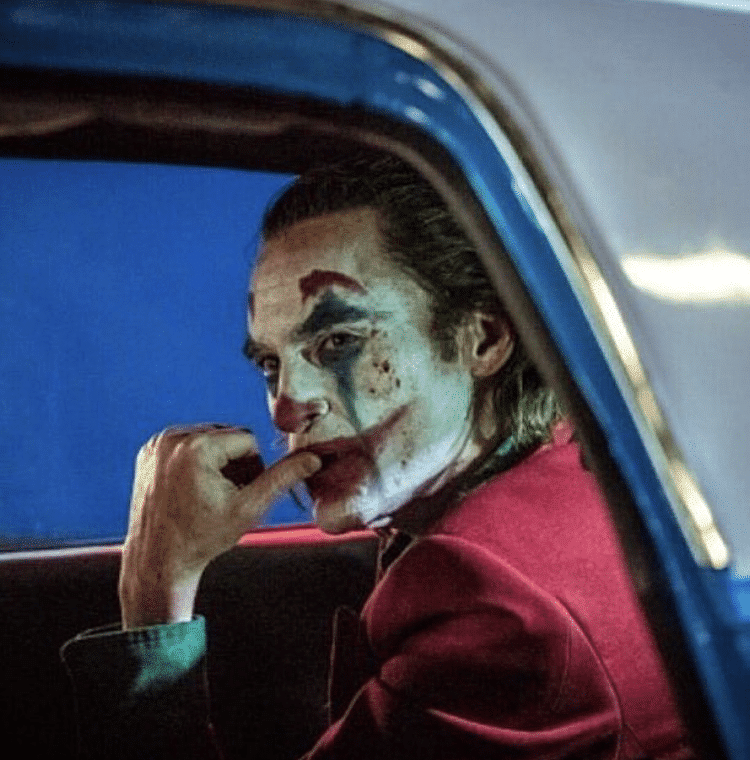 “Joker might as well be a documentary about the UK”

Mike Snelle, from The Connor Brothers, reviews Joker: "If those in power prioritise the wealth of the few over the wellbeing of the many there will be a tragic human cost."

I don’t like superhero movies. Even as a kid I couldn’t stand them. I hate fancy dress. I preferred TV series about elite clandestine military units who were imprisoned for crimes they didn’t commit and who subsequently escaped and went around fighting injustice by making flamethrowers and battering rams out of buckets, old toilet roll holders, and some sellotape. Or lone crusaders for justice who wore cool leather jackets and drove talking cars. Compared to those guys superheroes are lame. Batman’s the worst though. His only superpower is that he’s extremely fucking rich.

My biggest issue with Batman is that his secret identity, Bruce Wayne, is a dick. A billionaire playboy who inherited a property fortune who, as a hobby, dresses up like a bat and drives around in a flash car seeking vengeance against all criminals. He’s not bothered if some laws are unjust, and he’s entirely disinterested in the societal failings that are the root causes of criminality. He’ll beat you up and throw you in jail just for smoking a bit of weed, or an unpaid council tax bill. Here’s another thing; have you ever noticed that all the guests at his extravagant parties at Wayne Mansion are white? Weird, right? He’s a rich white guy who only hangs around with other rich white people and sometimes wears a mask/hood. It’s difficult not to conclude that Bruce Wayne is probably a racist. And hates muslims. He’s definitely a tory. Most likely he believes the poor are all just lazy spongers. He loves Trump and Boris and wants to privatise the NHS and criminalise homelessness. Wayne Enterprises is definitely registered in the Cayman Islands. If Batman’s secret identity is Bruce Wayne, Bruce Wayne’s secret identity is Jacob Rees-Mogg.

And so it was only reluctantly that I agreed to see Joker. My reluctance was misplaced. It’s brilliant, in all sorts of ways. Joaquin Phoenix has taken over the role left by the tragic death of Phillip Seymour Hoffman as the actor most capable of portraying complicated damaged characters, and he’s mesmerising in Joker. Vulnerable and violently unhinged in equal measure. But it’s not Phoenix’s performance that is most striking about the film, it’s the frighteningly accurate depiction of the way those in power treat those who are vulnerable, and the broken and divided society that creates. It might as well be a documentary about the state of the UK after a decade or so of austerity under the Tory government.

‘Gotham’ is a city in which the elite have seen their wealth grow exponentially at the same time as services for the poor and vulnerable have been brutally cut. The resulting society is one that is deeply divided, in which knife crime has exploded, single mums queue at food banks, mental health services are decimated, homelessness is on the rise, suicide is at epidemic proportions, prisons are overcrowded, and civil unrest is only one angry clown away. Familiar right?

The cause of Gotham’s failed society and wealth inequality isn’t explored in Joker, but it’s not hard to imagine that it’s because government borrowing reached unsustainable levels, and to bring down the deficit they were faced with a choice to either raise taxes on corporations and the wealthy, or cut services to the most disadvantaged, and they chose the latter. The Joker’s violent actions against the rich might have been the catalyst for the civil unrest in Gotham, but the cause was the choice of those in power to protect the interests of the wealthy at the cost of poor.

There is a scene in Joker where Arthur Fleck, a mentally disturbed loner on the margins of society, meets with his social worker who tells him that funding has been cut and she will no longer be able to see him. ‘They don’t care about people like you,’ she says, ‘and they don’t care about people like me.’ She might as well have been talking about successive UK tory governments who’ve proven that they don’t care by decimating services to the most vulnerable and cutting the wages of those who provide what remains of those services.

Joker has divided opinion as few other films have, and the criticisms have been varied. Do we really need another film empathising with a violent loner white male, and will the character serve as a hero to those who relate to him? Is the depiction of someone mentally ill as violent likely to reinforce inaccurate and unhelpful stereotypes (the mentally ill are far more likely to be the victims of violence than the perpetrators)? Is the seeming justification of violence against the rich dangerous? In the US police were stationed outside cinemas for fear that the film would incite civil unrest. Clown masks were banned from screenings. It was labelled by authorities as ‘irresponsible’.

Joker is anything but irresponsible. It’s a brave and much needed piece of social commentary, and holds up a mirror to our society, letting us see the truth behind the headlines that dominate the news today. Phoenix’s character is a victim of the system and becomes the perpetrator of violence, and, as uncomfortable as this is, it’s happening with increasing frequency in real life. Rather than complain about the frightening increase in knife crime and wonder what’s wrong with kids today, or sigh at the increase in people inexplicably choosing to take their own lives, or feel bemused and saddened by the the number of homeless people we step over every day, I’d recommend watching Joker. It provides us with a clear explanation of the common cause of these varied social ills – if those in power prioritise the wealth of the few over the wellbeing of the many there will be a tragic human cost, and it will manifest in multiple ways.

Joker also predicts the future – that in one way or another, violently or otherwise, the dispossessed will eventually unite and fight back.