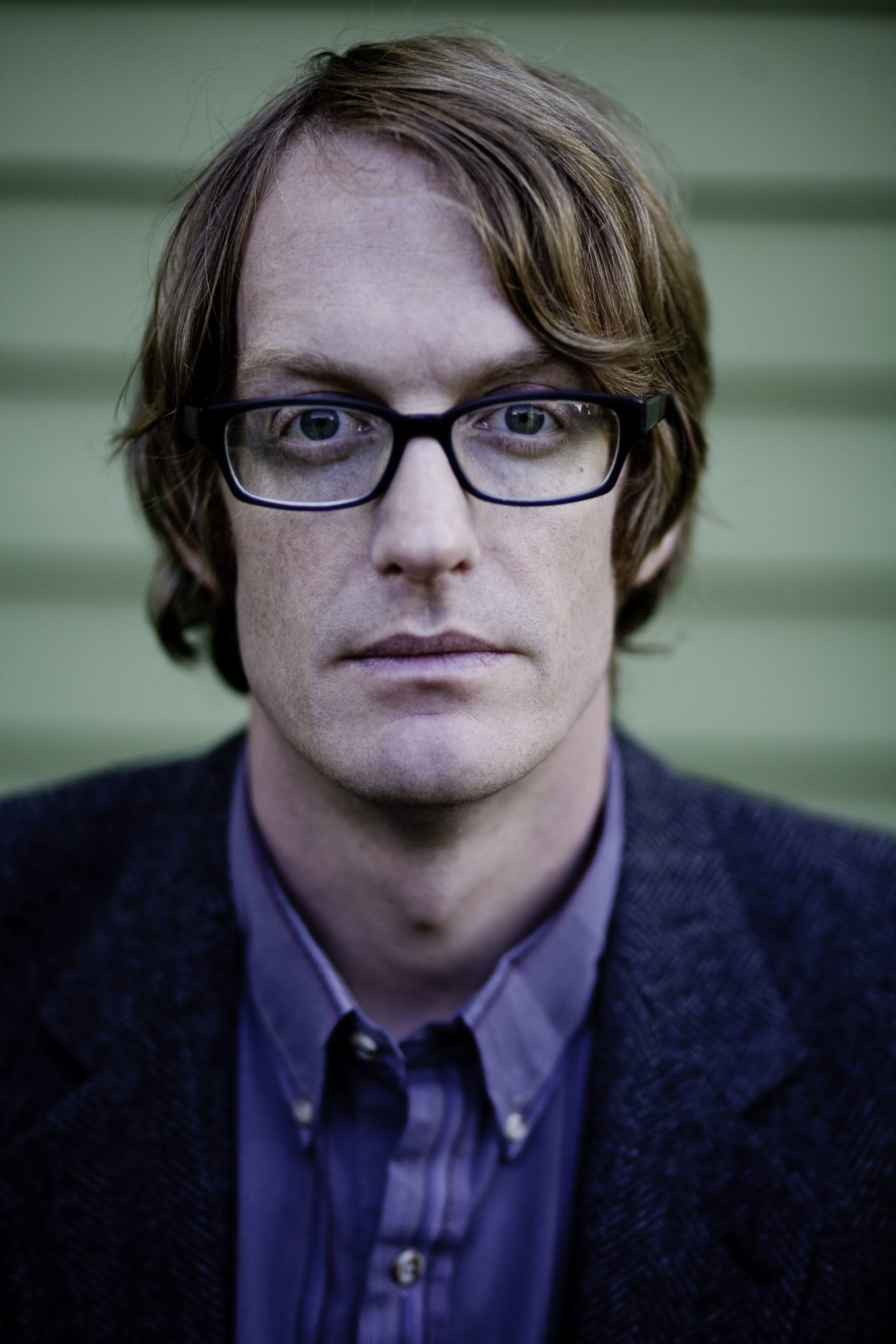 An interview with Patrick DeWitt, author of The Sisters Brothers

As The Sisters Brothers film arrives, here's the author of the book it was based on, Patrick DeWitt, to tell us about the film and his new book 'French Exit' - and why he was a terrible barman.

Patrick DeWitt is a Canadian author who is best known for The Sisters Brothers, his slapstick, super-smart  reinvention of the Western, which has been turned into a new film starring John C Reilly and Joaquin Phoenix as the two inept assassin brothers. When the film’s out in the autumn it will surely be the moment when DeWitt breaks big everywhere. The former barman – he wrote the beginnings of his debut novel, ‘Ablutions’, on Post-it notes while working, before one day passing over a manuscript to a screenwriter customer, who knew an agent, and there you go – has just released an inspired new satire, French Exit, about a high-society mother and son in New York who fall on hard times and flee to Paris. It’s funny, and moving and odd, with DeWitt’s surreal prose wrapping it’s way around your mind so tightly that the constant endorphin rush means you never want it to leave.

Hi Patrick, please tell us about French Exit – why did you want to write about high society and what experience do you have of that world?

Well, I do own a tuxedo, but I’ve only worn it twice. I’m very much an outsider to that world, which at least partly accounts for my wanting to write about it, I suppose. It’s fun to sit on the periphery and wonder about a world you’re unfamiliar with.

The characters journey to Paris – are you a fan of the city? Did you try the kind of holy literary pilgrimage so many authors have made?

I am a fan, yes. I’m embarrassed by the holy pilgrimage aspect of it, though. I first went to Paris expecting to find it ruined – a common sentiment. But from the first moments I felt perfectly calm. I’m an anxious traveler and this is not the norm, and I don’t know how to explain it but the feeling has persisted. Whenever I go back I feel happy and contented. Someday I would like to live there.

It seems they can go one of two ways: the child moves away and establishes a life independent to his parents, and their relationship does not evolve, but remains stuck in amber. The other option is for the child to continue the relationship with the parents, and for that relationship to mutate and deepen. In some examples, a friendship can occur. This, the less common scenario, is the setting for the relationship of Malcolm and Frances Price.

Did you enjoy The Sisters Brothers film? The actual movie and the experience of dealing with Hollywood?

I did enjoy the film. My involvement was minimal, so there was very little to deal with. Every few months I’d receive a phone call and would learn about all that had transpired since the previous phone call. This went on for some years. I learned that making a sizeable film is just about impossible, and I came away from the experience hugely impressed with all the men and women involved with the project, but also pleased with the relative simplicity of fiction writing.

What do you do to get yourself into the mindset of writing?

At the beginning of a project there’s definitely a sense of having to force myself to jump into the pool each morning. But once I’m living in the world of the book there’s no process of achieving the writing mindset because I’m there all the time.

What is the most difficult thing about writing a novel?

In the first years of my writing career I, in the spirit of good sportsmanship, attempted to answer Impossible Questions such as this. But as time has passed I’ve learned that it’s wisest and best to occasionally admit defeat and call Uncle. Uncle!

Do you plan out your characters or let them develop as you go?

I’m not much for planning in my work or my life. I never make shopping lists, for example, but walk up and down each aisle and wonder at the vulgarity of it all. The problem with this is that I live in a state of constant disgust; also, I keep forgetting to buy paper towels.

I feel such a love and admiration for Jesse Ball, but then sometimes, when he really nails, I think: All right, you bastard. The worst part about it is that he writes his books in days, rather than years. It’s not that I wish I could do this so much as my simply not understanding how such excellence can be born fully formed.

When you write a funny line do you laugh?

No, it’s not like that. If you visit a confetti factory, the workers are dour, serious. The construction of humorous fiction is taxing and bad for the bones.

How good a barman were you?

I was quick to dispense drinks for free, so in that sense I was an excellent barman. But regarding the craft aspects of the job, I can say that I was a very poor, even a terrible barman. I could never remember even the simplest drink recipes.

“Over the course of the consumption of the cake, Joan became emotional, and the moment she finished she hurried from the cafeteria, fearful she might cry from the fact of Frances’s kindness, and she did cry, in the forest by the lake where a loon came in for a wake-making landing on the polished silver water.” Or perhaps the line where Malcolm is about to have sex, and as he’s taking off his socks he says, “I won’t be needing these!” 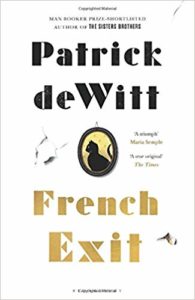 A "tragedy of manners" about an Upper East Side society woman who lives with her adult son, and a cat which is possessed by the spirit of her dead husband. Falling on hard times, they escape to Paris where the self-destruction can really begin. Brilliant new novel by the author of The Sisters Brothers.