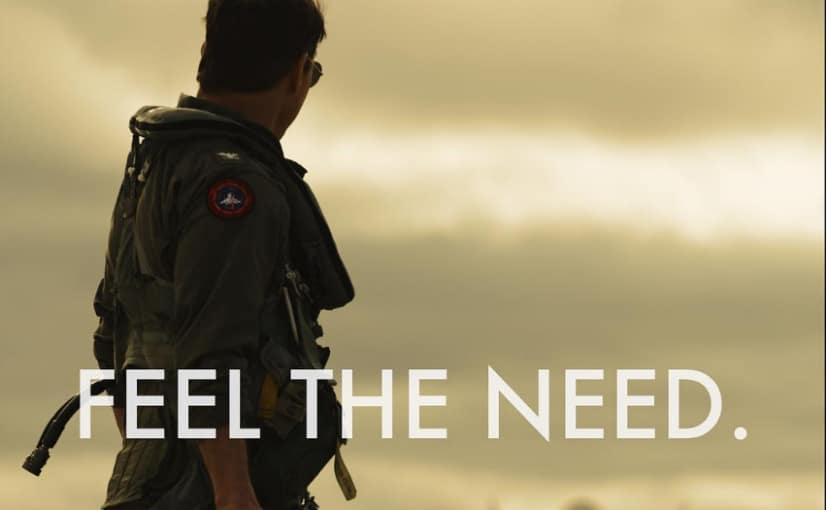 The list of Top Gun: Maverick characters is genius. A casting breakdown of the film has leaked, giving a glimpse of some amazingly 80s role descriptions.

The Top Gun sequel, the Joseph Kosinski-directed Top Gun: Maverick, is looking better with each passing day. Not only is Val ‘Iceman’ Kilmer joining Tom ‘Maverick’ Cruise in the film, they’re being joined by Miles Teller, Jennifer Connolly, Jon Hamm and Ed Harris. And now, NOW people, The Hollywood Reporter have got their mitts on a casting breakdown of the supporting characters in the film. In the original we had cult heroes like Slider and Cowboy and Goose of course…well, now, take a look at this pretty lot, each of whom has a description of the character traits which are straight out of the 80s action film handbook: 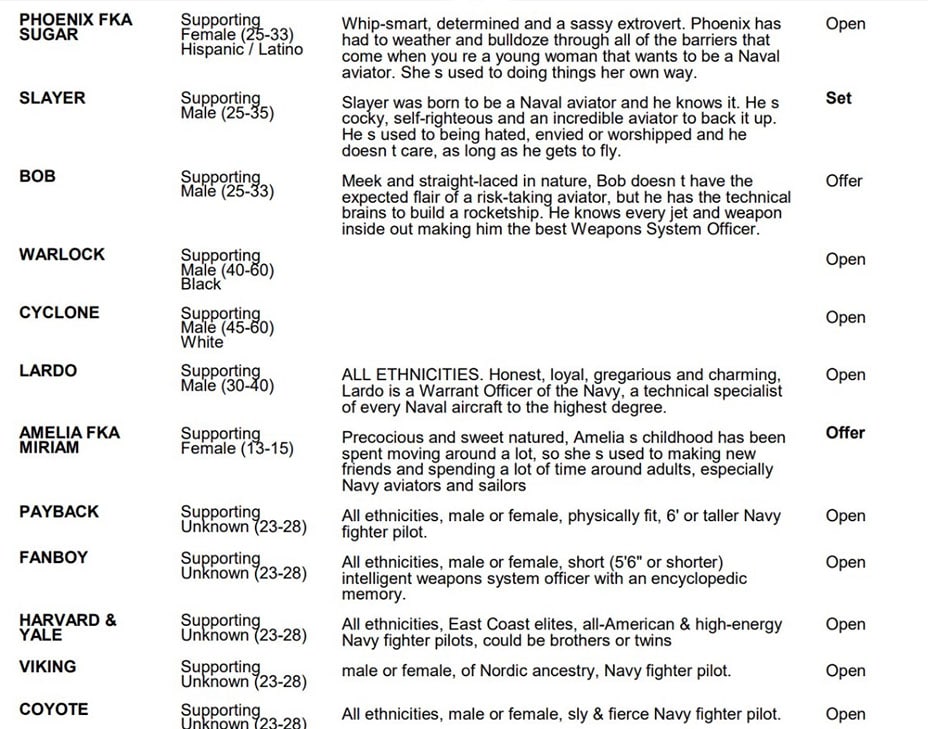 It’s incredible, if we laugh much harder our septum is going to fly off.

PAYBACK! “Intelligent weapons system officer with an encyclopedic memory.” We can picture them now, in their glasses, hunched over some damn book, while Maverick does the real work in the sky. But then, at a crucial moment the damn pencil pusher will come up with the one piece of information that can turn the final battle back in the US Navy’s favour.

SLAYER! “He’s cocky, self-righteous and an incredible aviator to back it up.” Sure that just sound like a re-write of Iceman, but what a name. Slayer. Slayer. “Hey, Slayer, fuck you-” “No, fuck you, Mave-”

LARDO! “Honest, loyal, gregarious and charming…a technical specialist of every Naval aircraft to the highest degree.” Note the over-compensating serious tone of this one – because they’ve called him Lardo, so it’s going to be a fat guy. Oh me oh my, this is like time travelling back to the 80s when every poor large kid in school was forced to the Truffle Shuffle at playtime.

PHOENIX FKA SUGAR! “Whip-smart, determined, and a sassy extrovert.” Pretty sure you can’t call women ‘sassy’ these days, but hell the whole production seems so stuck in the past, what you gonna do? It’s like, this is every fanboy’s dream come true, they’re actually acting like no time has passed since 1985 and now. They’ve even got a character called FANBOY, for pity’s sake.

Christ, when’s this film out?July 2019 – Christ, every second until then is going to be like crawling over broken glass. We need this film in our lives. Everyone hold their breath to make them release it sooner. On three…one…two…three…