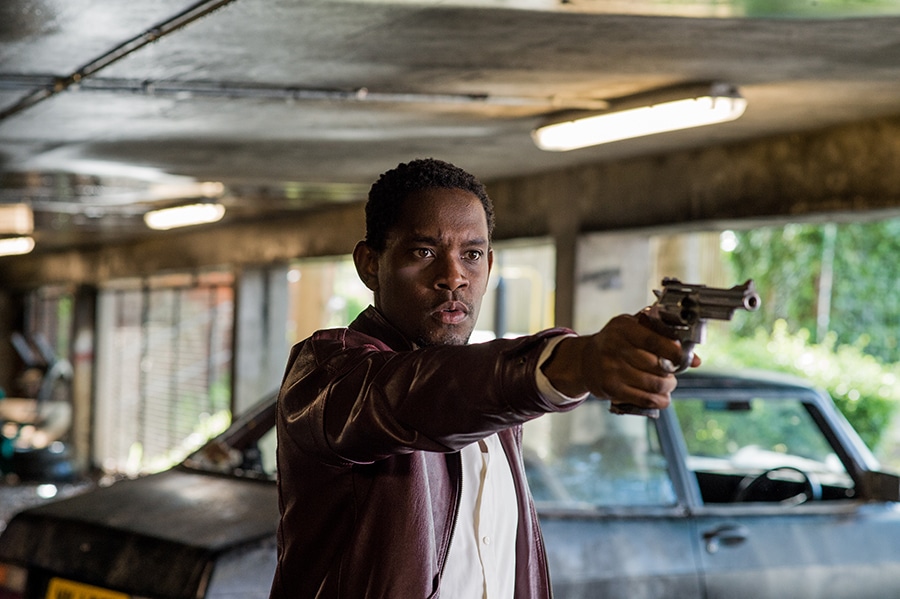 Idris Elba's directorial debut is a profound take on the gangster film. In this Yardie review, we argue it's a relief from the usual Tarantino aping.

Does a film adaptation have a duty to be faithful to the novel that spawned it? Would you rather reverence for the book or for the film-makers to make it their own? Would you rather see The Da Vinci Code, or The Godfather? With regards to ‘Yardie’ there has been a lot of tutting about the film not being particularly faithful to Victor Headley’s cult 1992 book, particularly in the lack of violence. That’s not to say the film isn’t violent, it is, but not to the extremes depicted on the page.

Now, of course, this was a choice by Idris Elba, who has decided rather than to mindlessly spew blood around the screen he’d instead look deeper into the flashes of violence that there are. Into the effects of a murder, not just on the victim and the family, but also on the murderer himself. 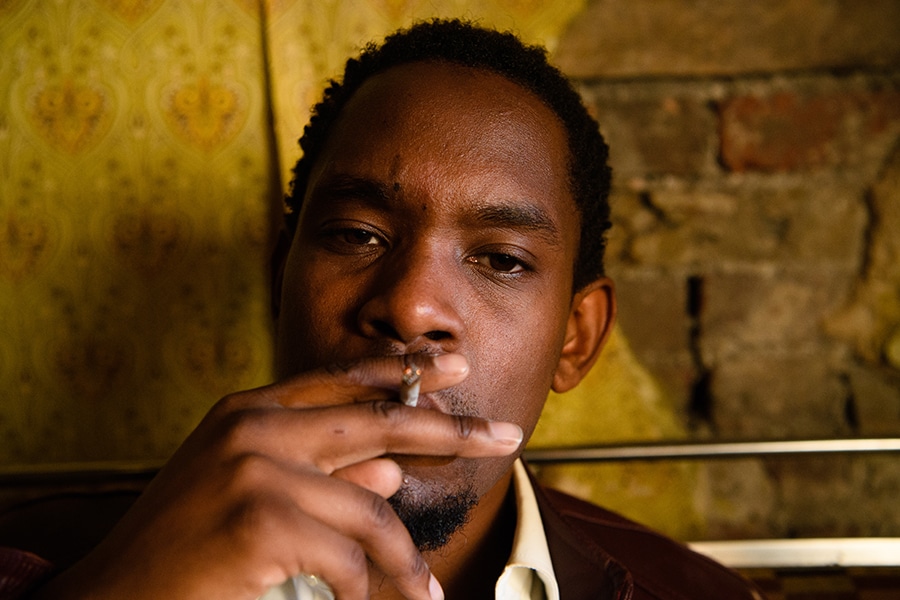 This may not meet people’s expectations, but it’s certainly a refreshing approach to take in a mainstream British cinema scene that’s still in love with early Tarantino. Post-Pulp Fiction, every white male British film-maker in the 90s suddenly was in thrall to sardonic pop culture-spouting characters, ‘kinetic’ camerawork, ‘smart’ self-referentiality, a rock n roll soundtrack, and violence played for laughs. The weird thing is, it’s never really gone away. Witness the Matthew Vaughn’s Kingsman films doing Tarantino doing James Bond and Edgar Wright’s Baby Driver doing Tarantino doing a heist movie, both of which throw everything at the screen and the soundtrack in a knowingly cartoony manner, yet which remain curiously empty spectacles which disappear from the memory as soon as the popcorn finishes. 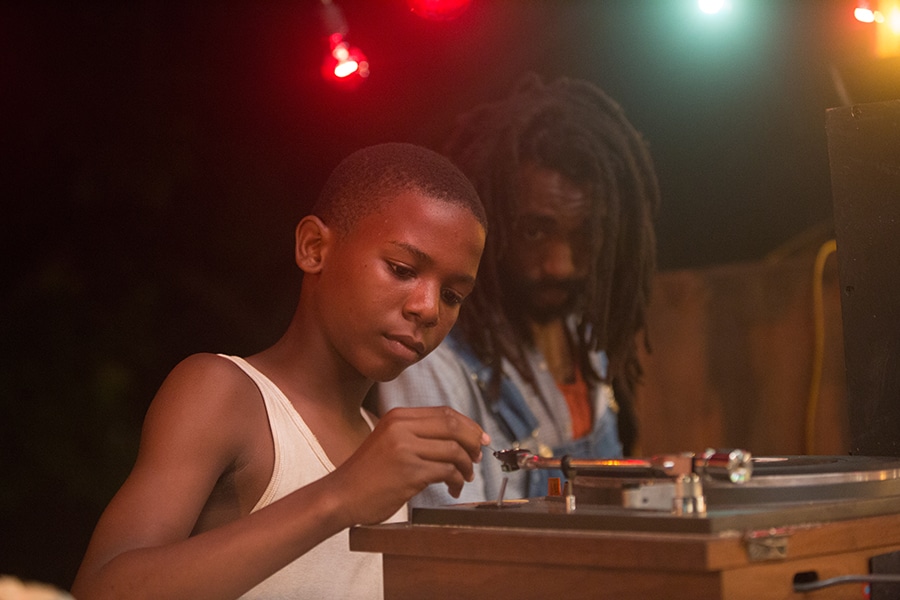 Fair play to Elba then, for trying to do something more considered which walks to its own rhythm. This is a story of heritage and love and life, and how to handle trauma. The first part of the film is set in Jamaica amidst local gang warfare, where a boy called Dennis witnesses the murder of his DJ brother at the hands of another kid no older than him. We then skip forward to meet the adult ‘D’, played by the seriously impressive Aml Ameen, who’s working for local boss King Fox (Sheldon Shepherd). Fox is a record producer but also a drug baron, and instructs D to deliver a package to his London contact, Rico (Stephen Graham).  Naturally D and Rico don’t exactly get on, so D splits with the gear to set up business on his own, while he re-connects with his wife Yvonne (Shantol Jackson) who had fled to London with their daughter. 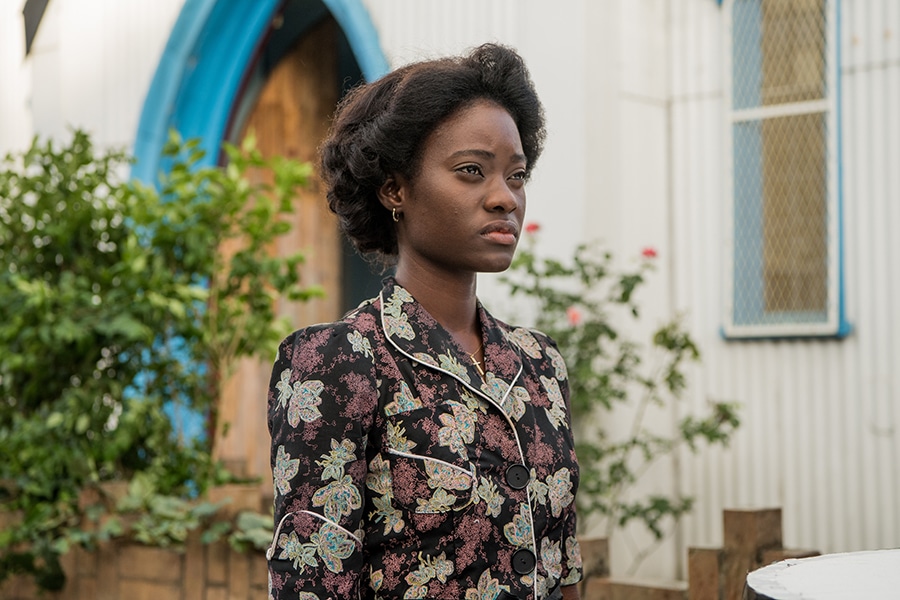 As the story progresses we aren’t given a typical Scarface-style rise and fall story. Instead, D remains a man conflicted by his behaviour, and literally haunted by his past. Elba’s makes sure D’s brother remains with him throughout his experience, a ghostly presence walking into shots, or staying at the periphery of his vision. A constant reminder of the vow he took to find his killer, and avenge him, so it seems, but it’s also an expression of the trauma he faced. It’s not that his brother is asking him to murder for him (like Hamlet’s father), it’s that D can’t let his dead brother go, and doesn’t want to. No matter how much money he earns, it will never replace the loss of his brother.

And when he does find the now grown-up killer, well, no spoilers, but let’s just say revenge isn’t all it’s cracked up to be, either. We are asked to consider what effect having murdered someone as a child, might have on you.

This is not a violent film per se, it’s a film about violence and its devastating effects. When people are shot in this film, they don’t disappear off screen while the heroes move on, they remain on the ground, in agony, and are cradled by people in tears. 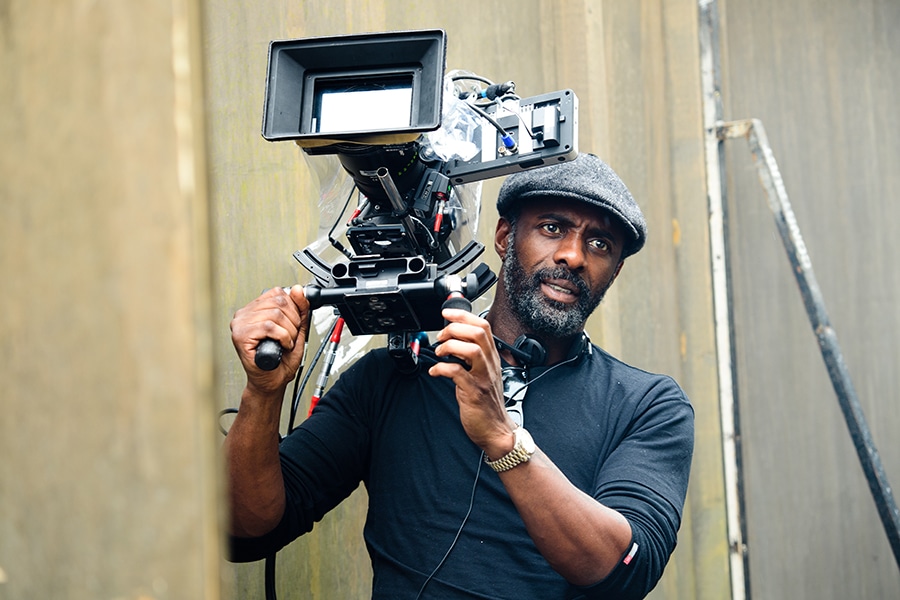 It seems many reviewers’ response to the film has to give patronising assessments of what they assume Elba didn’t do correctly – mostly that it wasn’t as dazzling as it should have been. In fact, Elba’s choice to make a more sombre film, as heavy and insistent as its reggae soundtrack, was actually perfect for the subject matter – in Elba’s Yardie, gangster life isn’t just a lark. As such, this is less Tarantino-esque, and closer to the elegiac Sam Peckinpah, with its themes of doomed men compelled to a destiny they don’t want.

Leave your expectations at the door and go see some British cinema with a heart.

Yardie is in cinemas now.