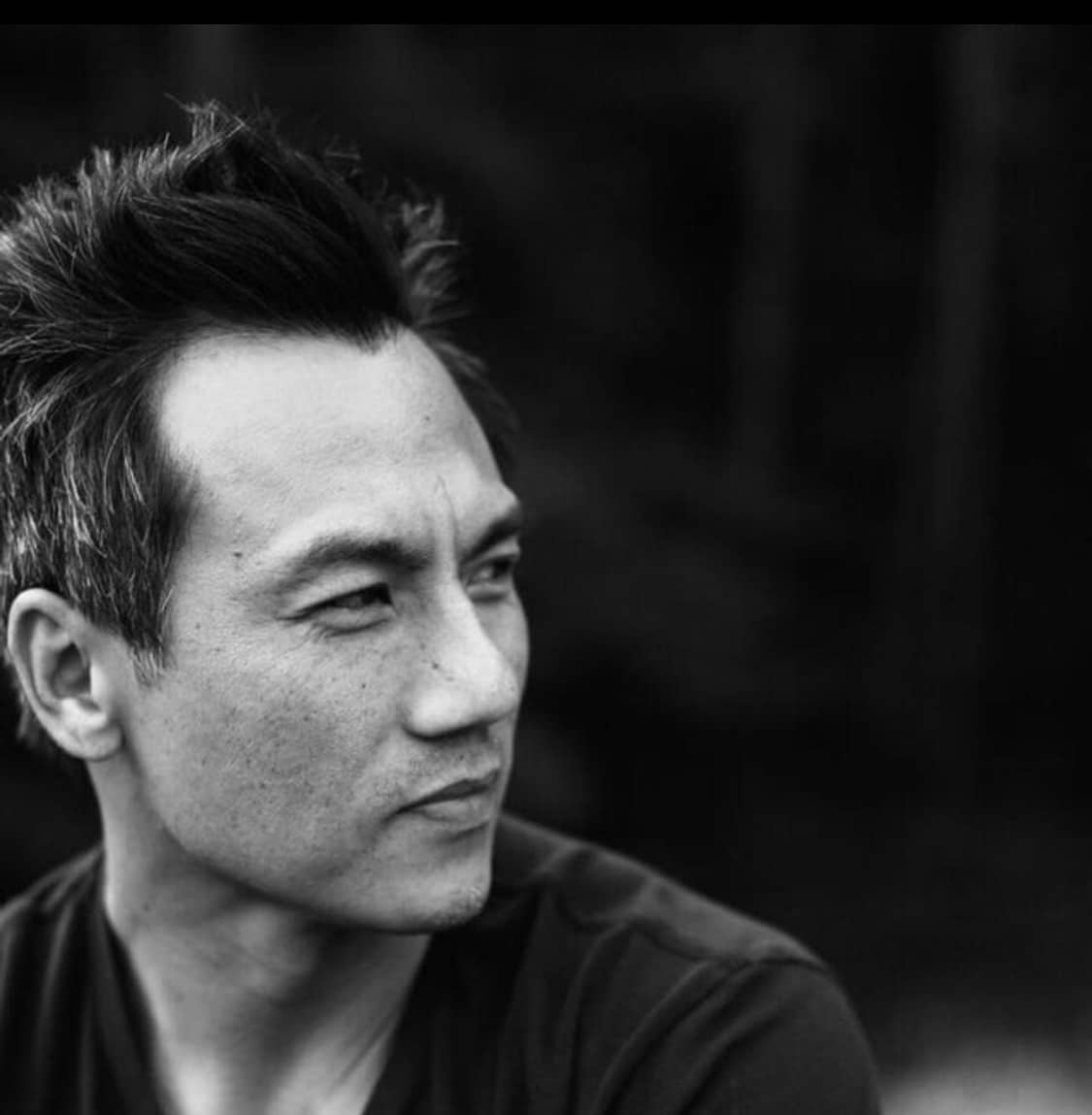 How Not To Be A Toxic Douchebag

Let's be honest, we've all dipped our toe into douchebaggery. But as this former 'miserable f*ck' writes, some brutal self-analysis is required if we are to transform ourselves from boy-men into men-men.

John Kim blogs as The Angry Therapist and his new book is called ‘I USED TO BE A MISERABLE F*CK: An Everyman’s Guide to a Meaningful Life’. Safe to say it’s not your usual nauseating self-help pap.

After the LA-based former restaurant owner went through a messy divorce he did some soul searching and attempted to reconcile that he may have been to blame because of his aforementioned miserable fuckery. He started a reinvention, set in motion by self-reflection and self-scrutiny, using a brutal critical eye to examine his masculine behaviours and start taking responsibility for his life. As he puts it, “I started by looking inward. I started to observe the way I thought and behaved, and why. I examined my cognitive distortions, false beliefs, and flawed wiring. I took responsibility for my actions. I learned how they impact not only others but also my path. I became aware of my state and how that rippled through my everyday quality of life and productivity. I learned about love and the importance of self-love. I discovered the power of vulnerability. I learned about forgiveness. I learned about my feminine and masculine energy. All this changed me, my relationships, and, of course, my life. Simply put, I became a man.”

With that in mind here is an exclusive extract from a chapter in the book called ‘Don’t Be a Double Douche’:

Okay, the truth is that every man was or will be a douche at some point in his life.
Here are some examples of douche behaviour:

Purchasing a bright yellow Ferrari because you can, not because you’re a car enthusiast but because you like making a big scene wherever you roll up. Being a dick to the elderly or children. Checking yourself in every reflection. Offensive tattoos meant for attention. Super-crunchy hair. Not controlling your alcohol intake. Groping women. Starting fights with men because you know some form of martial arts. Fake bake. Teeth that glow in the dark. Sporting sun- glasses indoors. Controlling your partner. Being the loudest voice in the room, on purpose. Flavoured condoms. Animal cruelty. Pulling in front of the car that cut you off and slamming on your brakes. Not tipping. Tossing your keys at the valet guy instead of just handing them to him. Way too much cologne. Demanding to speak to the restaurant manager in front of your company. V-necks that meet at your belly button. Refusing to turn down your car stereo while people are trying to have a conversation. Being creepy. Riding motorcycles that set off car alarms. Bullying. Cursing and using graphic sexual language in front of women. Over-tipping to impress others. Ghosting. Asking people you don’t know well how much money they make. Telling people you don’t know how much money you make. Screaming like you’re giving birth while you’re working out. Walking across the street when everyone else is waiting for the Walk light except you. Road rage. Driving recklessly. Going halves on the check on the first date when you asked him or her out. Talking over people. Being an asshole to your parents. Belching in public. Putting people down. Talking shit about others. Name-dropping. Asking your partner about her sexual history because you’re “just curious”, then judging her for it. Treating your employees like shit. Using your job position to sexually harass.

Those are just a few examples, and I’m 100 percent positive I’ve got punched holes on my douche card.

Although it may feel empowering, this behaviour does nothing but announce our insecurity. And everyone knows it. They talk about us. Word spreads. When I play back my life, my douchery was the most prevalent when I felt the most insecure. Being a douche is like turning on a black light that exposes your insecurities. For me, it was my club daze (. . . exactly). My family-owned restaurant bar in Holly- wood. I partnered with a club promoter to turn it into a scenic supper club for the rich and famous. It lasted only about a year, but it was one crazy year. Back in 2001, when hip-hop was at its peak and the club scene in Hollywood was bubbling, Paris Hilton, Fred Durst, and a bunch of other celebrities used our little family business as the quad. Being surrounded by shiny people and things tugged on every insecurity I had. I felt I was a part of the “cool kids”, but I didn’t feel like I belonged. I wasn’t rich or famous. I was the kid from the other side of the tracks. And in order to fit in, I had to prove that I did. I would ignore people yelling my name at the door. I would walk like I mattered, even though I didn’t believe I did. I would comp six- hundred-dollar dinners in exchange for approval. I would purposely sit at tables draped with “beautiful” people even though I didn’t know any of them personally. I would posture every night, and it was fucking exhausting. I wasn’t building character. I was creating a caricature.

‘The drug dealer, the ducking and diving political leader, the wife beater, the chronically “crabby” boss, the “hot shot” junior executive, the unfaithful husband, the company “yes man,” the indifferent graduate school adviser, the “holier than thou” minister, the gang member, the father who can never find the time to attend his daughter’s school pro- grams, the coach who ridicules his star athletes, the therapist who unconsciously attacks his clients’ “shining” and seeks a kind of grey normalcy for them, the yuppie—all these men have something in common. They are all boys pretending to be men. They got that way honestly, because nobody showed them what a mature man is like. . . . We are continually mistaking this man’s controlling, threatening, hostile behaviours for strength. In reality, he is showing an underlying extreme vulnerability and weakness, the vulnerability of the wounded boy.

The devastating fact is that most men are fixated at an immature level of development. These early developmental levels are governed by the inner blueprints appropriate to boyhood. When they are allowed to rule what should be adulthood, when the archetypes of boyhood are not built upon and transcended by the Ego’s appropriate accessing of the archetypes of mature masculinity, they cause us to act out of our hidden (to us, but seldom to others) boyishness.’

So how do you stop being a douche? Is it as simple as selling that yellow Ferrari?

Top Three Shots for Getting out of Douche Territory:

We posture because we want to prove something. What we have. Who we know. How rich, smart, and jacked we are. The intention/ action of trying to announce it to the world is what makes us come off as a douche. We are tap-dancing and saying, “Look at me be- cause I’m better than you.” And that’s what makes us come off as a douche: the message that we are better. Truly confident people don’t need to prove anything. They focus on giving their value instead of announcing it.

Also, it’s a shit ton of wasted energy. If you’re always trying to prove something, you are not being your true self. Like love and hate, you can’t do both at the same time. So if you’re in proving mode, you are not in your authentic-self mode, which means you are manoeuvring at a lower potential. You are not all that you can be.

What if you didn’t feel the need to prove anything? What would that look like in your everyday life? How would that change your dialogue, behaviour, attitude, and energy?

When we believe we know something is when we stop learning. Deciding to be a student instantly takes us off the stage and into the classroom of life. This is where humility lives. But, more importantly, growth as well. Of course you know things. You may be an expert in your field. But if you approach everything as if you’re learning it for the first time, you will be more open, curious, and likable. Judgment and ego shrink, you go from narrow to wide, and learning and be- coming a better version of you become natural and effortless.

It doesn’t matter if you’re the CEO of a Fortune 500 company, a teacher, a coach, a film director. The best leaders are teachers, and teachers see themselves as students. So what would it look like to approach your day as a student? At work. With your craft. With love. How would that change your dialogue, behaviour, attitude, and energy?

When we call attention to ourselves, we are not giving. We are taking. We are seeking approval and validation. We want something from others. True giving means sharing you and your gifts without wanting anything back. This is when you are the most powerful.

Many times, we think we’re giving when we’re actually taking. For example, making a grand gesture by picking up the check and announcing “I got it” in front of the entire table is very different from discreetly paying without anyone knowing. You may think you’re giving, but you’re actually taking.

If you have nothing to prove, you’re a student of life, and you keep your dial on Give, you don’t have to sell your Ferrari. 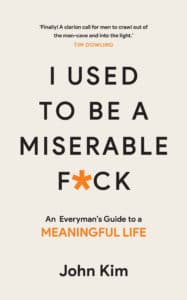 I Used To Be A Miserable F*ck

Subtitled 'An Everyman's Guide to a Meaningful Life', this is John Kim's guide to self-analysis, reinvention and not being a toxic kind of guy.

Sign up to our daily newsletters for more information on not being a massive douchebag.