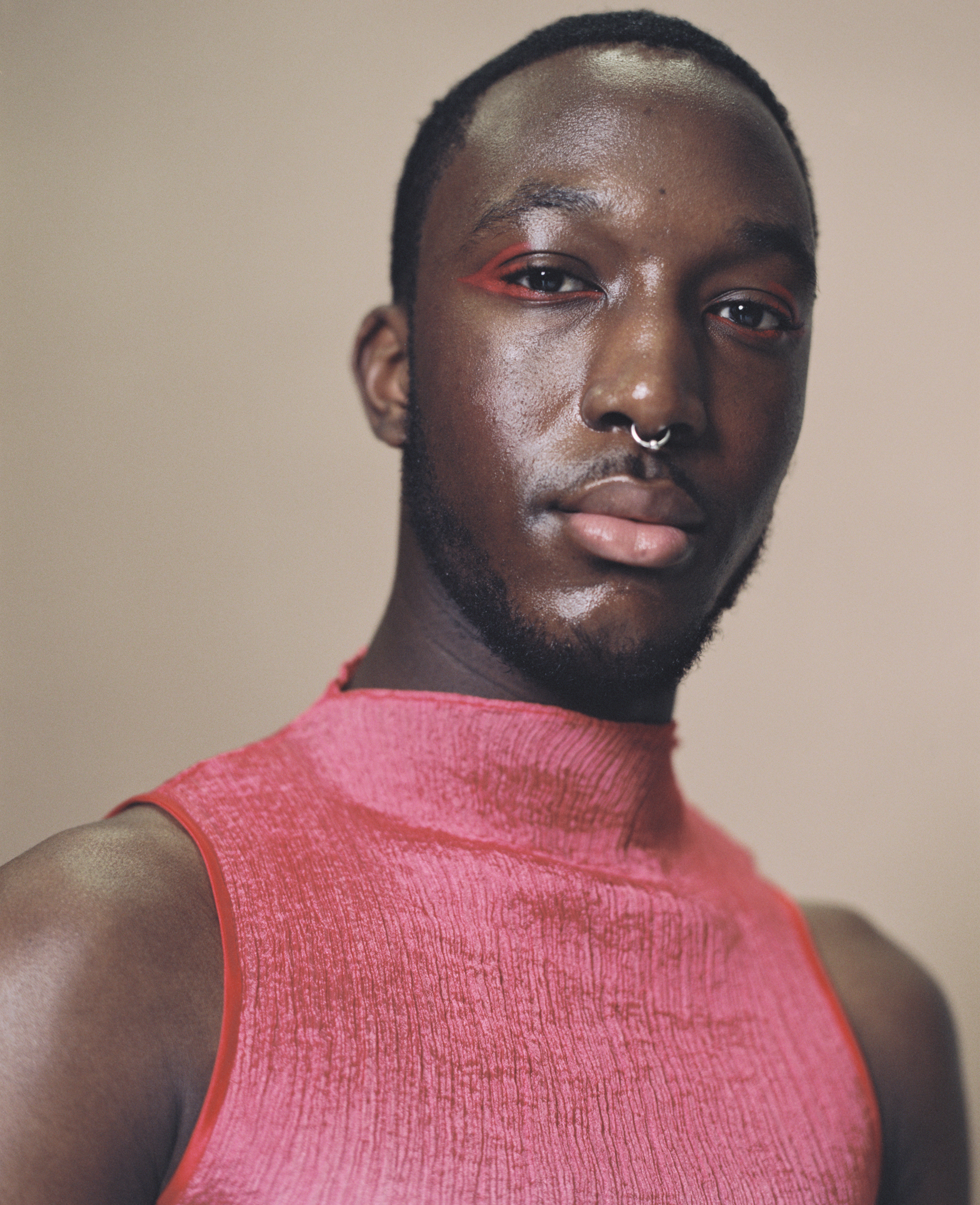 The Changing Image Of Men

Depictions of men are changing dramatically, according to an analysis of new trends by photography agency Getty Images. It seems that the word is beginning to spread: a new masculinity is upon us.

One of the key challenges in breaking down old school clichés about masculinity which put pressure on men today is to alter how men are portrayed in the media – how we see ourselves. Finally, it seems the images of modern men are changing.

A recent evaluation by photography site Getty Images of the search terms image creators and publishers are using when buying pictures from them revealed some intriguing trends. Getty’s Creative in Focus report termed one trend ‘Masculinity Undone’, as images of men were shifting dramatically to include a much broader view of their place in the world, and also their anxieties. Search terms on the rise last year included ‘Man pain’, ‘Man reflection’, ‘Man meditation’, ‘Man alone’ and ‘Man hugging man.’

To find out more we spoke to Guy Merrill, Global Head of Art at Getty, to discuss how this trend shows the changing expectations around masculinity, and why this is a good thing.

How have depictions of men changed over the last few years? What used to be popular vs now?

In 2007, just over a decade ago – which doesn’t feel like very long – the top-selling images associated with men were pretty one-dimensional. There were lots of head-and-shoulders portraits of businessmen looking authoritative, with their arms crossed. People simply don’t believe in that as a representative of men today.

Back then, men were typically shown as the ‘boss’—powerful people living very success-driven lives. If they weren’t the boss, they were doing hard, physical work. Their spare time was depicted as dominated by sport, whether playing, watching or coaching. As parents, they were always in their work clothes—involved, to an extent, but usually wrestling with the kids with the mother an observer.

Jump forward five years, to 2013, and men begin to become shown as more thoughtful business executives—not so many crossed arms, but wider portraits showing an awareness of surroundings. More relaxed; confident but approachable. We had begun to reach a broader portrayal of masculinity, but it’s only been in the last year or two that we’ve seen widespread, dramatic change.

Today, images of men show them as collaborative at work—in teams, not only as the leader, and often working for women or in meetings led by women. They’re problem-solvers, getting more stuck in, and are less isolated in their work. At home, they have more flexibility—they might be a stay-at-home dad or work part-time so they can be more involved as a parent.

They help with homework, cooking and bedtime stories—they also do the grocery shopping, which we know has always been a reality but for some reason has always been portrayed as a woman’s responsibility.

These changes start to tell a story for us, and are supported by our search data—‘man multi-tasking’ queries were up 183%, while ‘man ironing’ was up 114%.

One of the biggest increases – not specifically about men but significant and an important part of this story – was for ‘mental health awareness’ (up 258%).

It’s quite unbelievable to look back at how much things have changed. The work isn’t over, but to be where we are today – driven by our partnerships with the likes of Lean In and The CALM Photography Movement – compared with a decade ago has been an incredible change. 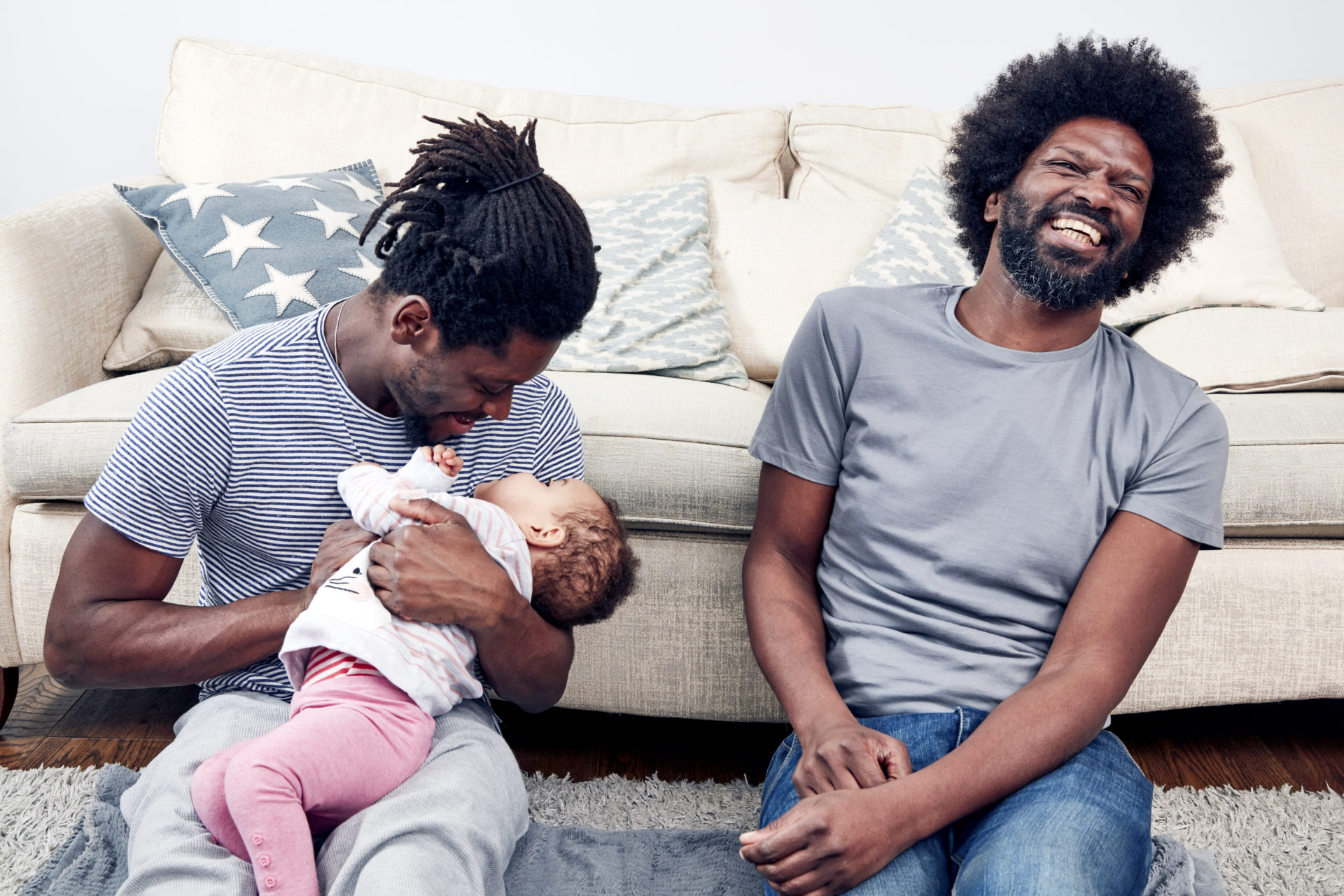 Does it show that masculinity is shifting in the real world?

I don’t think you can overstate how powerful and damaging the very restrictive traditional images of masculinity have been—it’s so ingrained in culture that people don’t even think about it. When you force them to look at things differently, they understand what a huge problem it is.

It’s about shifting structures and stereotypes. We have spent a long time talking about the depiction of women – all of which is super important and absolutely needs to continue – but side-by-side we also need to have the same conversations about men. The representation of women was rightly addressed first, but we can’t continue to focus on only one side of the equation.

When I talk to clients and discuss media stereotypes, it’s clear that men are almost always portrayed in the same way—the tough guy, the rebel, or the alpha male. In ads for anything from beer to beauty products, it’s always the same. It’s the reason athletes sign so many sponsorship deals—they’re so talented, ambitious, in good shape and at the top of their game. They are held up as the thing all men should aspire to be.

Otherwise, men are the strong, silent type—the guy you see in car ads, who drives out to the desert and doesn’t need anyone but himself.

At the other end of the spectrum we have the buffoon; the ‘Homer Simpson’ character. A chubby, incompetent, pathetic mess who can’t do anything right. Effectively, there’s a message we have heard loud and clear for decades: if you’re not He-Man, you’re Homer.

Warning: Use of undefined constant id - assumed 'id' (this will throw an Error in a future version of PHP) in /home/forge/thebookofman.com/wp-content/themes/the-book-of-man/template-parts/components/article/image-block/modules/gallery.php on line 10

Warning: Use of undefined constant id - assumed 'id' (this will throw an Error in a future version of PHP) in /home/forge/thebookofman.com/wp-content/themes/the-book-of-man/template-parts/components/article/image-block/modules/gallery.php on line 15

Warning: Use of undefined constant id - assumed 'id' (this will throw an Error in a future version of PHP) in /home/forge/thebookofman.com/wp-content/themes/the-book-of-man/template-parts/components/article/image-block/modules/gallery.php on line 20 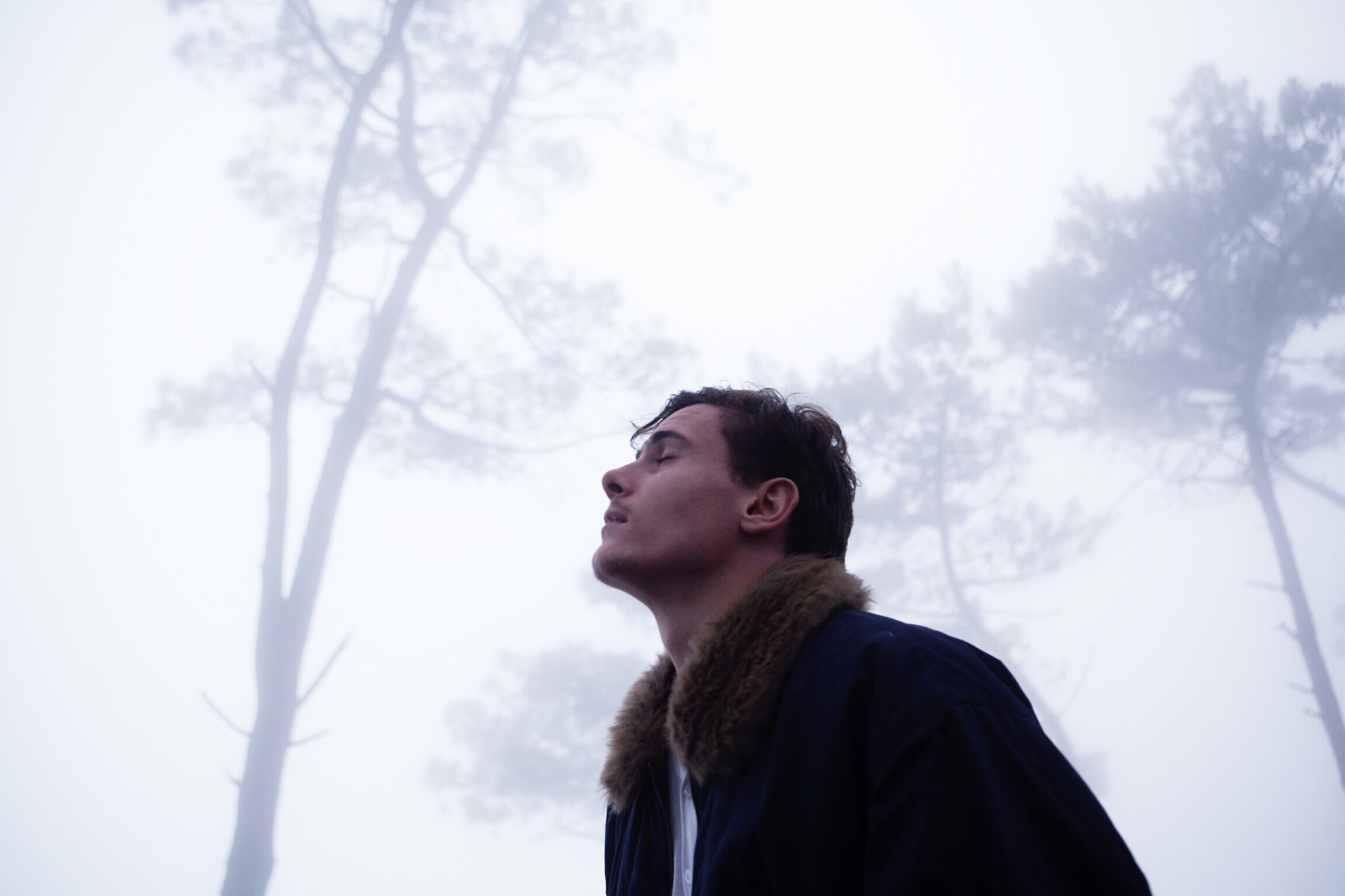 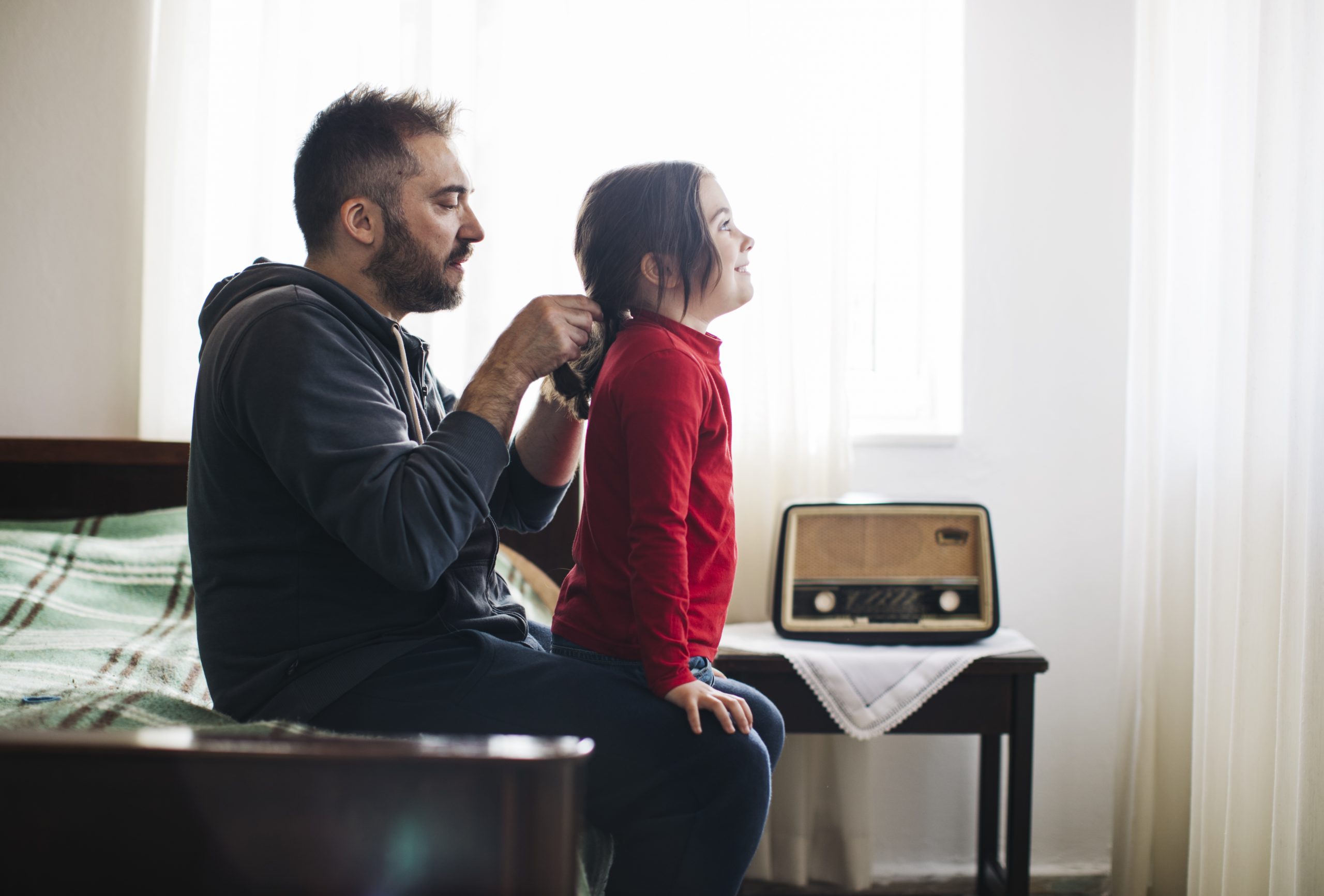 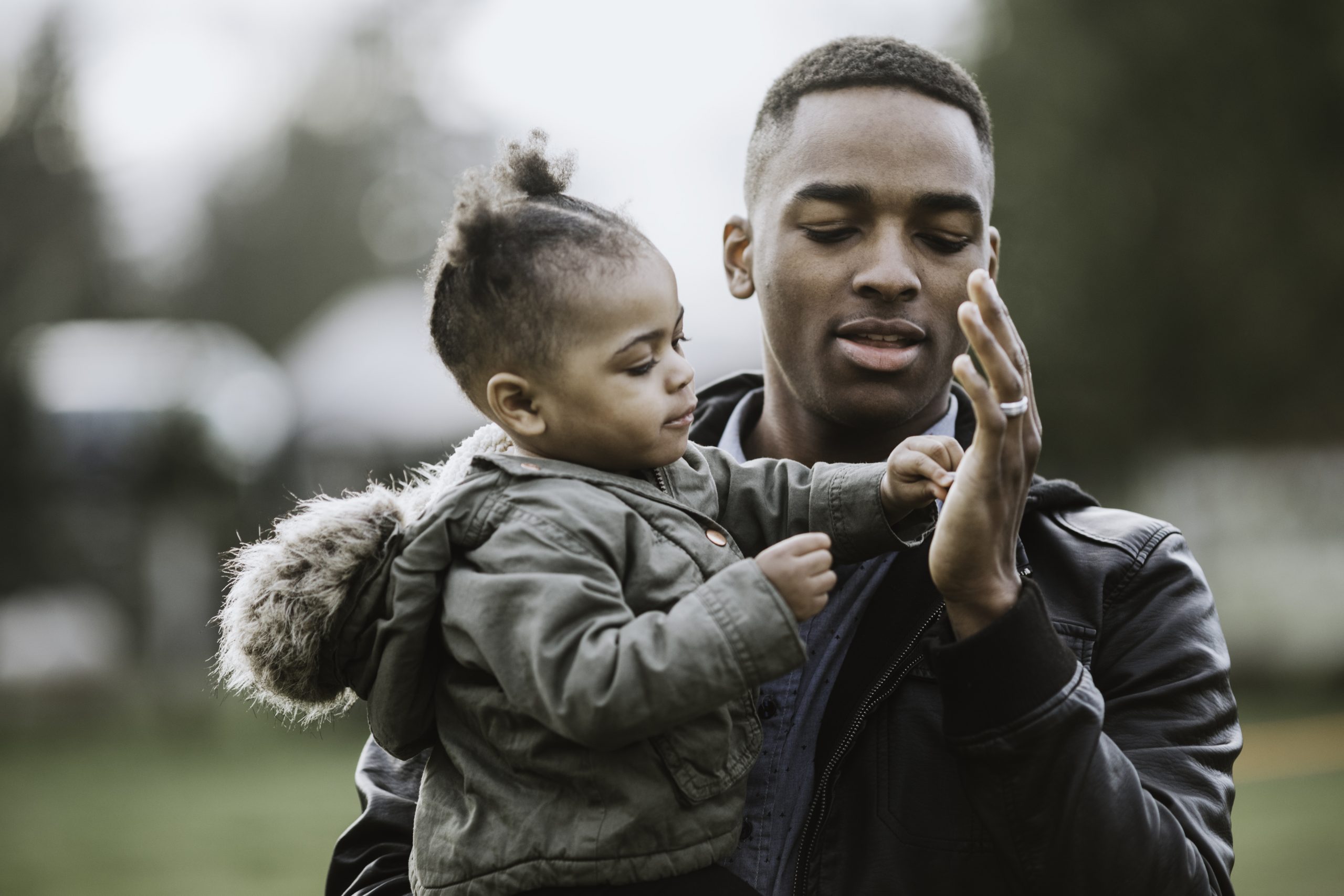 What seem to be the characteristics of the ‘new’ masculinity?

What’s happening now is that the industry is scratching beneath the surface and looking at all the things we don’t currently see in media and advertising. Men as part of a community, men in friendship groups that aren’t all ‘lads’ or frat boys. Men with average bodies who aren’t the butt of a joke, or men as care givers. Think about it, how many times have you seen images of men looking after elderly parents, or in nurturing roles, or as nurses? We’re hearing endlessly from clients that they want more images of male nurses.

We also don’t tend to see men who are emotionally astute or complex. That’s hard to put into a picture, but it’s about showing men with a broad spectrum of emotions beyond anger or violence. That doesn’t just mean we need the opposite – lots of pictures of men crying – it’s about everything in between.

There’s so much to do in this sphere—it’s so broad, and once you start looking at all the things that haven’t been covered so far, you realise there’s so much new content to be created. Every sector we cover – from travel, to work, friendship groups – can benefit from a different approach.

Ultimately, it’s about showing men as vulnerable human beings who are not in charge and in control at all times. I think it’s an interesting juxtaposition that, for women, the fight has been predominantly about how they are perceived and represented in public situations—at work, or on the street. For men, it seems to be more about their private lives—how they act as a father, or as a carer.

A lot of brands are realising the potential here, too. Last year, Gillette launched a new razor for assisted shaving—nobody had designed for that before, and it’s a totally different experience. The ad campaign featured a true story of a man, around 60 years old, who bathes and shaves his very elderly father every day. It’s 2017 and you’ve never seen a story like this in an ad before, so it was very powerful.

There are a tonne of driving forces at play here, but the main one has to be the MeToo movement—and the sudden, subsequent unveiling of really powerful men who have abused their position. That has shocked people to their core, and there has been a reaction from decent men who do not want to be perceived in the same way.

There’s also younger generation, especially Generation Z, who are hugely influential in popular culture and are whole-heartedly rejecting gender stereotypes—making us all more aware that those stereotypes existed in the first place.

And then there’s the awareness of mental health issues, and that suicide is the number one killer of young men. It’s a dovetailing of all of these things that has shown we have a genuine crisis on our hands, so we’re trying to work it all out and do what we can to change the way men are depicted.

Visit The CALM Photography Movement where people can discuss mental illness through the medium of photography.

Read more about the New Masculinity.