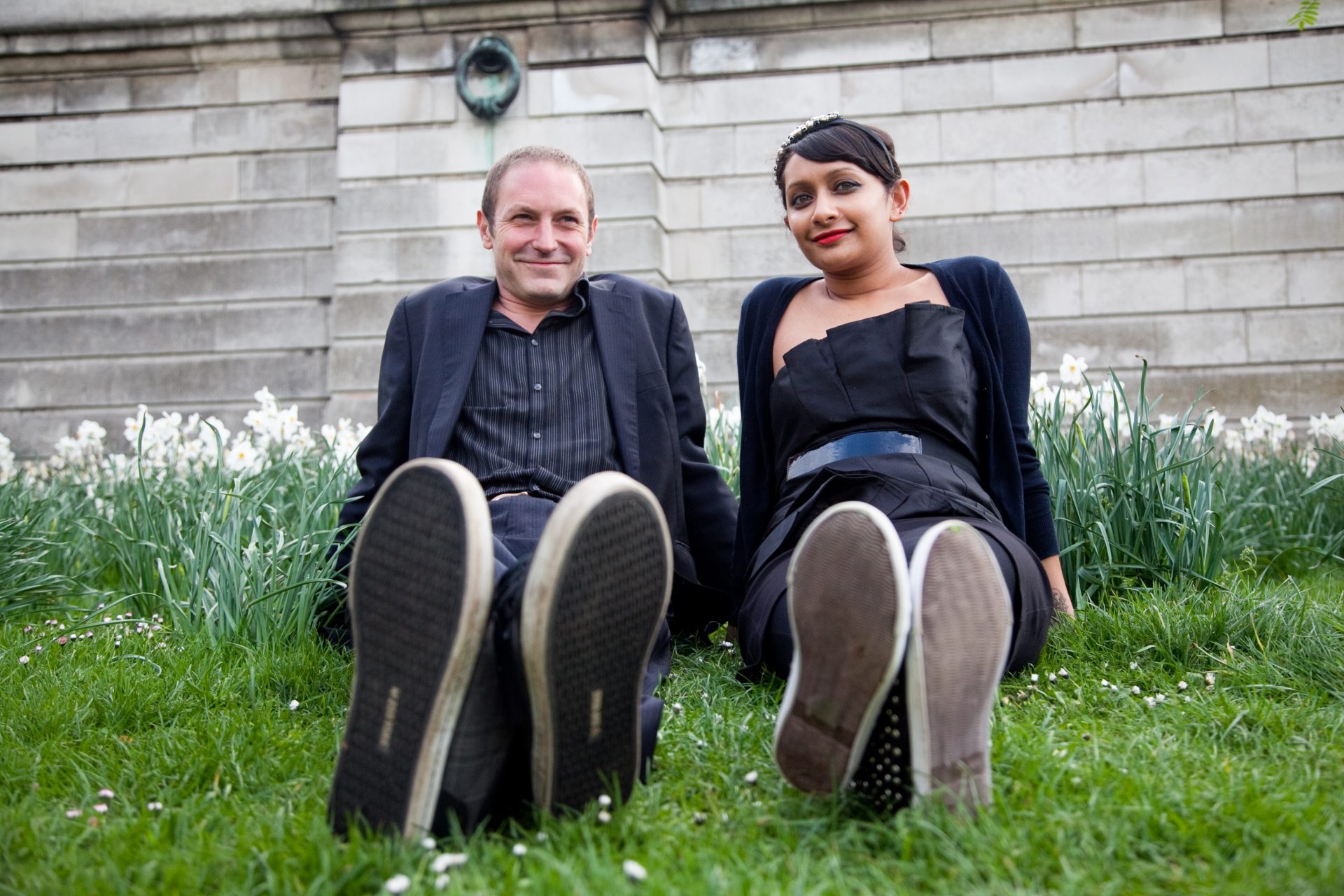 Everything Is Not Fine

Writer Poorna Bell on the tragic suicide of her husband, Rob, and the terrible tendency of men to hide their true feelings from loved ones.

Before my husband Rob died, even when things were really wrong at home, when someone asked me if I was okay, I’d usually reply: “I’m fine.” I was fine when he got really ill from a long bout of chronic depression. I was fine when I watched helplessly from the sidelines as he turned from a man who bopped to punk rock while gardening to someone bed bound. I was fine when he revealed that he’d been secretly using heroin for three years to self-medicate his mental illness.

Except that I wasn’t fine. I was barely keeping it together. And when he passed away by suicide in 2015, I realised that a big part of what had brought Rob to such a desperate situation, is that he too had been playing a game of ‘I’m fine.’ He died six months before his 40th birthday and like a lot of men his age, was never able to articulate the true extent of what was going on with him.

Men belong to a group where the biggest thing to kill you is yourself, if you are under 45

The difference between us is that eventually, I did find people to confide in. And even if I was putting up the farce that everything was okay to the outside world, I was always able to talk to Rob about the tough things going on with me. I also belong to a gender group where the suicide rate has almost halved since the Office of National Statistics began recording suicides in 1981. For men, this rate has barely budged at all.

Men belong to a group where the biggest thing to kill you is yourself, if you are under 45.

I still have trouble typing that sentence – it feels like the dark start to a dystopian science fiction novel. But here we are, and with teen suicide on a sharp rise, we are now no longer just talking about men 18-45, we are talking about the very future of men. 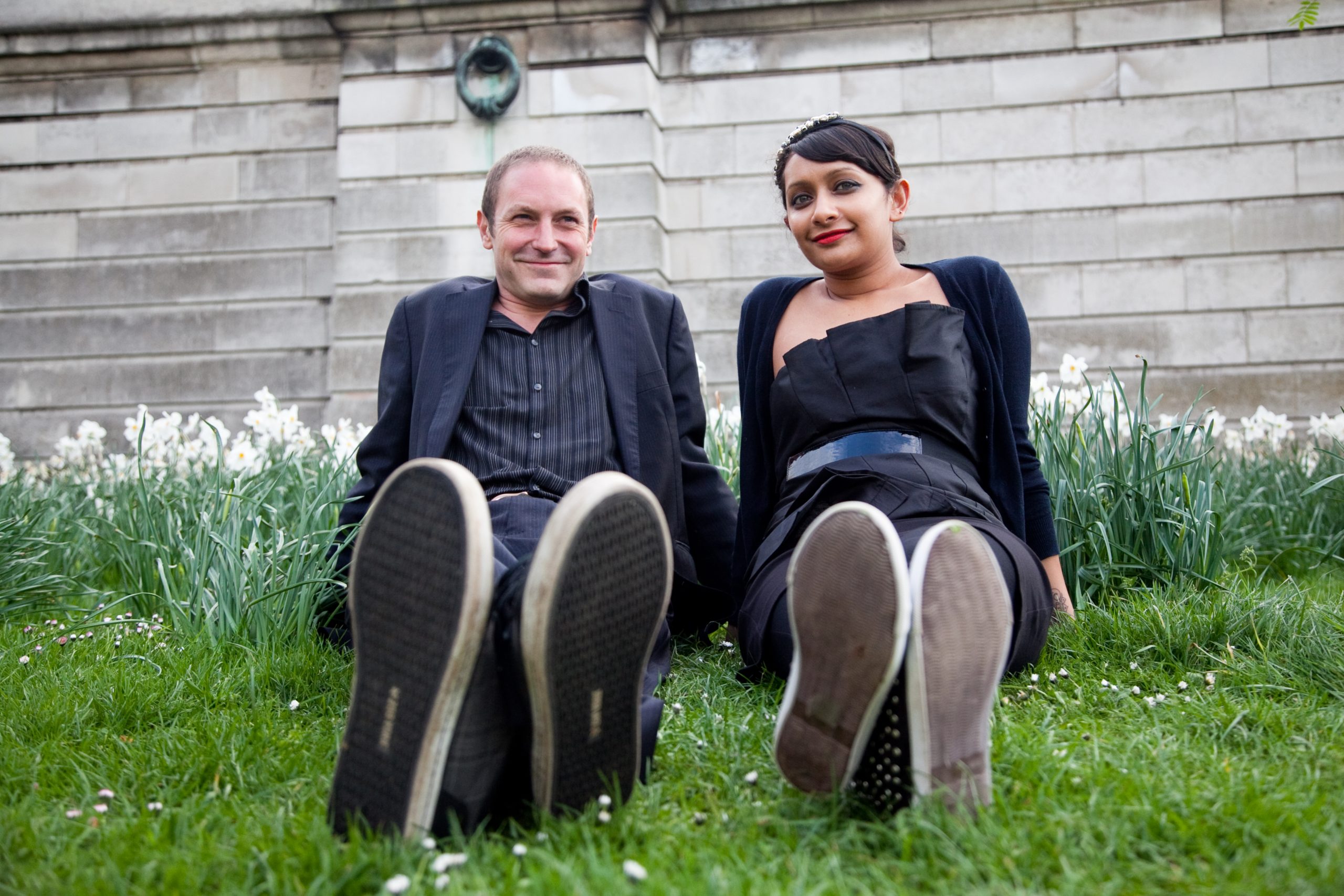 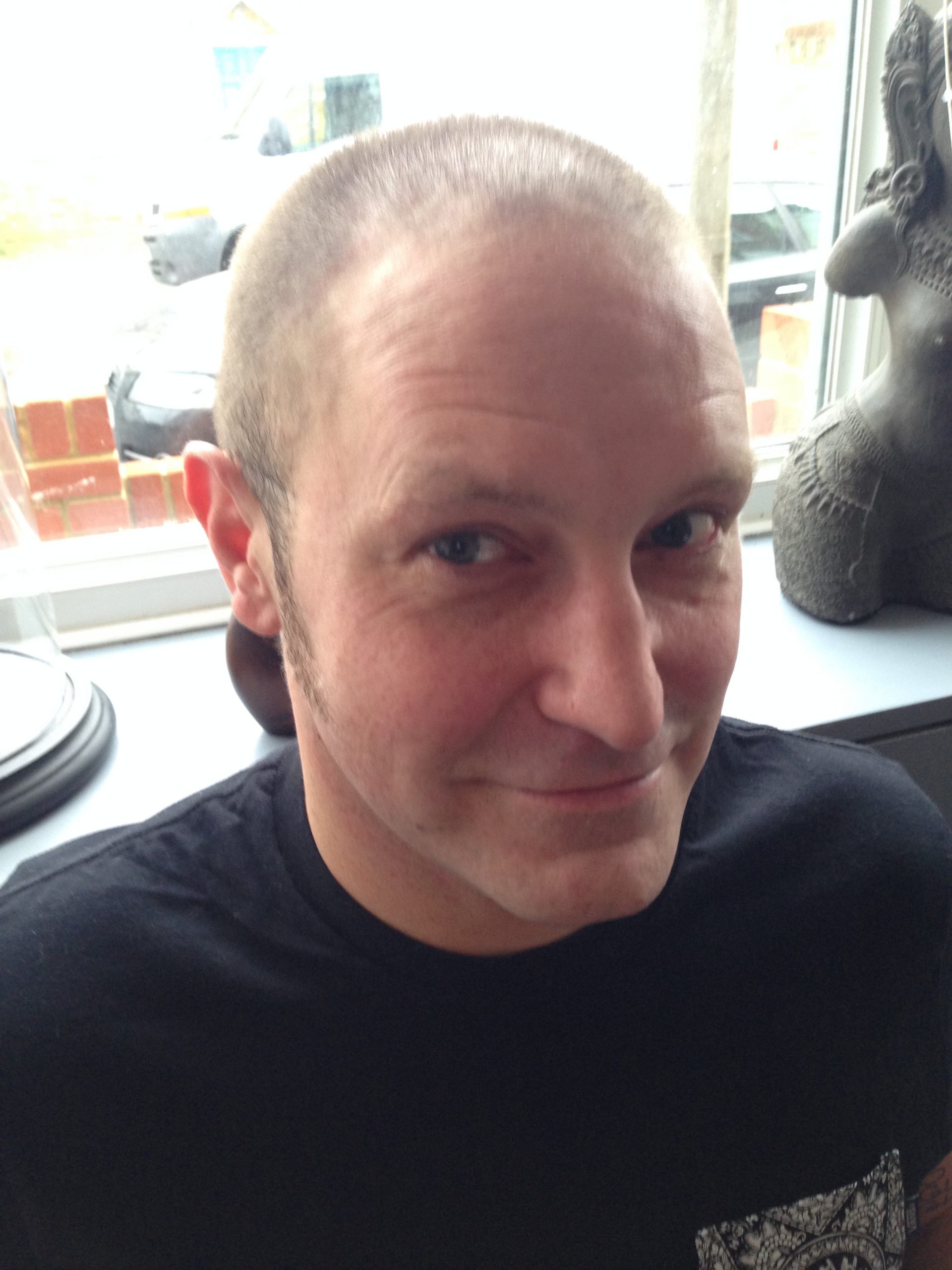 The story of Rob and myself could be of anyone. We were both journalists and had loving families. He was from New Zealand, while my childhood was in Kent, but our homes were both leafy suburbs. He grew up listening to punk rock but he was also a man of intense contrasts. In his Spotify playlist that I can’t bear to delete, he also has Gil Scott Heron, Dolly Parton and The Monkees.

If you saw him on the train, you’d see a tall man with broad shoulders. Hands calloused because he loved gardening. He was a huge lover of nature but so nonchalant about how clever he was – we’d walk down an unassuming lane and he’d be able to pick out about three different species of birds, even a fruit bat if we were lucky.

We were introduced to each other through a mate. He was always the one to hold my hand as we walked. When it came to his feelings for me, they were never hidden behind a glass wall as he did with the rest of his emotions. We had a dog named Daisy – a caramel coloured mastiff-boxer cross with a pink star on her nose. We had a house with a pond.

Our relationship, when it wasn’t affected by him being ill, was always loving and most importantly, fun. There was literally nothing we couldn’t find the funny side of.

He told me very early on he had depression but truthfully, I had no idea what that meant. I didn’t know anything about depression, or anyone who had suffered from it. He seemed very confident while talking about it and I assumed he had it in hand. 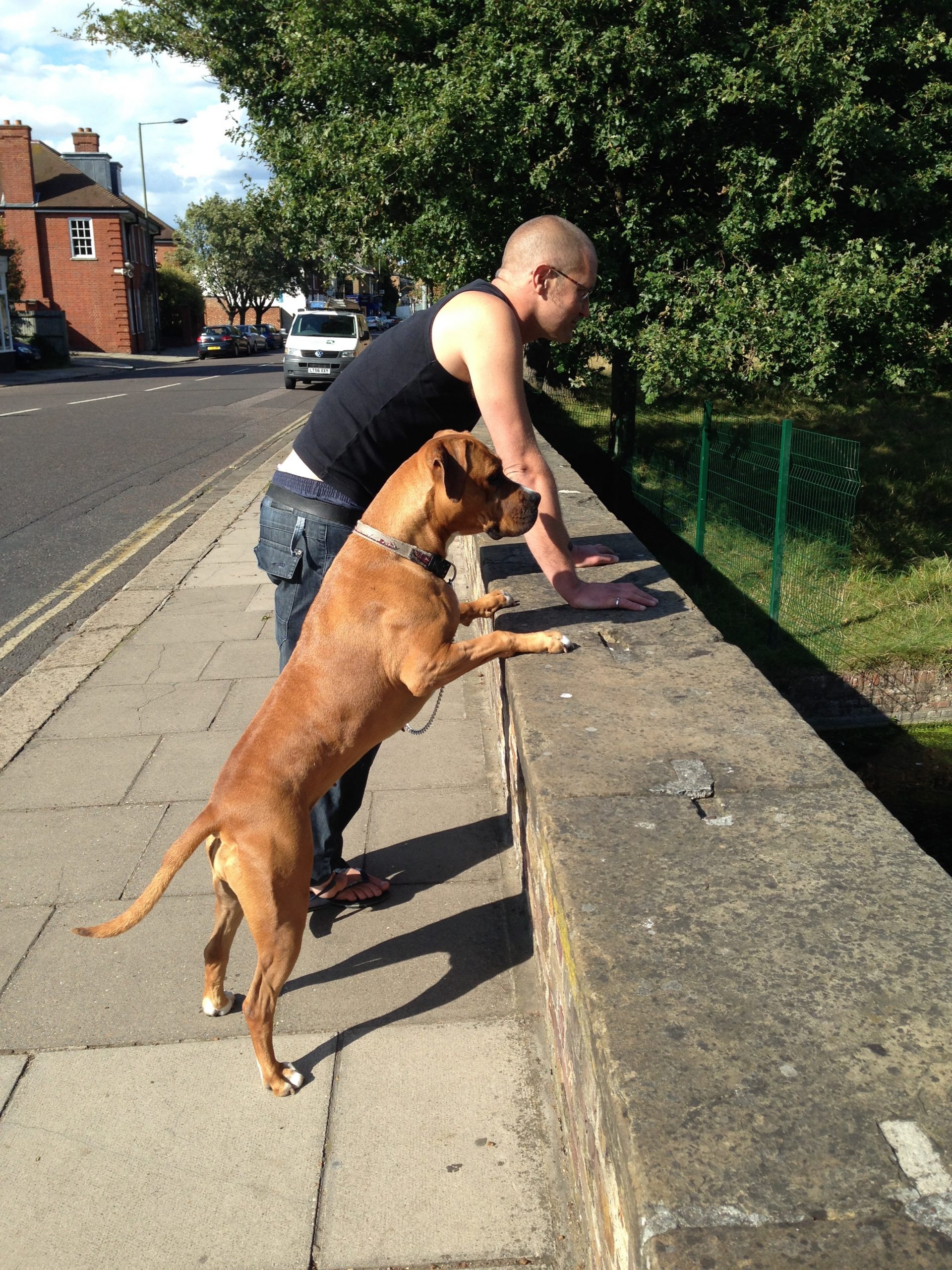 Soon after we got married, I noticed how his behaviour changed gradually. He never stopped being loving but he spent a lot of time in bed. He seemed to permanently have insomnia, or a bad stomach ache. When I asked him to talk to me about what was wrong – because it seemed to be more than depression – he just said: “I’m fine, honestly honey, I’m fine.”

Even when he was doubled over the car steering wheel, his stomach cramping, unable to drive, he said he was fine.

Eventually, after two years of this, and about the fourth weekend of him staying in bed, I announced that if he didn’t tell me what was going on, I was going to pack a bag and move to my parents. It was a hollow threat but critically, it was the threat that finally got him to confess that in addition to depression, he had also been unsuccessfully trying to get off heroin for the last three years, hence the now blindingly obvious withdrawal symptoms.

All the little trips he had taken for work were actually him sweating away in some horrible little hotel trying to get clean. And the hardest revelation of all, was that on one of these trips he had tried and failed to kill himself. “Why?” I asked, my mind reeling from the horror of it. “Because then you wouldn’t know what I had become.” In other words, a man who’d promised to be a good husband, who wanted to be well, someone who wasn’t an addict or struggling with mental health.

Everything is not fine

I couldn’t believe that Rob had been battling this on his own, every day, for so long. That he had reached a point where he actually thought it was better to die, rather than me find out he was having problems. When I said I was going to help him with recovery as long as he told me if he relapsed and was truthful about how he felt, he still couldn’t do it. He still kept everything inside, and was ‘fine’.

This explains so much about how Rob saw himself – someone who had failed at the basics of being a man – when the irony is what he was going through, no one could have got through alone. Addiction and depression are two of the most formidable illnesses, but to the very end, he believed he should be able to shake it off, get over it, be like a normal guy and not complain about it because that’s what guys do 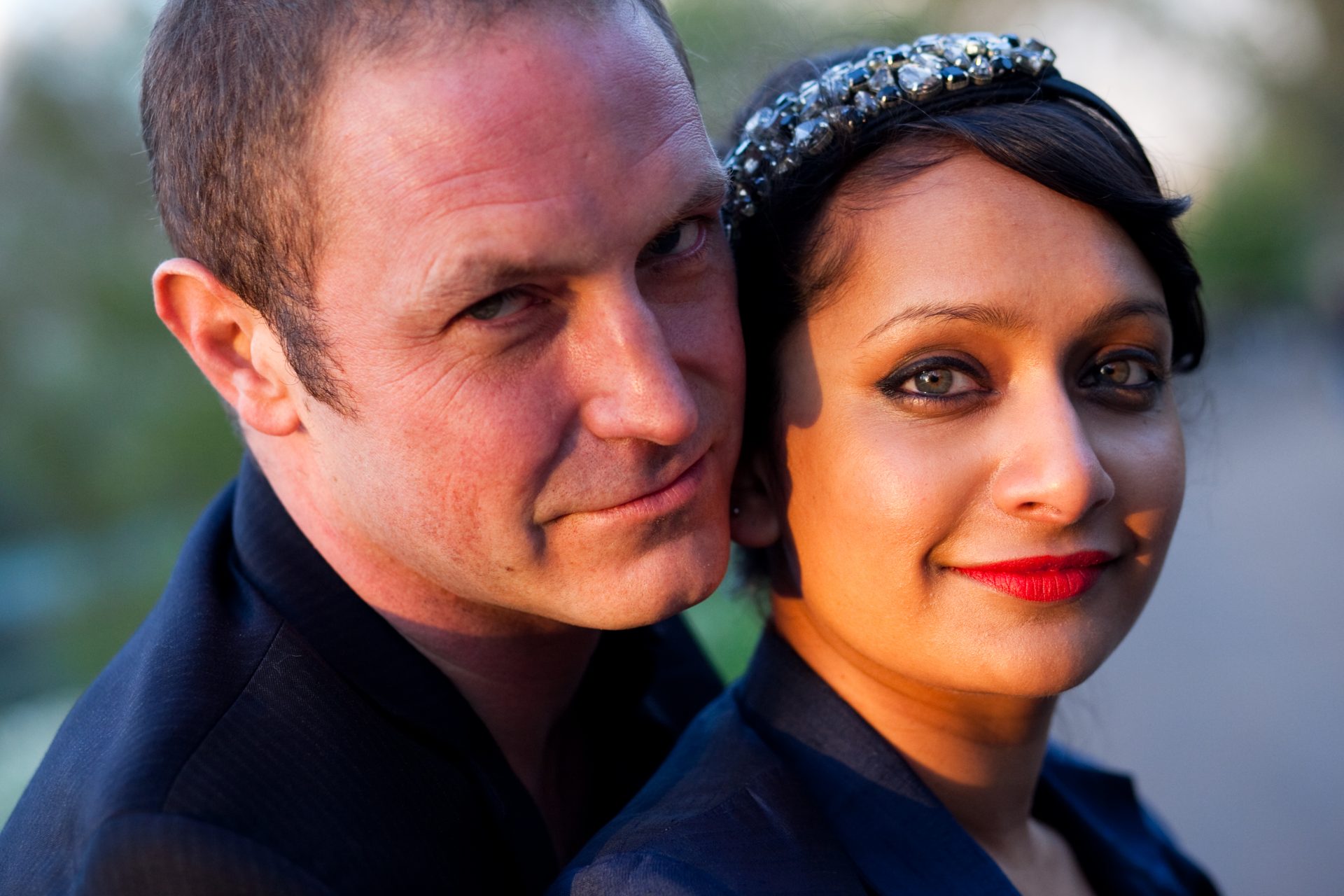 After he died, I had to go on his computer to get some admin documents and I came across some files which revealed the true extent of his mind. Rob wasn’t in denial about the pain he had caused, or how addiction affected him – if anything, he was hyper aware of it. He went to Narcotics Anonymous as part of his recovery, and in a guest speaker speech, wrote words I had never heard him say to me: “Drug addicts don’t live in Hell, that bustling metropolis of souls united in torment, but hang helpless on a lonely hill, facing a tomorrow over which they have lost control, of more lies, shame, betrayal, a tomorrow of abasing themselves once more before a God whose only currency is death, but cannot be denied or abandoned without great suffering.”

His words demonstrate great insight into himself and his condition, but to the outside world, was unable to articulate any of that to his loved ones.

He died because he was unable to contemplate any kind of future in which he would be a functioning man, and because he didn’t see any way out of it. He died because he was never able to find the permission to say: “You know what, I’m not fine. Things are really wrong.” Had he done so, the reaction from me or any of his friends wouldn’t have been anything less than loving and understanding – but he had to believe that himself and I don’t think he ever did.

I think Rob thought he was protecting me from himself by not telling me what was really going on with him. I think a lot of men do, in relationships. But that’s not what anyone wants from their partner. What we want is the one thing suicide steals away from you: the promise of a future – not a perfect future – but a future nonetheless. 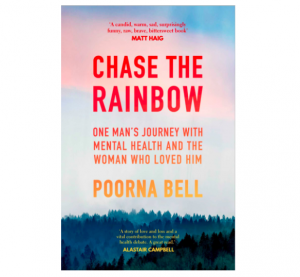 Poorna Bell is an award-winning journalist and is the former executive editor of HuffPost UK. She has appeared on a number of judging panels including the Decibel prize for the British Book Awards.