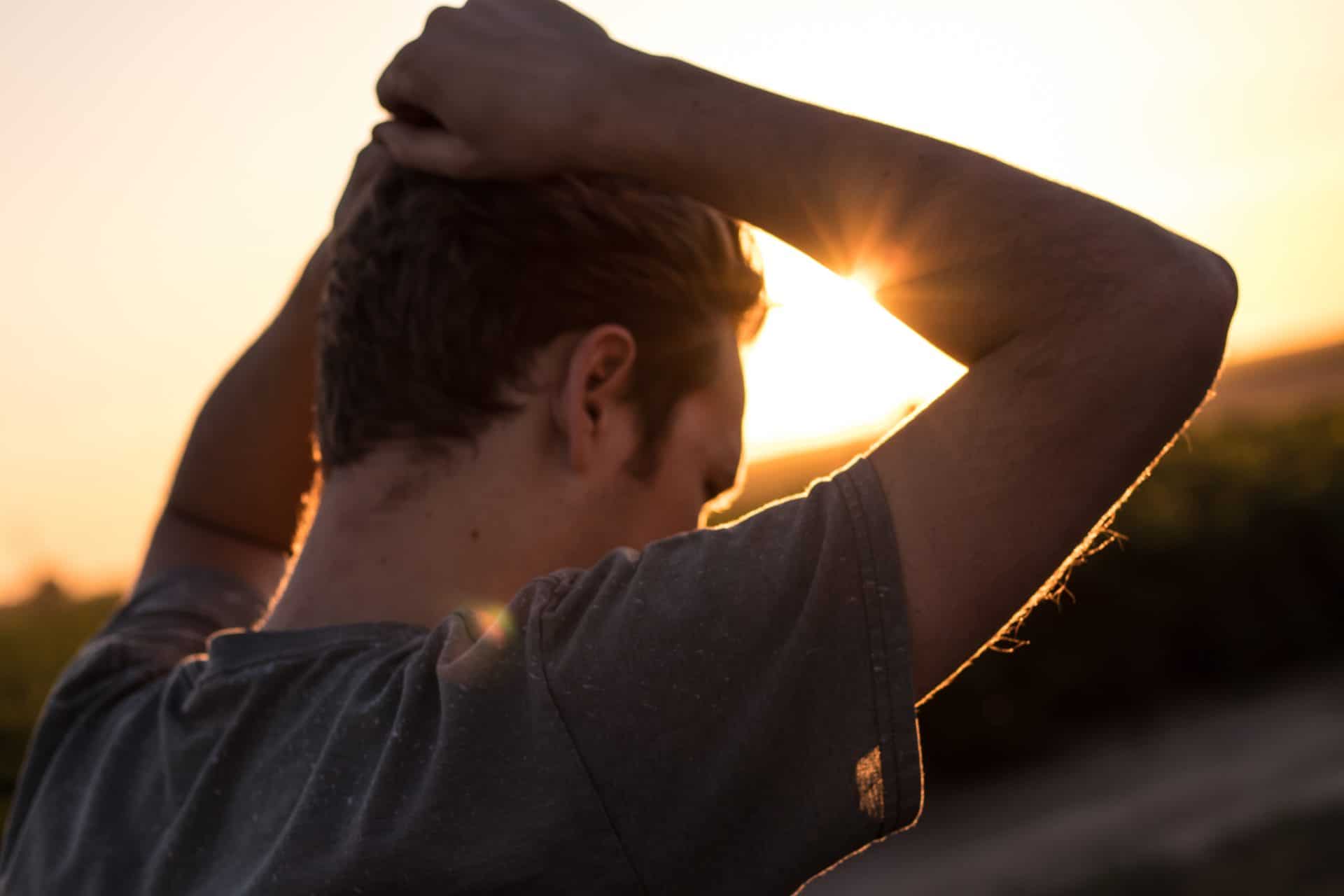 Time For Men To Be Honest

Mental health campaigner and author Jonathan Lee on dealing with the depression problems in his immediate family, while hiding away his own. A brave and honest account.

Jonathan Lee is a writer and mental health awareness campaigner for Mind, Time to Change and Rethink after experiencing clinical depression and anxiety since his early twenties, and acting as the primary carer for his siblings with very severe depression and bi-polar disorder. Here he tells his story about dodging his own mental health issues and how he was finally able to confront his issues.

I remember the exact moment that I made a decision which unbeknown to me was going to bring me perilously close to my own downfall.

When I was seventeen, my brother Simon, jumped from a multi-storey car park in my home town. He was nineteen. Due to his enthusiasm about all things cars and girls, his lifestyle meant that outside work he was pretty much nocturnal. None of the family knew that he was even depressed.

He survived his jump, managing to break every bone in his face and from his pelvis down. After six months in hospital he learned to walk again and left hospital. All was, ahem, fine.

About five years later, my sister, then aged around eighteen, began experiencing extremely serious mental health problems which led to her being hospitalised on numerous occasions including time on psychiatric wards. My parents were beside themselves.

And that was the moment that I decided that I was never, ever, going to become a burden to anyone. Least of all my parents.

I made a decision (which in hindsight, was a dreadful idea) that I was never going to do anything that might make them worry about me, even for second. At their dinner parties, I would be the one that they could say “Jonathan? Yeah, thankfully, he’s absolutely fine.”

This caused two major problems. The first was an endless quest to achieve unattainable levels of perfection at all times. The second, meant that anything that was bothering me, worrying me or causing me concern was tightly parcelled up and stored away in the back of my mind.

Throughout my twenties, my sister’s problems continued undiagnosed – she would eventually be diagnosed with bi-polar – and my brother married and then divorced. I acted as an outlet, a confidante, for both my sister and my brother’s issues which were building steadily. I neatly sieved out the information I thought my parents needed to hear, to protect them, all the while holding in the (sometimes) extremely dark things they were telling me.

Myself, well I did what I could to stay afloat. I had a good responsible job at an IFA, a nice place and was married with children. There were plenty of things that weren’t right, feelings that bubbled inside of me and kept me awake at night. Butterflies eating away at me. But, I ploughed on.

My brother hanged himself in my kitchen just after my thirtieth birthday. We had been away for the weekend and returned to the news. He had made his way into our house and taken his own life. I did what I thought best for my parents; attending the identification, visiting and speaking with the police to piece together his final moments. We left the house that day and never returned.

A few years later I was divorced sharing custody of my three children who I had overnight three times a week. The rest of the time was mine. And I was sinking rapidly. Work became a burden. Getting out of bed became a burden. Life was in the way. My thoughts became darker and darker. I dared myself to close my eyes for a second longer each day on the motorway drive home.

I had always said I would write a novel. My friends and family will testify that I bored them to tears with this proclamation for most of my life. In hindsight now, when I sat down to write my first novel, The Radio, it was probably as my legacy. The unfinished business that I needed to complete. And by writing that manuscript, well it probably saved my life.

It took me around four years to complete, and I have never experienced anything so cathartic. It is almost too hard for me to describe. Although the story revolves around a suicide, the pouring of my feelings and thoughts that had been trapped inside me for nearly fifteen years onto the page was an emotional cleansing. I sat and typed and cried and cried night after night for years.

I was fortunate that my first novel got picked up for a prize, eventually coming second in the Novel Prize 2012. However, I was far more fortunate to find that removing and processing the feelings within me had such an effect. From this I was able to identify the different types of day that I experienced from the worst (“A Car Day”) to the best (“A Something Day”) and learn coping mechanisms to deal with them. This experience is all charted in my third novel, A Tiny Feeling of Fear.

I only began to speak out publicly about this a few years ago when I realised just how much value there was in simply getting out these dark feelings that sufferers of anxiety and depression keep in their heads. An endless cycle of negative, recurring thoughts that can only be broken by sharing them.

In 2017 we made a short film, “Hidden” about my mental health experiences. When my parents saw it, they were amazed. They had no clue that I had suffered at all. I suppose that was my goal all along. However, if I hadn’t discovered the value of sharing how we feel, not storing and ensuring that nobody feels alone with their mental health – I am not sure I would be around now to tell my story.

My fifth novel, Drift Stumble Fall was released just a few weeks ago. It tells the story of two men who live opposite one another – one with a wife and young family, the other with none. The two desperately yearn for what the other has without once even considering what is beneath the surface. And when they find out, well…

Jonathan Lee is the author of six novels, including The Radio – a black- comedy which deals with suicide – which was shortlisted for the Novel Prize 2012 (for unpublished authors). His latest novel Drift Stumble Fall (13th April) looks at mental health issues and questions the ‘grass always being greener’ thinking that often plagues many of us struggling with dips in our mental health. 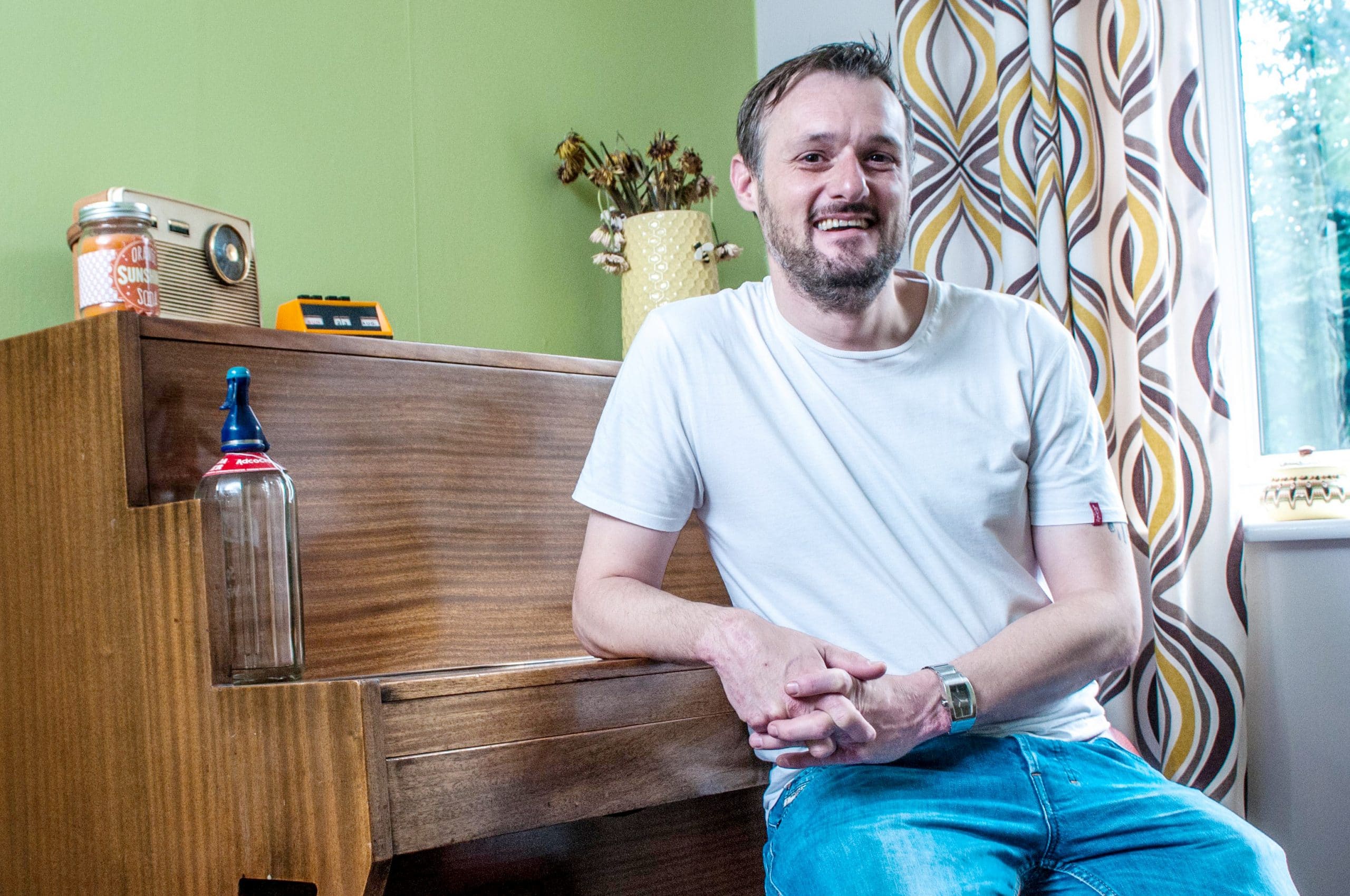 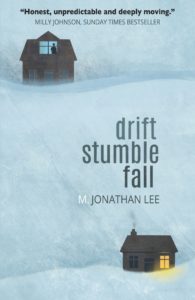