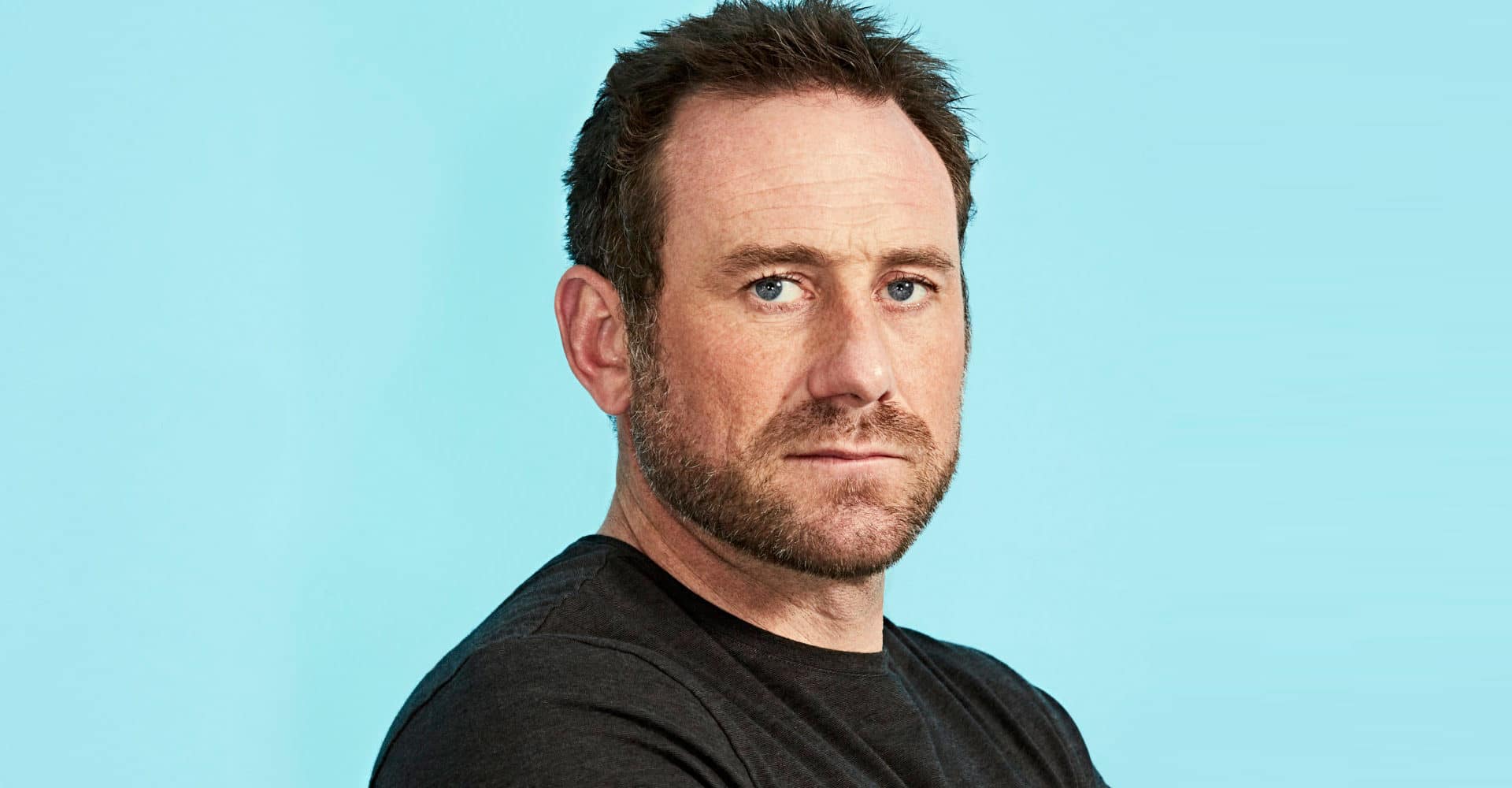 Jason Fox: How To Lead A Team

Prepare to be inspired. Foxy, the former Special Forces Sergeant, adventurer and star of ‘SAS: Who Dares Wins’ is here to get you motivated and inspired.

The Book of Man is pleased to announce Jason Fox as our new columnist. The SAS: Who Dares Wins star, record-breaking Atlantic rower and documentary-maker, will be bringing you inspiration and motivation to inspire you in your everyday lives, both at work and play. Foxy is someone who’s been through it all. A special forces soldier who has seen serious combat, he’s also someone who experienced PTSD, and survived a stint in the corporate world (more on that below), to become an adventurer, and lately, a TV star and author one of the best people to follow on social media (Instagram & Twitter).

Here, in his first column, Foxy talks about leadership – and no, it’s not all about being a tough guy “It’s not about screaming and shouting. The big ones are loyalty and respect. People are not working for you, but with you.”

Pray silence for our guru with the big guns:

The first thing is don’t be a tyrant, because no-one will care about you and you won’t lead anything. Loyalty breeds loyalty. If you’re loyal and kind to people they’ll be loyal and kind to you. You don’t go in straight away giving it big licks then expect everyone to go, “I’ll do anything for him.” You’ve got to engage with the individuals and you’ve got to make time for them. If you’re a new team leader coming in, part of your job is to get to know those people. And be genuine about it. If you want to be a leader be interested in your people to begin with.

You have to know your job. You have to know what your team’s purpose is. You’ve got to make the time to teach yourself about what it is you’re supposed to be doing. You will have knowledge because you become the leader for a reason, but you need to try to be the most knowledgeable person because they’re going to want to ask you for advice.

But then don’t be the only person that gives advice. Be open to getting advice from the team as well.

I’ve been in situations where I’m a leader and also when I’ve been a team member, where it’s open to the floor. You’ll be planning operations and everyone is involved. You’ll go through all the nitty gritty of where you’re going to be carrying out the plan, when you’ll be executing it, and you’ll go around the table, giving them the opportunity to have a voice.

If you show your team respect and listen to them then they’ll have respect for you, and it makes your life as a leader easier – you don’t have to scream and shout. It becomes harmonious.

A team should be almost an organic being that just happens. You’re just there to make key decisions at key moments.

I don’t think there needs to be any dominant team leading, it’s more that we’re all a group of people who want to get something done.

Encourage the team to become better at what they do. It’s not patronising, it’s just you should strive to do more and know more. That in turn means every other person knows what they are supposed to be doing. So when something falls down someone is there to pick it up.

Going back to my Special Forces days, you’d speak to senior people who are running the show, and they’d say, “I’d hardly ever have to say anything. Everything just happens.” And it made me think, ‘yeah, that’s the way.’

Normally, there’s decisions that have to be made and moments where you have to calm everything down, but that’s only because sometimes as a leader you have the wider field of view. Because you’re not in the thick of it. The guys and girls who are in it, have their specific tasks, and sometimes it’s about going, “let’s slow down, come in.” You give them the opportunity to step back. You’re there to guide them, not necessarily lead them all the time. You have the luxury of observing and seeing what’s going on, and can hear bits from each individual person. So you can say, “right this is what’s going on, everyone slow down. Take ten seconds, and then go again

When people let situations run away from them and don’t take care of the situations, it can go wrong. Time issues and deadlines, information required that you don’t have – you can see people go into a flat spin. Fear sets in, and that can become contagious.

The key to not making something worse than it already is, to just slow down. I’ve been involved in gunfights, really, really hardcore ones, and if we’re able to pull back and sit down behind a wall and have a rollie, and a quick 6 seconds to ourselves, that’s all it might take. If you can do it in the middle of a gunfight where people are trying to kill you, you can do it in the boardroom.

You just need to have the presence of mind to have a moment. Just a moment. To be mindful of what’s going on and to understand yours and other people’s emotions at that moment. 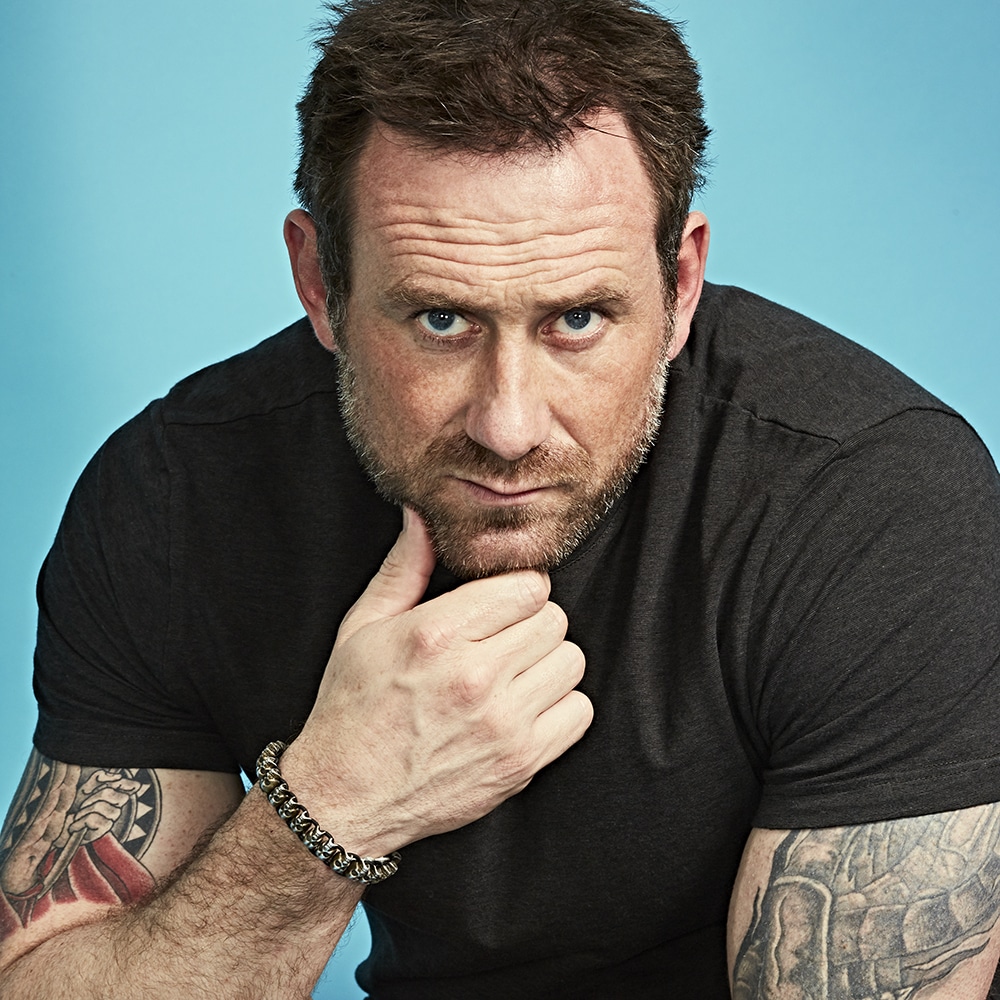 Realistically there’s a reason for why people do what they do. Try to find what the reasons are. If he or she is being disruptive, pull them to one side and say, “what’s going on?” It’s worth confronting them, but not in an aggressive manner. Say, “Do you realise the things you’re doing are having a negative effect on everyone else? why are you doing it?”

It’s not about being aggressive or confrontational –you’re asking them an honest question.

It’s putting the ball back in their court and exploring what their problem is.

As a team leader you are responsible for that team delivering on a mission. If something’s not going to be helping to achieve that, deal with it but not in a confrontational way.

When I was briefly involved in corporate culture – full suit and tie, I hated it – you wouldn’t get any feedback. You’d bid for a piece of work, go through that big process with proposals and everything thrown into the mix. At the end of it all, you either win the deal or you don’t. But the weird thing I’ve seen is that if the bid is won, it will never have been smooth getting to that point. Everyone high fives and says, “we did an amazing job,” and then buggers off and gets on with the contract. And I was always like – this is an experience I’ve had – “There shouldn’t be high fives because that was awful, you were annoying and that was wrong, and we messed up there, and wasted a lot of money…” But no-ones interested in that.

And worse is when you lose the bid. You’ve got all these great people working for you, but it hasn’t gone quite right, so a load of people get sacked. And then they bring in four new people. So no-one learns any new lessons, good or bad. It doesn’t breed loyalty. The culture it breeds is that everyone knows if it goes wrong they’re going to get fired. Which means if they do something wrong, they’ll try their hardest to cover it up.

Instead, you should be like, “Do you know what? If this does go wrong, don’t worry. We’re going to learn from it and we’re going to go on and we’re going to become a better group of people.” Instead of being like, “If we don’t get this job you’re all fired.” Because then people think, “Right I’m going to stitch him up because if he gets in trouble, I’m not going to be noticed.

It’s hard. You could have a team that works well in the workspace, and then all they want to do is disappear, and that’s fine.

It’s really easy in the military, because you’re really like-minded people. And then you’re thrown into very physically and mentally stressful situations which creates a bond anyway.

It’s very much more difficult in the office-based world. The real world is more diverse than the military which means you could say, “We’re going to canoeing today,” and one person goes, “I’m scared of water.” “Right we’ll go horse riding.” “I’m allergic.”

A good way is to get people round a table and talk to each other and not about work. We’re social animals we want to socialise. And if you show an interest in people they like that, it means a lot to them.

If you can get them going over an assault course, brilliant – if not, get them down the boozer.

Jason Fox’s Channel 4 show, ‘Inside the Real  Narcos’, aired in August. You can click to watch the trailer here or scroll to the bottom of the page to watch it.

His new book ‘Battle Scars’ is out now priced £10. Published by Bantam Press 2018 and is available to buy below. 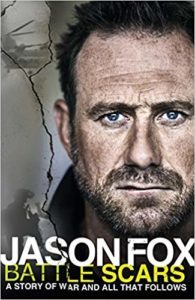 A vivid, searing account of a life at war.’ BEAR GRYLLS 'The most important book you’ll ever read… Battle Scars will save lives.' TOM MARCUS, author of SOLDIER SPY

NEW JASON FOX PODCAST! Yes, as you can see from our excellent trailer here, our columnist Foxy is launching a new podcast with The Book of Man. Jason Fox's Wild Tales is all about adventure and mental & physical resilience - he's going to be speaking to inspirational people about their incredible life experiences, and delving into the value of nature, determination and mindset. It's about the triumph of the human spirit over the elements or their own demons. The podcast is sponsored by Talisker, the single malt whisky made by the sea - their values of outdoor challenge and sharing time together make them the perfect partners for this. The series will kick off next week with the first episode - no spoilers yet, but this is going to be a quality listen. We'll also be holding a live podcast at an event in London, with details released soon. Jason told us, "I'm extremely pleased to be working on this podcast with The Book of Man and Talisker. I'm going to be chatting to some awesome guests and it's going to be fascinating to hear their stories and find out how mindset and resilience go them through some of the toughest experiences a person could face. Listeners should plenty of inspiration from this series - and me too." @jason_carl_fox @talisker #Jasonfoxwildtales #podcast #stories #spotify #itunes #entale #stitcher #tunein LINK IN THE BIO TO FIND OUT MORE 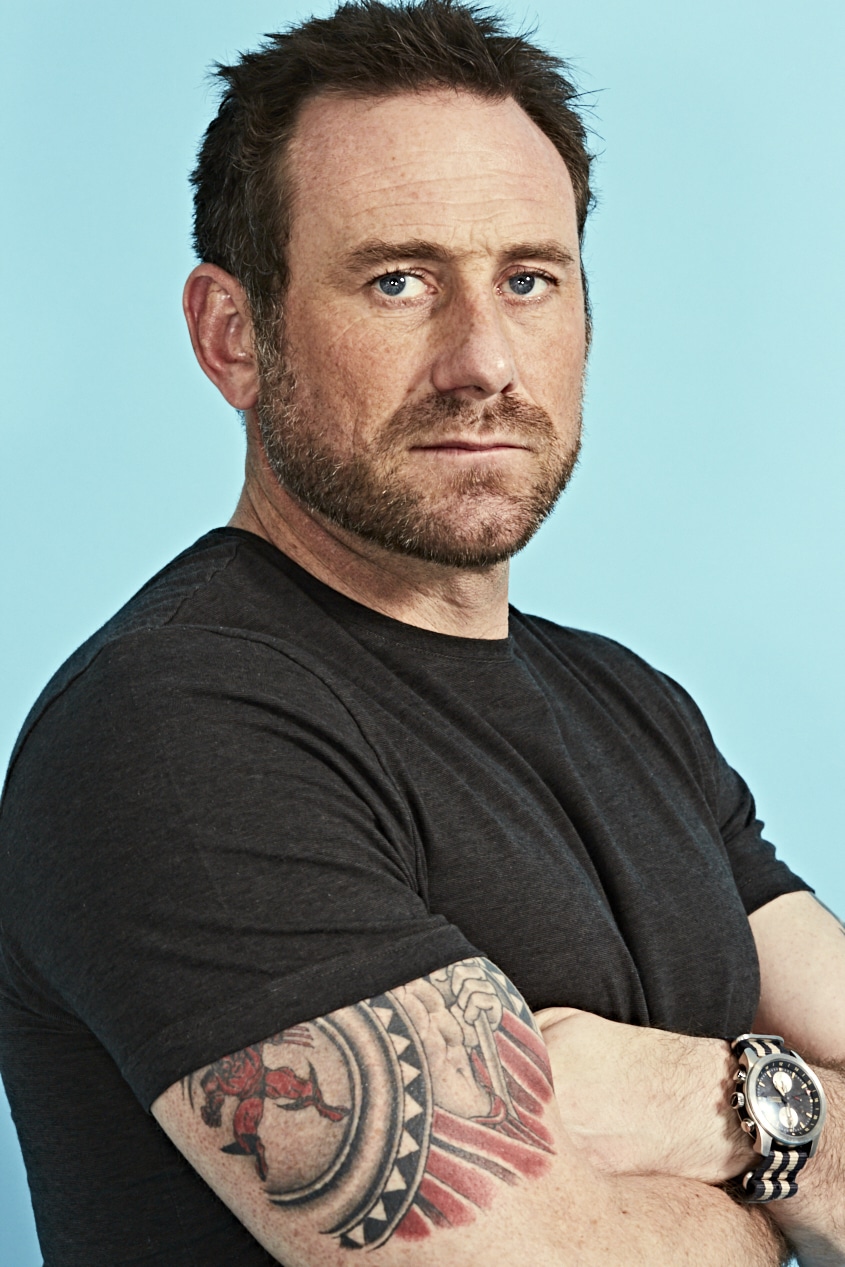 Sign up to our daily newsletter to receive Jason Fox's column straight to your inbox. Plus everything a modern man needs to know about. 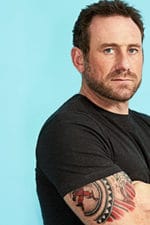 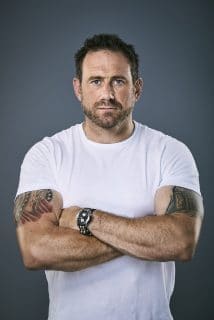 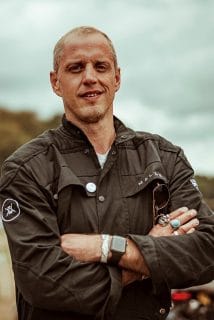