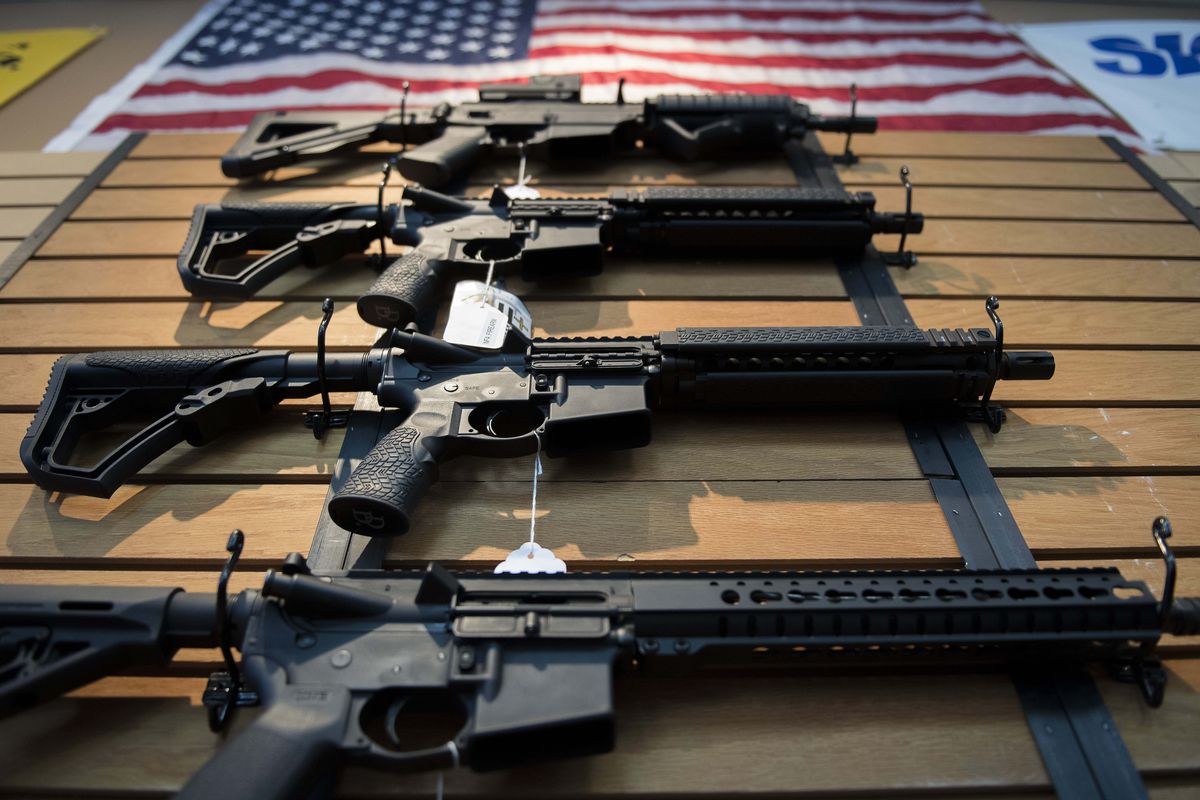 Ex-special forces soldier Kev Godlington breaks down the arguments for allowing military-grade weapons to be sold in America, and explains exactly what the experts think to their availability to civilians.

In 2016 United States government did a census and interviewed 400 senior specialist firearms officers who attended school massacres, men who had seen the thick pools of bright frothy red oxygenated blood, and the shattered and ripped little bodies of children as young as 7 and in numbers as many as 20 lying on the floor quivering, as they bled out -sometimes with as many as 22 bullet holes in them. There is little more sobering than entering a room and seeing below you tiny bodies moaning and crying as they die. Too many arteries ripped open to stem, too much blood lost to replace, too many little hands to hold and gently reassure. Helpless is a word unfit to describe the ineptitude felt.

Of the 400 of these fire arms officers – many of them ex-military, many had seen combat and taken human life themselves – they all, all 400, agreed that, “We have to remove large calibre, semi automatic, military looking assault weapons from the streets of the United States,” and “We have to stop glamorising them. We have to get rid of them, and stop making them sexy to young men”

Think about that for a moment. Glamorising. Sexy.

Let me say that again, 400 out of 400 mostly military combat experienced senior specialist firearms officers and first responders, who had watched and seen countless little children die and bleed to death in front of them voted unanimously to have these weapons removed. Unanimous. They felt a sensibly caring and just society would accept this compromise to save hundreds of children a year. Fair, right? The word here is of course, ‘sacrifice’.

What part of this are these American gun supporter fuck heads not listening to? Which means we have welcomed back the cries this week in the wake of the Uvalde school shooting from the same boring nonsensical diatribe tit brigade, the following:

1. We need more help for those with mental health issues – we agree, do you not think all the other developed nations have ‘crazy’ people? We do! We just don’t have high school massacres. Hmmm, wonder why?

2. We need to arm more teachers. Excellent idea, also arm the paramedics and doctors…hell arm everyone! Only a failed system, and someone with a very low IQ would consider putting the burden of responsibility onto teachers. This is a cowards tactic, one that is fundamentally flawed. Teachers are there to care and nurture, not to kill.

3. If you take away our guns, what about knives? Knives kill people too. This is arguably the most stupendously ridiculous comment any human being could come up with, it is statistically, mathematically and evidentially proven that over the last 37 years in almost every school massacre – usually using semiautomatic weapons systems that fire a 5.56 calibre round or bigger – kill on average 17 to 24 people over a 37 minute period till they are killed or engaged! In one session.

If they were to be equipped with a shotgun or a hunting rifle, or both, then the mathematical outcome would be around 3 to 4 deaths. Because of the nature of the weapon system and the ammunition that is being used (Cycle time. Reload time. Aiming. Marksmanship principles) it would be much easier for special weapons and tactics officers to engage and neutralise the shooter if they weren’t carrying semi automatic military grade weapons. Obviously! And that’s before we get into parabolics and penetration.

This is basic maths wrapped into data science and ballistics and common sense. This has been extrapolated from thousands of innocent people being slain. The data is there! Google it.

Every human being should be able to defend themselves in their home, which is why in the United Kingdom many people have shotguns and hunting rifles in their houses in Home Office-approved gun cabinets. That they can access if they so desired in an emergency. There is no reason why the amendment protecting Americans right to bear arms should be compromised. There is no reason why we would need to deny Americans the right to protect their homes and property.

All right-thinking and sensible people need to do is to look at the culture, of the glamorising of men who pretend to be big Gung-ho American heroes, dressed in dog shit stained camo and air soft helmets that wouldn’t stop a marble. Real heroes who have served in military uniform for the United States for decades actually mock you all. They think you’re pathetic – which you are.

A just and fair society does not need its citizens to be capable of accessing semi automatic military grade weapons. If you want to behave in this manner there are plenty of countries you can fuck off to, where you can play these ridiculous games. I would suggest joining ISIS – they also behave in this manner. Lawless, vigilante-driven ideologies, playing with guns.

Culturally, we have glorified and made military-style weapons sexy – and allowed the gun companies to get away with this gloriously effective marketing campaign. Just like the Marlboro Man, just like the sugar companies, they all lie. It’ll die a death eventually, it always does. 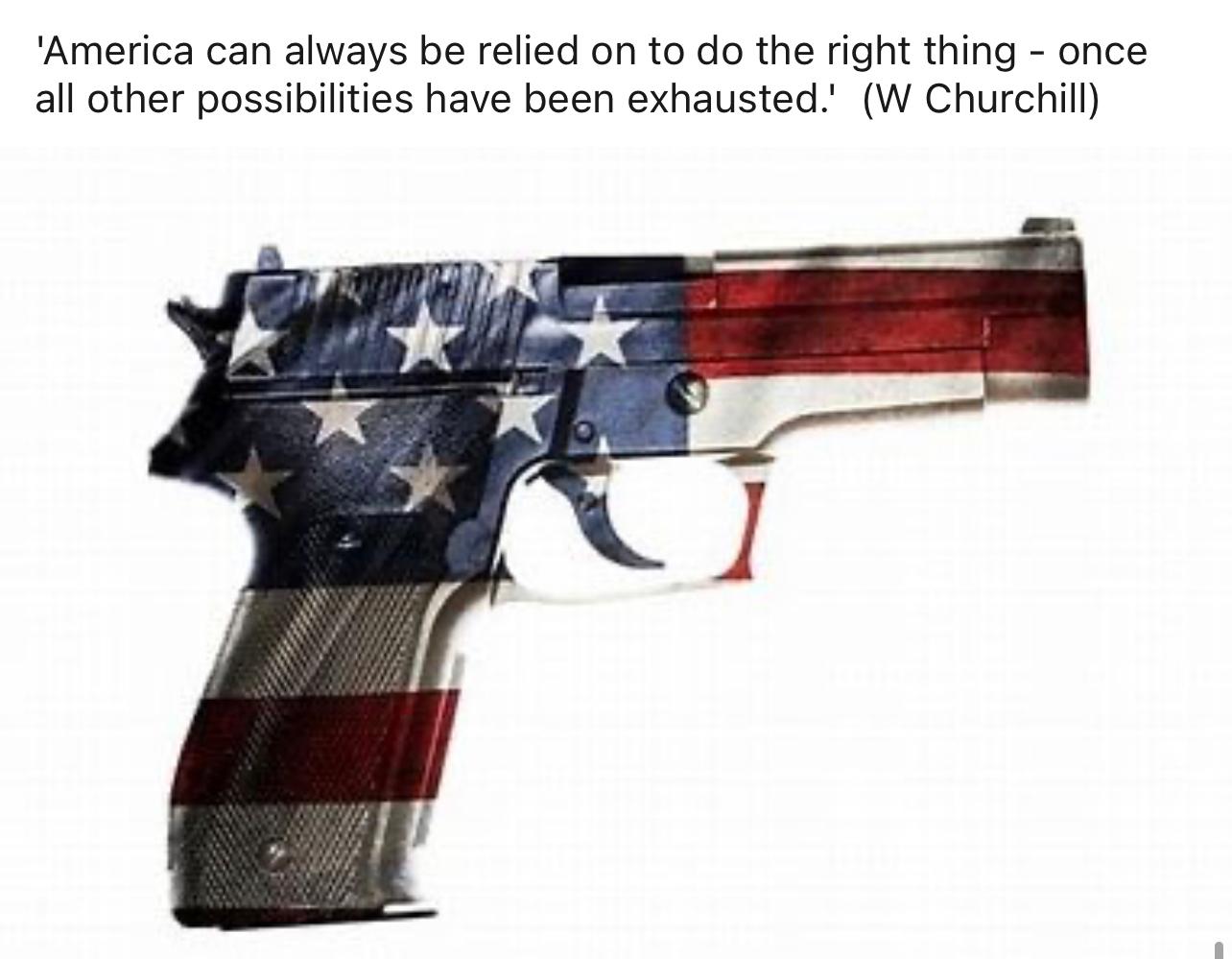 Tips and Tactics for getting through the... 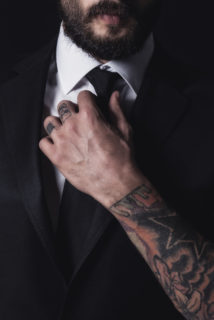