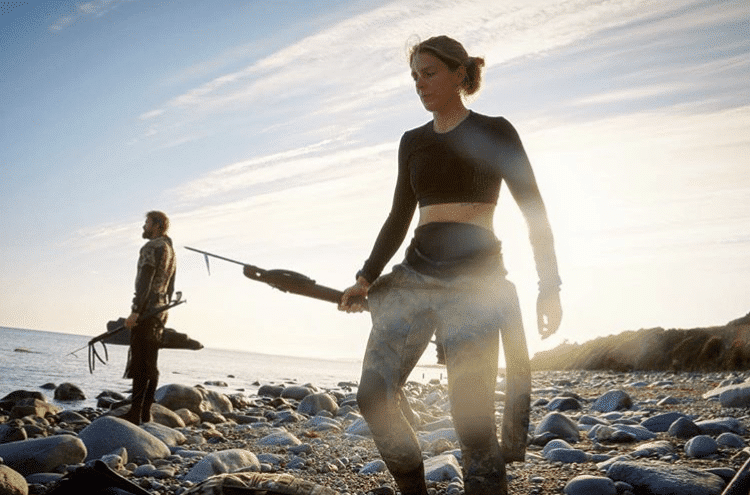 Our brilliant columnist Megan Hine on how survivalism IS creativity, and therefore a powerful route to empowerment and self-confidence.

The extent of our creativity is arguably one of the main traits separating us from the rest of the animal kingdom. Our ability to problem solve, to imagine things that don’t yet exist, to shape the world around us into tools. Combine this with our ability to manipulate fire, we can then take those rudimentary tools and craft them into ever more sophisticated technological solutions. This ability has helped us to leap up the food chain and build the world we inhabit today. To our ancestors, creativity was a fundamental part of overcoming the challenges of everyday life, from creating arrows from flint to communicating strategies of war.

The ability to creatively problem solve builds confidence in the ability to overcome challenges and a trust in ones own judgment and decision making processes.

Nature is the perfect canvas for learning creativity.

Dropped deep in the jungle for three weeks with nothing but the clothes I stood in, a machete and a medical pack I was accompanied by a cameraman, sound man, director and member of the public who was being filmed. The aim was to be the first of three teams to get to an extraction point whilst living off the jungle. My role: to keep them safe and to teach the skills required to survive the three weeks. The crew had a hammock camp which would follow along about a kilometre from us, where they could get out to recharge batteries on a generator. More often than not they would end up with us for the night as a kilometre through dense jungle can take a whole day of hacking with a machete to get out.

Being dropped into a hostile environment anywhere with minimal equipment takes a lot of creative problem solving. In the jungle you don’t want to sleep on the ground as chances are you’ll be visited by creepy crawlies – ants that pack a bite which has been compared to being shot, centipedes whose hairy bodies cause an instantaneous painful, itchy rash, and deadly snakes. Without a hammock we needed to build shelters each evening off the ground so had to improvise with what was around. Building water tight shelters to house us took a huge amount of energy, a lot of cutting and gathering. We needed to replace energy to be able to maintain this output so had to figure ways of building traps or spears to catch frogs and fish and the occasional snake unawares. We needed water, and lots of it, as jungles are typically very hot and humid and when you are working hard your body fights to cool itself down by profusely sweating out water, salts and minerals. Thankfully jungles typically have a lot of water sources, though, to be able to drink the water we required fire so we could treat it to kill off any nasties. As a side note, any water taken from natural sources (unless an appropriate spring) should be treated. Water is notorious for harbouring parasites, bacteria, viruses and Protozoa which can cause someone to become very sick. You don’t know what has died in the water or who or what has shit in it upstream. With the situation we were in, had one of us contracted a water borne sickness it would have been game over. Making fire meant we became opportunists: as we traveled, we gathered any materials we came across which might be good for creating fire.

‘Humility is the mother of giants’ - GK Chesterton A young instructor asked me a few days ago if I still felt the need to prove myself. 🏔 For some reason this has been playing on my mind since. The honest answer is we will always have to prove ourselves to others. And I most definitely will always have to prove myself to myself. 🏔 HOWEVER, this doesn’t have to be what drives us. There are certain people I want to notice me doing a good job but I rarely feel the need to ‘prove’ myself. In my line of work that would be dangerous. We cannot control what others think of us. So why waste effort trying to change their minds? 🏔 Recognising and accepting our own limitations and putting time into working on these is energy far better spent than trying to change someone, particularly when your job involves looking after the safety of others. I have always been a firm believer that ACTIONS SPEAK LOUDER THAN WORDS. 🏔 I’d love to know what you think about this. Do you feel the need to prove yourself and how do you deal with this? Or are you confident in your position?

Our lives are becoming ever busier, schools ever more regulated in what and how they should teach. There is the possibility that we follow a routine every day which helps us get through the day but runs the risk of putting us in an auto pilot state of just going through the motions. Often we stop questioning the world around us; when this happens and we encounter a hurdle in the road we can be so thrown by it we don’t know, or have forgotten, how to handle it. Exposure to new or challenging experiences helps build the resilience required to deal with the hurdles.

This is where nature gives us the opportunity to let our creativity flow. I am not suggesting a full on jungle survival experience (unless this is up your street). Though I do guarantee, when faced with the removal of the things we usually have on tap – food, water and shelter – having to source these yourself puts life into perspective. It also gives you a huge boost of internal confidence that you have the mental resources and improvisational skills to survive. What I am suggesting, depending on your previous experience as to where you start on the ladder, is loading up the car with friends or family at the weekend and going camping. If you have no previous experience find a camp ground which has basic facilities but allows you to make fires. Putting up a tent, creatively solving the issues of the inevitable forgotten bits and pieces, sleeping outside, figuring out how to light your fire is a great start. You can then progress onto wild camping or why not book onto a Bushcraft course or hire a climbing instructor to take you climbing outside?

If you have children, take them outside at the weekend. Let them lead your explorations. If you have a nature park or wooded area near you – even from the centre of London you can relatively quickly find natural spaces – leave the phones switched off for a while and take a walk encouraging your children to play or create dens. It is likely once they accept the new freedom, they will very quickly get into it, creating an imagined world around them. A simple but fun game to play as a family when encouraging young people along for a walk is ‘camouflage’. As you walk along a track stop and decide who will be the spotter. While they count to 30, the rest of you run and hide. The rules are you have to hide along the track in the direction you were travelling and you have to be able to see the path so as the watcher walks past you can see them. The watcher then walks along the path, looking for you. With practice you realise just how close to someone you can be without them seeing you. This is a game I regularly play myself with friends as it helps build a confidence in movement skills and escape and evasion should the need arise.

Nature should be enjoyed on your terms and should be fun. I guarantee it won’t feel so fun in the pouring rain, but afterwards you will experience a rush of satisfaction that you ‘survived’. Stick with it – like anything it takes practice and experimentation to figure out which aspects you like or don’t like and as you progress on your outdoor journey. Many people will find that its actually the tough times they crave in hindsight. The driving sleet in the mountains, which was so miserable at the time, many realise in hindsight how empowering this was. So get outside, experiment, push your comfort zones within the boundaries of your own experience which I promise will grow rapidly. 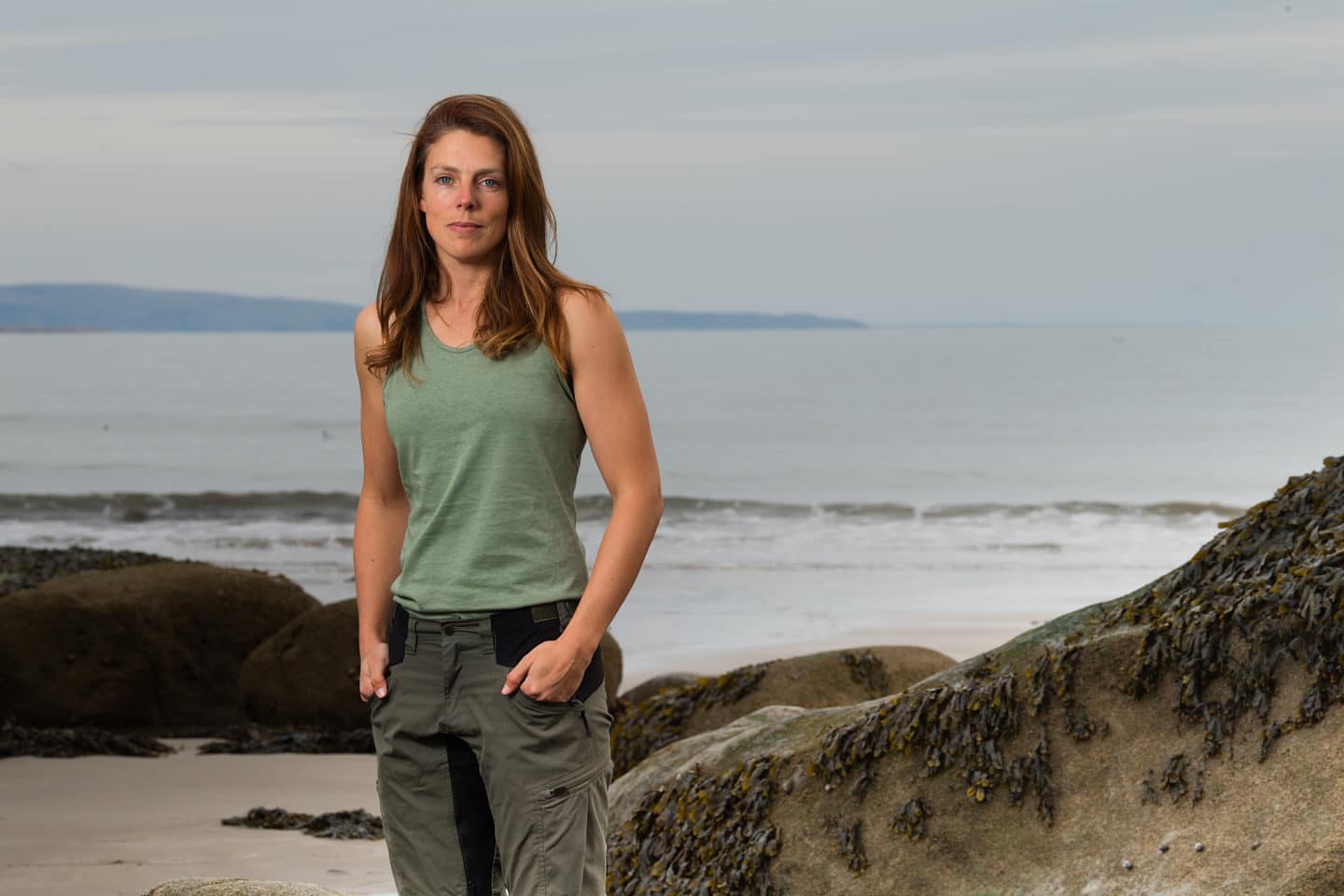 Sign up to our daily newsletters to get Megan's words of inspiration direct to your inbox, plus the best of The Book of Man. 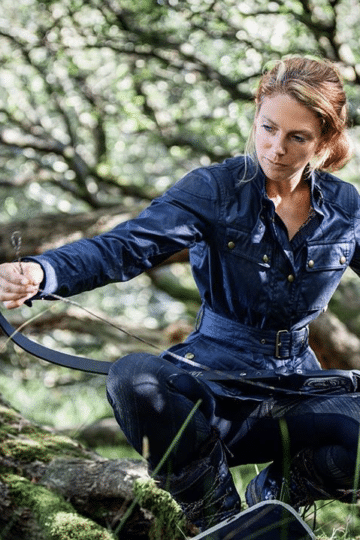 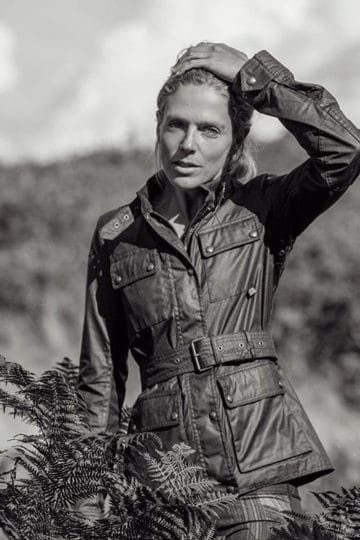