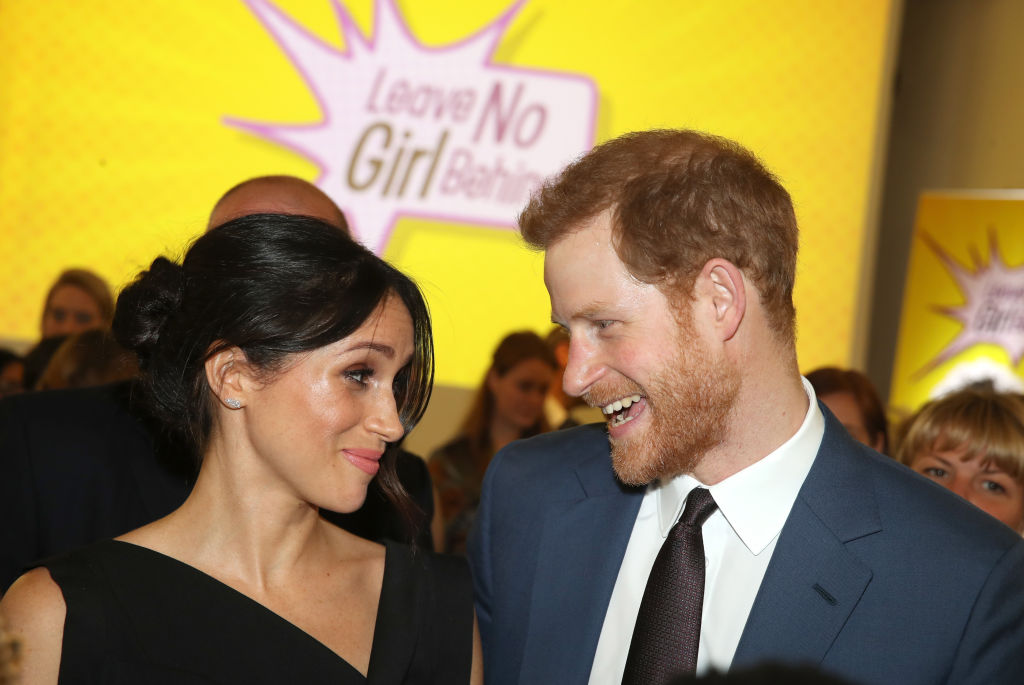 The Book of Man's Martin Robinson on why Royal wedding nausea should quelled for a second to think about Prince Harry as the epitome of new masculinity.

Normally I wouldn’t give two tiny fucks about a Royal Wedding. I’d rather have invasive bowel surgery than watch all the pomp and circumstance on the TV. I can remember as a kid all the coverage of Prince Andrew’s wedding to Sarah Ferguson, how it lasted for hours and hours, and my mum recording it all using 3 different VHS tapes. I’m not going through that again. I won’t be tuning in.

But, at the same time, when I catch the latest updates about the big day on the radio, or see the couple on knock-off market merchandise, I find myself happy for Prince Harry. Weird. I don’t know him, I don’t like the institution of royalty, and I’m not married, so there’s no sentiment there, but I’m happy for him. I think I like him.

I don’t have my usual Royal hostility towards his brother William either, but Harry’s the one who I’ve taken to, I guess because his story feels quite human and shows transformation.  The raging younger boy to an apparently perfect older sibling. The party animal turned good bloke. The soldier who compared flying Apache helicopters in Afghanistan to playing video games, then later set up the Invictus Games for wounded veterans. The ambassador for mental health awareness who uses Heads Together events to encourage men to open up about their problems – and, importantly, showing that’s ok to do so by talking on camera about how he failed to deal with his mother’s death properly at the time – poor kid was 12 – and hiding the hurt away for years and years.

It’s been quite a shift. His ‘wild child’ past with ill-conceived Las Vegas nudity and plain stupid Nazi uniform antics, revolted me at the time. Just another out of touch posh boy twatting about with his casually racist friends from the upper echelons of society. Yet, given his circumstances, given his problems, given his youth and environment and how the drink can get you – you can understand it even if you don’t like it. Which means he’s deserved a chance at redemption. And he’s taken it. Gearing his life towards charity work and social causes, using his mistakes to right some wrongs – admirable.

Sure this wedding is going to be a flagrant spunking of tax-payer money, and despite paying for it, most of us won’t so much as sniff a vol-au-vent, but if it’s going to be any of these wallies getting my cash, let it be Prince Harry. At least he’s a decent role model for men, at a time when we really need them. If young lads are looking for men in the public eye to emulate, rather it be him than any muscled Marvel man deep-squatting in the gym like a greasy wallaby. Rather it be someone who’s dealt with the harsh realities of life, fucked up from time to time, but in the end wants to take responsibility and improve the world. Rather it be him than a YouTube video game star who has as much life in his eyes as the zombies he’s slaughtering.

You can sense the undercurrent of contempt in the British media for Meghan Markle. It’s palpable, on the verge of exploding. The papers are so desperate to just lose it and plaster across every front page: ‘SHE’S AMERICAN AND BLACK!’ They can’t do it, so it’s coming out in weird ways. Like the contemptuous muttering about her wayward (actually ill) Dad, and which other women secretly hate her, and all this weird, obsessive, basically racist, shit about her skin tone.

But Harry treats her with all the respect in the world. He defends her – remember that statement when they first started to date: “His girlfriend, Meghan Markle, has been subject to a wave or abuse and harassment…the smear on the front page of a national newspaper; the racial undertones of comment pieces; and the outright sexism and racism of social media trolls and web article comments…Prince Harry is worried about Ms Markle’s safety.”

And isn’t afraid to let her speak for him in interviews (“Ooh look at her, full of herself,” they hooted on Googlebox), attends women’s empowerment events at her side, and is clearly very much into her. Look, they’re getting married, which sometimes has been known to indicate love.

I will not be watching the wedding, I still would prefer invasive bowel surgery, but if I catch a glimpse of it on TV as I’m trying to find ‘Naked and Afraid’, I shall quell my nausea by thinking: that guy Harry, he’s alright. He may even be an inspiration. I don’t care if he’s over-privileged, what if all men from all backgrounds tried to lose the laddishness and redefine themselves as adults in order to be an example for others? Well, that may just change the world we live in.

Prince Harry then: the epitome of a new masculinity. Decent beard, too.

If you don’t want anything to do with the wedding due to reasons of lost love read our guide to The Best Heartbreak Albums.